Tu-160 die due to lack of spare parts 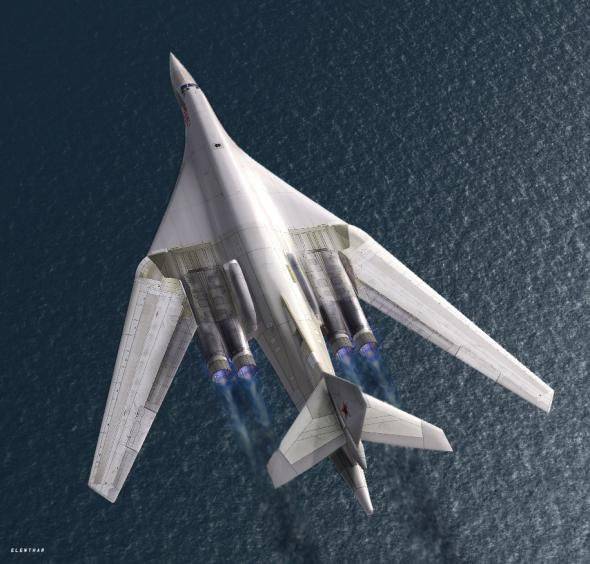 October 31 2011: Russia's efforts to maintain its Tu-160 long-range bomber fleet failed because the Russian Air Force cannot order enough Tu-160 engines to support the manufacturer. The Air Force only needs about five NK-32 engines per year. Each Tu-160 is equipped with four 3,5-ton engines. Most of these engines were built 10-20 years ago and have been overhauled several times. After some time, these engines will not be repaired, and that is why some new ones will be needed. However, the manufacturer insists that the lowest economic annual output is twenty engines. Otherwise, the price for one engine if you order five per year will be more than the government is willing to pay. Negotiations continue.


Such news very upset Air Force generals. In part, this is because a year ago, two Tu-160 made a record 23-hour 18 000-kilometer flight around the perimeter of Russia. This required two refueling in flight from IL-78 tankers. This feat was not particularly new. Two years ago, the Tu-160 made an 21-hour flight. Although the aircraft was developed as a heavy bomber, in the past few years, the Tu-160 was largely used as a long-range reconnaissance aircraft. But even in this role, the Tu-160 can carry cruise missiles and other weapon air-to-ground The leadership of the Air Force believes that the Tu-160 is a valuable asset and should be left in operation. However, after the end of the Cold War, Russia's defense industry faced great difficulties in providing troops with spare parts. Many of the companies of the Cold War era were bankrupt, and the survivors often did not produce products of such quality as they did before.

Three years ago, Russia received its first since the beginning of the 1990's new heavy bomber Tu-160. Production was revived five years ago. The plans were to produce a new Tu-160 aircraft every 18 months, until the 14 units were built in total. But it seems that these plans were postponed in favor of upgrading equipment on existing aircraft. Currently 16 Tu-160 are in operation.

Production of the Tu-160 was discontinued in the 1994 year, some of which remained partially completed. Apparently, the first of the latest "new" aircraft is one of those that remained unfinished in the 1990 year. With the collapse of the Soviet Union in 1991, many Russian military factories were closed. This happened in part because the Soviet Union was literally bankrupt. The defense budget was cut by more than two thirds, and the production of weapons suffered the most. There were only factories producing products for export. However, some of the closed plants were saved, and now many of them are being re-commissioned. But resurgent companies can not return talented designers, managers and skilled workers. All the best people work in more profitable commercial firms.

Tu-160 "Blackjack" is very similar to the American B-1, but was never able to reach its potential. Nevertheless, it is the most modern Russian heavy bomber. This 267-ton aircraft, which can carry up to 40 tons of bombs and missiles at a distance of 12 thousands of kilometers. The aircraft has an in-flight refueling system. It was first commissioned in the 1987 year and was intended primarily for the delivery of cruise missiles. Noting the successful use of the B-1 bomber smart bombs in Afghanistan and Iraq, the Tu-160 were modified to be able to do the same, in addition to maintaining the ability to carry cruise missiles ..

We are in Yandex Zen
Rotational engine. Dirty warrior ...
An-12 in Afghanistan
43 comments
Information
Dear reader, to leave comments on the publication, you must to register.