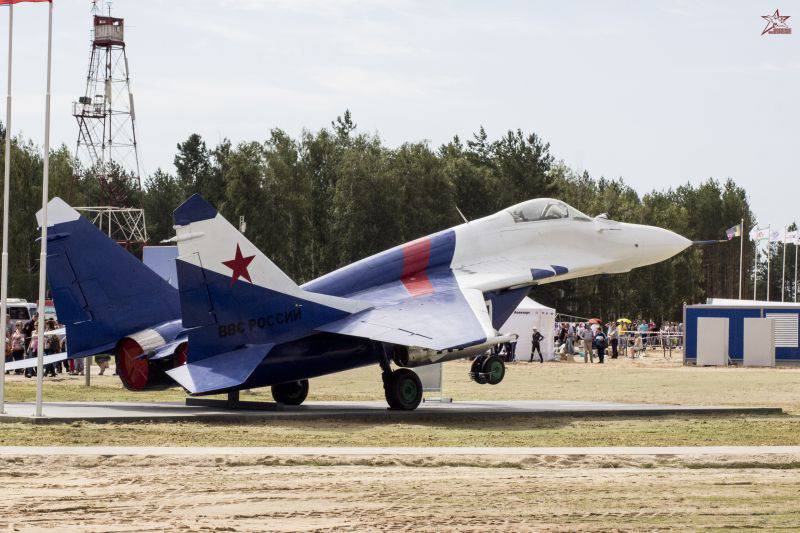 It is convenient to observe a person in his usual environment. And when the normal course of events is suddenly broken, you can see the same person from the other side.

When we arrived at Aviadarts in the village of Dubrovichi in the Ryazan region, there was a holiday atmosphere. In general, pilots are rather peculiar people. But in such an atmosphere is very informative. We were told with great satisfaction how this polygon was built, how it is generally lived and served. 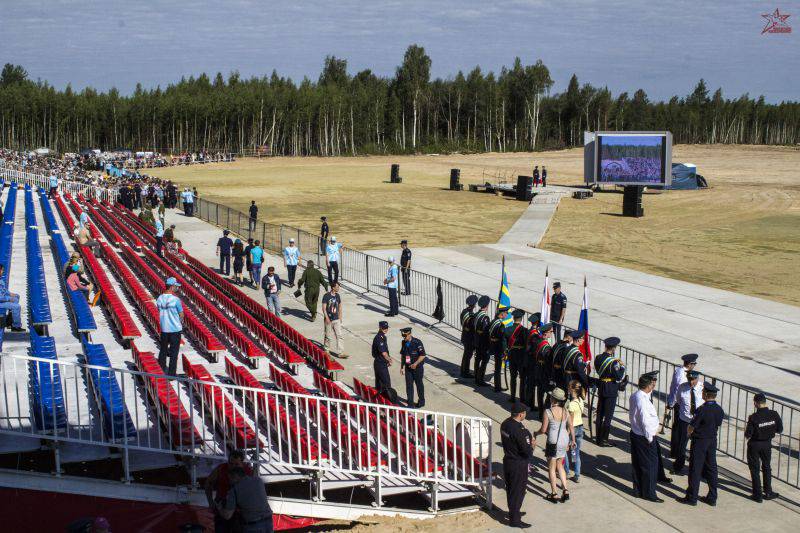 Air Force Major Moseychuk, who spent a fair amount of his time on me, was not a representative of the Air Force information service. Attached, so to speak, to gain. But during the communication with him I received more information than ever. In general, the major turned out to be a real major comrade. Competent in many matters and sincerely willing to help us in our work. Huge thanks to him for that, and let his Tu-95 never break.

Even in the speech of the Commander-in-Chief of the Air Force, Bondarev, the festive mood showed through. 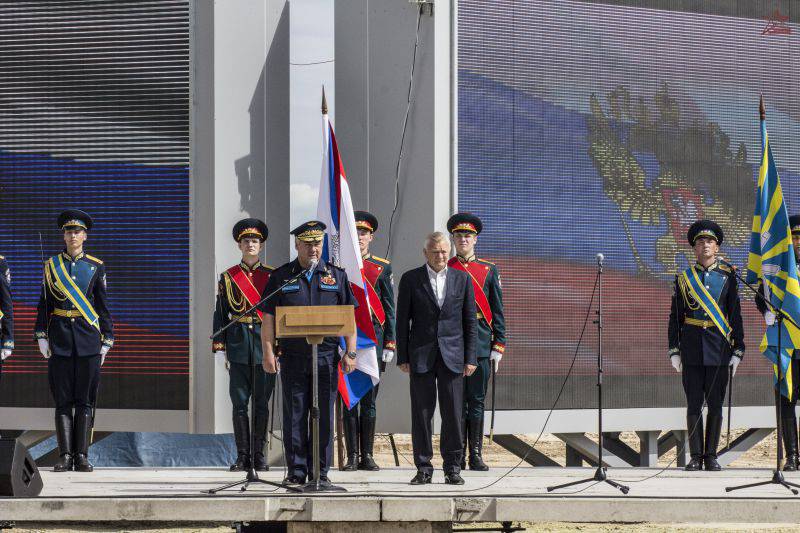 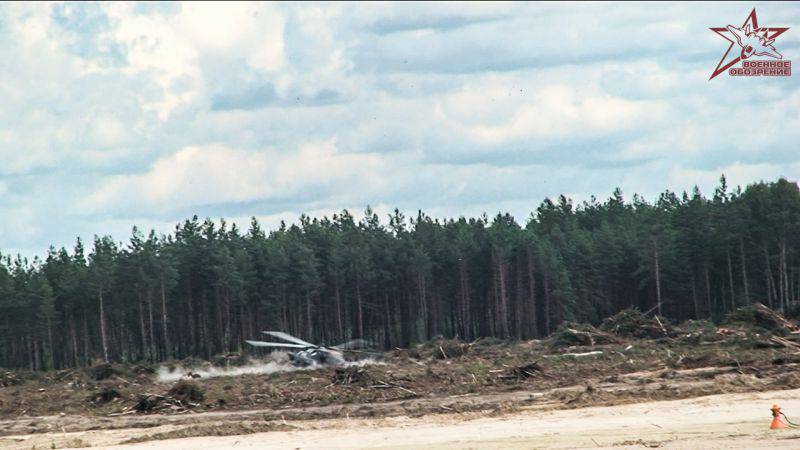 It all ended in exactly a second. 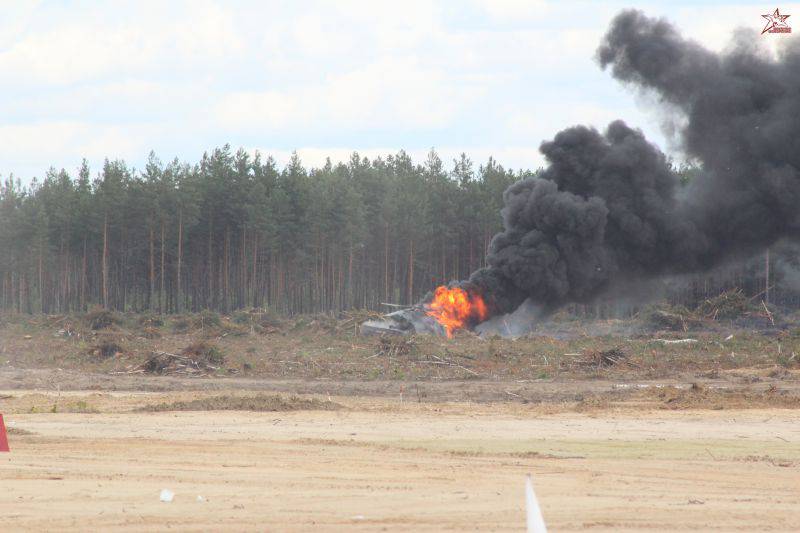 The helicopter fell, and with it all hopes that it would be all right fell. Immediately the military police cleared the passage for fire and ambulance cars. Fire extinguishing and evacuation of pilots began. 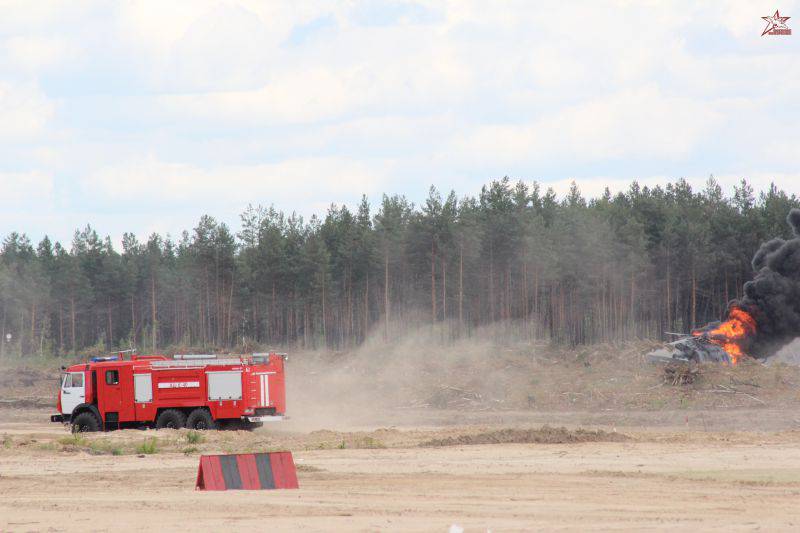 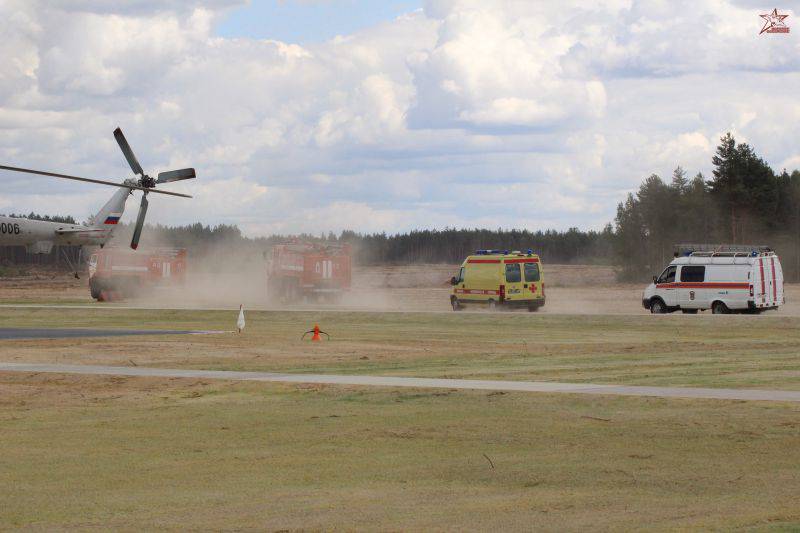 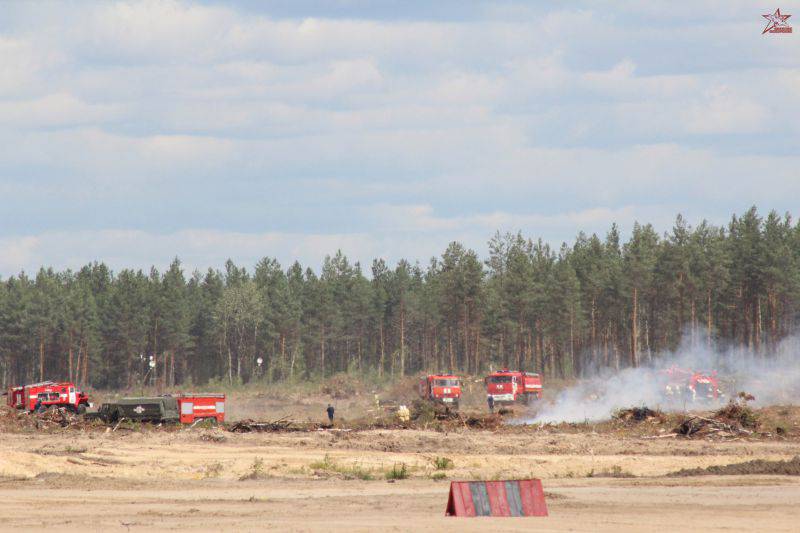 The rest could only wait.

People have changed in one moment. Tense waiting. Experience. In general, all those present experienced, someone more, someone less. From the very beginning, Roman and I took the place a little apart from the rest of the press. In the corner under the windows of the control tower. And the helicopter fell just opposite us.

A few minutes later a whole bunch of people in blue uniform gathered. Silently and without stopping, they looked at the place where the firemen were shooting down the flames from the burning helicopter. They watched every car leaving the crash site. Silently.

Then some representatives of the press pulled themselves up. They began to shoot reports on the background of the helicopter. Some approached and asked to answer questions. The reaction of the pilots was one - as if talking to them pillar. Well, and reacted about the same - in silence and utter confusion in his eyes.

When the information passed that one of the pilots was alive, and the doctors were fighting for the second, he let go. But not for long.

We just looked at these people. We were with them. 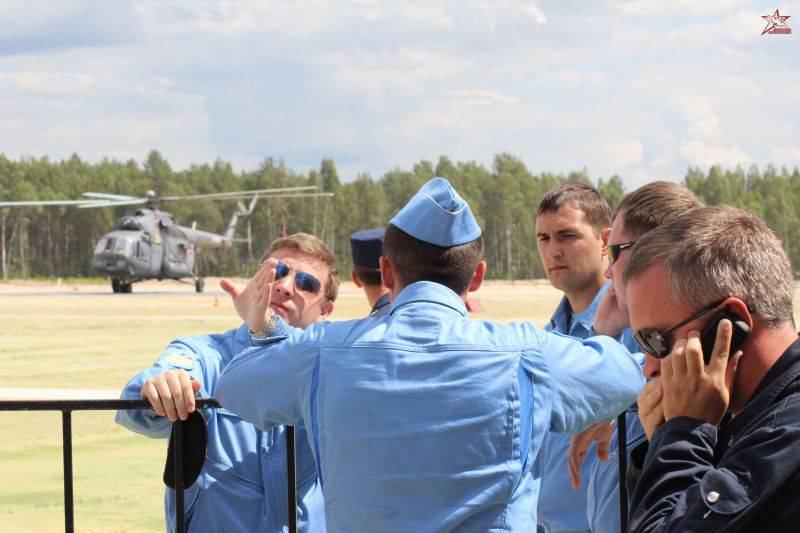 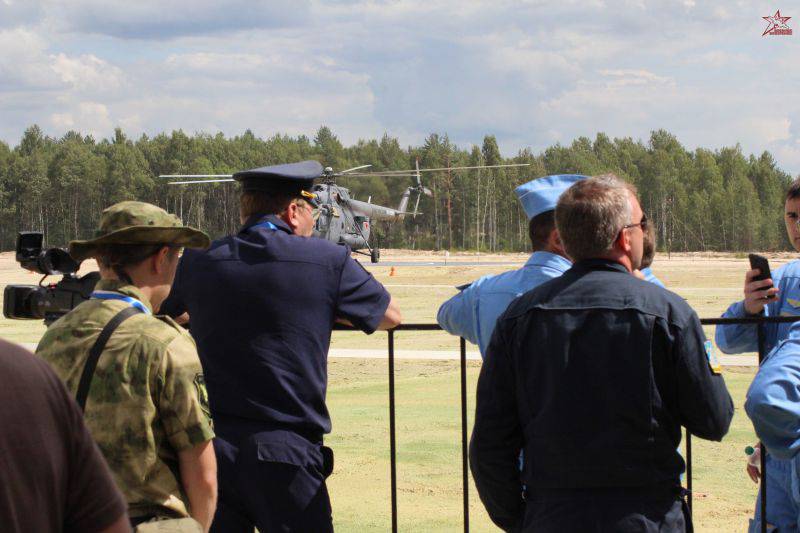 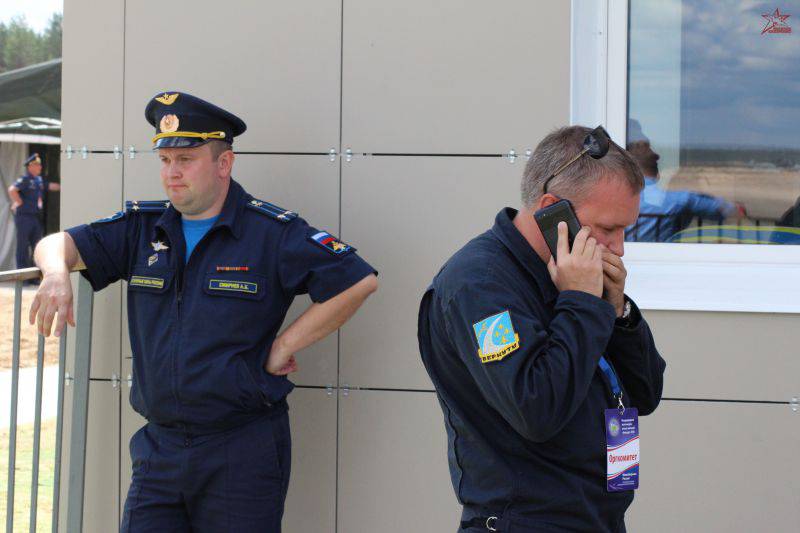 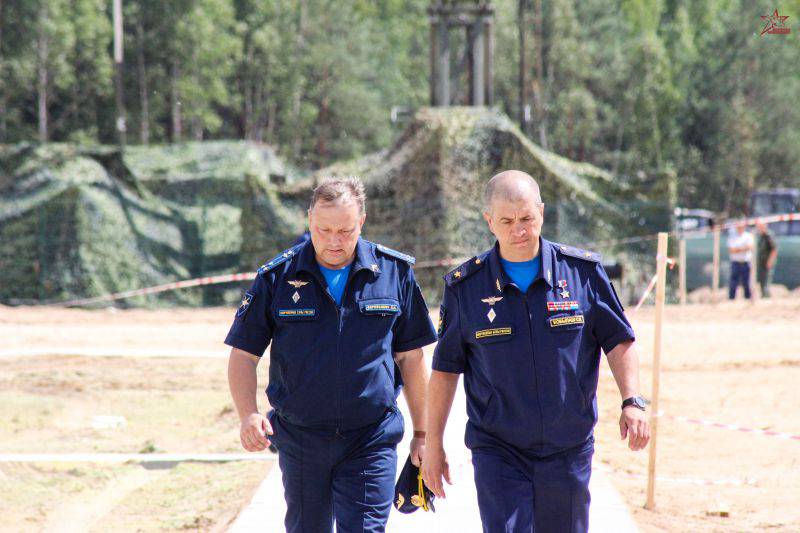 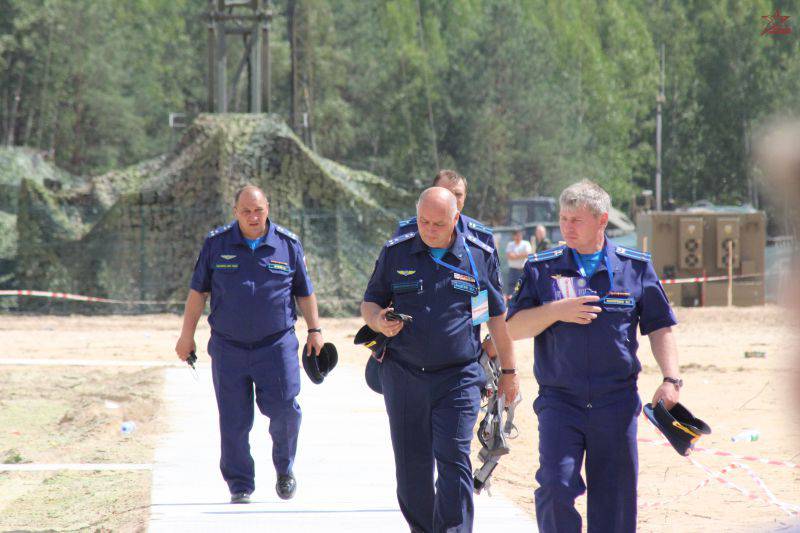 Ctrl Enter
Noticed oshЫbku Highlight text and press. Ctrl + Enter
We are
Who has the keys to our sky?"Aviadarts-2014" gathered a lot of participants and spectators
Military Reviewin Yandex News
Military Reviewin Google News
19 comments
Information
Dear reader, to leave comments on the publication, you must sign in.