Country 404. About the Navy, marines, glory in general and Peremog in particular

July 29 2015
39
Peremoga is a very delicate matter. As the practice of observing an object (Ukraine) shows, it is often one step from this very peremoga to the fullest one. I did my best not to do it, but, alas, it did not work out.

20-21 July 2015 of the year in the Mykolaiv region, at the “Wide Lan” training range, tactical exercises were held with the participation of the 1 Brigade of the Marines of Konstantin Olshansky and the forces attached to her.

The creation of this brigade united the remnants of the 2014-th Theodosia Separate Marine Battalion, 1-th Separate Marine Corps Battalion and 501 Separate Coast Defense Brigade from the Perevalnoye disbanded in 36. As usual, "I blinded her from what was." And sent to maneuver. The song performed by Commander-in-Chief Poroshenko.

According to the press center of the Ukrainian Navy, "Together with the indicated brigade, ships and auxiliary equipment of the Ukrainian Navy also participated in these exercises, aviation, special forces and others. During the exercises, the marines made a march to the combat area, organized security and defense of the deployment points using engineering equipment, conducted air and sea landing and captured the coastal territories of the conditional enemy. "

In principle, the translation is not particularly needed, and everything is clear. The brigade was supposed to land on the beach and "bury" it. It seems everything turned out, but was there a boy?

Let's just pozyaginay fingers on what he saw. So, what did we see?

1. Landing ship. This is "Kirovograd". It was created back in the 1970 year by the Poles, caught by ours in the Crimea last year, but as superfluous it was given back to Ukraine. Moreover, his civilian tug was being dragged to Odessa, because the greedy Russians did not give up the military tugs. 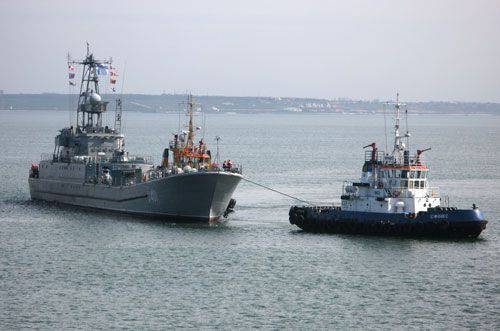 Then the golden hands of the Odessa ship repairmen put the watercraft on the course, now it floats. And even able to transport an 2 BTR. Actually, it should be 6, but apparently the depth did not allow. Or something else.

2. Artillery boat "Pryluky". It was he who performed the role of the minesweeper, about which the diva spoke in a report.

5. Helicopter "head forces" Mi. One. The second one, Ka, who, like a scout, doesn’t actually appear on the lists of weapons, so they could also paste them from somewhere.

6. Stealth- "Litak", from which the landing was already landed in 4 man.

I'm the whole list to what freaked out? Did you see the brigade here? Or maybe pobachili? Me not.

Four inflatable boats landed man 40 on the force. Maybe the same was in the sad coffin "Kirovograd". Well, some amount on the shore depicted "terror". Where is the team?

Well, that's not all. That is, in fact, the solemn construction after the exercises. Distribution of a piece of iron on the chest distinguished, singing a hymn and other pleasures. By the way, did you notice that the commander-in-chief is in uniform and without a head one? Whether the cap was not found the right size, or there is nothing to remove ...

A brigade is like 1,5 to 4 thousand people. Has anyone ever seen one? The camera didn’t capture the marines in such a way that it couldn’t be brought so that the Lord wouldn’t bring them, not to show their real number.

It is clear that if 1 decided to serve Ukraine from the 137 battalion of the Marines, and from 501 as much as 59, it is understandable in principle. Well, they added some more from the coastal defense. But the brigade is not pulling.

Well, on arms go easy. If you believe the data of the General Staff, then this brigade weapons - heaps.

The presence of the following weapons is stated:

Infantry fighting vehicle BMP-2 in the amount of 75 pcs.

Armored personnel carrier BTR-80 in the amount of 50 pcs.

Armored personnel carrier BTR-70 in the amount of 50 pcs.

Armored car HMMWV (USA) in the amount of 36 pcs. (Fresh gift of the president!)

There was something to be seen in the passage in front of the president. 7 tanks, eg. Where the rest is hard to say. The same applies to everything else.

In his speech, Poroshenko said that modern equipment, equipped according to NATO standards, would make the marines and naval forces of Ukraine mobile, effective and invincible. Again, apparently, the morning was hard. Where is he talking about?

“Today, when Ukraine is undergoing a decisive time for testing external aggression, I can proudly say that Ukrainian“ black berets ”are fully prepared to defend their native land and native seas. The battle for Ukraine, for its independence will end in victory thanks to the courage and heroism of our soldiers, multiplied by national solidarity, unity and global support. " (P. Poroshenko.)

In short, blessed and sent under Mariupol. Win.

So it turns out that this is some kind of peremoga, but taking into account where the newly created marines of Ukraine went to win - I would not be in a hurry with the conclusions. Well, and "from scratch" created by the coastal defense forces - no more than another puff performed by Peter Alekseevich. Because this "zero", as we see, was already in the 70s of the last century.

And meanwhile, I will throw one more materialchik. There translation is generally not required, so everything is clear.

It causes only pity, and nothing more. Well, dear you are ours, well, who bothers you a piece of paper, another whip? Would live like people in Feodosia or Kerch. Would take part in normal exercises, and not in poor poskakushkah. And there would be a decent and almost calm service. Without a prospect of running under Mariupol, on their own former colleagues. But no, patriotism, so his ...

Well, a little photo. So, for comparison. 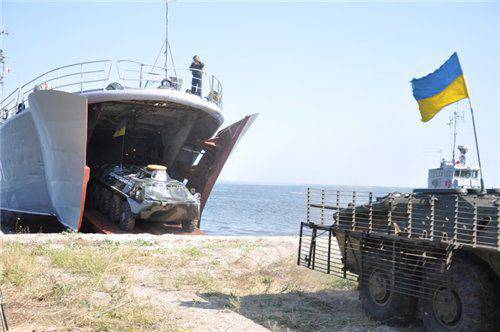 By the way, pay attention to the inscription on the armored personnel carrier - "experimental" ... 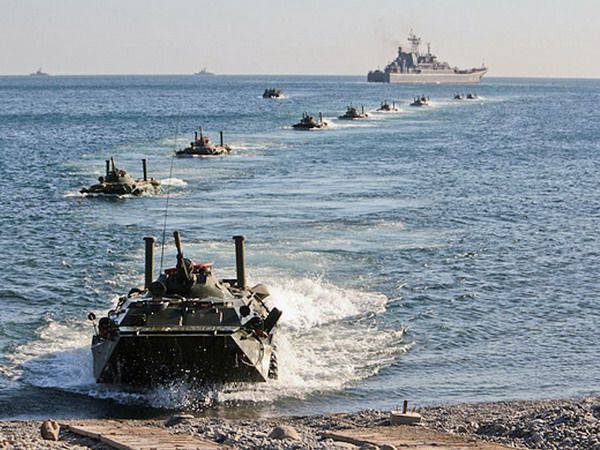 It is clear that this is "grown-up" 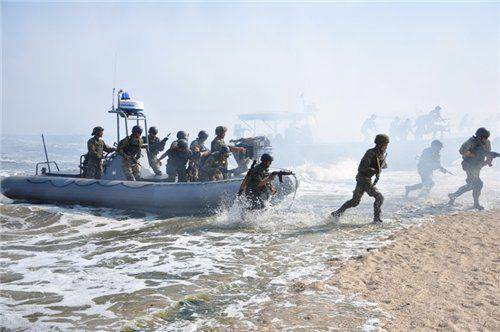 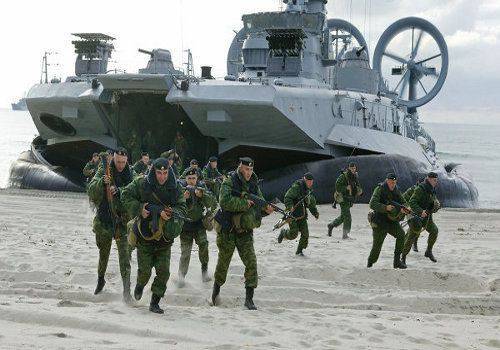 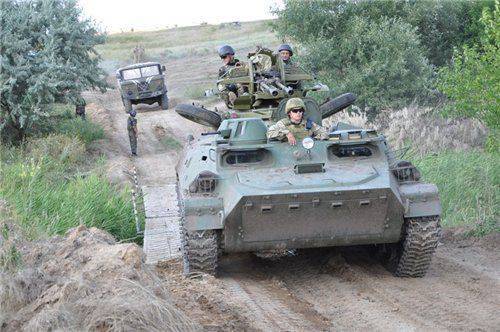 "Motolaba" as a BMP ... Apparently, the BMP is over. Or in Donetsk. 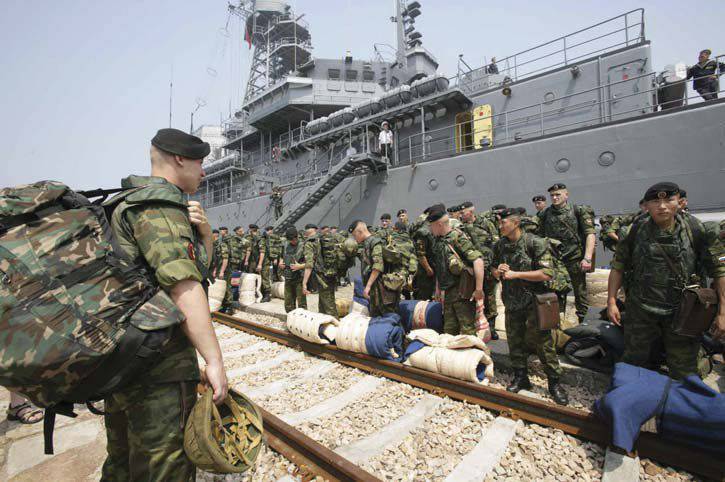 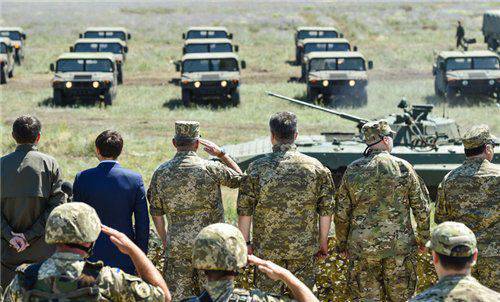 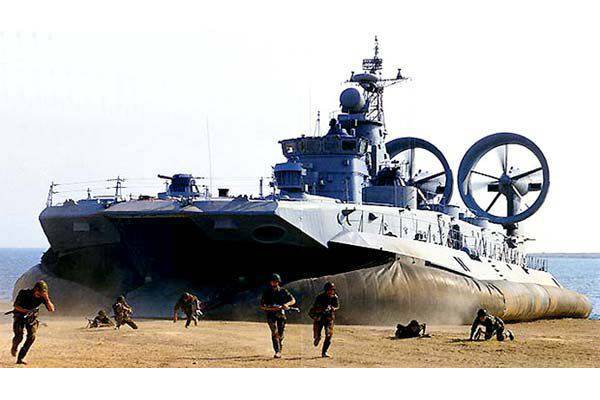 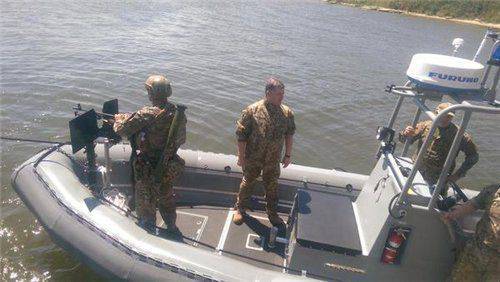 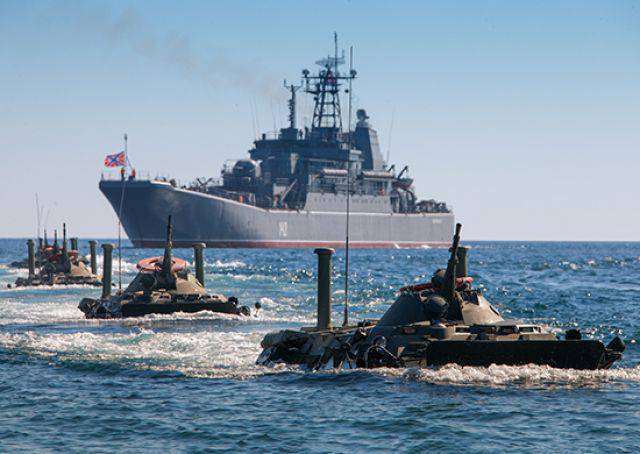 Well, in principle, it is clear that I wanted to say this. Whose marines need to shout "Glory", no doubt?