New details of the resumption of construction of the Tu-160

July 22 2015
84
In late April, Defense Minister Sergei Shoigu during a visit to the Kazan Aviation Production Association. S.P. Gorbunova declared the need to resume the serial construction of Tu-160 strategic bombers. According to the head of the military department, this aircraft is a unique machine, several decades ahead of its time, due to which its potential has not yet been fully utilized. For this reason, the Minister demanded to study the existing possibilities and begin restoring the production of aircraft.

Soon after the statements of the Minister of Defense, the first information appeared about certain features of the hypothetical program for the resumption of the construction of bombers. In mid-July, the leadership of the military announced new data on a promising project. In particular, the approximate timing of its implementation and the impact on other projects currently being developed were disclosed. According to the latest data, the Ministry of Defense is planning to modernize the equipment available to the troops, as well as to build new aircraft. 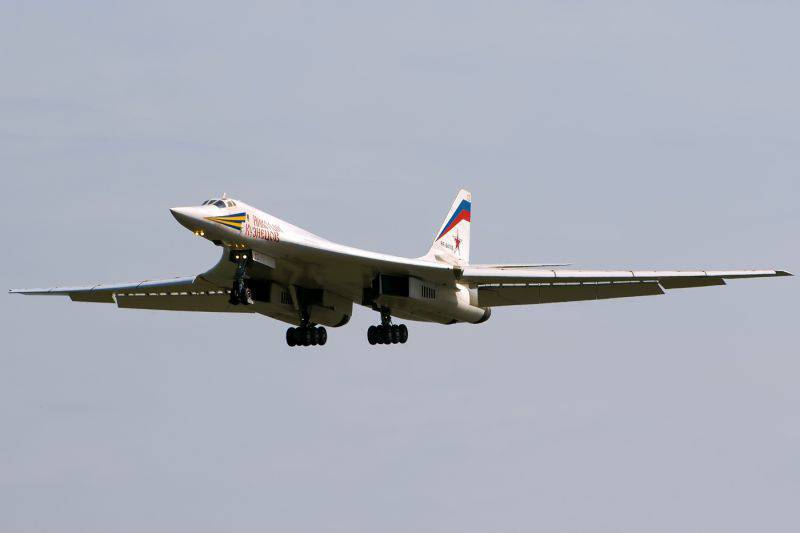 On July 17, Deputy Defense Minister Yuri Borisov visited the Kuznetsov enterprise (Samara), which develops and produces aviation engines. During this visit, the Deputy Minister spoke about some of the plans of the military department regarding the modernization and construction of Tu-160 aircraft. So, after the upgrade, the existing aircraft will receive the Tu-160M ​​index. New production vehicles, in turn, will receive the designation Tu-160M2.

The development of two projects should take several years. According to current plans, the development work on the Tu-160M project will be completed in 2021 year. The development of the project Tu-160М2 will take two years more. This information allows you to roughly imagine when work will begin on the modernization of existing aircraft and the construction of new ones.

The Samara Kuznetsov Plant was previously engaged in the manufacture of the NK-32 turbojet engines, which were installed on Tu-160 serial bombers. In the near future, this company will have to resume full production of aircraft power plants. According to Yu. Borisov, in 2017, the enterprise “Kuznetsov” will be charged with a serious burden. The plant will have to produce NK-32 engines at a rate of about 20-22 products per year. In addition, it is assumed that Samara experts will not only make new engines, but also maintain the efficiency of those already used.

In addition, the Deputy Minister of Defense noted that an updated version of the NK-32 engine should appear in the future. By improving the characteristics of this product in comparison with the basic version, it is planned to raise the main indicators of the aircraft. In particular, the range of the new version of the bomber should increase by about a thousand kilometers. Y. Borisov said that the NK-32 engine was upgraded, which resulted in a number of new nodes. As a result, increased efficiency and resource that accordingly should affect the characteristics of both the engine and the aircraft.

Probably, the updated engines will be installed on existing Tu-160 aircraft during their repair and modernization. In this case, the main focus is currently not on updating existing machines, but on building new ones. It was for their equipment created an updated engine.

Development work on the Tu-160М2 project should be completed in the 2023 year. After this, enterprises in the aviation industry will be able to start building serial bomber upgrades. Y. Borisov announced plans for the rate of production of new equipment. After 2023, it is planned to build at least three new aircraft every year. The duration of serial production and the total number of aircraft planned for the order has not yet been specified.

Commenting on the mutual influence of Tu-160М / М2 and PAK DA projects on each other, Y. Borisov noted that the production of the latter will have to be shifted slightly. Otherwise, according to the deputy minister, “what's the point?” Thus, the new serial Tu-160М2 will appear a bit earlier than the first samples of the promising bomber PAK DA.

Thanks to recent statements by the Deputy Minister of Defense, the volume of official information on the project to resume construction of the Tu-160 has increased significantly. Previously, only some of the plans of the military and the aviation industry were known, and now the timing of the implementation of various phases of the project and other features of a promising program have become public knowledge.

Earlier, the Ministry of Defense and defense industry enterprises announced some information about the new project. So, just a day after the first statements by Minister S. Shoigu, the Radio Electronics Concern (KRET) expressed its readiness to participate in the new project. According to the press service of the enterprise, KRET is ready to start creating a highly efficient electronic warfare complex and other equipment to equip the upgraded and new production Tu-160.

At the end of May, the Commander-in-Chief of the Air Force, Colonel-General Viktor Bondarev, spoke about some of the features of the planned construction of new bombers. In order to recoup all the costs of production, it will be necessary to build at least 50 new aircraft for several years. In this case, the program will be the most profitable in terms of financing and costs.

As follows from recent reports of officials, in the coming years, the aviation industry will be engaged in upgrading the existing 16 Tu-160 bombers, as well as preparing for the construction of a new technology in the updated version. The first serial Tu-160М2 will appear no earlier than 2023 of the year, which, however, will lead to a slight shift in the time frame for the implementation of the PAK DA project. Nevertheless, despite such shifts and substantial costs, the project currently being developed will significantly increase the potential of Russian long-range aviation and extend the service life of equipment, which will also have a positive effect on its combat capability.