Russia woke up an industrial giant 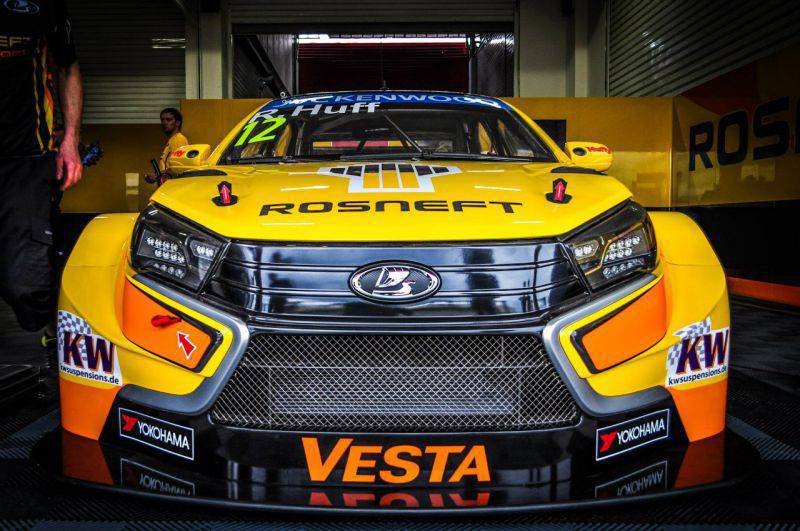 If I were given one dollar for each read comment that Russia does not produce anything, that the industry collapsed and that we are hopelessly behind the West, then I would have become a millionaire long ago. I know that many of those who write such comments are not paid State Department trolls, but are innocent victims of the editorial policy of our media, for whom the story of the next “space” tram UralVagonZavod is boring and “unformat”, but savoring the next one forecast about the imminent collapse of the ruble - a good topic for the plot. Infopole creates images, including the image of the country in which we live. And then the image puts pressure on our consciousness. It's time to correct the image and get rid of the image of a country that does not produce anything.

In Ekaterinburg, Innoprom-2015 recently ended - and this event is a bit like a parade of modern military equipment in Red Square. In our century, wars are fought mainly for markets and mainly economic methods.

We produce the best weapon in the world, and now it's time to make our civilian products as famous, recognizable and desirable as our weapons. The state is moving in this direction. For example, the state corporation Rostec, which has already earned a reputation as an excellent weapon manufacturer, has set itself the goal of becoming a world leader in several segments of civilian products, with particular emphasis on developments in which electronic, nano and biomaterials, as well as software management.

In a certain way, Innoprom is a review of the potential of our companies and an opportunity to see what our friends from different countries can do. The spectacle was impressive!

Denis Manturov, Minister of Industry and Trade, very clearly explained why this exhibition was organized:
We purposefully create the prerequisites for Russian and foreign companies to unite efforts and increase the level of technology for a joint struggle for markets. The forum opens in this direction large-scale prospects for cooperation.
The minister said - the minister did. At Innoprom several very interesting contracts were concluded that would open up new sales markets for Russian enterprises and their allies. For example, a tripartite agreement was concluded between VSMPO-AVISMA, Boeing and UrFU, under which the signatories will develop, produce and introduce titanium alloys with unique qualitative characteristics into production. Boeing, apparently, did not hear about the isolation of Russia. The British corporation Rolls-Royce also joined the line for Russian titanium alloys.

At Innoprom was recorded a real breakthrough in the markets of Argentina. Uralmash will supply specialized equipment to Argentinean oilmen, Power Machines will supply power plants for the Argentine Chiuido HPP, and finally the main news: Argentina will set up a joint venture for the production of KAMAZ vehicles.

By the way, about KAMAZ. I am sure that many of you have seen stories about the so-called “Google-car” - an unmanned vehicle, on which the American company Google is working. But few people know that KAMAZ, a Russian company that is part of the Rostec state corporation, is also involved in car drones and even presented at Innoprom a project to develop a distributed network of vehicle management without a driver in Russia. This is striking, but we often fail to notice that our state-owned companies often do not lag behind the most innovative companies in other countries.

Russian car industry pleases with its development. For Russian cars it is not necessary to blush, and they look at the level of the best foreign competitors in a similar price range. AvtoVAZ, another company to which the state was involved through the Rostec state corporation, brought its new product Lada Vesta to Yekaterinburg, which will soon be launched into the series. The novelty made a good impression on journalists and guests of the exhibition.

As a supporter of the struggle for the digital sovereignty of our country, I was particularly pleased with another exhibit - the Tavolga monoblock. The United Instrument-Making Corporation, which is part of Rostec, together with T-Platforms, presented a special “secure version” of this Russian monoblock, which is designed to work in the defense sector and in state-owned companies. It remains to wait for the 2016 of the year, when the production cycle will be fully established in Russia using the Russian processors Baikal-M.

In order for our industry to continue to delight us with new achievements, we need money for research and for the creation of new industries. At Innoprom it became clear that the money will be. For example, the State Fund for Promoting Innovation and the Government of the Sverdlovsk Region signed an agreement on the division of labor in support of the Ural industrialists who are engaged in new technologies. Regional officials will have to provide conditions for the launch of new industries, and the Fund will allocate money for research in the form of grants from 400 thousand to 20 million rubles.

Our country still has a lot of work on its way to becoming an industrial superpower, but such exhibitions as Innoprom show that we have the political will, human potential, serious partners and the necessary resources to achieve our goals. We have reasons to look to the future with optimism.

See you at the next Innoprom!