July 19 2015
30
On July 14, a ceremonial celebration of the centenary of the oldest naval vessel took place in Streletskaya Bay fleet "Commune". The crew was congratulated by representatives of the command, crews of other vessels, as well as the leadership of the joint trade union committee of the auxiliary fleet. 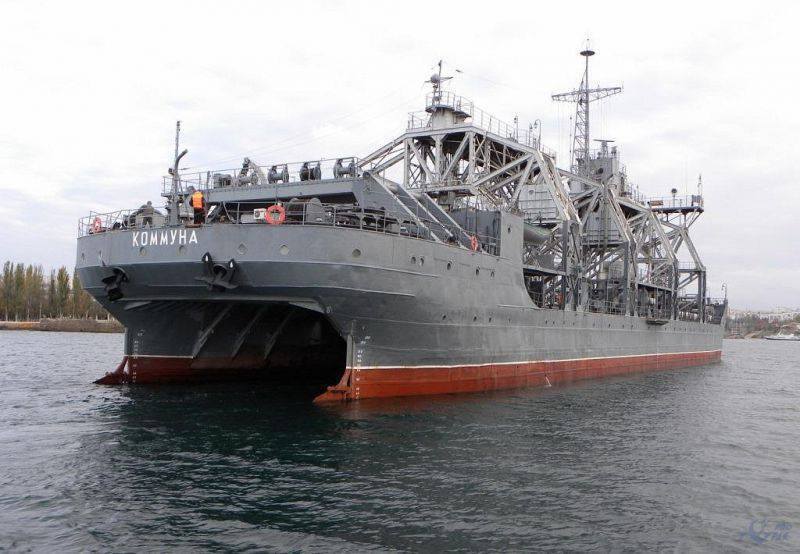 The rescue ship of the Volkhov submarines was laid down for the Russian Imperial fleet in St. Petersburg at the Putilov shipyard of the Society of Putilov factories (the present JSC Shipbuilding Plant Severnaya Verf). 14 July 1915 of the year became part of the Navy.

During his stay in the fleet, he raised more than 150 wrecks, including ten submarines. It is noteworthy that the veteran who survived all the world wars is still in the service

It should be noted that the rescue catamaran is the carrier of the search and rescue complex developed by Tethys Pro on the basis of the modern working remote-controlled underwater vehicle Panther Plus, which allows you to inspect objects at depths up to 1000 meters.

The complex on the basis of PTNPA "Panther Plus" is installed on the SS "Commune" in 2010 year instead of the deep-sea habitable apparatus.

Experts note the great potential of the device, the maneuverability provided by the 8 horizontal and 2 vertical propellers, and good handling. It is especially noted that the preparation of the RTPA "Panther Plus" for immersion takes only 30 minutes. It should be noted that the operation of such devices significantly expands the capabilities of the rescue forces of the Black Sea Fleet. 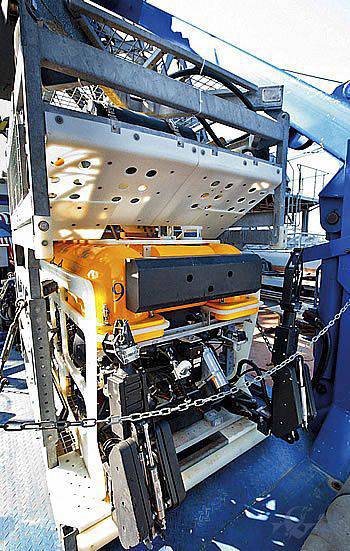 Working TPA "Panther Plus" is designed to perform complex underwater work in strong currents at depths up to 1000 m. The features of this model are the duplication of the propulsion circuit. Unlike other models that have 4 horizontal propellers, RTPA has dual horizontal propellers, increasing the emphasis, due to which effective resistance to currents, maneuverability and controllability of the apparatus are carried out. Ten engines provide the movement of the device under water, depending on the direction, at speeds up to 4 nodes.

The position and movement of the device is determined using the navigation sonar positioning system according to the ship's antenna, beacon responders and the global GPS navigation system.

The remote-controlled apparatus has an automatic depth retention system, an echo sounder, a satellite positioning complex and a device for scouring the soil. Operators can observe his actions with the help of two controlled high-sensitivity cameras located next to the manipulators, as well as rear-view video cameras.

In addition, the device can carry a payload of up to 150 kg. So “Panther Plus” can be equipped at the same time with a large range of additional devices, including 2 hydraulic manipulators, multi-beam echo sounder, track-searching complex and pipeline inspection complex.

The complex itself includes the apparatus itself with an immersion depth of 1000 m, a deep-water immersion device (UGP), a trip-lift device (SPU) with a cable winch. With "modest" weight and size characteristics (length - 2,14 m, width - 1.06 m, height - 12,17 m, weight - 800 kg), the device is capable of performing a large amount of underwater technical works. 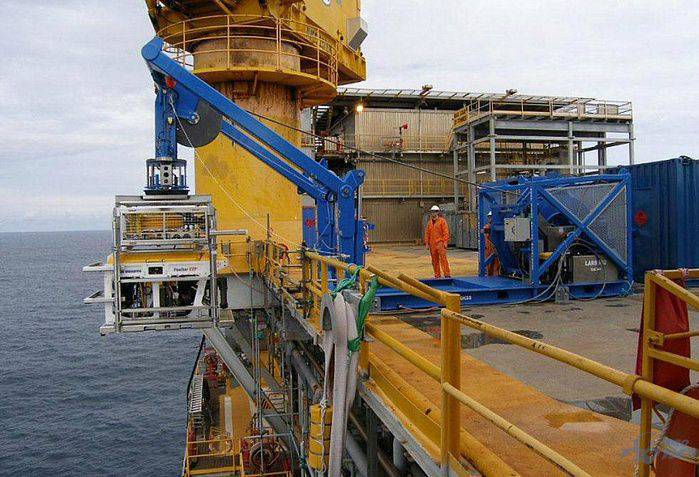 This can be a search for objects using a round-scan sonar at a distance of up to 300 m, a survey of objects in the water column and on the ground, video filming, and various work with the help of manipulators and a replaceable hydraulic tool - a circular saw and a powerful wire cutter. The device can deliver various cargoes and tools weighing up to 105 kg under water and lifting it to the surface.

The device is equipped with three video cameras and two manipulators. Manipulators of the device have 7 and 5 degrees of freedom, respectively. Replaceable circular saw and wire cutter allow you to cut pipes and fittings, cut cables and cables with a diameter of up to 90 mm.

Also on the vessel is a simulator, where practical training of the complex operators is conducted.

In recent years, the ship "Commune" took part in the testing of deep-water equipment, with his participation and rescue and underwater-technical work.

In May-June, the Kommuna in the Black Sea during the exercises completed the elements of the second course task - the actions of a single ship at sea for its intended purpose. A practical testing of the tasks by the PTPA “Panther Plus” RTPA operators was held at the sea range. The device has worked more than 90 hours at depth, 70 of which the operators maintained stable acoustic and video contacts with training objects. During the test dive, the Panther Plus operators managed to find an emergency submarine at a depth of more than 60 meters in just six minutes.