American HART in the Pacific 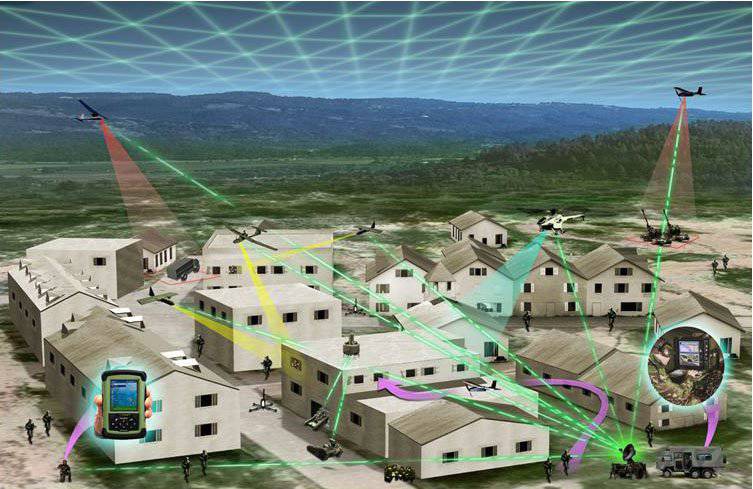 As a result of budget cuts, the military from America should think about how to organize military domination, the scale of which will be global. Suppose you can establish an extensive intelligence system that will be valid in the Pacific region.

In addition, the US government can increase military dominance if it creates an automated system to monitor large areas, deliver high-precision strikes, over a distance of several thousand kilometers. This system can be based on the use of modern military equipment, as well as computer technology.

The automated system will primarily operate in the Pacific region, where American military bases are located. These bases are located in several points of the region, but they are all considerably distant from each other. As a result, properly concentrating the forces is very difficult, and it is also difficult to control certain regions, for example, the South Sea, the East China Sea, the Strait of Malacca, the coast of North Korea, the routes of the northern part of Australia, where drug dealers and slave traders are often.

Thanks to the functioning of the system called the Heterogeneous Airborne Reconnaissance Team, using complex communication channels, it is possible to connect many on-board sensors of various types of aircraft to a network of supercomputers. The Heterogeneous Airborne Reconnaissance Team can be used to process an array of explored, to provide optimal control over numerous aircraft in the Pacific region, as well as other objects. The network will receive data from the radar, as well as manned camera cameras. In addition, data will be received through the use of non-traditional sources, including mobile communications, various social networks. HART can be used to combine information into a single picture of the strategic situation in the Pacific region, and this will be based on automated resource allocation, characterized by efficiency.

The network will provide data on the quality of its own forces, namely the level of fuel in the aircraft tanks, the image from the sensors, as well as the ammunition load. However, a threat can be highlighted, and various means used during reconnaissance and for strikes can be taken to the necessary positions.

As a result, the system should be a substitute for an extensive network of intelligence of the army and troop control, which is branched. In addition, resources can be used quite effectively. However, HART will not have special local areas of responsibility, so there will be no need to transfer intelligence data to different departments.

It is planned that the possibilities will be very broad. Artificial intelligence, created on the basis of different information sources, will allow to combine events into one picture of the Pacific region, thanks to which combat units will be prepared for work. For example, if an enemy aircraft carrier leaves the port, then the UAV will be moved in such a way as to ensure control over the movement of enemy objects, guidance weapons, but at the same time it will be possible to close all the gaps that were created during the redistribution of forces.

At the moment, such operations can be carried out thanks to the prediction of enemy actions. HART, on the other hand, can be used to create an ideal intelligence network and provide the necessary real-time monitoring of the situation. After that, it will be possible to take measures that are warning.

Such a system is difficult to create. She will have a 3 level: upper, middle, lower. However, as a result, strategic functions of command and control of various information sources will be provided. The most difficult will be the average level on which decision-making, task setting, and prediction of reactions will depend. At present, it has almost been possible to create the upper level, and tests are being conducted at the lower level. A lot of companies participate in the work on the middle level.

If the system is successfully implemented, the military from America will be able to get a unique and effective tool that can be used to wage war.
Ctrl Enter
Noticed oshЫbku Highlight text and press. Ctrl + Enter
We are
Automated control system of troops "Andromeda-D"Soldiers will see the enemies of the United States "eyes" drone
6 comments
Information
Dear reader, to leave comments on the publication, you must to register.