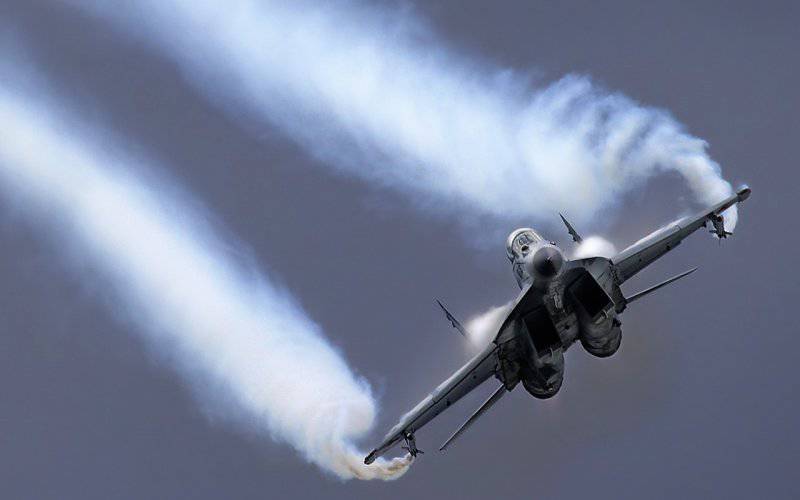 Before 2020, as is known, it is planned to re-equip our armed forces. However, not completely - before this date, the troops should have 60-70% new equipment. Immediately it is worth making a reservation: under the old one, in this context, it is necessary to understand any equipment that arrived in parts up to the 2011 year, i.e before rearmament begins. And this “old” technology, it turns out, in 20 will be 30-40%.

The question will be quite logical, which planes will be included in these thirty-forty percent? In fighter aviation it will definitely be the Su-27 family aircraft. In any case, at the moment there are most of them in combat units - about 250 pieces and about a hundred more are in storage. Another mass fighter - the MiG-29 - is operated in a slightly smaller amount (approximately 200-220 pieces), but there are more canned MiGs - about three hundred.

As you know, based on the Su-27 created several new types of machines that have every chance to go to the troops. But the MiG-29 has worse prospects. The program of its modernization, called the MiG-29М, is closed, and the new MiG-35 project, created on its basis, is just being tested. On the other hand, 29 is loved abroad, and new contracts for the supply of various versions of the aircraft are constantly signed.

In the domestic Air Force 29, the MiGs are present only in the original, ship version, as well as in the modification of the MiG-29CMT. At the same time, most of the Migov Park was produced at the end of 80-x - the beginning of 90-x, and their resource will soon come to an end. Of course, you can regularly repair aircraft and extend the resource. You can even convert them to the state of newer versions, but for a long time all this can not continue. Therefore, the Ministry of Defense decided that the MiG-29 should not be bought more, and it would be advisable to replenish the fleet only with MiG-29CMT aircraft. The last so far there are only three dozen, but this is only for now.

The other day in “Izvestia” there appeared information that the Ministry considered that the reworking of the existing MiGs was inexpedient and that the existing planes would live out their time in the original configuration. Replace the physically and morally outdated machines planned new type of aircraft. In the future, they should be the MiG-35. However, this plane, as already mentioned, is being tested and will go into the series no earlier than 2013-14. Until that time, says the source of Izvestia, it is possible to replace the 29-x MiGov from the first series on the MiG-29CMT. Moreover, the production of the latter has already been mastered. If not all are replaced by SMT, but at least 150-160 MiG-29 and stretch this replacement by six to eight years, then the annual cost of it will not exceed 25-30 billion rubles. Such sums of the Ministry of Defense are quite capable, in addition, they look quite real. Accordingly, when the MiG-35 will be put into mass production, the remaining MiG-29 will be replaced with it.

The variant with the replacement of the MiG-29 on the Su-27 family of planes, on the Su-30 or something similar should not even be considered. The fact is that “Drying”, unlike the MiG-29, are heavy fighters, and modern domestic views on the structure of the Air Force imply the presence of light fighters.
Another argument in favor of preserving the “descendants” of the MiG-29 is the situation on the world market. The MiG-35, being the fighter of the 4 ++ generation, can successfully fit into the market of light fighters. The French Mirage 2000 is out of production, and the American F-16 has not been subjected to major modernization for a long time. Thus, in the coming years, in the price segment up to 50 million US dollars, only the Russian MiG-35 and the Chinese J-10 will be available. Of course, Mig will have more chances to grab a bigger piece of the market due to the wide spread of the MiG-29 - many countries already have experience in operating this aircraft.

But there are critical opinions about the replacement of the MiG-29. If deliveries of the MiG-29CMT were already possible in the future, the MiG-35 is only a promising vehicle. Moreover, among military experts, the opinion is walking that the MiG-29 as a platform is already outdated and is increasingly inferior to the Su-27 platform. On the other hand, these are different classes of fighters, and it is not entirely correct to compare them. But the price of one MiG-35 aircraft, amounting to about 1,3 billion rubles, really makes the transition to them a controversial step.

The first flight of the multi-role fighter MiG-35 made in 1997 year. There is a draft combat training version of the aircraft called the MiG-35D.
The main differences of 35-x from the MiG-29 are as follows:
- Radar "Zhuk-A" with an active phased array. Allows you to simultaneously work in the "air-to-air" and "air-to-ground" modes;
- the possibility of destruction of both air and ground targets;
- use of fifth-generation information sighting systems in avionics;
- compatibility of on-board equipment with high-precision weapons domestic and foreign production;
- engines Р-33МК with afterburner 9000 kgf.

We are in Yandex Zen
An-12 in Afghanistan
MiG-23 fighters in Afghanistan
30 comments
Information
Dear reader, to leave comments on the publication, you must to register.