I bring to your attention, a little-known and incredibly versatile project fighter Alexeev. Which, under other circumstances, could have become the main interceptor and fighter escorting the Soviet Air Force in the 50s.


Semen Mikhailovich Alekseev made a great contribution to the creation of La-5 and La-7 fighters, working in the Design Bureau of S. A. Lavochkin, from the year 1943 was the first deputy chief designer. In September, 1946 received the position of chief designer of the newly created OKB-21. Having headed the OKB-21, Alekseev was assigned to design and build a fighter-interceptor fighter with a significant range and duration of flight with powerful armament.

One of the main problems of the first jet fighters, both Soviet and foreign, was a small range of flight. In response to the need to create a long-range interceptor, OKB-21, under the leadership of S.M. Alekseeva was engaged in the development of such an aircraft. The first project, the I-210 (I-21 model 0) was supposed to have two engines RD-20 (BMW-003), their thrust was clearly not enough, the replacement was considered RD-10 (YuMO-004), but in the end it was decided to build a fighter with two engines A.M. Cradles TP-2 xNUMX kgf.

I-211 (I-21 model 1)
This variant received the designation I-211 (I-21 model 1), the scheme of the aircraft resembled Su-11OKB Sukhoi with the same propulsion system. Engines, located in the plane of the wing. The wing itself is straight, trapezoidal. The 211 had aerodynamic brake flaps that automatically opened when the critical speed was reached, with their manual control for maneuvering in flight and reducing the landing speed. The tail of the cruciform at the front view. Cabin sealed. A three-support chassis with twin wheels of all struts was retracted into the fuselage. A powerful headlight was installed in the forward part of the fuselage to facilitate interception or landing at night. Design - duralumin with a wide use of B-95.
Very powerful weapons consisted of three X-NUMX-mm guns H-37, while the guns could be replaced with two 37-mm H-57 directly on the airfield (!). In addition to gun armament, knots were provided for the suspension of bombs and reconnaissance equipment.
The radio equipment complex was standard for that time and included the RSI-6 radio, the RPKO-10М radio compass and the “friend-foe” radio answering system SCH-3
The project was approved, and at the end of 1946, the construction of a glider for static tests and a flying prototype began at plant No. 21. 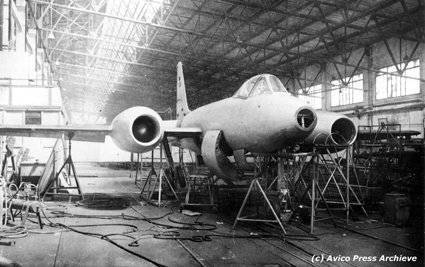 Meanwhile, the development of the TR-2 engine was delayed, and in the end, Alekseev decided to fit the engine nacelles under the TR-1, whose static tests began in July of the 1946 year. According to the established schedule, the prototype was to be made by 28 June 1947, the 10 of July the aircraft was to be transferred to flight tests, which were supposed to be completed by 1 August. This schedule was connected with the tradition of demonstrating new prototypes of fighters at the Tushino air parade in honor of the USSR Air Force Day, which fell on August 18.
However, it was impossible to keep this schedule. I-211 did not take part in the 1947 air raid of the year, and made the first flight under the control of test-pilot A.A. Popova, in the autumn of the same year. 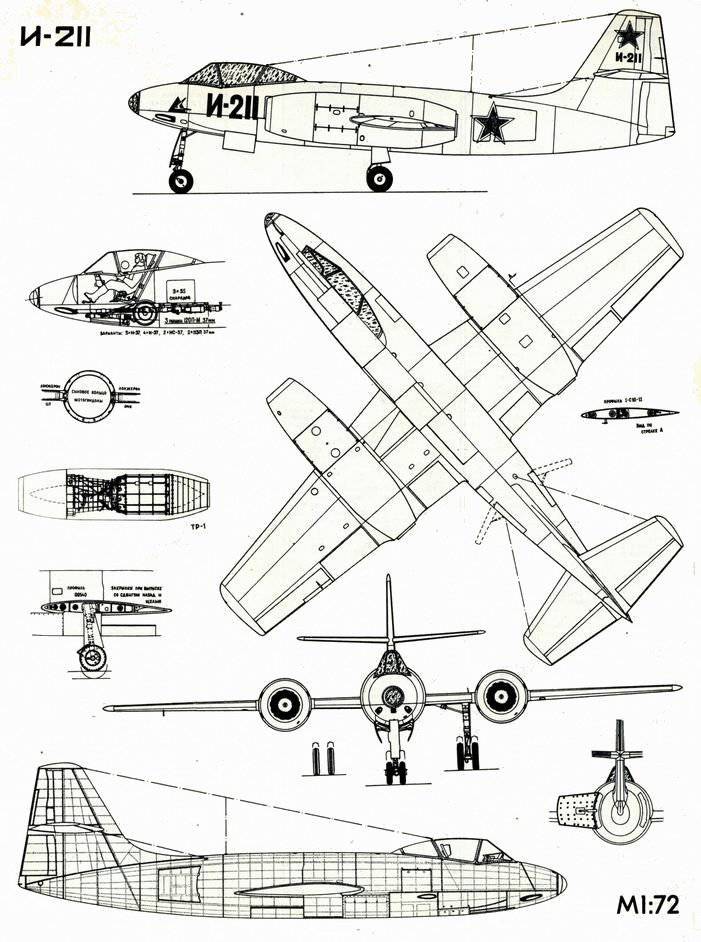 The first six flights did not show a special superiority of the I-211 to the similar Sukhoi Su-11 fighter, and moreover, the TR-1 engines were not fully known. They were created in a great hurry, which affected their reliability, and the engine thrust was slightly lower (the real thrust was 70% of the calculated one). One of the engines worked unstably and broke down so often that there were not enough spare parts for routine repairs, which were produced in limited quantities for an experienced engine. Soon, the TP-1 development program was minimized, and after it, further work on the I-211. In addition, during landing, the wheels of the chassis fell into a pothole on the runway and one of the landing gear struck down, as a result of which the aircraft traveled a considerable distance “on the belly” and flew out of the landing strip. The aircraft received minor damage to the bottom of the fuselage and engine nacelles, and was returned to the factory for repair.

The data obtained during the tests in the fall of 1947, did not satisfy the USSR Air Force. As in the case of the Su-11, the main reason for the failure was the inaccessibility of the TR-1A and TR-2 engines, which were never brought to production in the Cradle Design Bureau. The TP-1 engines, in turn, were not powerful enough and too unreliable to use them on a serial fighter.

I-211 with ASH-83
An I-211 aircraft with an excellent view from the cockpit and potentially very powerful cannon armament could become a very effective fighter for its time, if not for engines that did not have the proper level of reliability. On its basis, Alekseev developed a draft design of a piston escort fighter, an order for which was received after the end of the production tests of the I-211 with the 2ТР-1. 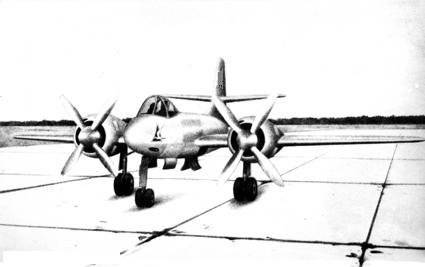 The machine was planned for long-distance support of aircraft type Tu-4.
With the same volume of fuel tanks and with much more economical piston engines, which by the middle of 40-s. were worked out to the highest reliability and excellent manufacturability, such an escort fighter was the most acceptable in many articles, from production to operation. Motor groups were taken from the front single-seat fighter La-9, in serial production of which SM. Alekseev took the most direct part, and he seemed to have taken advantage of his own work. Oil-radiator installations, local collector outlets from engine exhaust ports, complex automation of one of the last piston engines, all this was repeated for the I-211 escort fighter with two rotor power groups.
The distance between the longitudinal axes of the turbofan engines and the PD was the same, or rather, it did not change, because It was quite suitable for two slightly smaller screws (four-bladed propellers) 2,9 m versus 3 m.

The gondolas of the ASH-83 engines had to be redone, and only the engine hoods that were not subject to change would remain intact.
The project was not completed, since by that time the long-range version of the 134 aircraft, designated La 11, was not launched in the series.

After the appearance in the USSR of the licensed British engines "Dervent V" (the ones that stood on the "Meteor"), Alekseev decided during the repair of the I-211 to install these engines on it. With the new power plant, the fighter received the designation I-215 (I-21 model 5)
The machine while maintaining the original fuselage of the I-211 has been modified. A radar sight was installed in the fuselage nose, the pilot's cabin was airtight, and the seat was ejected. The car was equipped with an onboard radar, armed with three X-NUMX-mm H-37 cannons, and another weapon variant was provided, two H-37 airguns with a 57-mm caliber.
The I-215 was a single interceptor fighter, repeating the I-211 in form and size, but with two Derwent-V engines (thrust 1590 kgf). The purpose of the I-215 is actions against bombers.
The aircraft was released at the end of 1947. The first flight was performed by the pilot A. A. Popov. The testers also flew - A. A. Efimov. S. N. Anokhin and M. L. Gallai.
The flight characteristics of the modified I-215 fighter-interceptor improved somewhat. In particular, the maximum speed increased to 970 km / h near the ground and 960 km / h at an altitude of 6 thousand m, the flight range reached 1700 km, and with outboard fuel tanks even more - 2300 km.

At the same time, a version of the I-215D (Understudy) with a bicycle chassis was built. On this machine, the landing gear were spaced from the center of gravity of the vehicle, which made it possible to make the rear rack "squat" to increase the angle of attack of the wing on the run. Unlike airplanes with the usual three-wheeled chassis, the pilots say that there was no need to “undermine” the movement of the handle itself. The angle of the 3╟30 'wing and the squat created the lifting force necessary for take-off. The vertical component of the thrust of engines thrown up by 3╟ from the horizontal, and the cabling moment of the thrusting force of the turbojet engine, located below the center of gravity of the aircraft on the 1,034 m due to the pylon suspension, worked on the rise.

Another unusual modification was the I-216. This I-215 modified for the installation of two automatic 76-mm guns Nudelman H-76 (!) With 15 ammunition shells on the barrel.

Machine weight increased to 7 500 kg .. Estimated maximum speed-930 km / h. Thus, the 216- could become a fighter with the most powerful artillery weapons in the world. 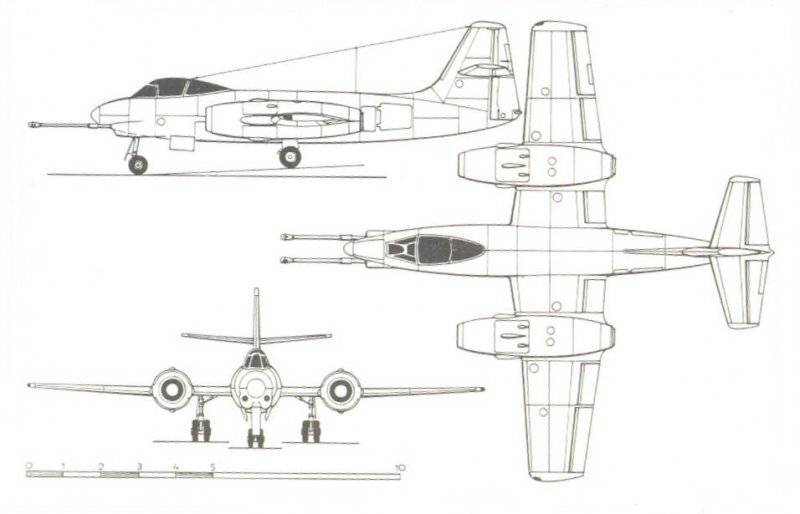 AND 211C
In parallel with the development of the I-215, in 1948, Alekseev began to work on the draft design of a fighter with an arrow-shaped wing. This project has received the internal designation and-211С (Strela). It was one of the first projects of the Soviet fighter with the swept wing. The project was not brought to the construction of a prototype in connection with the closure of the KB. The car was similar to the Yak-25, which was put into service three years later. 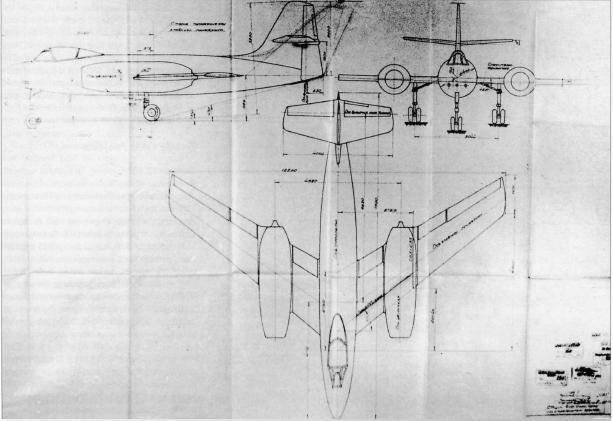 In short, the Air Force and Air Defense of the USSR had the opportunity to get a good universal machine with various options for the most powerful cannon armament (3х37mm, 2х57mm, 2х76mm).
But these promising machines and launched into a series.
In the autumn of 1948, OKB-21, like some others, was closed. Gorky OKB-21 was closed, and its leader, S. M. Alekseev, was transferred to another job, he headed the organization, into which they assembled "trophy" German aircraft designers. However, the same fate befell the Sukhoi and Myasishchev Design Bureau, in which a number of highly original machines were created. From now on, the entire “destructive subject matter” was concentrated in two organizations - MiG and Yak ... 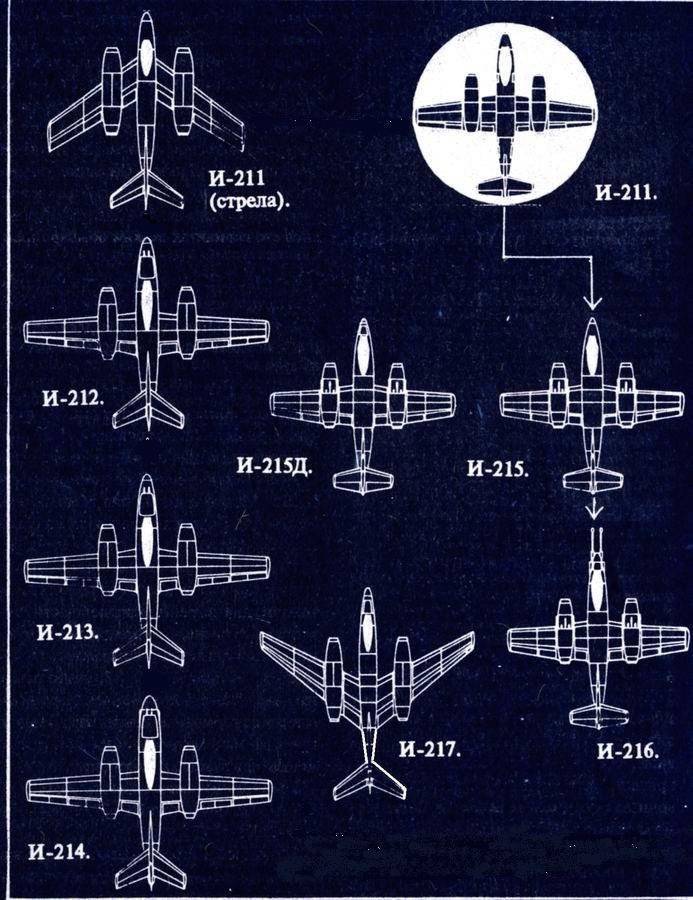 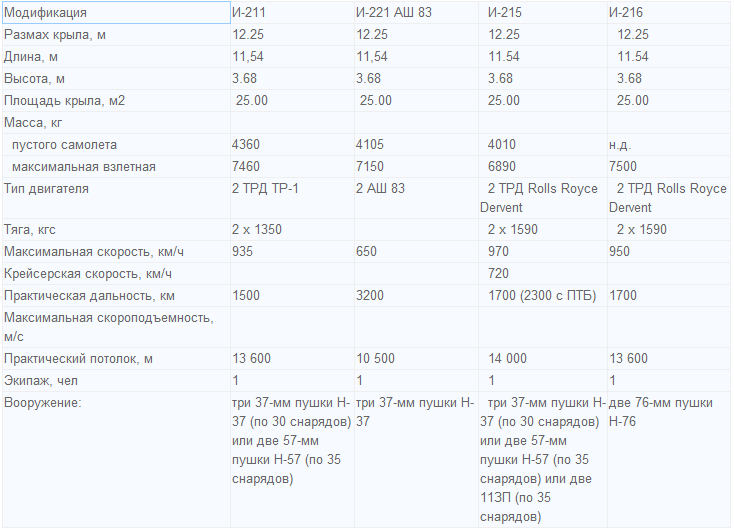 We are in Yandex Zen
Unmanned aerial vehicles Lavochkin
Reactive firstborn Lavochkina
2 comments
Information
Dear reader, to leave comments on the publication, you must to register.