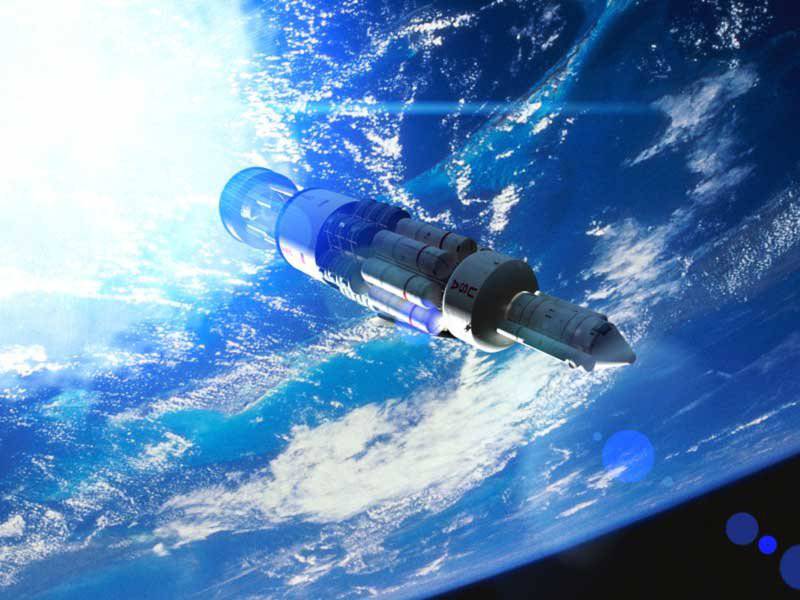 One could begin this article with a traditional passage on how science-fiction writers put forth bold ideas, and scientists later put them into practice. You can, but do not want to write stamps. It is better to remember that modern rocket engines, solid propellant and liquid, have more than unsatisfactory performance for flights over relatively long distances. They allow cargo to be put into Earth orbit, delivering something to the moon — too, although such a flight costs more. But to fly to Mars with such engines is not easy. Give them the fuel and oxidizer in the right amounts. And these volumes are directly proportional to the distance that must be overcome.

An alternative to traditional chemical rocket engines is electric, plasma and nuclear engines. Of all the alternative engines, only one system reached the development stage of the engine - the nuclear one (YARD). In the Soviet Union and in the United States, work was begun on the creation of nuclear rocket engines back in the 50s of the last century. The Americans were working on both versions of such a power plant: reactive and pulsed. The first concept involves the heating of the working fluid using a nuclear reactor with subsequent release through nozzles. The pulsed NRE, in turn, is driven by a spacecraft due to successive explosions of a small amount of nuclear fuel.

Also in the United States, the Orion project was invented, combining both versions of the NRE. This was done in the following way: small nuclear charges of about 100 tons of TNT were ejected from the tail of the ship. Following them were shot metal discs. At a distance from the ship, the charge was exploded, the disk evaporated, and the substance flew apart. Part of it fell into the reinforced tail of the ship and moved it forward. A slight increase in the load should have been caused by the evaporation of the slab, which takes up the blows. The specific cost of such a flight should have been just 150 of the then dollars per kilogram of payload.

It even reached the test: experience has shown that movement using successive impulses is possible, as is the creation of a feed plate of sufficient strength. But the Orion project was closed in the 1965 year as unpromising. Nevertheless, this is still the only existing concept that can allow expeditions to take place, at least through the Solar System.

Before the construction of the prototype, it was only possible to reach the jet NRE. These were the Soviet RD-0410 and the American NERVA. They worked on the same principle: in a “normal” nuclear reactor, the working fluid is heated, which, when ejected from the nozzles, creates cravings. The working fluid of both engines was liquid hydrogen, but on the Soviet heptane was used as an auxiliary substance. 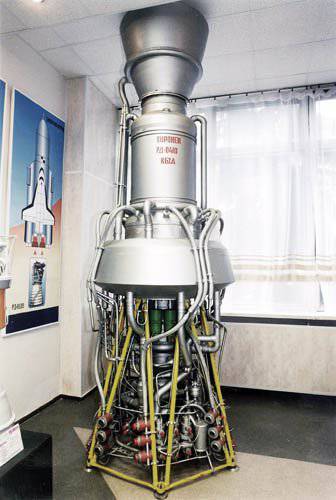 RD-0410 3,5 tons, NERVA gave almost 34, but had large dimensions: 43,7 meters of length and 10,5 in diameter against 3,5 and 1,6 meters, respectively, of the Soviet engine. At the same time, the American engine lost three times to the Soviet engine in terms of the resource - the RD-0410 could work for an hour.

However, both engines, despite the prospects, also remained on Earth and did not fly anywhere. The main reason for the closure of both projects (NERVA in the middle of 70's, РД-0410 in 1985 year) is money. Characteristics of chemical engines are worse than nuclear ones, but the price of a single launch of a ship with YARDs with the same payload can be 8-12 times the launch of the same Union from the LRE. And this is without taking into account all the costs necessary to bring the nuclear engines to suitability for practical use.

The decommissioning of “cheap” Shuttles and the recent lack of revolutionary breakthroughs in space technology require new solutions. In April of this year, the then head of Roscosmos A. Perminov announced his intention to develop and put into operation a completely new NRE. This, in the opinion of Roscosmos, should drastically improve the “situation” in the entire world space program. Now it turned out who should become the next revolutionaries of cosmonautics: the Federal State Unitary Enterprise “Keldysh Center” will be engaged in developing the NRE. General Director of the enterprise A. Koroteev has already delighted the public news that the draft design of a spacecraft for the new YARD will be ready next year. The engine design must be ready for 2019, and tests are scheduled for 2025 year.

The complex was named TEM - transport and energy module. It will carry a gas-cooled nuclear reactor. With the direct propeller have not yet decided: either it will be a jet engine like the RD-0410, or an electric rocket engine (ERE). However, the latter type has not been massively used anywhere else in the world: only three spacecraft were equipped with them. But in favor of electric propulsion is the fact that not only the engine can be powered from the reactor, but also many other units or to use the entire TEM as a space power plant.

We are in Yandex Zen
NASA: "As we return to the moon"
To Mars through the Moon
8 comments
Information
Dear reader, to leave comments on the publication, you must to register.