One tank will be less 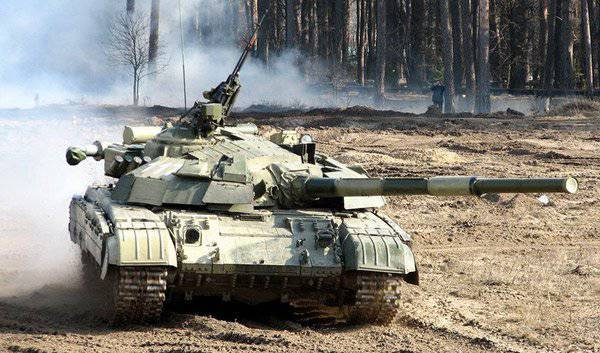 As they say in the old joke, in which only a fraction of the joke, so many Mosin rifles are still kept in the army warehouses, which is enough for both the Third and Fourth World Wars. But these are only rifles, they, first of all, have become outdated long ago, and secondly, they are in storage.

The situation was no less interesting with tanks. Last year, in some parts, mainly in Transbaikalia, it was possible to find the real T-55. Also met and more "new" T-62. But last year, the Ministry of Defense decided that the army no longer needed such “mammoths” and that they could be sent to metallurgical plants.

Recall, in different sources called the number of old tanks in a thousand pieces of T-62 and about 1200 T-55. All of them were in storage. Now, all these armored vehicles are completely removed from service, retired and sent to the smelter. Those that are lucky, go to museums or become monuments.

After the T-55 and T-62 went on their last journey, the T-64 became the oldest tank in our army. This machine was created at the beginning of the 60-x at the Kharkov machine-building plant. T-64 became the first domestic tank, the crew of which did not have in its composition loader: its functions were performed by a specially created mechanism. The armament consisted of 115-2 21-mm cannon and one PKT machine gun.

However, the tank had a number of flaws that could not be eliminated without a major design review. From 63 year in the Kharkov design bureau of machine building began work on the modernization of the tank. In 1969, the new tank, the T-64, was ready. Its main difference from its predecessor - 125-mm smoothbore gun 2А46-1. The tank also received a diesel engine 5TDF, designed for several types of fuel, a new fire control system, an updated automatic loader and a number of other systems. An anti-aircraft machine gun returned to the turret, which received a remote control system.
It is on the basis of the T-64A that almost all of the following modifications of the tank were created. In 1976, there was another major update: T-64B appeared.
The serial production of the T-64 family of tanks was stopped already in 1987, but they were not in a hurry to remove them from service. Despite the newer tanks, the T-72 and the recently appeared T-80, the 64 was still in use. When, due to the renewal of the tank fleet, there was no need to use these tanks for their intended purpose, the T-64 became an educational machine. They began to train drivers for new tanks: the management of old and new cars is almost the same, and once again nobody wanted to risk the latter. Rumor has it, in some parts of the "surplus" T-64 was such that repaired only poorly damaged tanks. If during the training the tank received strong "injuries", then it was simply written off and transplanted by the tank student apprentices to another car.

Now the year is 2011, and the T-64 has been considered not an old but a very old tank. The epithet “old” has now moved to T-72, and they have squeezed out all the juice from 64. Izvestia, citing a source in the Ministry of Defense, writes that the storage of T-64 will be terminated and they will leave after T-55 and T-62. Izvestia calls the figure of a thousand tanks that will be disposed of. At the same time, last year’s edition of The Military Balance’s book states that there are more than four thousand T-64 in the Russian army. Where this difference in numbers is from is unknown, although a source in the Ministry of Defense may simply not have all the information.

Official confirmation of this information has not yet been, but at least it looks plausible and logical in light of recent decisions. Before the start of the current reform, in 2008, the armored forces were armed (including storage) with almost two dozen modifications of six types of tanks: from T-55 to T-90. If T-64 retires, then tankers will only have three types: T-72, T-80 and T-90. In addition, the average age of armored vehicles will fall, because now almost 20% of our tanks are older than 20. Another plus: savings on removal from storage of the equipment, which is unlikely when it will still be used. Yes, and a smaller number of used types of equipment reduces overhead.

It is clear, sooner or later T-64 should have left. But in this case, the place of the oldest domestic tank will take the T-72. In theory, his time will come. But while it is not worth waiting. In an interview with Komsomolskaya Pravda, Russian Defense Minister A. Serdyukov said that the existing T-72 will soon be reequipped in accordance with the requirements of the time. This upgrade should bring the characteristics of the T-72 as close as possible to the parameters of the T-90. Updating, says Serdyukov, is expensive - about 38 million rubles for each car, but these costs are worth it. In any case, the upgraded T-72 will be able to perform their tasks before the tank goes to the troops on the basis of the Armata platform.

We are in Yandex Zen
Is the old well forgotten to become the new? Part-2. By call of honor and duty
The fire control devices of the Soviet and German tanks of the Second World War. Myths and Reality
36 comments
Information
Dear reader, to leave comments on the publication, you must to register.