2 2015 June
23
Last Saturday Borisoglebskaya aviation base (Voronezh region), related to the Air Force training center of the Russian Air Force, celebrated a special holiday. A representative delegation of the Russian Ministry of Defense arrived, led by the Commander-in-Chief of the Air Force, Colonel General Viktor Bondarev. 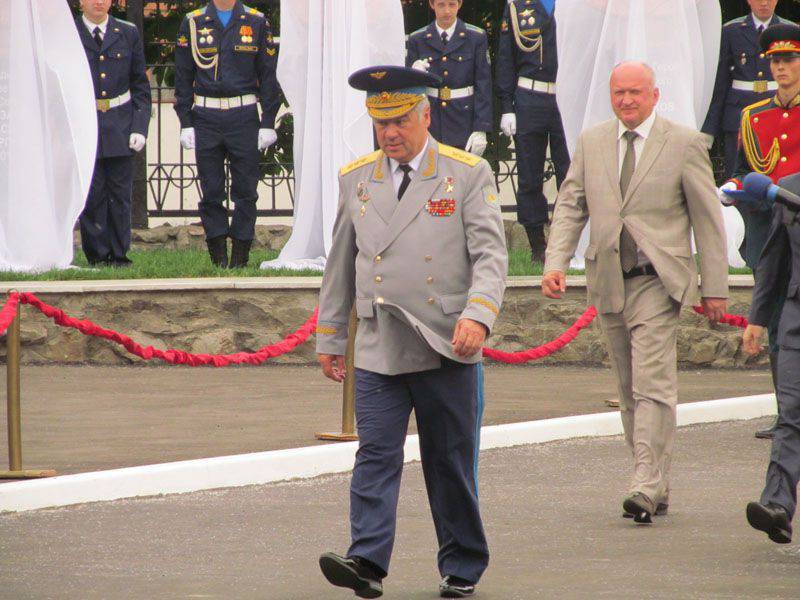 A memorial dedicated to the Heroes of the Soviet Union and the Russian Federation ever graduated from the legendary Borisoglebsk military school was opened in front of the main building of the Borisoglebsky aviation base (formerly the Borisoglebsky Higher Military Aviation School of Pilots - BVVAUL named after V.P. Chkalov). 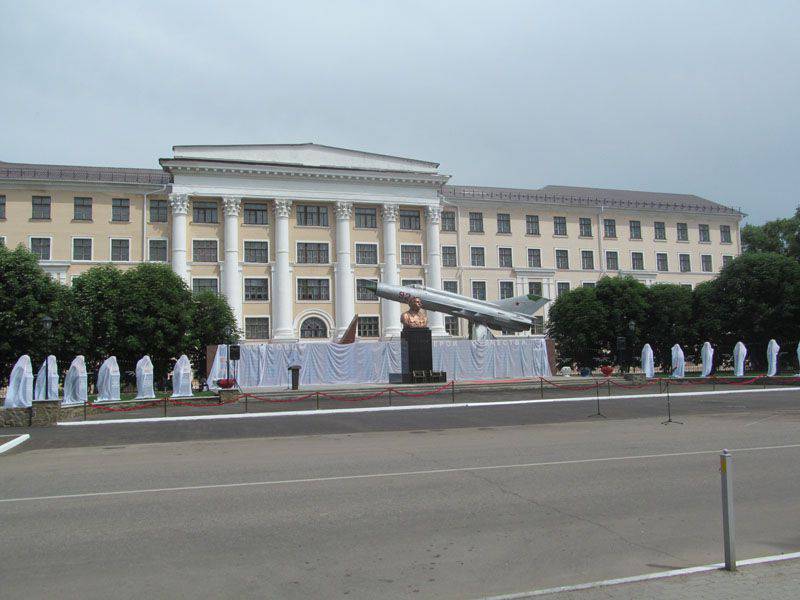 The first at the opening ceremony of the monument, called "Chkalovtsy. Heroes of the Fatherland", was Commander-in-Chief of the Air Force, whose name is also on the list on the wall of the heroes. Viktor Nikolaevich Bondarev is a graduate of BVVAUL named after V.P. Chkalov 1981 of the year and a Hero of Russia. 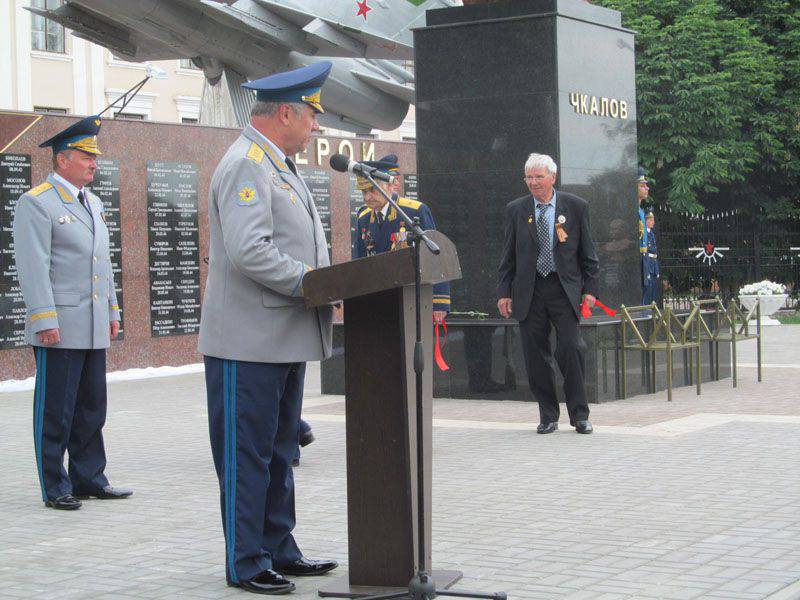 The ceremony was attended by the head of the Military Training and Scientific Center of the Air Force "Air Force Academy named after NE Zhukovsky and Yu.A. Gagarin "(VUNC VVS Air Force") Voronezh Lieutenant-General Gennady Zibrov. He told that already in 2016-2017. After a sufficiently long break, which clearly did not go to the benefit of the country's Air Force, the Boris and Gleb air base will again receive the cadets. At the first stage, these will be cadets of senior courses at VUNC VVS Air Force, who entered the Krasnodar branch of the military educational and scientific center. 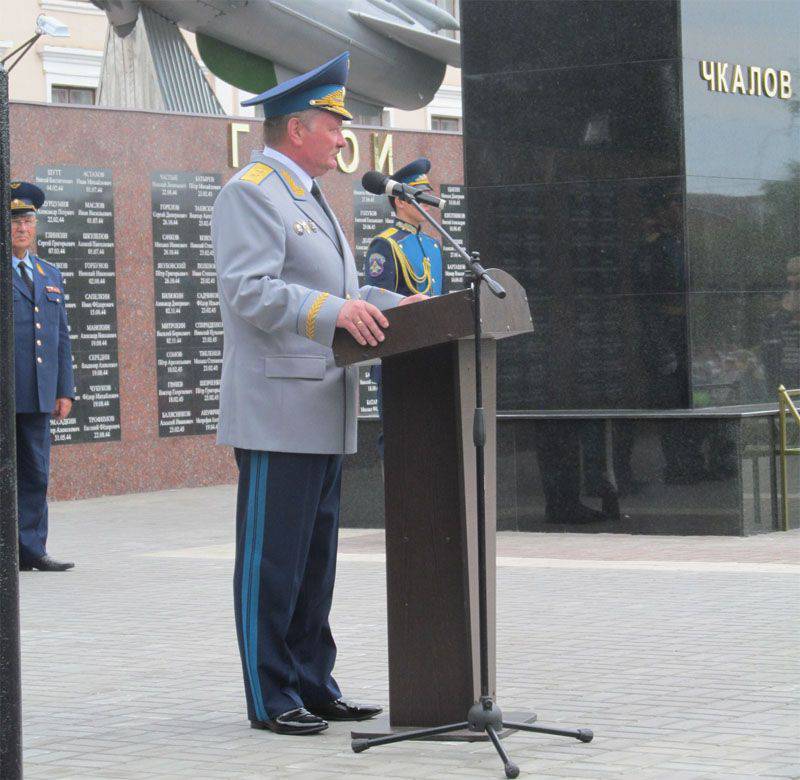 For Borisoglebsk, the revival of the aviation base and the involvement in training in the city of cadets VUNC Air Force "VVA" is a truly significant event. The fact is that Borisoglebsk itself for a long period of time (Soviet time) in different parts of the country was associated precisely with the presence in the city of one of the oldest aviation schools in Russia. The graduate of this school was the legendary Valery Chkalov. If the military school acquires a new life, then for the whole city it will become a significant stimulus to a new stage of development. The opening ceremony was also attended by the head of Borisoglebsk, Alexey Kabargin, who paid special attention to the link between the fate of the city and the fate of the military school. 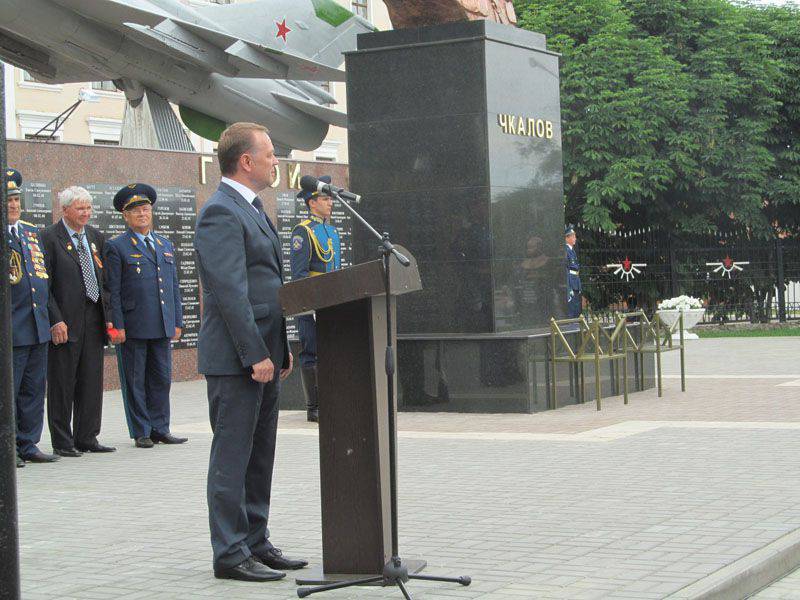 During the opening ceremony of the Chkalovtsy. Heroes of the Fatherland ”, Lieutenant-General Gennady Zibrov told that in 2015 six graduates of the Borisoglebsk cadet school would enroll in VUNC Air Force“ VVA ”in the future to wear officer shoulder straps of the Air Force of the Russian Federation. 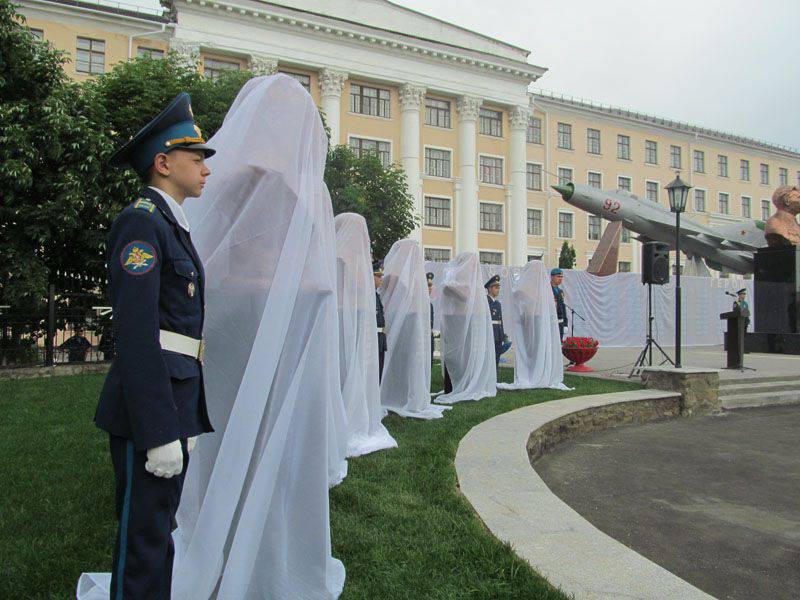 The opening ceremony of the new memorial in Borisoglebsk was attended by ex-commander-in-chief of the Russian Air Force (1991-1998) Peter Deinekin. Major General Anatoly Morozov, former chief of the Borisoglebsk Higher Military Aviation School (1986-1990), spoke about the big event for the aviation base and the entire aviation of Russia. 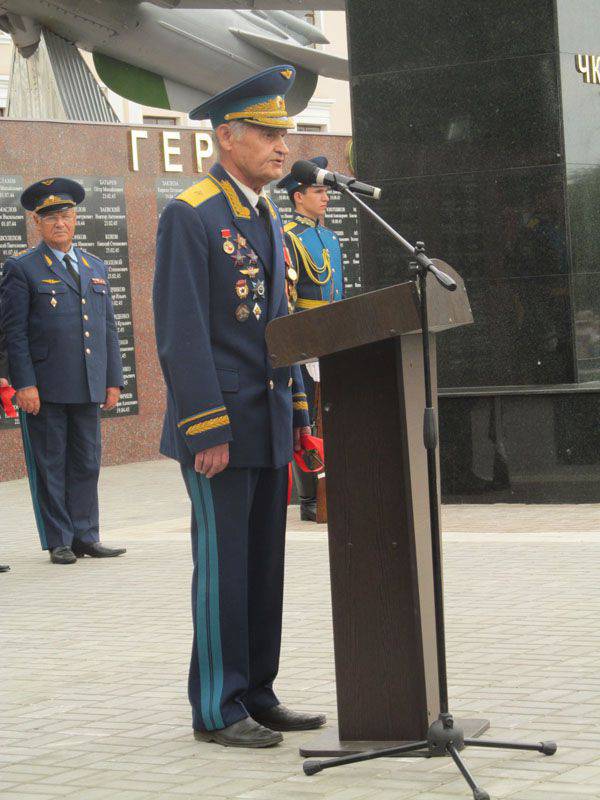 The servicemen of the company of the guard of honor of the VVAU Air Force Military Training Center, the military orchestra and military vocal performers presented a rich program to the assembled citizens of Boris-and-Gleb and the guests of the city. A company of the guard of honor presented a performance with carbines and checkers, and a military band struck with a virtuoso performance of tunes from songs about military pilots. 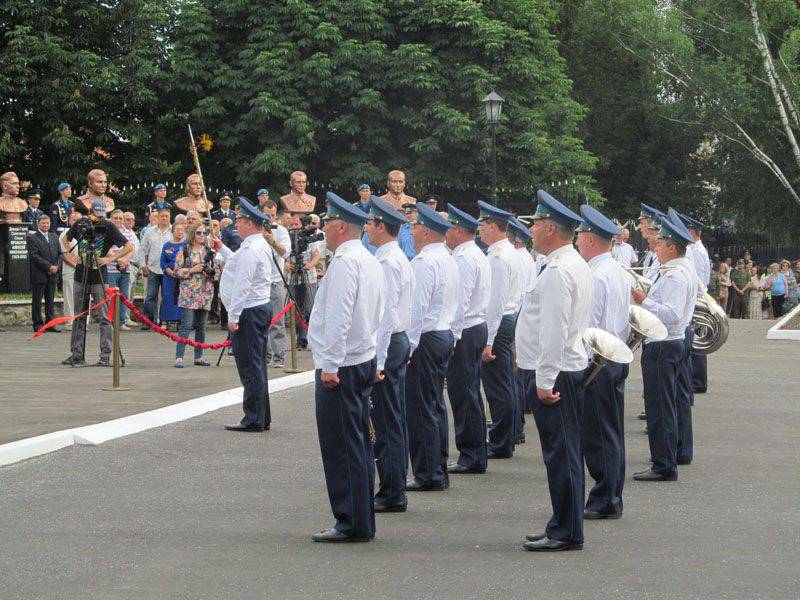 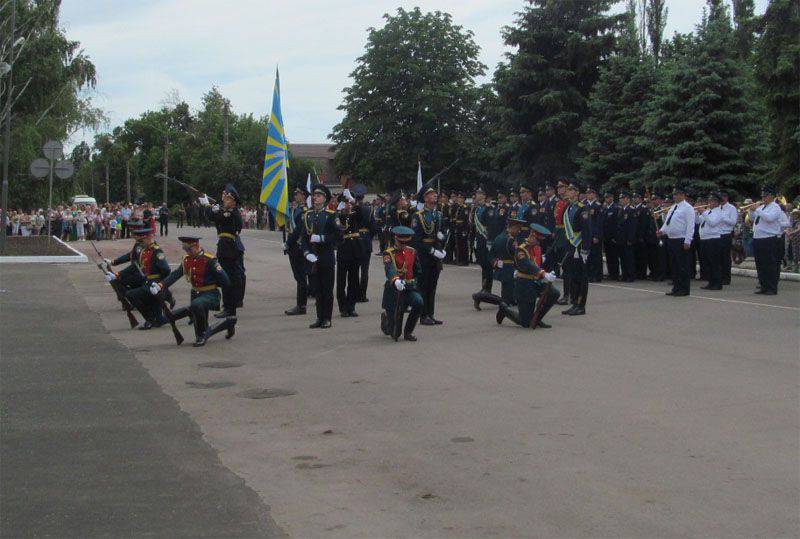 Cadets VUNC VSS "VVA", veterans (graduates of the Borisoglebsk military school), representatives of the Ministry of Defense and the city administration laid flowers at the bust of V.P. Chkalov and busts twice Heroes of the Soviet Union, installed on the new memorial. The memorial, by the way, is located on Chkalov Street, which is very symbolic. 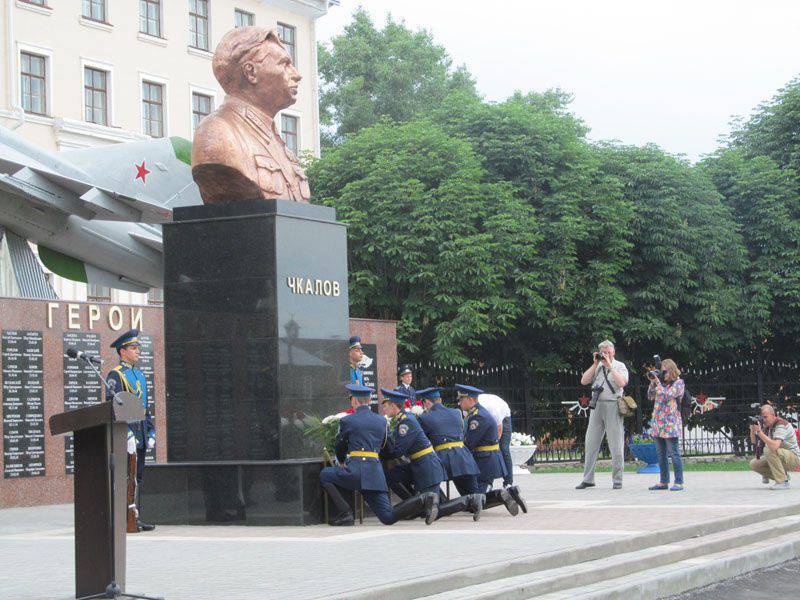 The culmination of the opening ceremony was the greeting of the townspeople and guests of the city from the Boris and Gleb aerobatic team Wings of Taurida, serving on the new Yak-130 training and combat aircraft. The aerobatic team received its name due to the fact that for the first time its skills were officially demonstrated in the skies of the Crimea. Wings of Taurida is the youngest aerobatic team of the Russian Air Force. 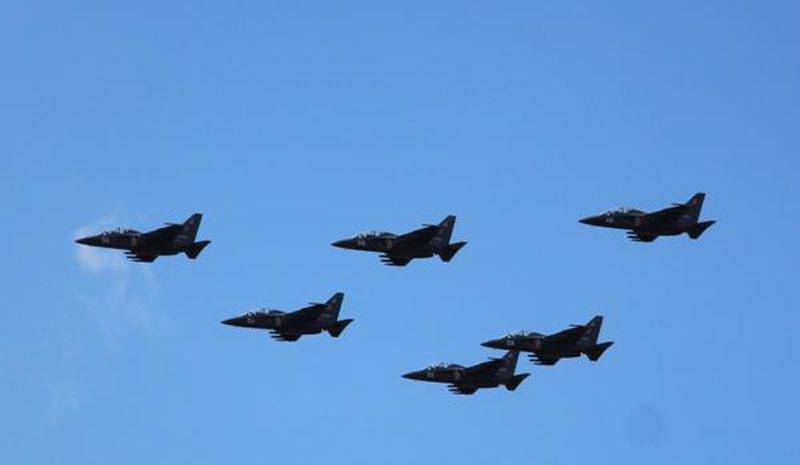 Additional photo report from the ceremony: 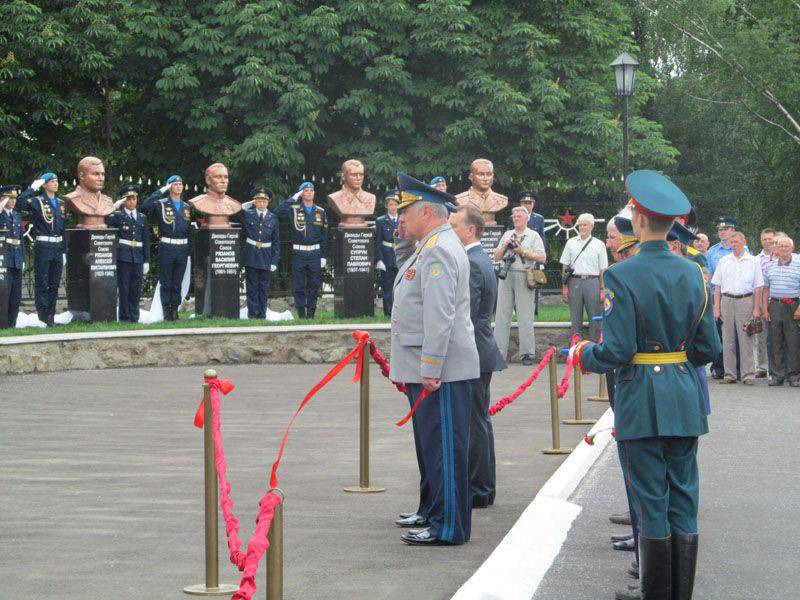 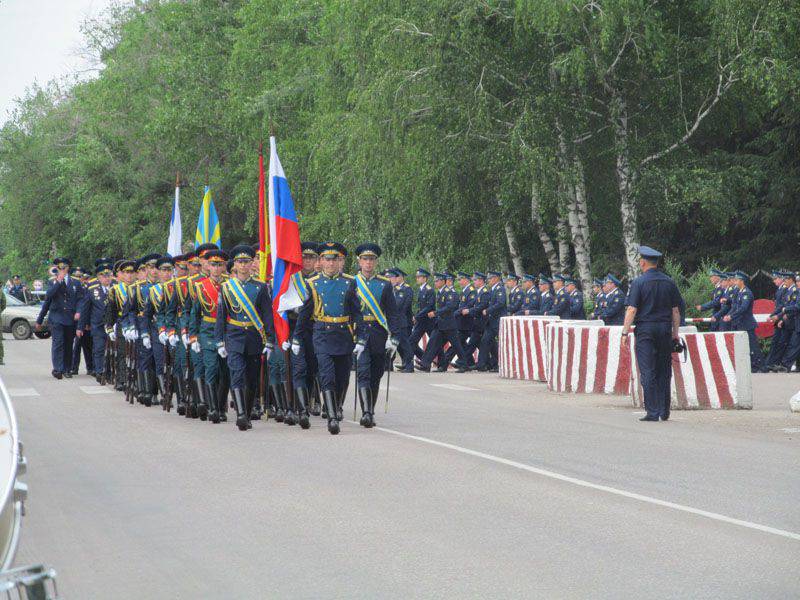 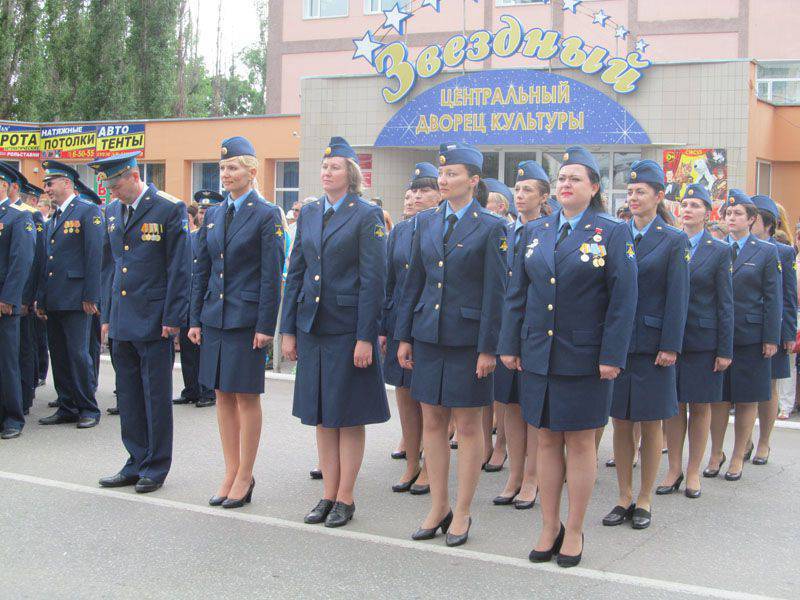 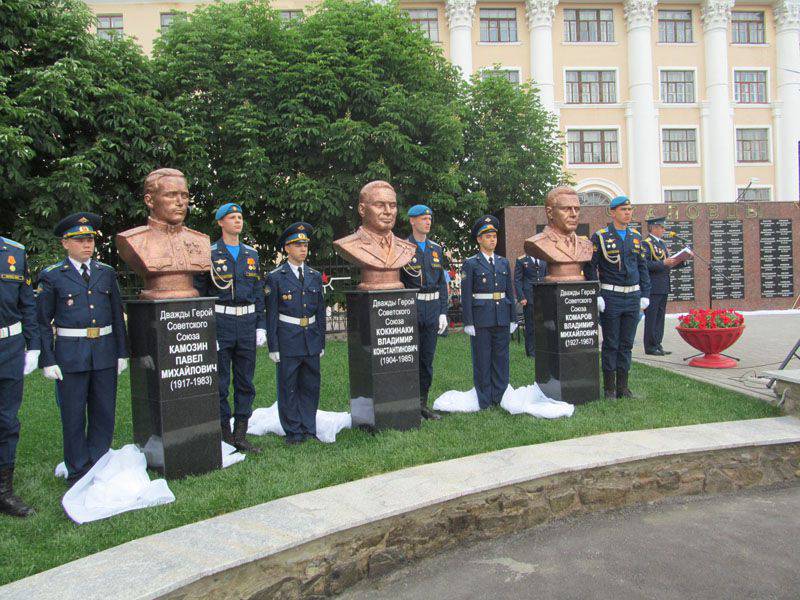 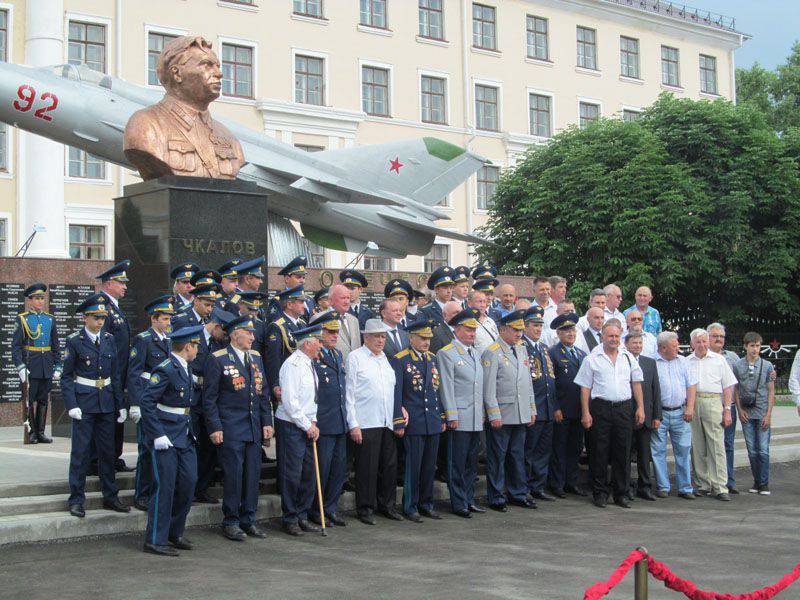 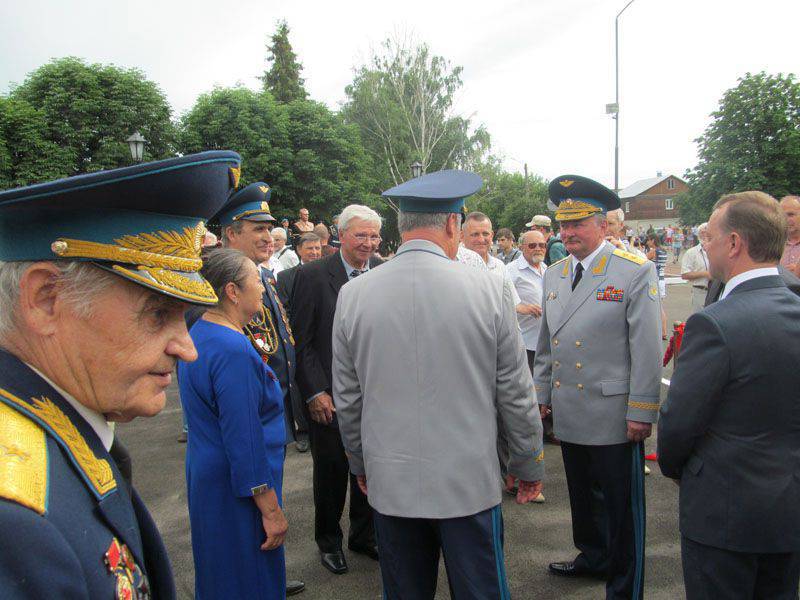 Ctrl Enter
Noticed oshЫbku Highlight text and press. Ctrl + Enter
We are
"Wings of Tauris" originally from BorisoglebskBorisoglebsk Aviation Base is preparing to open a memorial in honor of graduates who became Heroes of the Soviet Union and Russia
Military Reviewin Yandex News
Military Reviewin Google News
23 comments
Information
Dear reader, to leave comments on the publication, you must to register.