October 13 2011
22
Today, the Syrian army is one of the most powerful armies of the Arab world in the Middle East. The armed forces are countries that have a traditional structure of 3 species: ground forces, air forces and air defense forces, naval forces. The total number of armed forces is estimated at 320 thousand people (16-e in the world), 354 thousand people are in reserve, the mobilization resource is estimated at 4 million people, of whom 2,3 million are suitable for military service. In addition to the armed forces, there are gendarmerie formations in Syria - around 8 000 people and the People’s Army (militia).


The modern military doctrine of the country was laid at the beginning of the 90s of the last century and is based on the principle of defensive sufficiency, which determines the development of the Armed Forces. Israel’s main adversary is the threat of military conflicts with Iraq and Turkey. The doctrine provides for the use of the army in military assistance to the Arab countries, as it was during the conflict in the Gulf zone in 1990-1991, as well as in Lebanon from 1976 to the withdrawal of troops in 2005. The military-political leadership of the country believes that the presence of strong armed forces allows Syria to act as an equal partner of Israel in conducting peace talks.

The highest unit of ground forces existing in peacetime is the army corps. He is the highest operational tactical association. The main tactical formation of the ground forces is the division. In total, there are 215 people in the ground forces (another 000 are in reserve). In peacetime, they equipped 300 army corps, 000 divisions, 3 separate brigades, 12 special forces regiments (commandos), 12 separate tank regiment and 1 missile brigade of coastal defense, operatively subordinate to the Navy. 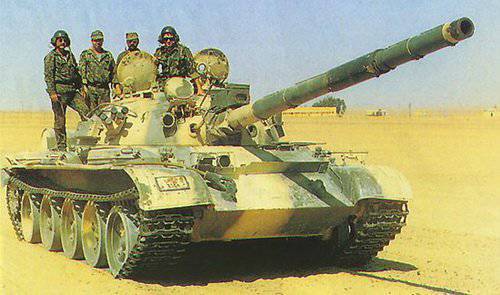 T-62
Of the 12 Syrian divisions, 7 is tank, 3 is mechanized, 1 is the division of the Republican Guard (essentially tank), 1 is the special forces division. There are also 4 separate infantry brigades, 3 brigades of tactical missiles (such as Luna-M, Scud, Point), 2 anti-tank brigades, 2 artillery brigades and a border guard brigade.

Ordinary Syrian tank divisions consist of 2 tank and 1 mechanized brigades, but have fewer tanks to 300 T72 / 62, and their motorized infantry move on armored personnel carriers and BMP-1. In addition, most of the artillery in such units is towed.

The mechanized divisions incorporate the 1 tank brigade and the 2 mechanized, are armed with X-NUMX T-200 / 62 tanks, their motorized infantry units are moved on armored personnel carriers. Artillery regiments of such divisions are equipped with towed X-NUMX-mm M-55 cannons and X-NUMX-mm howitzers D-130. 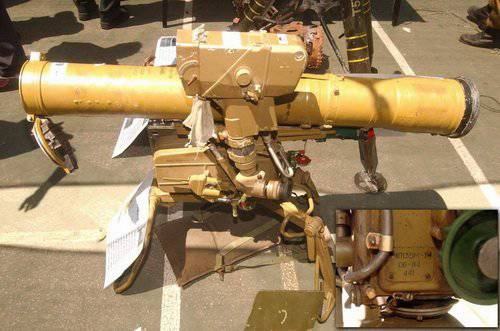 ATGM "Cornet-I"
All in all, the ground forces are armed with 4800 tanks, among them 1500-1700 T-72 of various modifications, around 1000 T-62, 2000-2250 T-54 and T-55, of which approximately 1000 is in conservation. Due to the fact that the last tanks were delivered to the country during the USSR, the army tank park cannot be considered modern. However, according to a number of sources, Syria is making significant efforts to modernize the existing armored vehicles.

Over the past decades, only two major contracts of Syria in the interests of the ground forces are known. In 1995, the modernization of 200 T-55 tanks to version T-55MB was ordered in Ukraine. These tanks received enhanced booking, dynamic protection of the frontal part and part of the sides, as well as the 9K116 "Bastion" guided weapon system. At one time, part of the existing T-72 was upgraded with increased head-on booking and equipment with dynamic protection. A number of experts believe that the T-72 tanks from the Republican Guard division can use the 9K118 “Reflex” guided weapon system. In 1998, Damascus concluded an agreement with Moscow for the supply of 1000 ATCM "Cornet-I" in the amount of 65 million dollars, as well as the Mestis-M complexes in the amount of 73 million dollars. 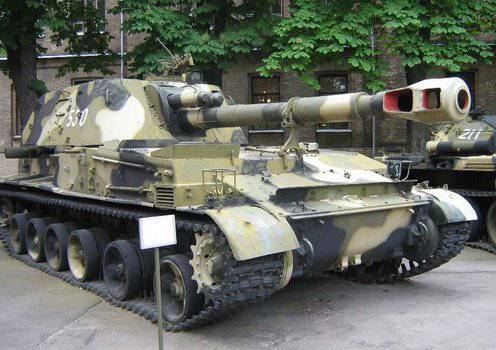 Syria also has a significant number of mortars. There are about 100 mortars of the 160 caliber mm, about 10 240-mm mortars, about 400 120-mm mortars and an impressive amount of 82 mm battalion mortars.

MiG-23MLD Syrian Air Force
It is worth noting that the country's air force has a sufficient number of combat vehicles, which for the most part are obsolete. The most combat-ready fighters from the Air Force are the 48 MiG-29, which in the late 90-x and 2000-s were modernized with the help of Russian specialists. 20-25 heavy MiG-25 interceptor fighters and up to 50 MiG-23MLD fighters may also be of some value. In addition to them, the Syrian air force counts up to 150 MiG-21 fighters, whose combat value in comparison with Israeli fighters tends to zero.

The Syrian attack aircraft has about 40 Su-24 front-line bombers, a similar number of MiG-23BN fighter-bombers and the same number of Su-22 fighter-bombers. Su-24 bombers are capable of flying at ultra-low altitudes around the terrain, developing supersonic speeds, as well as using guided weapons. They are the most effective strike weapons of the country's air force and are able to work even in the conditions of enemy air supremacy.

The air force of the country, despite the presence of a small number of relatively modern cars, is significantly inferior to the Israeli Air Force, both in the quality of its fleet and in its numbers. Among other things, Israel has the best flight personnel and an impressive system of support for the actions of its air force, including airborne early warning aircraft, while Syria has to manage only a system of ground-based radars.

Su-22 Syrian Air Force
Syrian Army Aviation has about a hundred attack helicopters: X-NUMX French SA-55 Gazelle and 342 Soviet Mi-36, besides this, it contains about 24 Mi-100 transport helicopters and up to 17 Mi-10 helicopters.

Syria’s neighborhood with Israel, which possesses significant and well-trained Air Forces, has always forced the leadership of this Arab country to pay close attention to air defense. Currently, Syria has a significant number of anti-aircraft missile systems, as well as an impressive fleet of barreled anti-aircraft artillery.

The country's air defense units are represented by 2 divisions, 25 anti-aircraft missile brigades (as part of the air defense divisions and individual, only about 150 batteries), parts of the radio engineering troops. Currently in service is 908 PU ZUR (about 600 C-75 and C-125, to 200 "Square", 48 PU ZUR of long-range C-200M, 60 PU ZUR "Wasp", and also to 4000 artillery guns ). The territory of the country is divided into 2 air defense zone: South and North. To control the country's air defense, there is a 3 fully computerized gearbox.

For the most part, the outdated C-75, C-125 and Kvadrat air defense missiles are in service (the latter have been upgraded, the possibility of intercepting air targets in the conditions of strong radio-electronic suppression from the enemy) is improved. These air defense weapons are not able to effectively counteract modern means of air attack, while experts note problems with the training of personnel of the formations. 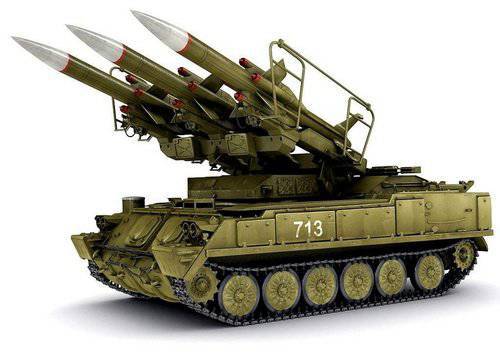 ZRK "Square"
The most long-range and modern air defense systems are the S-200M (Vega-M) air defense missile systems deployed in 2 brigades with a total of 48 units. The range of their shooting exceeds 250 km, in contrast to its early counterparts, this modification allows you to fight with low-flying targets. To cover the deployment areas of these air defense systems, Syria has 14 batteries (60 PU) of mobile Osa air defense systems.

Summing up, we can say that Syria’s air defense, although it does not have the newest air defense systems, like Buk-M1 or C-300, with proper use, is able to provide an adequate level of cover for civilian objects and troops from the air, forcing the enemy air forces to switch from attacks from ground targets to the fight against air defense.

The Syrian Navy is the smallest type of armed forces - about 4 people. The main tasks are the protection of maritime communications, the defense of the country's coast and territorial waters from attacks by enemy naval groups. The headquarters of the Navy is in Latakia, the ships are located in 000 bases: in Latakia (main base fleet), Tartus, and Mina el Beide. The fleet also includes artillery and missile units of coastal defense, a squadron of PLO helicopters, an observation battalion and a squad of combat swimmers. 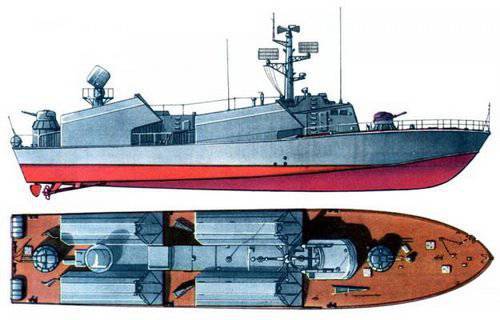 It is worth noting that the ships and boats of the Syrian Navy are morally outdated and badly worn, needing major repairs and replacement with new ships.

We are in Yandex Zen
Armored vehicles of Yugoslavia. Part of 3. Yugoslav People's Army (1945-1980's)
Korean People's Army. Anti-tank weapons
22 comments
Information
Dear reader, to leave comments on the publication, you must to register.