13 May 2015
10
May 11 joint naval exercises started fleet Russia and the Navy of the People's Liberation Army of China. The ship group of the two countries went to the Mediterranean Sea to work out issues of cooperation in the protection of shipping. Another joint Russian-Chinese maneuvers are planned for August. A platform for them will be the waters in the Sea of ​​Japan. Such cooperation in the military sphere is attracting attention and is a new topic for discussion. A new topic is being actively discussed in domestic and foreign mass media and various assumptions are being made regarding the causes and consequences of cooperation between the two countries.


A few days ago, on May 7, the Taiwanese edition of the Want China Times expressed its opinion on Russian-Chinese exercises. In her article Four reasons for China-Russia drills in the Mediterranean (“Four reasons for the Chinese-Russian exercises in the Mediterranean”), as its name suggests, Taiwanese journalists tried to figure out the situation and find its roots. The material in the Taiwanese edition uses information from the Sina Military Network.

First, the Taiwanese edition notes that the May Russian-Chinese exercises will be the first such event in the Mediterranean. At the same time, the journalists found it necessary to recall that China and Russia have been conducting joint maneuvers several times since 2012, but so far the fleets of the two countries have been studying interaction in the Pacific Ocean.

According to official data, recalls the Want China Times, the purpose of the exercise is to develop cooperation and work out the joint work of two military fleets. PLA Navy spokesman Geng Yansheng has previously argued that the upcoming exercises of the two countries in the Mediterranean are in no way connected with the military or political situation in the region, nor are they directed against any third countries. Their sole purpose is to work out the interaction between the PLA Navy and the Russian Navy.

Nevertheless, the publication Want China Times does not even doubt that the planned joint exercises are a kind of signal to third countries. For example, joint maneuvers of the United States and Japan in the East China Sea, as well as the US-Philippine exercises in the South China Sea, are a signal to China and are directly related to territorial disputes in the region. In addition, the United States and South Korea, conducting joint naval maneuvers, directly show their intentions to Pyongyang.

When viewed in this light, the planned Russian-Chinese exercises can be considered a signal to Washington. The American leadership is concerned about the Chinese plans and is trying in every way to strengthen relations with various countries of the Asia-Pacific region in order not to allow China to improve its position and become an unconditional regional leader. In addition, since last year, the United States has been conducting an unfriendly policy and imposing sanctions against Russia, which is now arranging joint exercises with China.

Russia and China continue to conduct joint exercises of their military fleets, developing cooperation in this area. At the same time, curious statements by politicians from third countries are heard. Not so long ago, the Japanese government delegation visited Washington. Japanese Prime Minister Shinzo Abe and US President Barack Obama said that their countries in the near future will develop and strengthen cooperation in the military sphere. Therefore, notes the publication of the Want China Times, it should not be surprising that the next Russian-Chinese exercises in the waters of the Pacific Ocean will be held in August, i.e. before the 70 anniversary of the end of the Second World War and the surrender of Japan.

Want China Times mentions that from open sources some details of the formation of the ship group, which should participate in exercises in the Mediterranean Sea, are known. Thus, nine combat ships and a number of support vessels will be involved in the exercises. It is noteworthy that the PLA Navy will represent ships involved in the fight against Somali pirates. According to Gen Yanshen, the ships of the two countries will work out the issues of safe navigation, cargo transfer, escort ships and practice shooting.

Considering the current situation, Taiwanese journalists come to the conclusion that there are four reasons why Russia and China intend to conduct joint naval exercises in the Mediterranean.

The first reason is the peculiarities of Russia's foreign policy. Official Moscow set a course for deepening cooperation with China. The Russian Federation and the People’s Republic of China are strategic partners, and their cooperation has some interesting features. In addition, both Russia and China cannot count on their place in other international alliances. Also, journalists at the Want China Times note that Moscow and Beijing, unlike Washington and other capitals, perceive each other as equal partners.

The second reason concerns the military-political plans of Russia. The Russian leadership not only intends to improve relations with Chinese partners, but also plans to restore its presence in the Mediterranean. In addition, Russia wants to expand its influence both in the Mediterranean and in the Middle East. In the case of the latter, partnership with China is also demonstrated. Exercises in the Mediterranean are a signal to the countries of the region. Russia with their help shows that, despite the current problems associated with the Ukrainian crisis, it is not going to leave the region.

The third prerequisite for conducting exercises is related to the plans of China. Through exercises, Beijing intends to show its influence in North Africa and the Middle East, as well as demonstrate its ability to protect maritime transport. At present, Chinese industry receives most of the oil consumed from North African and Middle Eastern countries. At the same time, export volumes to Europe are growing. Most of these shipments go by sea. The Mediterranean Sea lies at the junction of three regions of strategic importance for China. Presence in the Mediterranean allows Beijing to solve a whole range of different problems related to political and economic interests.

In addition, the naval forces of the People’s Liberation Army of China are not yet present in the Mediterranean region. As a result, the Russian-Chinese exercises will help the PRC seafarers to explore an unfamiliar region and practice combat missions, and will also be the first step in the development of new water areas.

The fourth reason for the exercise concerns the political and economic plans of China, and also affects the interests of European states. China intends to develop economic cooperation with Europe. At the same time, not a single European capital wants to quarrel with Beijing. In this case, the joint exercises of China and Russia, against which sanctions were imposed, can be a peculiar hint. At the same time, however, China is not going to frighten and repel European countries. On the contrary, the Chinese leadership is trying to attract other countries to participate in the One Belt program, One Road. Beijing is initiating the creation of two major trade routes. In accordance with this proposal, the overland Silk Road should appear in Eurasia. In addition, it is planned to create a maritime trade route, designed to link China and Europe.

It should be noted that the publication Want China Times, analyzing the prerequisites for joint naval teachings of Russia and China, does not fall to charges of aggressive plans and other unfriendly things. The reasons for the maneuvers are exclusively political, strategic and economic interests of the two countries. It does not mention the desire of someone to conquer or otherwise infringe on other people's interests. Moreover, in the fourth alleged reason for the exercise, China is even a benefactor who wants to help Europe.

The first joint exercises of the Russian Navy and the PLA Navy this year will be held from 11 to May 21. The next such event is scheduled for August of this year. In the very near future, it will be possible to find out how accurate the assumptions made by Taiwanese journalists regarding the prerequisites for conducting maneuvers in the Mediterranean Sea turned out to be. In their opinion, the main goals of these exercises were related to the economic and political interests of the two countries. Thus, the first signs of obtaining the desired results may appear as soon as possible. 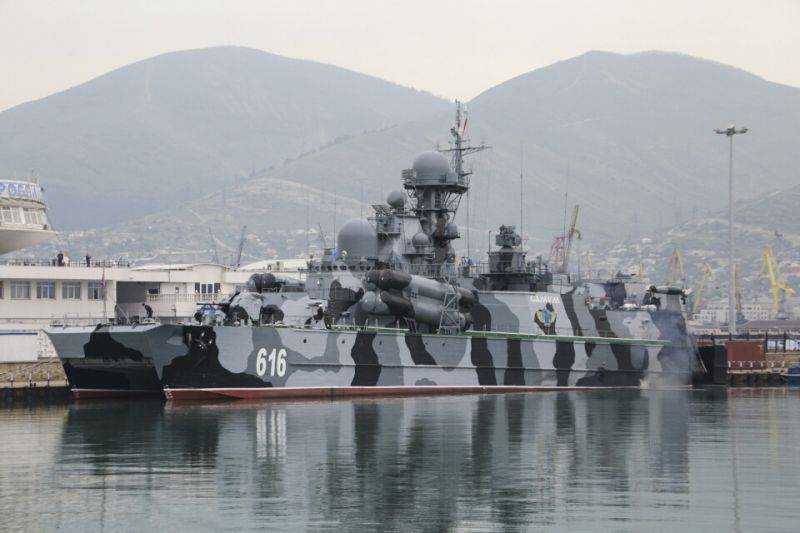 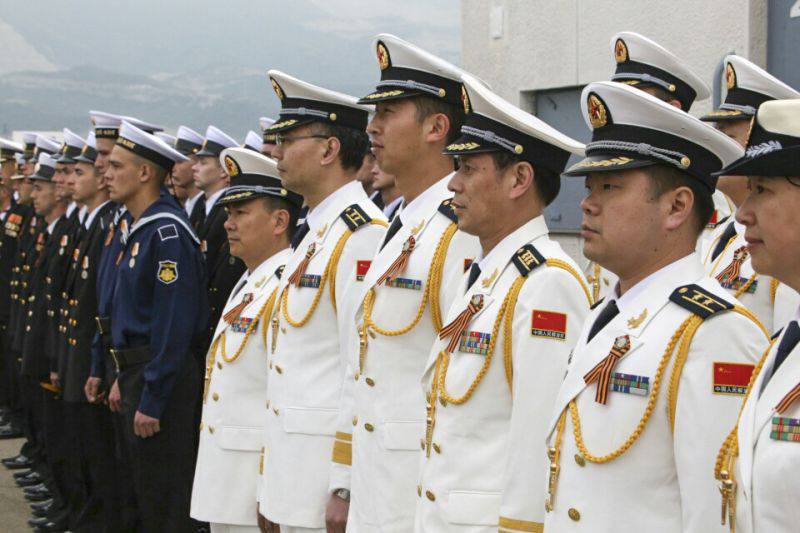 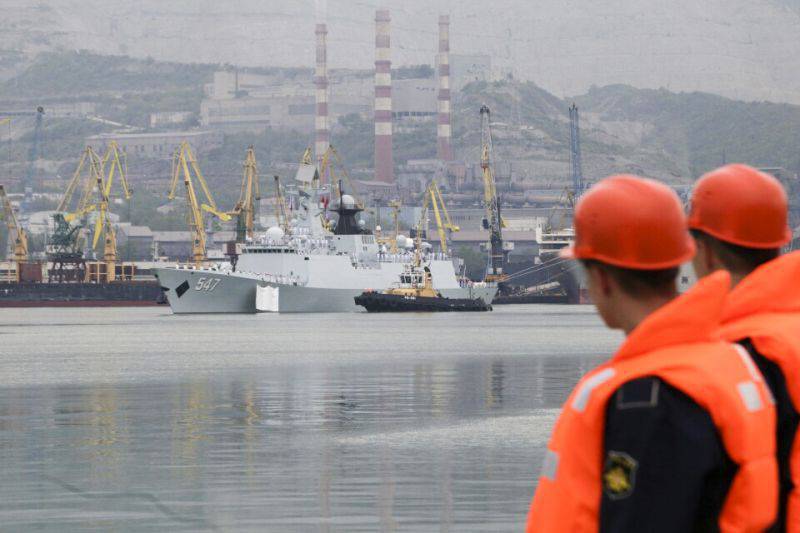 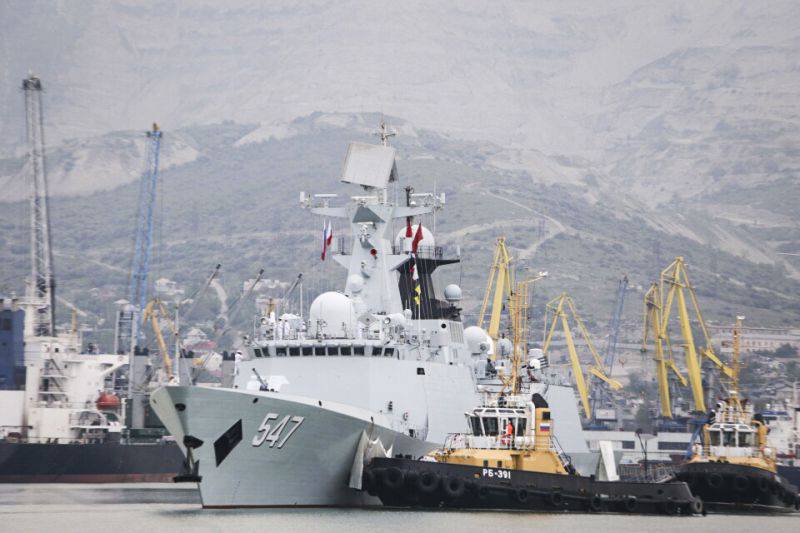 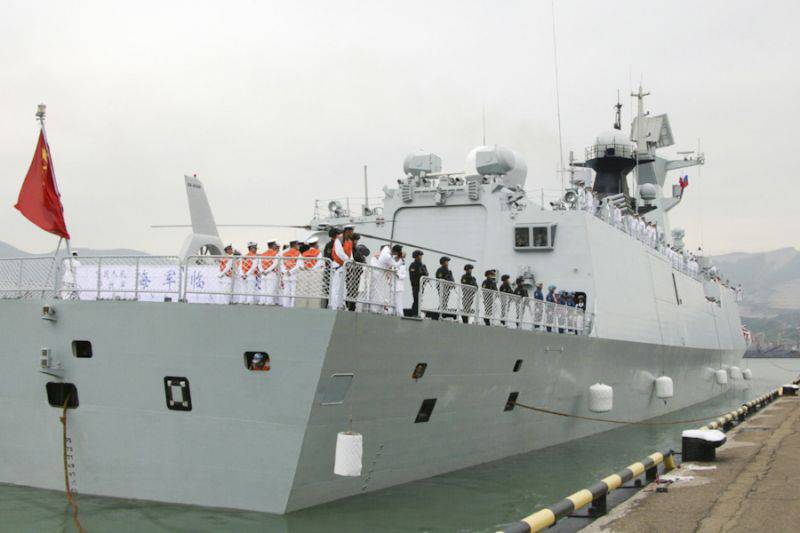 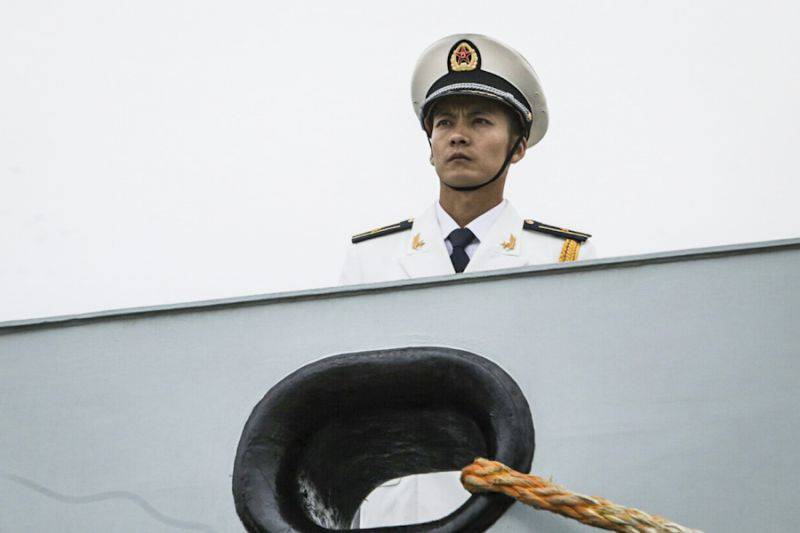 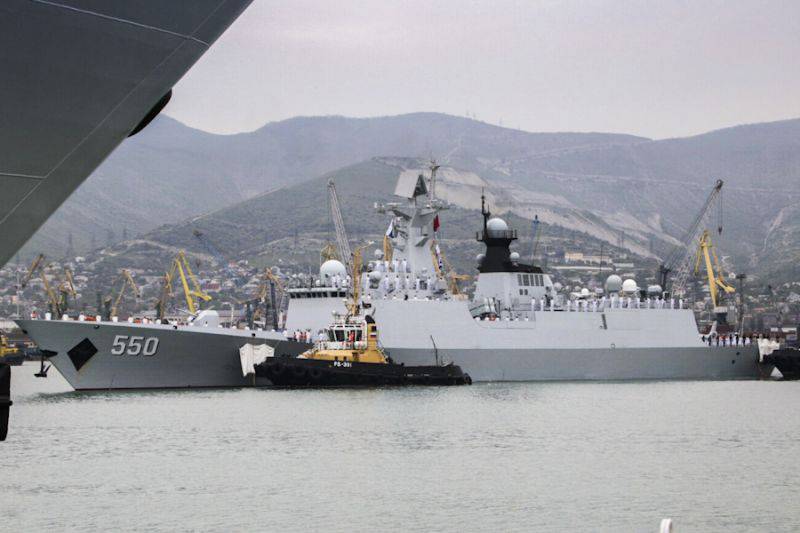 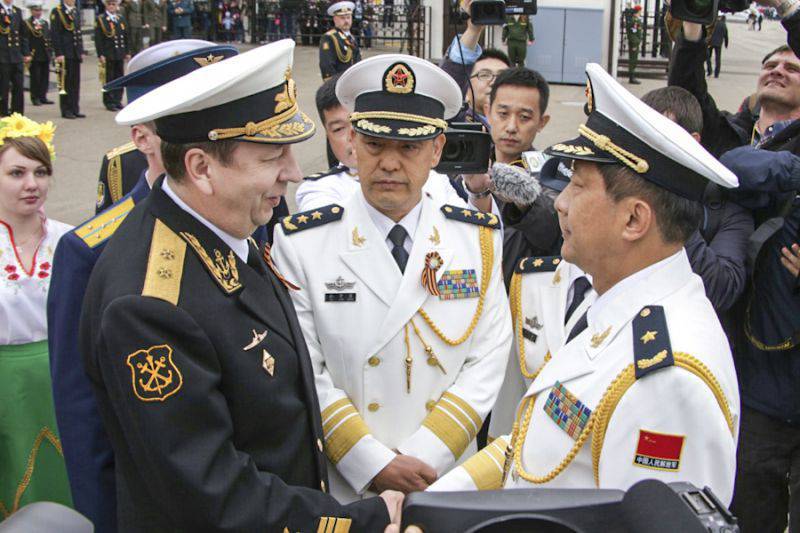 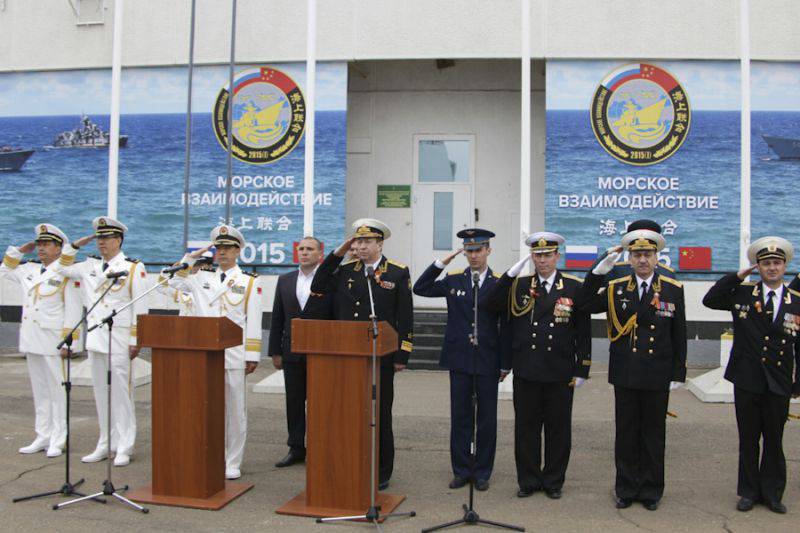 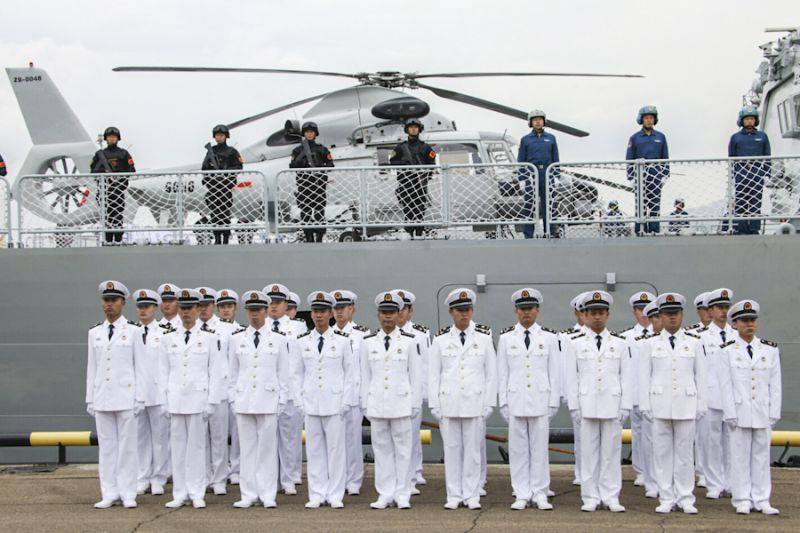 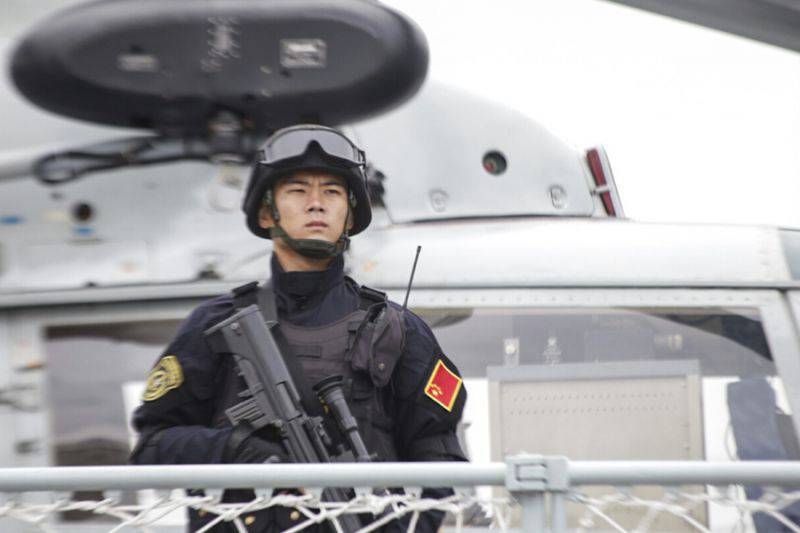 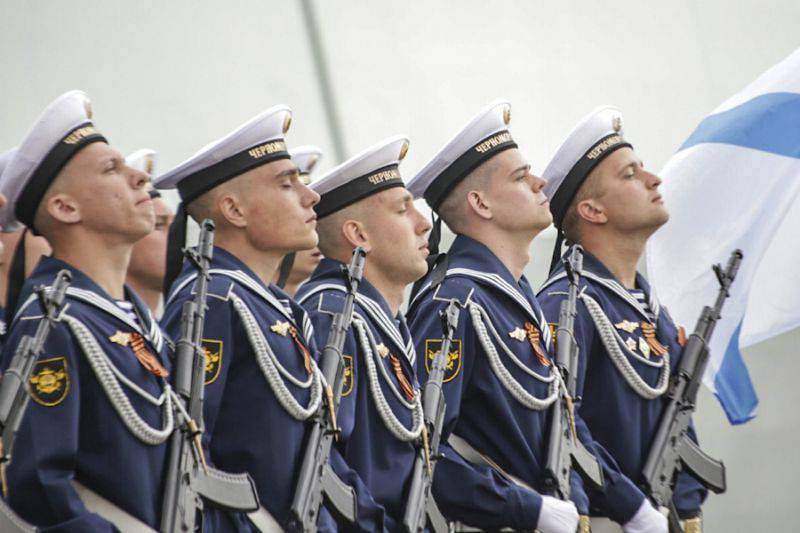