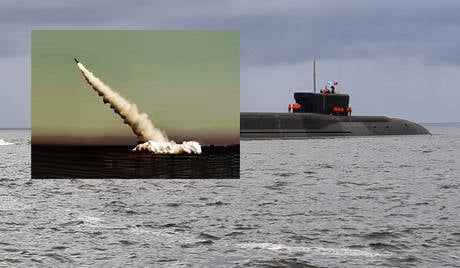 Year after year Russia has been trying to get a clear answer to its questions on the North Atlantic missile defense system. But the United States and European countries involved in this project still prefer excuses on the Iranian or, even worse, North Korean threat (a good answer is where is the DPRK and where is Europe). So Russia has every reason to believe that missile defense systems in Europe can be built against it as well.


The most obvious way out is to negotiate. However, this method seems to be at a standstill and will do nothing. September 13 at the Russian Foreign Ministry stated again: negotiations with the United States and NATO do not give any results. Develop missiles capable of overcoming potential adversary protection systems? This is a matter of course. But missile defense in Europe can be answered “symmetrically”, which Russia will do.

Not so long ago - in 2007, in the USA, the new version of the Aegis Combat System ship complex was tested. The main innovation in its composition is the Standard-3 rocket RIM-161 Standard Missile 3 (SM-3). It can hit targets both at “standard” altitudes and in the transatmospheric space. The updated Aegis system was first tested in practice on February 21 2008, when the cruiser CG-70 Lake Erie was ordered to destroy the emergency satellite USA-193. Despite the satellite flight parameters (altitude of 247 km orbit and speed over 27000 km / h), the very first missile successfully hit the target and confirmed the effectiveness of the ship's missile defense systems.

It must be admitted that the development of the SM-3 rocket was accompanied by a mass of disputes about the advisability of installing strategic missile defense missiles on ships. But in the end, the supporters of the ship's missile defense were able to convince the US military authorities that the ship has more mobility than ground complexes and therefore, among other things, has a better chance of surviving in war and fulfilling its mission.

Earlier, the Russian side had already announced that in response to the deployment of a Euro-Atlantic missile defense system in Eastern Europe, it would have to (especially emphasized the necessity of such a step) to deploy Iskander-M operational-tactical missile systems in the Kaliningrad region. Yes, and Transnistria has shown willingness to host the "Iskander", which will allow "block" not only almost the entire territory of Poland, but also Romania, and part of the Czech Republic and Slovakia.

Now it is announced that Russia intends to expand the range of its anti-missile systems. On September 22, the Euro-Atlantic Missile Defense System: a View from Russia and Ukraine was held in a video conference where Vladimir Kozin, Deputy Head of the Press and Information Department of the Russian Foreign Ministry, said: the country has begun developing a new sea-based ABM system. Kozin added that all the nuances of international law have already been verified and the system will not contradict them in anything.

Probably, the success of the last generation Aegis system pushed this decision of the Russian military. In addition, Washington has already talked about its plans to deploy its missile defense ships in the Mediterranean or even in the Black Sea. Also consider the option of patrolling several northern seas. Perhaps it is enough just to look at the map of the world and already there will be doubts: will the missiles be used precisely against Iran or the DPRK? Moreover, these countries so far have no intercontinental missiles that could constitute a serious threat even to Europe. But already there are means to counter these missiles. Of course, there are many doubts about the truth of the statements of the creators of the Euro-Atlantic missile defense, and some political scientists even predict a new arms race, only this time exclusively in the area of ​​missiles and missile defense.

Kozin substantiated the need to create a sea-based missile defense system, among other things, by the fact that all negotiations regarding the Euro-Atlantic system lead nowhere. There were even proposals for Russia's participation in this program, but they remained proposals. Moreover, Russia still has not received even guarantees about the possible use of the system against it. And this, at least, is suspicious. In this case, Kozin says, until we have received all the information we need about the purpose, composition and prospects of the Euro-Atlantic missile defense, Russia will be forced to build its defense at its discretion. Even if her plans are not consistent with strangers. And you still have to build your system.
What is abroad?

In the former socialist bloc, one agreement after another is signed. In September of this year, Poland first agreed with the United States on the installation of interceptor missiles on its territory. A few days later, Romania signed an agreement with America. It will be based not only missiles, but also a radar detection, and the control center of the Eastern European sector of the Euro-Atlantic missile defense. Fully building systems in Poland and Romania should be completed by the end of the decade. At the same time, as already mentioned, both Polish and Romanian objects can get into the “zone of responsibility” of “Iskander” located near Kaliningrad or in Transnistria. But, fortunately, the Poles and Romanians, while Russian missiles are not aimed at objects of the respective countries.

For several years, the United States has been negotiating with Turkey to deploy radars and missiles on its territory. True, these negotiations are very slow and unproductive. They are hampered by a number of politicians who believe that it is not worth helping the US to create a threat to friendly Muslim countries, for example, Iran. Also, the Turkish side is concerned about the possible transfer of data from their facilities to unfriendly states, first of all, to Israel. So in the next year and a half, negotiations between Turkey and the United States are unlikely to lead to any positive result for the latter. Russia is quite satisfied with this: the radar station, which is planned to be installed in Turkey, may well be observed not only for “unreliable countries”, but also for the North Caucasus region of Russia itself.

We are in Yandex Zen
Rockets for a growing umbrella
Missile attack on Europe: myth or reality?
18 comments
Information
Dear reader, to leave comments on the publication, you must to register.