March 21 2015
20
Something a long time ago there were no articles about armory exotic, but there are still many curious ones. For example, the so-called underhammers. The invention of the capsule led not only to a change in the design of gun-pistol locks, but also to the fact that a number of companies began to install them upside down, so that the trigger was placed not above the barrel, but under it, right in front of the trigger. Such a system is called Underhammer.
It would seem that its advantages are obvious. The weapon becomes more compact, and the trigger is greatly simplified to just four parts - the trigger, the trigger spring, the trigger and the mainspring. In an extremely simplified version, you can even abandon the springs by combining the trigger in one part with a spring bracket.

However, underhammer has a serious drawback: when you hit the trigger on the primer, they lift up, knocking down the sight. For guns with their long and heavy barrels, this does not play a noticeable role, but for “lower-turk” pistols to increase the accuracy of the battle it was necessary to significantly weight the muzzle, which made them less easy to handle than the “classic” models. However, this did not apply to pocket and ladies pistols intended for shooting almost point-blank.

In 1820-40, the Underhammers produced weapons factories and workshops for Allen, Willard, Sefton, Ashton, Sessier and some others, but their share in the total output of small arms was insignificant. As far as I know, not a single army in the world has adopted such a scheme for pistols and guns.

Next is a photo collection of original samples of “undercourt” riflemen, as well as their modern replicas for collectors.

Replica of Sefton's pistol, in which the mainspring is simultaneously a trigger guard.

A replica of the pocket underhamhammer Sessier, which is sold complete with pulleys.

Another ornate duel underhammer Goss. These pistols were produced in Paris in 1820-25. 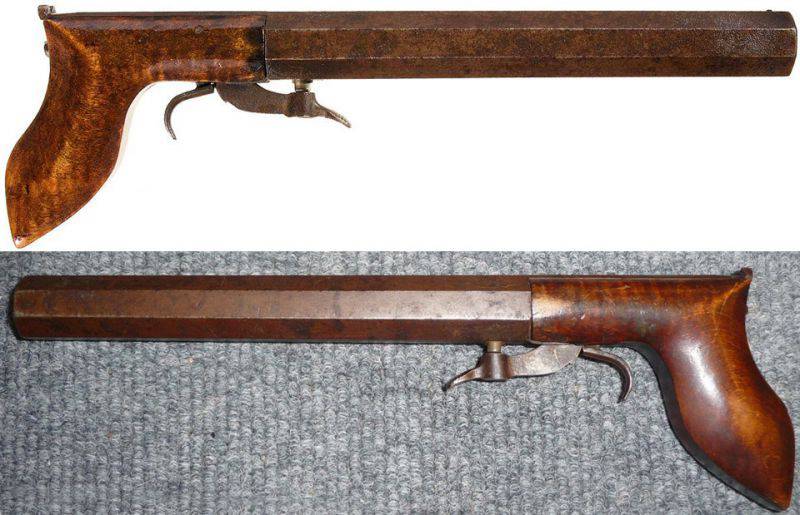 The simplest underhammer, in which the trigger is combined with a spring-loaded fighting spring, reinforced under the barrel. 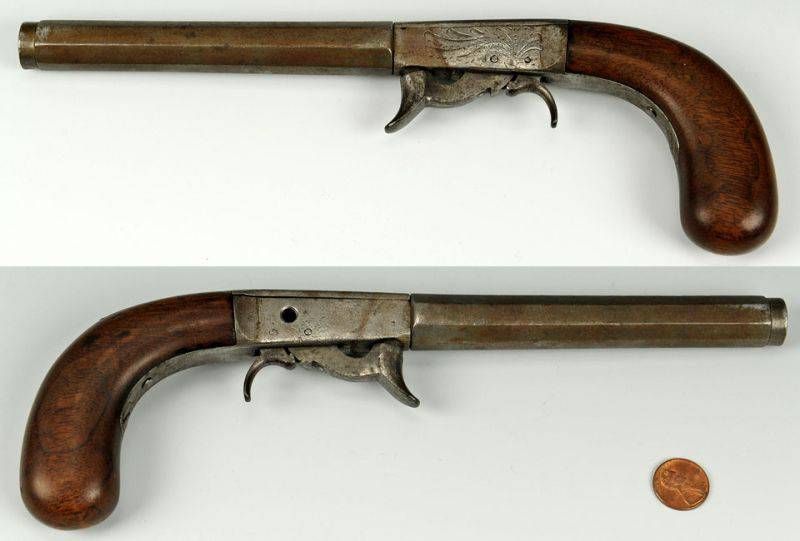 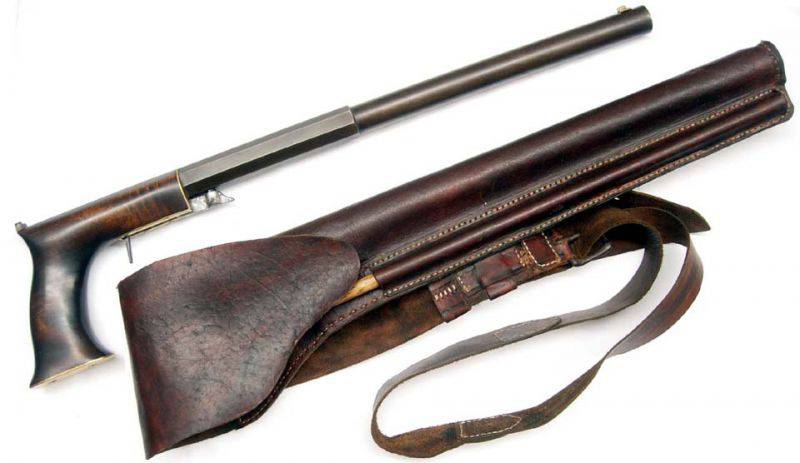 Rodman Olsen's remarkable hunting pistol "Lehman Style" with a no less remarkable holster. And for just 270 dollars, though, this is the initial auction price.

"Gunshot canes" with removable butts and without. 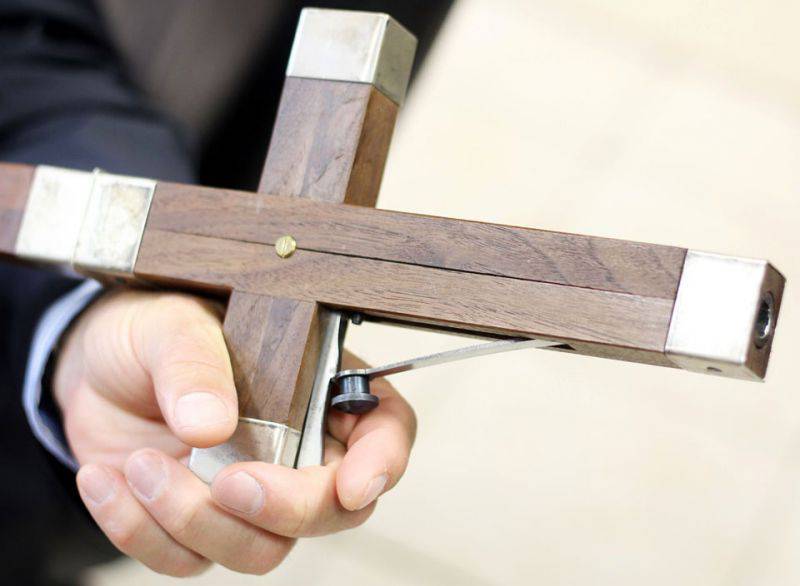 A modern replica of the "shooting crucifix" that helped pious holy fathers carry the Word of God to lost sinners. 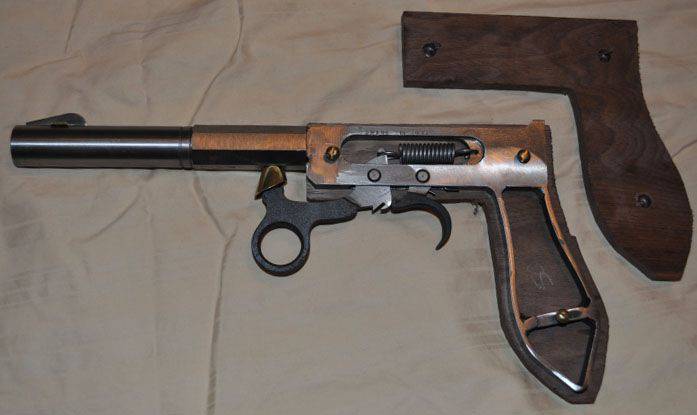