October 21 2013
47
Perhaps people who occasionally communicate with the military from the armored forces, have heard a strange catchphrase: “To broken Tanks the enemy is overgrown with chrysanthemum. " Yes, it is not easy for an uninitiated person to understand why enemy broken tanks should grow with chrysanthemum. In fact, everything is quite simple, but only those who know what the real "Chrysanthemum" is mentioned in the proverb can appreciate the irony of the joke.


The first "Chrysanthemum-S" was developed in the mid-eighties. Developed engaged Kolomna design bureau. The general designer, who led the project - S.P. Invincible. Well, maybe it gives some mystery, but experts managed to create a really invincible weapon, which could not be compared with anything that was created by humanity at that time. July 1996 of the year fully proved this. After all, it was then that the general public was shown "Chrysanthemum-S". Under a modest floral name, a truly formidable weapon was concealed - a multipurpose missile system capable of hitting a target at any time of the day and in any weather.

No, even the most modern tank armor, could not withstand the terrible strike force of the Chrysanthemum-S missiles. There were no exception and tanks with dynamic armor, which had previously shown good results in the tests. Of course, the purpose of the missile complex could be not only tanks, ranging from light and high-speed to heavy, equipped with powerful armor. Also, "Chrysanthemum-C" is capable of destroying low-flying air targets and low-tonnage surface targets. Any reinforced concrete structures in which the enemy soldiers were hiding were also completely defenseless against the destructive power of these weapons.

The basis of "Chrysanthemum-S" is an infantry fighting vehicle with a five hundred horsepower engine. Due to this, the missile system can easily move at a speed of 45 kilometers per hour over difficult, rough terrain. On the track, it easily develops speed in 70 kilometers per hour. At the same time, a solid reserve of fuel allows it to overcome without refueling up to 600 kilometers! It is also important that the transition from the marching state to the combat "Chrysanthemum-S" can be surprisingly fast. As the military jokes, the Chrysanthemum blooms in twenty seconds.

Two rockets are constantly ready for battle. And they can be launched simultaneously, successfully hitting different targets at different distances. This makes the missile system especially popular.

The unusual power of the missiles allows them to pierce any of the existing armor. In a direct collision at an angle of 90 degrees, it is able to penetrate monolithic armor covered with dynamic protection. Therefore, any existing armored vehicles are completely defenseless against this terrible weapon. Well, SP Nepovedimy and his team created a huge amount of military equipment, twenty-eight of which were put into service. But nevertheless Sergey the Invincible considers as the best his creation “Chrysanthemum-S”.

Well, it is quite justified. After all, not even an amazing penetrating power is the main advantage of this missile complex. The most interesting is the fact that “Chrysanthemum-C” is capable of destroying a target, regardless of whether its operators see it or not. And it doesn’t matter what obstructs the view - darkness, fog, snow or more serious obstacles.

Make this dream of all designers allowed the creation of a unique radar system. The locator creates an invisible radio beam, operating in the millimeter range. And when the beam finds the target, and the rocket starts, the unfortunate target has no chance. Release of a smoke screen, maneuverability, speed, or an attempt to escape - nothing will allow her to survive. Of course, the radio beam guidance is carried out without the participation of the operator - the person is simply not able to coordinate the rocket movement so clearly.

No other equipment in the world has a similar system. Only some Apache helicopters are equipped with a radar system operating in the three-millimeter range.

Experts say that it’s enough just three Chrysanthemum-S weapons to keep the enemy’s huge forces at a decent distance. Starting a battle, they are able to thwart the onslaught of a whole company of tanks. In a matter of seconds, about half of the company will be destroyed. And all this will happen before the enemy has time to come to his senses and take appropriate action!

"Chrysanthemum-C" is able to conduct a successful fire at a distance from 400 meters to 6 kilometers. So there are serious arguments in favor of the fact that she will keep the leading position in her class for several more years, simply without having worthy competitors. 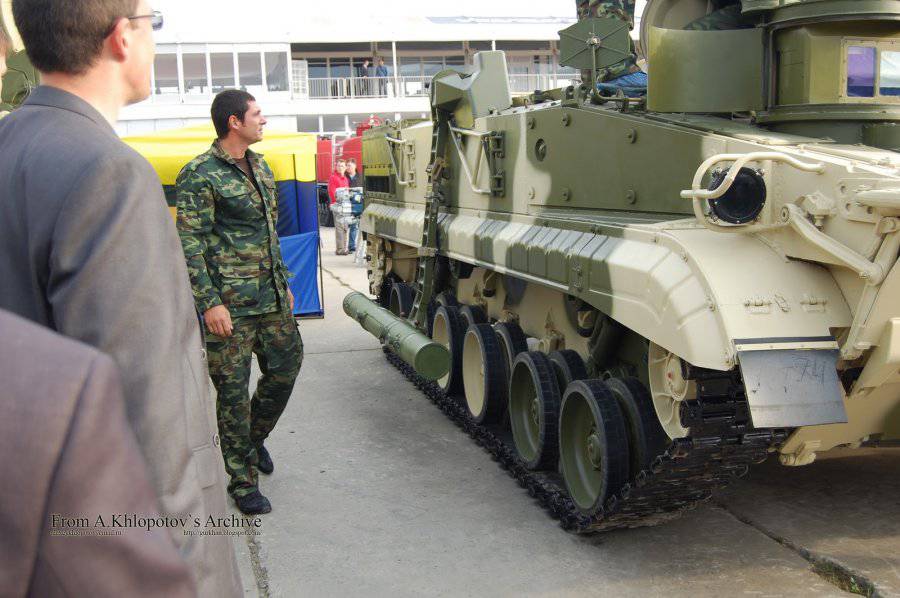 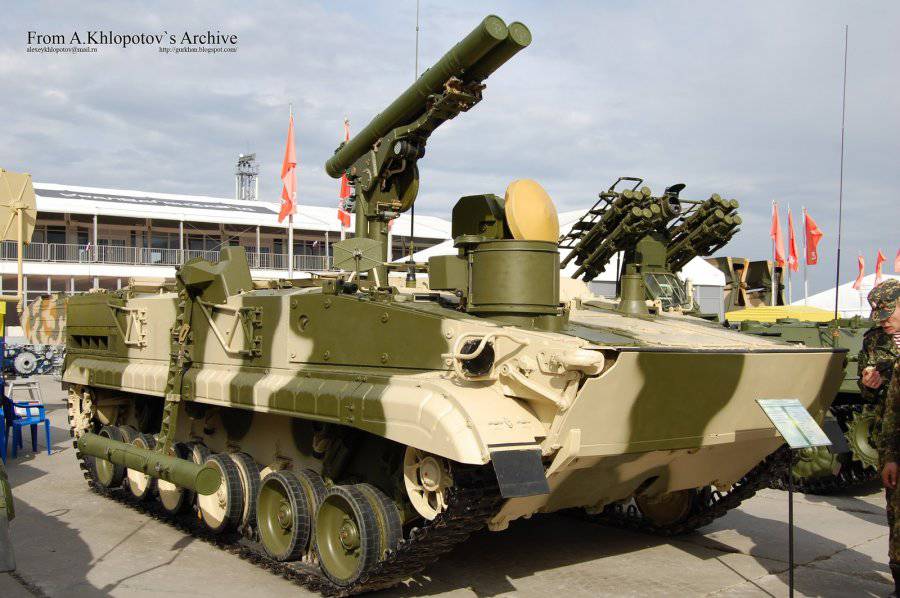 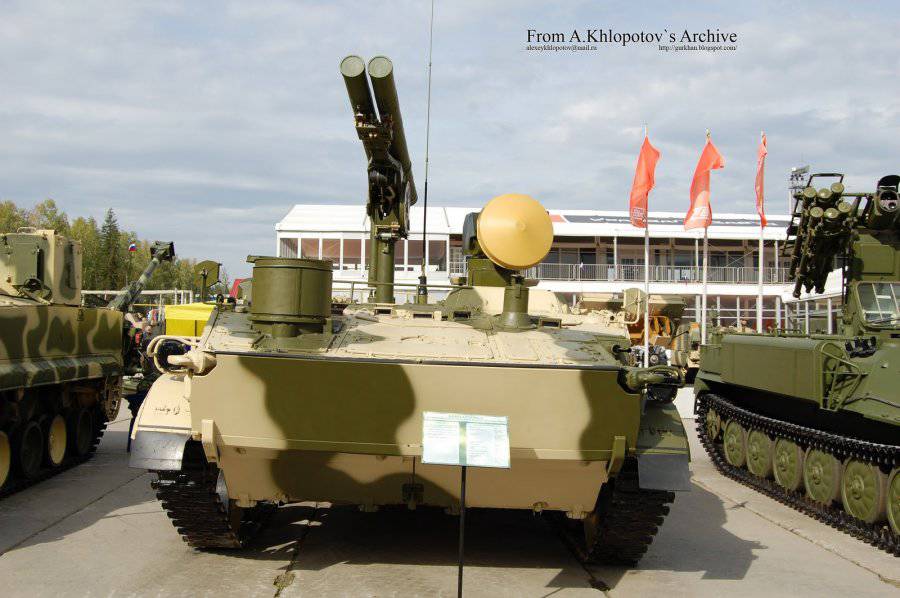 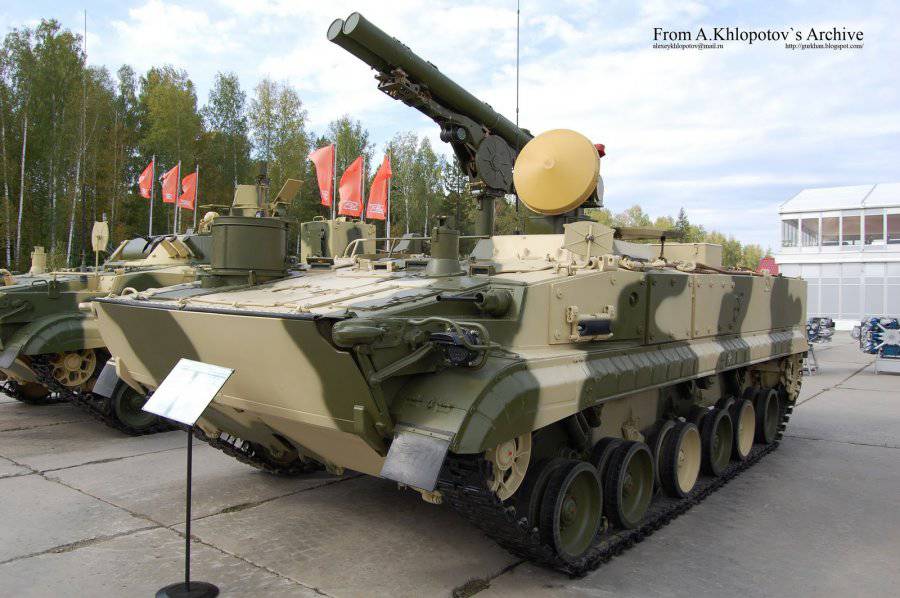 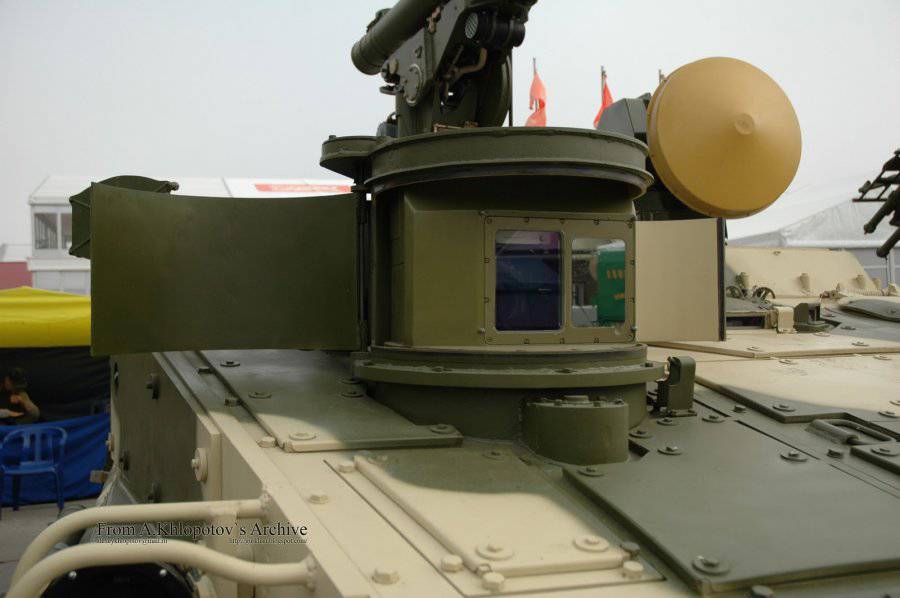 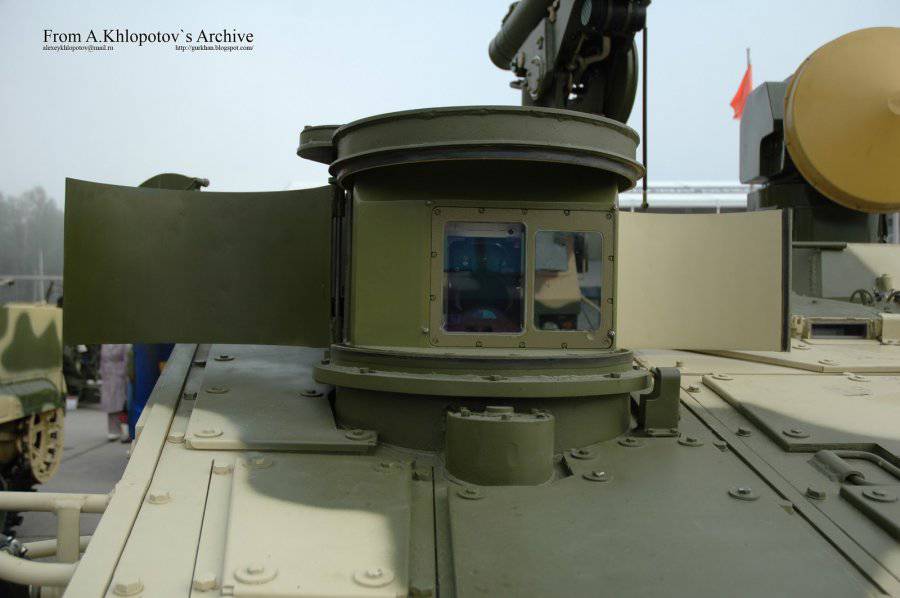 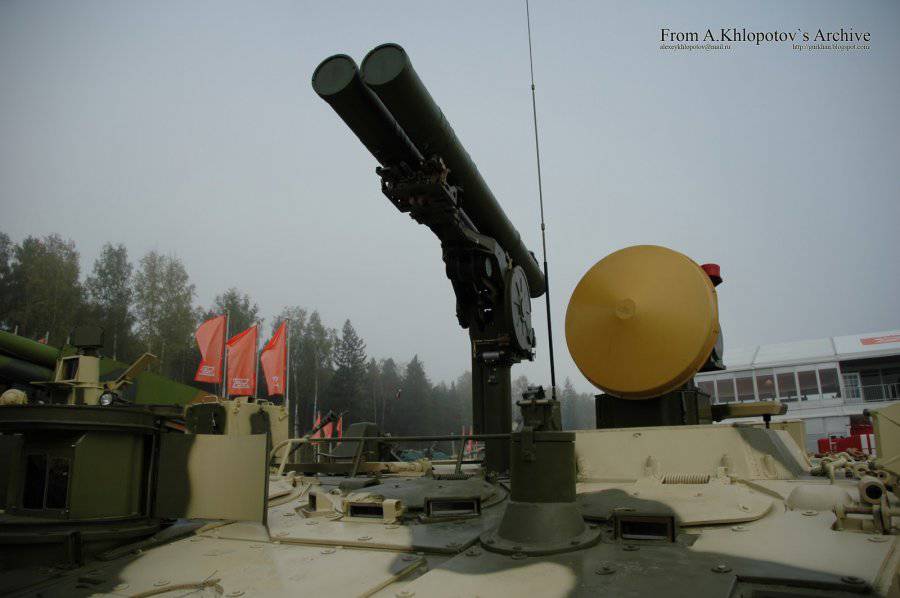 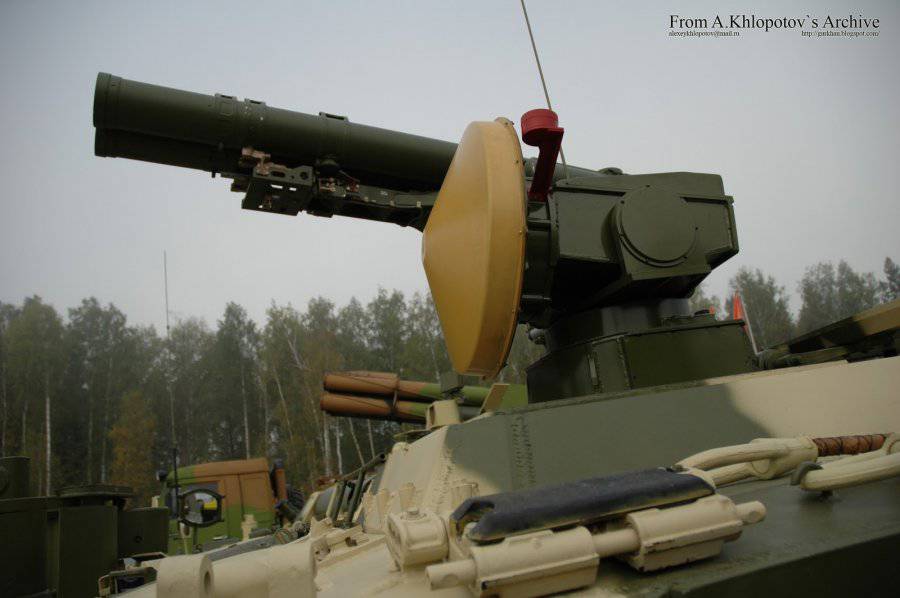 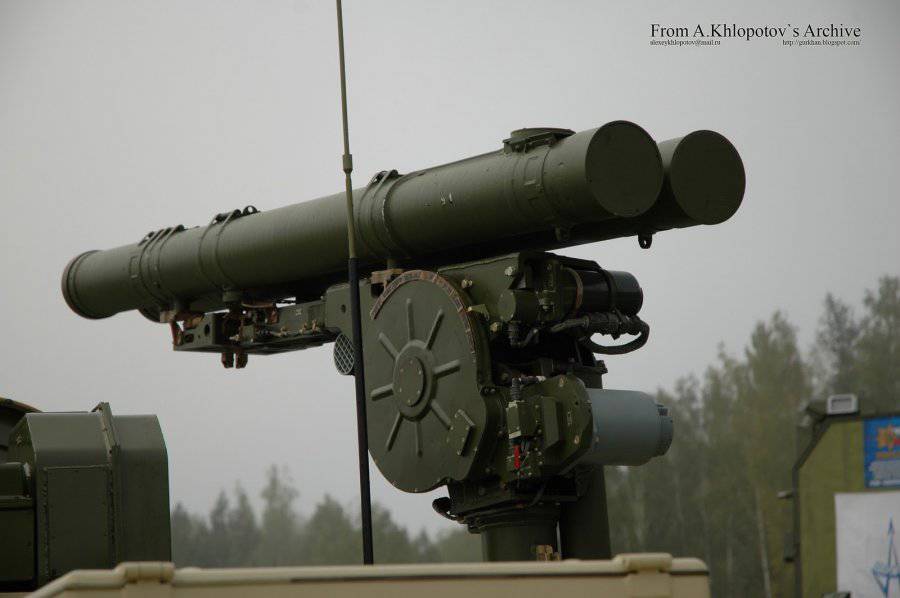 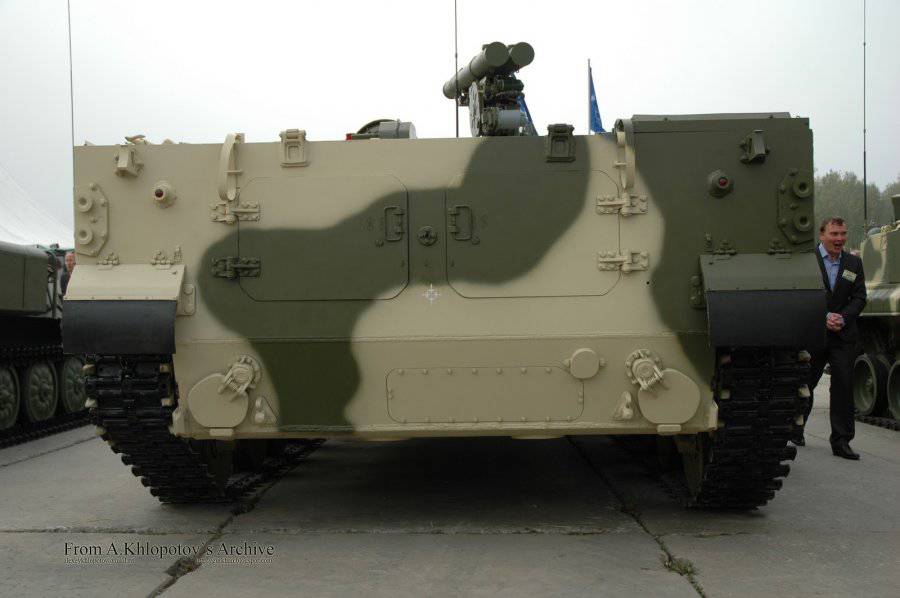 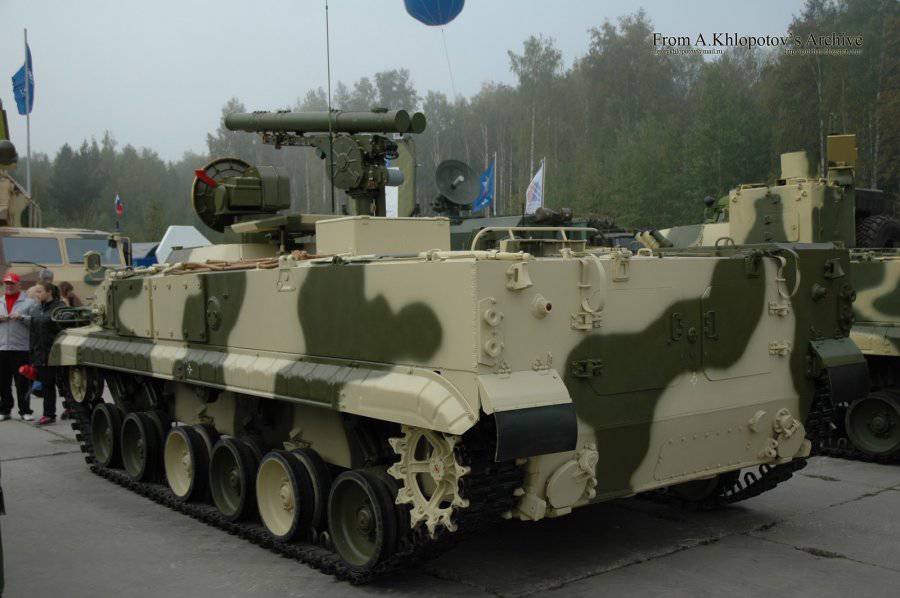 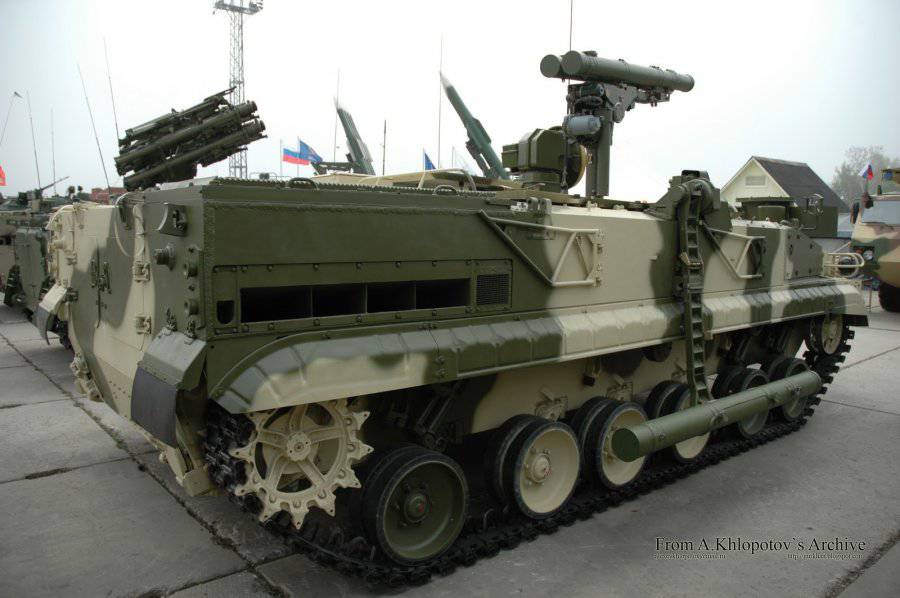 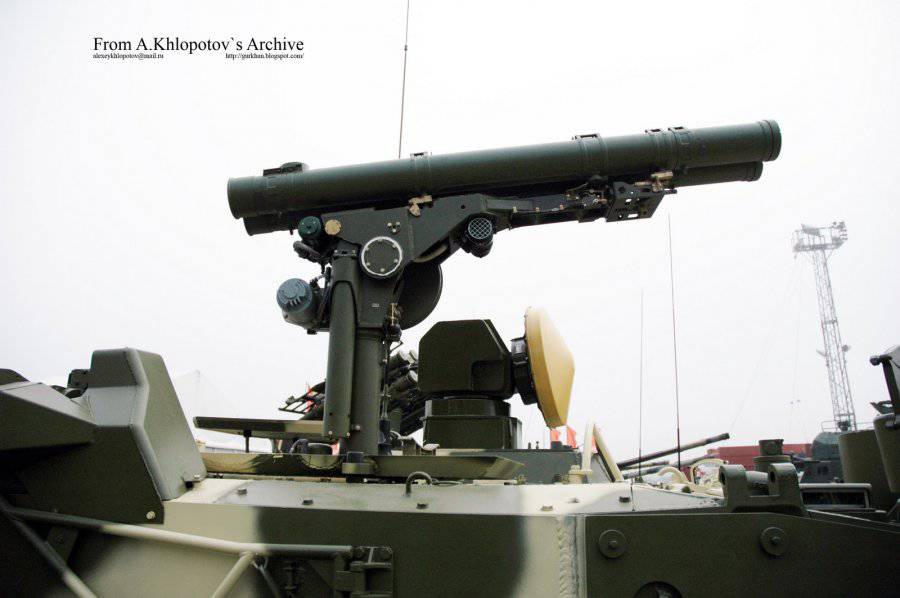 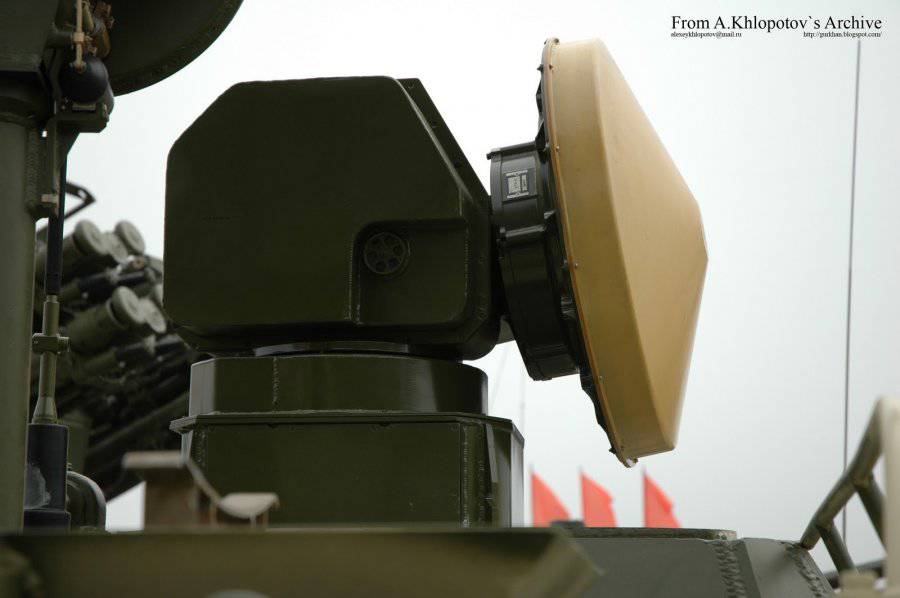 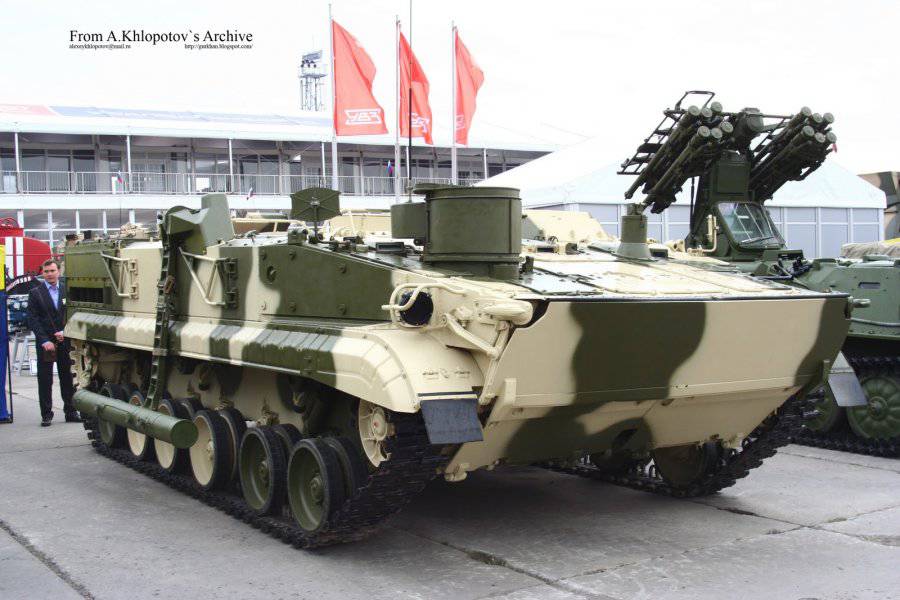 Ctrl Enter
Noticed a mistake Highlight text and press. Ctrl + Enter
We are
The seventh "Flower" in the artillery "bouquet" and its unified heirs "Peony"Anti-tank missile system on a tracked chassis "Chrysanthemum-S"
47 comments
Information
Dear reader, to leave comments on the publication, you must to register.