The best fight is the one that was not 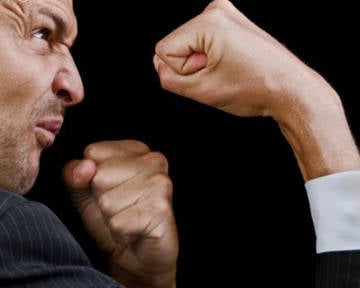 An analysis of incidents related to street fights shows that the outcome of the conflict depends not only on the physical form of the participants, but on psychological preparedness. Of course, when participating in a clash of a professionally trained fighter, the outcome of a military solution to the conflict is known in advance, but if the attacker does not have such specially trained participants, it is possible to avoid a fight at the level of a properly constructed dialogue.

In most cases, youth groups who aggressively behave on the street do not include trained fighters. The psychology of each member of the criminal youth group is reduced to the need for self-affirmation and strengthening of their status among this group. To do this, they use the creation of a conflict so that, at the expense of humiliation of the victim, they can establish themselves among their fellows. As a rule, “Gopnik” (a slang word for a member of a criminal youth group) does not set as its goal to start a fight. It is enough for him to frighten, subdue, and then humiliate the victim. An innocuous treatment can be the cause of the beginning of a conflict, for example, asking for a cigarette or a phone call.

The behavior of the criminal group resembles the pack instincts of animals, so they can only pounce on the victim if they are sure that there will be no resistance. As a rule, these street teasers do not possess the technique of conducting hand-to-hand fighting, and they have not lost the instinct of self-preservation.

If the attackers realize that the victim is ready to resist, this may exclude the attack of the pack. Based on the foregoing, the first rule of defense is maintaining visible calmness, confidence, and demonstrating readiness to repel an attack. In any case, it is necessary at the initial stage of the conflict to take all possible measures to exclude a military solution. It must be remembered that the participants in the criminal group are often good psychologists, because they did not attack right away, but entered into a dialogue. So you need to use the opportunity as a result of this conversation to extinguish the conflict and peacefully disperse, without causing damage to each other. If it becomes clear that a collision cannot be avoided, the situation should be assessed from the point of view of being able to leave the battlefield as quickly as possible, and simply run away. Proving your courage to aggressive teens and risking your health does not make any sense.

But if it was not possible to escape, it is necessary to know and be able to use the basic rules of defense in a street attack. It should be firmly remembered that there is no state of “defense” in such a fight, and the best defense is attack and force strike warnings. To do this, you need to try to strike the first attacker with a fist or head in the face of the attacker, preferably in the chin or nose, and then in the groin. To protect the very same parts of the body. It is better to keep the fists at the face, and take a steady position, turning sideways to the enemy. During the fight do not make any conversations with the attacker, better control your breathing.

Expert opinion on the use of weapons in such a fight is not unambiguous. US law enforcement officials believe that to prevent a collision, it is enough to demonstrate the presence of weapons and the readiness to use them. However, in the conditions of Russian reality, army instructors are most likely to be right, believing that it is only necessary to get a weapon if you have the ability to possess it and to make a firm decision without hesitation to use it. Otherwise, your weapon may be used against you.

One more important advice should be remembered. If the enemy escaped, or you emerged victorious in a fight, you should immediately leave the place of the fight, trying not to leave behind any traces. As it is impossible to prove to the police officers that you were a victim, and not an attacker.
Military Reviewin Yandex News
Military Reviewin Yandex Zen
3 comments
Ad