6 September 2011
7
Have you ever thought how to approach the problem of intercepting missiles? Joseph D., head of the missile development department of the Raphael concern, shared his view on this process with us. It's all about the right thinking, courage, and most importantly - in the experience.


Concern Rafael received a task from the Israeli Ministry of Defense to develop a system capable of countering the threat of short-range missiles. After just two and a half years after that, a solution that was a world-class breakthrough in the field of anti-missile defense was found. In April, the 2011 of the Year, the Iron Dome, intercepted nine Grad rockets fired from the Gaza Strip in the direction of Ashkelon and Beer Sheva. 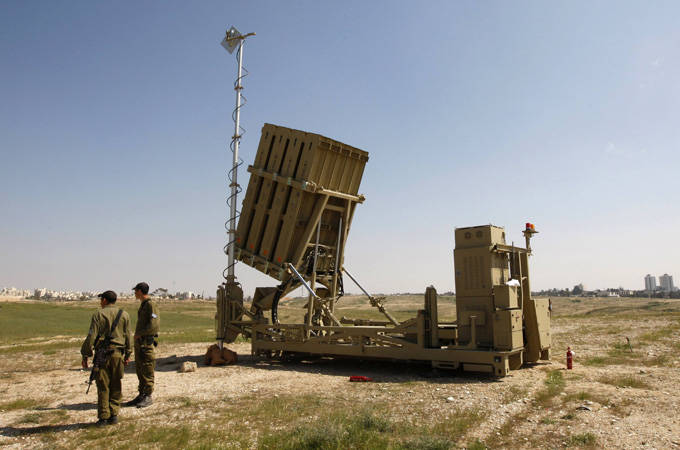 History Rafael’s missile development dates back more than 50 years and originates from the Shafrir air-to-air missile, which began development at the end of 50, continued with the Python 3 rocket (which is the next generation of Shafrir) during the Yom Kippur War. and finally Python 4 and 5. These missiles successfully proved themselves in real combat conditions, shooting down fighters, helicopters and other aircraft. To the arsenal of Python rockets, DERBY rockets were added, which together form systems of air-to-air and air defense missiles, known as Spiders, sold to many countries of the world.

According to Joseph D., rockets of all types are united by the fact that they are constructions capable of flying at speeds several times higher than the speed of sound and capable of determining their coordinates at any time in relation to the target.

To achieve this, progressive control algorithms are used to ensure the stability of the missile’s flight, and guidance algorithms that allow the missile to most effectively destroy the target.

Before starting the development of the Iron Dome, Raphael developed other interception systems, such as the Barack 1 defense system and the Spider system.

"Without a doubt," he says, "thanks to the experience gained by the company over the course of 50 years, we were able to achieve all the tasks set before the Iron Dome and even surpass them, moreover, in terms that hit many experts in the world."

How to develop a missile interception system

During the conversation, Joseph reveals to us the process of developing a missile defense system. The story begins with the requirements for sensors, whose function is to recognize the threat - launching a rocket. The sensors used by the system are based on radar technology. Modern technologies have improved the characteristics of sensors and reduce their cost, which made it possible to change the quality of radars and make possible the development of the "Iron Dome". For the "Iron Dome" was selected radar company Elta, which is best suited for all requirements. 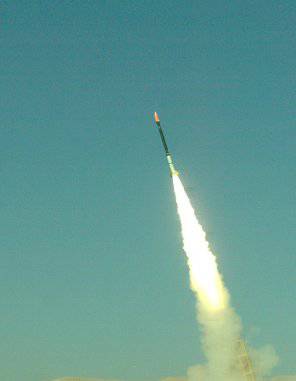 Then a control and monitoring system was developed, receiving information from the sensors on launching the rocket. Based on sensor data, the system determines the location of its intended fall and decides whether to intercept or ignore the rocket.

In order to make a decision, it was necessary to give a definition of "defended territory" (footprint) - places that are considered strategic, and where a rocket can cause significant damage. For example, an important infrastructure, damage to which can lead to a significant reduction in Israel’s defense capability. The definition of "defended territory" may vary depending on the situation. For example, an industrial zone may be included in a “defensive area” only during the daytime to protect industrial zone workers, while a hospital will be considered as a “defensive area” at any time.

Joseph gives as an example the rockets that fell on Israel during the second Lebanon war. Of all the missiles fired at Israel, only 25% fell in populated areas. If, then, there was an "Iron Dome", then only it would be used against them. Of course, such a system of target selection greatly reduces the cost of interception.

Thus, we come to the next stage of development: the creation of an interception algorithm. This is the calculation of the trajectory of the interceptor for successful destruction of the target At this stage, the highest probability and the time required for the interceptor to hit a rocket at a given point is calculated. The interception point is selected as far as possible from populated areas, so that the population does not suffer from missile fragments after the explosion.

At this stage of the program, the following key parameters are checked: maximum synchronization of all subsystems, financial costs and time required for the system to meet the specified requirements.

From general to detail: the preparation of detailed design of each component. Joseph notes that this stage was quick and everything was done in a relatively short time. Any rocket consists of an engine, a warhead, and a guidance system, components developed in the past, which significantly reduced the design and integration time of the components.

Further tests. At this stage, a long series of tests was carried out to study the effectiveness of the system and to confirm the compliance of the system with the requirements. Joseph describes the stages of testing:
• The first test is called CNT (Control & Navigation Test). It checks the ability to control the rocket in flight and aiming it at the target.
• The second Fly-By experiment, which tests the ability of the interceptor to approach the target by the distance necessary to destroy it.
• Name of the third test "fatal". This test verifies that when the interceptor reaches the target, the target is destroyed. For systems like the Iron Dome, there is another requirement: all explosives on a rocket must be destroyed (Hard Kill) and not reach the ground.
• Last-tested the entire system. This test is used to check all system components for compliance.

A series of tests verifies the functioning of the system under various operational scenarios. "During the first combat use of the system to protect Ashkelon and Beersheba," notes Joseph proudly, the Iron Dome successfully intercepted the missiles launched.

He is proud that Rafael was able to achieve unparalleled results in the world: "In just two and a half years, we managed to create a missile interception system that meets all tactical, technical and financial requirements."

“One of the American commissions, which arrived to assess the progress of the development of the system at its early stages, spoke very skeptically about its capabilities. At the end of the process, the same commission apologized for doubting our abilities,” he says. “Raphael continues to work on other systems. For example, the Magic Wand can not only provide protection against modern medium-range and long-range missiles, but also intercept airplanes. "

The Magic Wand is in the final stages of CNT testing. Tests to intercept targets are scheduled already this year. Reaching alert is scheduled for 2012. 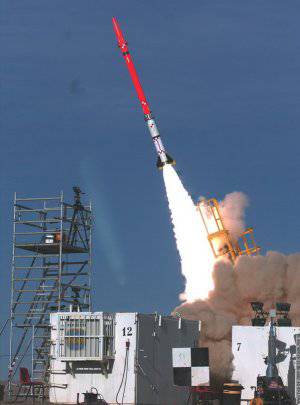 All thanks to technology

Technological advances of recent years have served as a source of inspiration for the creators of the Iron Dome and other smart systems. Modern computing systems have a huge potential required for systems such as the Iron Dome. In Raphael also developed a special technology to create warheads of new missiles, which increases the likelihood of hitting the target. According to Joseph, other companies in the country and the world do not have such opportunities.

One of the last significant trends in the rocket industry, according to Joseph, is about a tenfold reduction in costs compared to what was previously acceptable. The next step in the development of rocket production, he predicts, is to minimize the size of the rocket. This will achieve greater efficiency and further reduce costs.

Many believe that the technological innovation of Israel is manifested mainly in the unique military developments. According to Joseph, it is possible to use advanced military technology in the civilian sector, although it is rather difficult. The only possibility is to establish subsidiaries, the purpose of which will be to find a civilian application of technology and markets.

So, a few years ago, Raphael formed RDC (Rafael Development Corporation), a joint venture with Elron Electronic Industries Ltd. RDC has invested in start-up companies such as Given Imaging — developed a video imaging capsule that scans the gastrointestinal tract; Galil Medical- offers solutions for the treatment of urological diseases and many others.

(Special thanks for the help in translating Irina M. and Oleg R.)

We are in Yandex Zen
Sling under the dome
Iron dome knocks down Palestinian moral
7 comments
Information
Dear reader, to leave comments on the publication, you must to register.