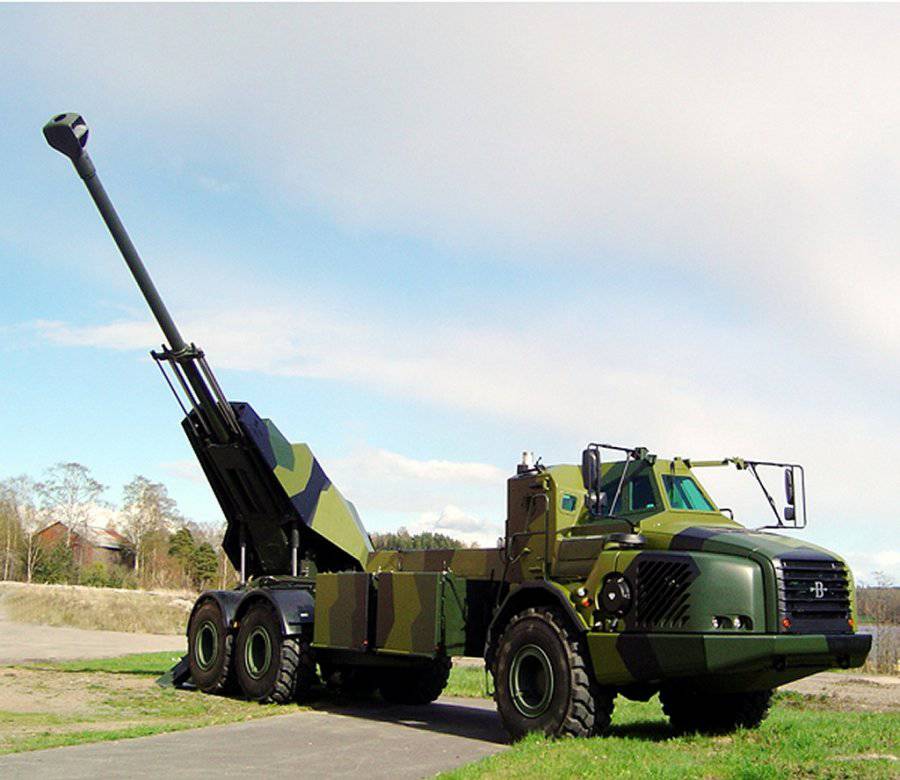 The new military development of the Swedes - self-propelled artillery FH77 BW L52 Archer, can compete with such "stars" of modern artillery as K9, PzH-2000, CAESAR, the Russian "Msta" and the British self-propelled gun M777 Portee. The licensed manufacturer of weapons for Sweden and Norway - the British company BAE Systems, will release 48 new self-propelled units for the armies of these states. The amount of the contract exceeds 200 million dollars.

The Swedish company Bofors Defense, which is part of the SAAB group of companies, has created another model of self-propelled artillery mounts - FH77 BW L52 Archer. The new ACS competes with such well-known installations of the 152-155 mm caliber as K9 from South Korea, the German PzH-2000, created in France by CAESAR and the Russian Msta. The closest analogue of the self-propelled unit can be called the British self-propelled gun M777 Portee.

The FH77 BW L52 Archer was created in the process of implementing the plan for reforming NATO forces and is an armored artillery firing system capable of being transported using medium military transport aircraft and heavy helicopters. The company Bofors Defense recommends its development for the armament of the army of Sweden and does not exclude deliveries to other states. 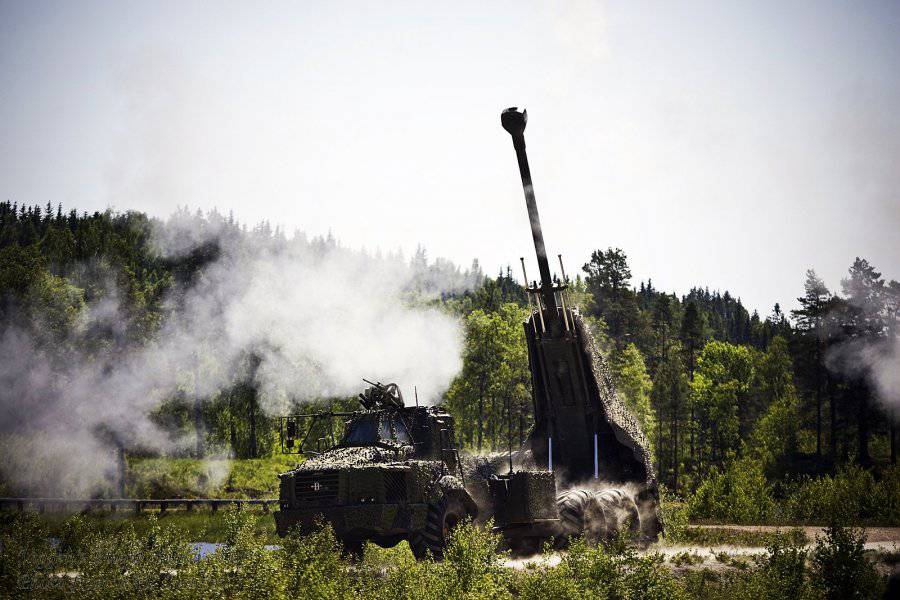 The basis for the artillery complex was towed gun Haubits 77B (FH77), which is reflected in the name of the complex. The self-propelled gun of the new generation FH77 BW L52 has become an ideal artillery system for firing, which can be used at the European theater of possible hostilities. Thanks to the system of camouflage capes, the installation becomes approximately three times less noticeable, which allows it to be used in combat operations in woodland and in open space.

The self-propelled gun gun is placed on a mobile platform in such a way that the return becomes minimal and the strike is compensated. To improve platform stability during firing, a hydraulic outrigger is lowered at the rear of the installation. The special container in which the weapon is located is mounted on a hinged platform with the wheel formula 6х6. At the end of the gun is a special counterweight, it is he who compensates the force of impact when fired. On the roof of the cab can be installed machine gun caliber 7,2 mm. The Volvo 6x6 A30D rough terrain chassis, on which the gun is placed, make it possible to use the unit on rough terrain in almost any weather conditions. The maximum self-propelled speed reaches 70 km / h. Transportation by air can be carried out by such transport workers as A400M.

The cradle and the recoil system was inherited from its predecessor, the 155-mm towed artillery system Haubits 77B, which made production cheaper. Thanks to the automatic charging system, the installation crew includes only three people. The inertial navigation system, the guidance and fire control system make it possible to quickly enter and exit the battle, which makes it possible not to wait for the enemy’s artillery to retaliate. Not without a battle management system, which has already been tested on other Swedish complexes. 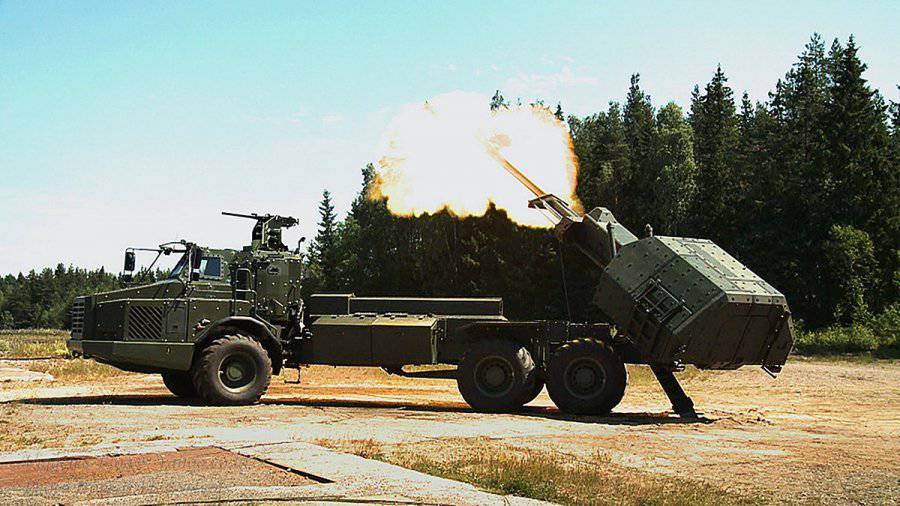 Places for the crew of self-propelled artillery installations are located in the cockpit with armored protection, which is able to protect people from firearms weapons, blast wave and shell fragments, as well as from the effects of biological, chemical and nuclear weapons. Maximum in the cabin can be four people. From it, all the systems that are equipped with self-propelled units are remotely controlled.

Practically any foreign-made shells of a suitable caliber can be used for firing, in addition, special artillery shells were developed for the FH77 BW L52 Archer. An artillery unit is equipped with 40 shells, 20 of which are in the gun shop. Both caps and modular projectiles with automatic tamping can be used. When using European shells, the firing range is 40 km, the American M982 Excalibur increase the range to 60 km. The self-propelled gun is equipped with a day-night sight, thanks to which direct fire is possible within 2 km. XM982 Excalibur long-range projectiles can also be used, as long as they are received in limited quantities only by the Swedish and US armies.

The intensity of shooting is up to 20 shots per 2,5 minutes. For an hour, 75 shells may be continuously fired.

Earlier, the Government of Sweden presented a bill to its parliament that provides for the allocation of substantial funds for the improvement of the Haubits 77B artillery system, which is the basis of the artillery armament of the Swedish army. It was planned to supply 27 new FH77 BW L52 Archer systems, starting from 2008-09, it was planned to complete production by 2011 year. 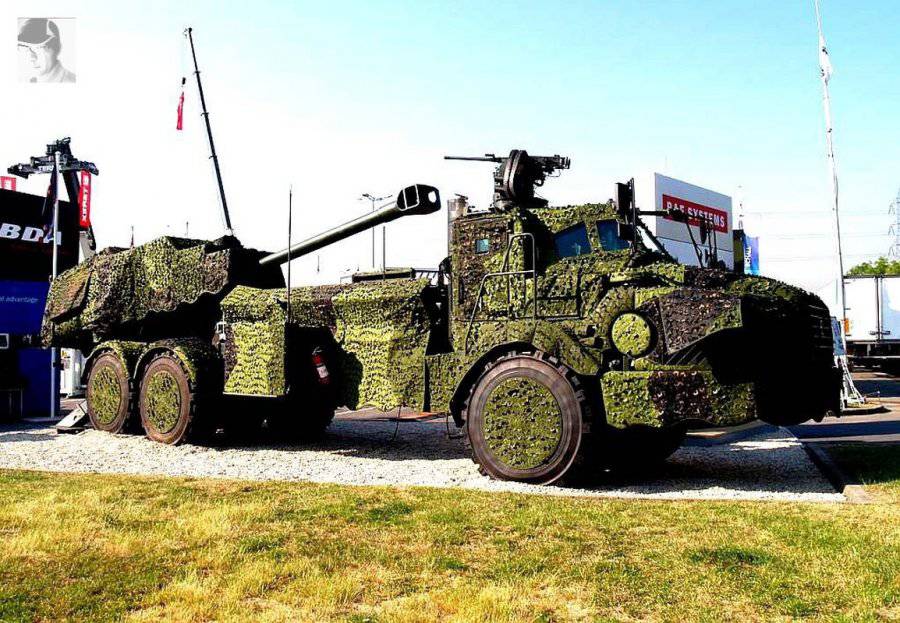 In 2009, a contract was signed with the defense company Akers Krutburk in Sweden to finalize the protection of the self-propelled artillery installation FH77 BW L52 Archer. Particular attention was paid to improving the security of the tractor. Work on new security systems was completed in 2010 year.

The Norwegian and Swedish ministries of defense entered into contracts with the British company BAE Systems to supply 48 artillery systems FH77 BW L52 Archer worth 135 million pounds sterling or 200,6 million dollars, the first deliveries will be made in October 2011. Installations will share equally between the armies of both countries. BAE Systems is a licensed arms manufacturer for these countries.
Ctrl Enter

We are in Yandex Zen
Appetites for wheeled self-propelled artillery systems
155-mm self-propelled howitzer XM1203 NLOS-C (Part 1)
15 comments
Information
Dear reader, to leave comments on the publication, you must to register.