December 8 2014
28
The double-barreled automatic rifle Gilboa Snake was created in Israel by the company Silver Shadow. The designer of this unusual sample small weapons became Amos Golan, who had already gained fame as a developer of the Cornershot system. The main idea in the development of a new machine gun was to increase the likelihood of hitting the enemy in conditions of a hard time limit on opening fire by sending two bullets to the target at once. This concept was not new, it was previously tested in the United States as part of a program called SPIW (1950-60-s), as well as in the USSR, where Korobov's three-barreled automatic construction, 3B, was designed. At the same time, none of the samples of multi-barreled automata was ever serially produced.


The Gilboa Snake assault rifle (Snake Gilboa) was presented to the general public at the Eurosatory-2012 arms exhibition in Paris. The company Silver Shadow (Silver Shadow) presented at the exhibition one of the most spectacular and unusual novelties - a kind of pairing of two assault rifles caliber 5,56x45 mm. This development is part of the family of rifles "Gilboa", created on the basis of the American M16 / AR-15. The solid reputation of this Israeli company suggests that the presented model is not an ordinary publicity stunt for attracting the attention of customers, but a seriously thought-out development of small arms that can significantly increase the firepower of assault units and special forces.

Currently, the Israeli arms company Silver Shadow produces two families of models of small arms: a sniper weapon system called Timna (a product of the deep modernization of the sniper version of the Galil rifle) and the family of assault rifles Gilboa. According to the Israeli tradition, the names of these weapons are associated with places from the Bible. So, Timna is the name of the valley in which the famous mines of King Solomon were located, and Gilboa is the name of a mountainous area, which was cursed by King David after a brutal defeat from the Fililists. During the British Mandate and the 1947-1949 war, Mount Gilboa was one of the main bases of the Arab terrorists who carried out attacks on Jewish settlements from there. The name of the family of Gilboa assault rifles is a kind of tribute to memory and a reminder of the large number of battles on the sacred land. The double-barreled "snake" retained this memory in its name. 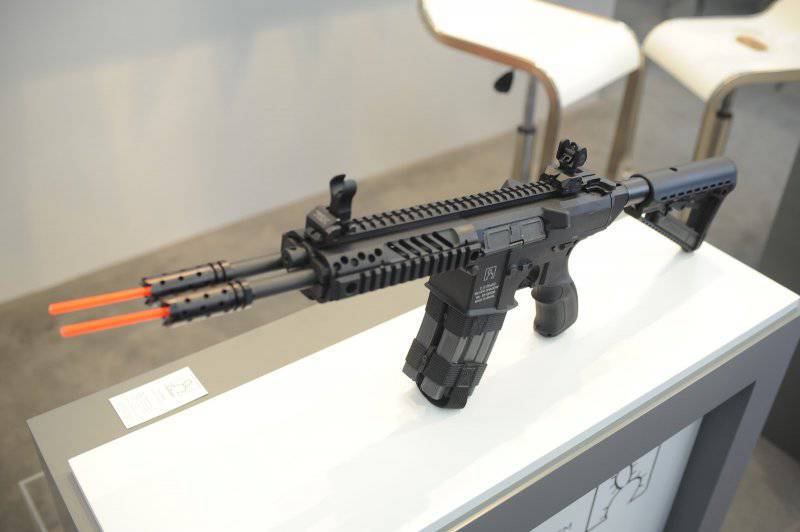 Beginning in 1967, the Israeli armed forces have been using the American M16 assault rifles, as well as carbines created on their base (originally CAR-15, and then M4). Since 1992, the M16 has become the main regular armament of the IDF infantry and special forces. And although the Israeli weapons company IMI almost immediately began to create its own Israeli TAR-21 "Tavor" rifle. However, the refinement of this sample of small arms was delayed, the first samples began to arrive in the troops only in the 2006 year, and deliveries were carried out quite slowly. At the same time, the United States supplied Israel with its small arms as part of the FMS program - US financial assistance - at reduced prices. Most likely, the M16 automatic rifles and their variants will be used by the Israeli army and special services of this country for a long time. That is why in Israel there are a large number of companies that specialize in upgrading, tuning, and supplying spare parts and accessories for American rifles of the M16 / AR-15 family.

Introduced in 2012, the Gilboa Snake rifle uses 5,56x45 caliber cartridges. Using two barrels 241 mm long makes the weapon not the easiest, but acceptable. Without stores, the rifle weighs 4,27 kg. On the receiver Gilboa Snake set a long Picatinny rail, which allows you to install on the weapon a very different "kit", such as optical, collimator and night sights. Removable mechanical folding sights can also be installed on the same bar. The perforated plastic handguard also has Picatinny trims on the bottom and sides. They can be installed additional front handle, tactical lights, bipod or laser designators. In this model is equipped with a telescopic adjustable butt, as well as an ergonomic pistol grip fire control. The power supply of the double-barreled automat is carried out from standard double box magazines, designed for 30 cartridges each. Extraction of spent cartridges occurs in both directions. The trigger mechanism, automation and locking, as well as other mechanisms and components in general, are not very different from other clones of the AR-15 rifle.

The Gilboa Snake double-barreled automatic rifle was created on the basis of a shortened version of the Gilboa Commando assault rifle. It is characterized by the presence of an extended receiver, which is made of aluminum alloy brand 7075-T6. It is very durable aviation an alloy that was created by the Japanese before World War II and was used to create the famous Zero fighters. With the receiver connected 2 barrels that are parallel to each other, the distance between the trunks is 30 mm Gilboa Snake automatic rifle fire is fired from an open shutter. 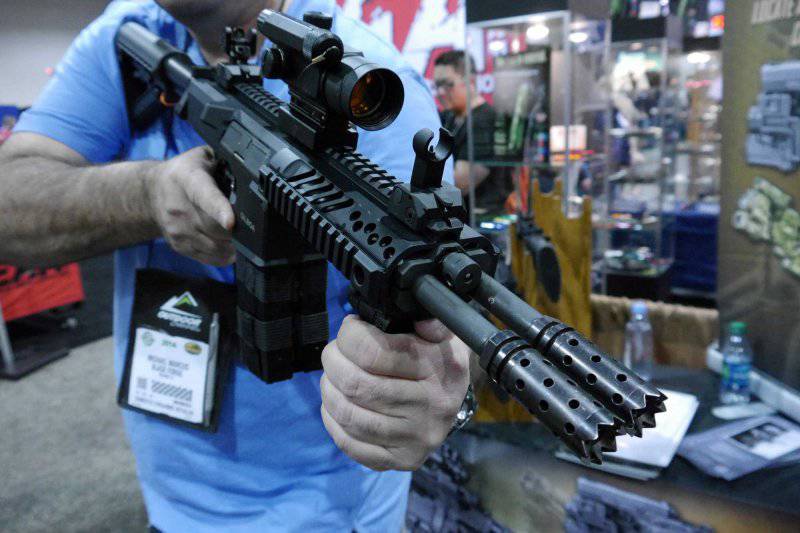 The rifle was presented in two versions - military and civilian. In the military version, the trigger has one trigger, which allows shooting at two rounds - a “doublet” (one shot from each barrel at the moment the trigger is pulled) or an automatic fire from two barrels simultaneously. In the civilian version, both gun barrels are already completely independent, each of the barrels has its own trigger and gas venting mechanism. In this case, the return springs of the bolts are located in the upper part of the receiver of the weapon, which makes it possible to use full-fledged butts on the Gilboa Snake machines.

In the military version, fire is controlled from both barrels by a single trigger (trigger mechanism), which carries out the alternate ignition of primers in the cartridge chambers of the barrels. For this reason, the bullets leave the barrel of the machine not at the same time, but successively one after another, but with a very small delay fixed in time. Initially, the shot is carried out from the left barrel of the weapon, and only then from the right. The machine uses a standard piston gas exhaust system, having 2 independent pistons. USM allows you to fire at a 2 shot or completely in automatic mode.

The barrels of the Gilboa Snake received very effective muzzle brakes of the cellular type, which are simply necessary in order to absorb the increased recoil of the weapon. These devices are similar to those used on the Gilboa long-barreled versions, as well as on the Timna rifle. Power supply of the machine is carried out from two stores connected in pairs. In general, the double-barreled rifle was able to inherit all the family features of the basic Gilboa automatic rifle family, as well as other modern AR-shaped automatic rifles (bed, controls, Picatini trims, a set of tactical accessories, etc.). 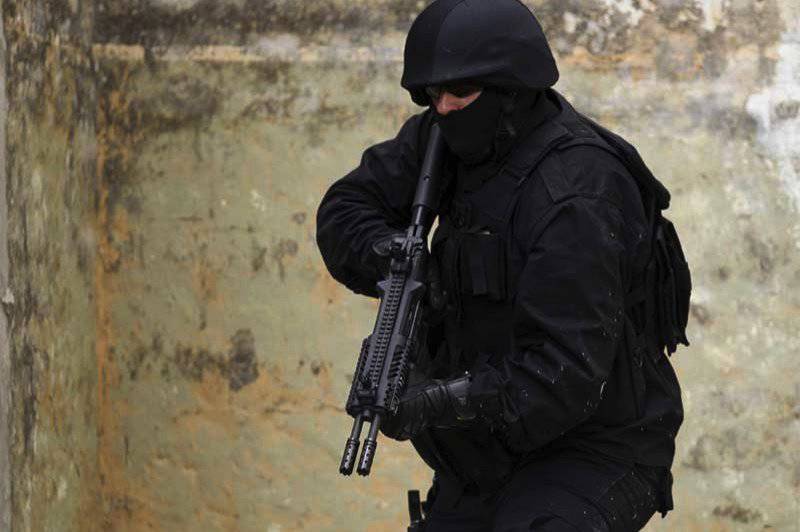 In conclusion, I want to talk about the possible areas of use of this exotic type of small arms. The automatic rifle "Gilboa Snake" was created by Silver Shadow by order of the Israeli special forces, it never claimed to be a standard weapon for the Israeli infantry. The weapon is initially highly specialized and meets the modern concept, which can be described by the phrase "selection of weapons for the task." The main possible scenarios for the use of this type of small arms, from the point of view of the Israelis, are mainly related to the conduct of assault operations, which often require a relatively compact small arms with high firepower. For example, the “Snake” can be used in cases where it is necessary to hit an enemy who is in personal protective equipment or behind an obstacle made of bulletproof glass.

To solve such problems, the implemented method of “doublet” shooting is suitable, when two bullets fall almost simultaneously into a metal plate or armored glass, which significantly increases the probability of breaking through a protective barrier. Another example of the effective use of such weapons is firing at moving targets, here the double-barreled automatic rifle also proves its effectiveness. To possible tasks for such weapons, you can also add foot patrols, in which a lighter, but at the same time highly capable firing automatic rifle Gilboa Snake can be an alternative to light machine guns. Also, you shouldn’t completely disregard the possible psychological effect that doubles fire impact on the enemy, and just the appearance of the double-barreled automaton. 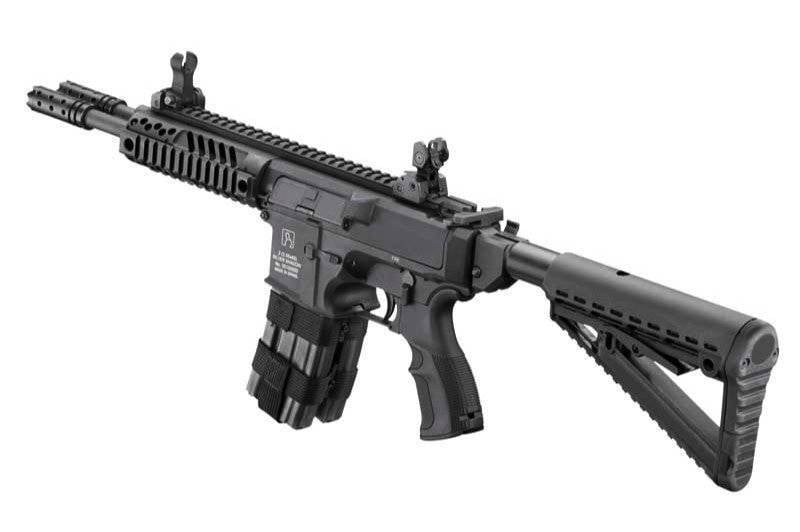 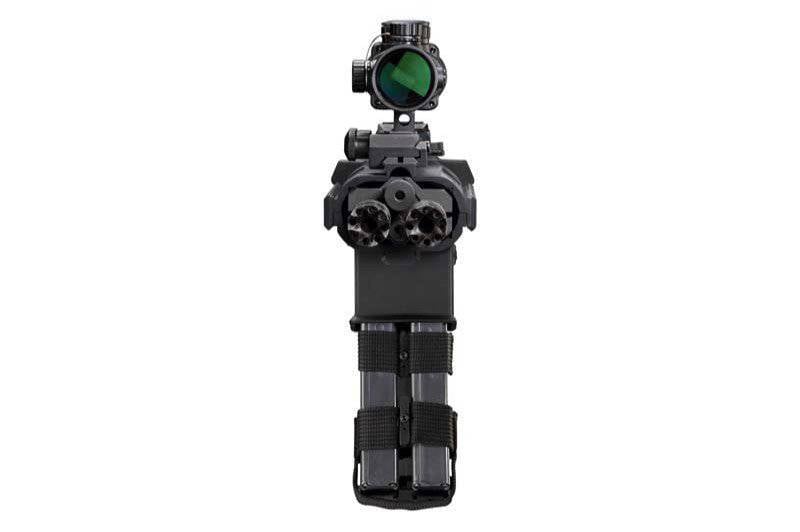 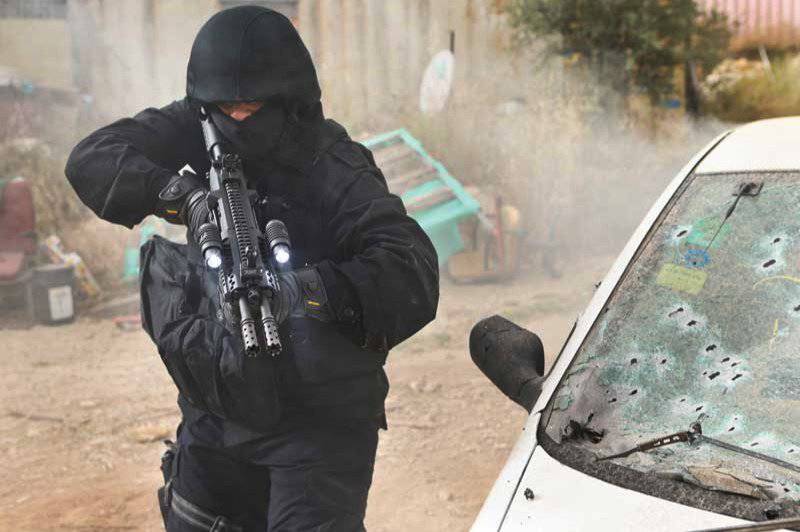 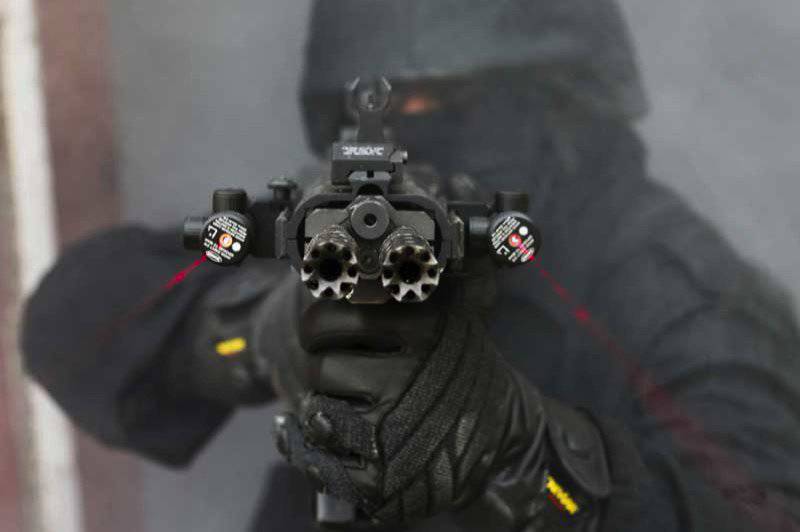 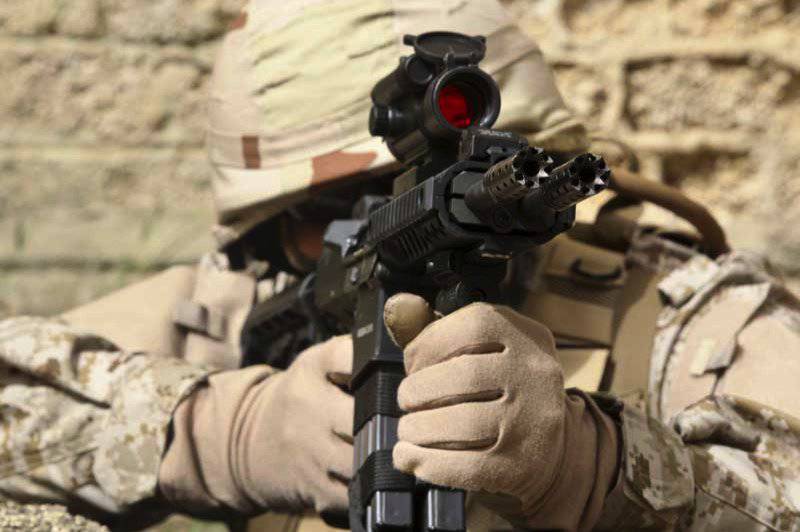