December 8 2014
13
The characteristic features of modern armed conflicts lead to the need to create new weapons systems. For example, to perform some combat missile tasks aviation must have light ammunition with high accuracy. In recent years, an increasing number of small-sized bombs and missiles with guidance systems have been created in the world. One of the first such systems was the American guided missile APKWS.


The development of the APKWS missile (Advanced Precision Kill Weapon System - "Perspective weapon system for accurate target destruction") was launched in 2002 by the initiative of the US Army. Over the next two years, several companies and organizations involved in the project were engaged in determining the appearance of prospective ammunition and carried out design work. At the end of 2004, the first tests of prototypes started, according to the results of which the APKWS project was closed. During the tests, it turned out that the proposed version of a small-sized guided missile has insufficient characteristics and is unlikely to allow the army to get the required weapon.

The APKWS project in its first version was closed in January 2005. In just a few months, the Pentagon initiated a new project of a similar purpose, called APKWS II. To work again attracted several companies involved in the creation of new weapons. In the spring of 2006, BAE Systems became the lead contractor for the project. In addition, the project involved the firms General Dynamics, Northrop Grumman and others.

Initially, the project was supervised by the leadership of the US Army. In November 2008, this role was transferred to the command of the Navy and Marine Corps. Nevertheless, the ground forces retained a certain participation in the project. The development of the project APKWS II ended in the autumn of 2009. Soon the companies participating in the project started testing new weapons.

In the mid-nineties in the United States began the production of JDAM systems. This system is a set of equipment installed on unguided bombs. The JDAM suite includes satellite navigation equipment and a flight control system for the bomb, which allows targets to be attacked with high accuracy. It was decided to do the new guided missile APKWS II in the same way. The basis for it was the standard unguided missile US Air Force Hydra 70. It was proposed to equip this missile with a block of equipment for aiming at the target.

The Hydra 70 basic unguided rocket has a caliber of 70 mm and a length of about 1 m (depending on the type of warhead used). The starting weight of the ammunition also depends on the type of warhead. This parameter can vary within 10-15 kg. Like other products of this class, Hydra 70 has an extremely simple design. The warhead with a fuse is located in the head section, and in the middle and tail parts there is a solid propellant rocket engine. In flight, the rocket is stabilized by rotation, which is attached to it by three tail stabilizers. Before start-up they lie on the tail part of the body, and then they open.

The solid engine accelerates the Hydra-70 to speeds of the order of 700 m / s. The effective firing range is set at 8 km, the maximum - 10,5 km. Missiles are launched using several types of launchers with 7 or 19 tubular guides. For several decades of operation of the Hydra 70 missiles, 19 variants of the warhead were created. Depending on the tactical task, the aircraft or helicopter may use high-explosive fragmentation, incendiary, cluster and other combat units.

The characteristics and combat capabilities of the Hydra 70 missiles make it possible to solve a fairly wide range of various combat missions. However, the absence of any guidance systems affects the accuracy of the munition. As a result, the equipment of unguided rockets with a special control system was considered a cheap and convenient method of achieving the required characteristics.

The control system of the APKWS II rocket is executed in the form of a cylindrical compartment connected to the units of the base rocket. It is noteworthy that the authors of the project decided to execute the guidance system in the form of a block placed not on the head of the rocket, but installed between the warhead and the engine. This arrangement was chosen to protect the laser homing head from the flames and smoke of other missiles or other negative factors.

The original layout of the rocket led to the need to create a specific target search system. The control unit has a cylindrical shape. On its side surface there are four slots for folding rudders, at the ends - mounts for rocket assembly. In the unfolded form, the rudders are located at an angle to the rocket body. Inside the case there are rudder drives and a laser guidance system. 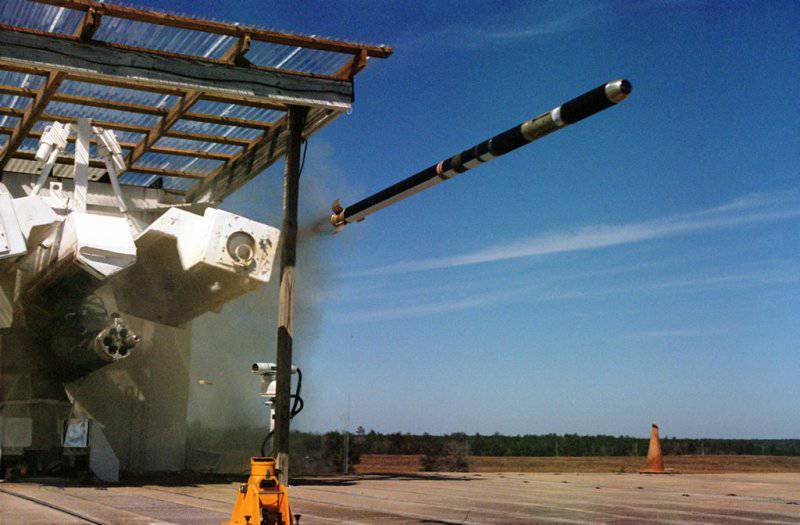 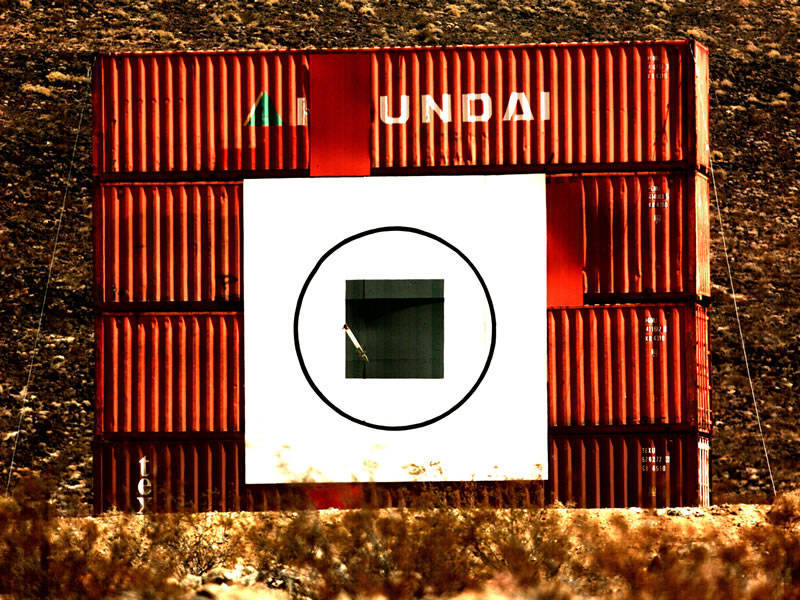 Target detection is performed using the DASALS system (Distributed Aperture Semi-Active Laser Seeker - "Semi-Active Laser Aiming with Split Aperture"). The laser receiver is located inside the housing and is equipped with several fiber-optic fibers. The latter pass through the channels inside the rudders. Receiving lenses are located on the front edges of these planes. This interesting technical solution made it possible to preserve the required characteristics and at the same time protect the radiation receiver from various negative factors.

A third-party hint is required to use APKWS II. Responsibility or aircraft, including unmanned vehicles, are responsible for finding the target. The detected target must be highlighted with a laser, after which a guided missile can be launched. A specific feature of APKWS II rocket is the inability to capture a target before launch. However, it is claimed that this does not affect the actual combat capabilities of the product.

For a number of reasons, the new guided missile cannot yet use the full range of combat units borrowed from the Hydra 70. The APKWS II missile is equipped with high-explosive fragmentation warheads M151 and M152 or inert M282, as well as M423 or Mk435 fuses. As the power plant used solid rocket engine M66. High-explosive fragmentation warheads allow to solve most of the main combat missions. To expand the capabilities of the APKWS II rocket, it is planned to further develop new combat units.

The first tests of unguided missiles equipped with a control system, were held in 2007 year. Soon the company BAE Systems and other project implementers completed fine-tuning and presented the APKWS II rocket to customers. In February, 2010 was signed a contract, according to which it was required to ensure compatibility of APKWS II missiles with a number of modern US aircraft and helicopters. In July, 2010, BAE Systems received a contract to prepare for the production of control systems for missiles. In 2011, continued testing of missiles in the army. 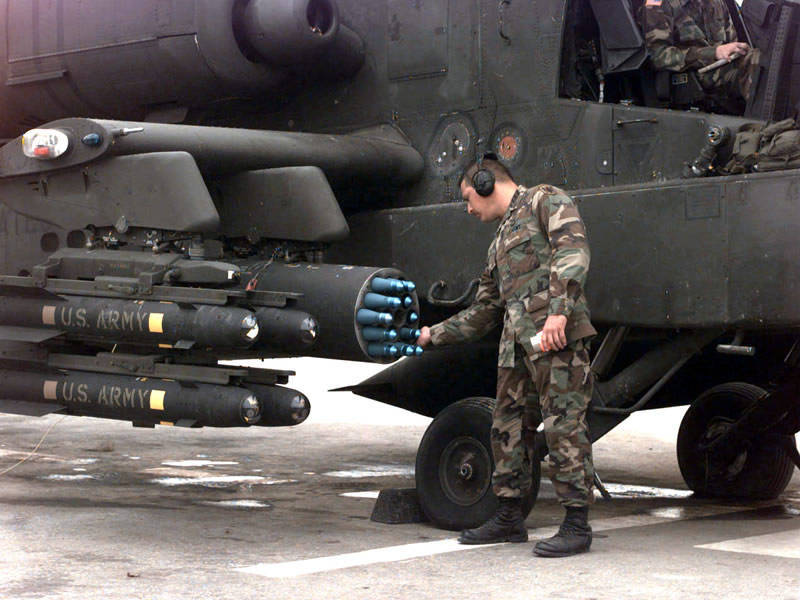 In March, 2012, the military completed the first operational tests. In April of the same year, the first batch of APKWS II missiles was sent to Afghanistan for further verification. Full exploitation of the new weapon started in August 2012 of the year. By this time, the company BAE Systems launched mass production of control systems and gradually increased the pace of their release. At the very beginning of 2013, the US Navy funded the start of full-scale mass production.

APKWS II guided missiles can be made from available unguided Hydra 70 forces of military units. In addition, the release of ready-made guided munitions is possible. APKWS II missiles are fully compatible with all existing launchers for Hydra 70 unguided projectiles. They can be used by all American-made aircraft and helicopters that were previously capable of carrying unguided missiles. An important feature of the new rocket is its cheapness. One control unit costs about 10 thousand US dollars, which is significantly less than the price of other types of guided missiles.

Cheap and accurate APKWS II rockets have already interested foreign customers. In May, 2014, it became known that in the near future, Jordan would acquire a certain amount of such ammunition. There are several types of airplanes and helicopters in service with the Jordanian air force that can carry and use both unguided and guided 70 mm missiles. These are the F-16 and F-5 fighters, as well as American-made AH-1 and AH-6 helicopters. In addition, Jordan has two "hugs" CASA AC-235. Now these cars can carry the Hydra 70 and AGM-114 Hellfire missiles, and in the future their arsenal will be replenished with managed APKWS II. 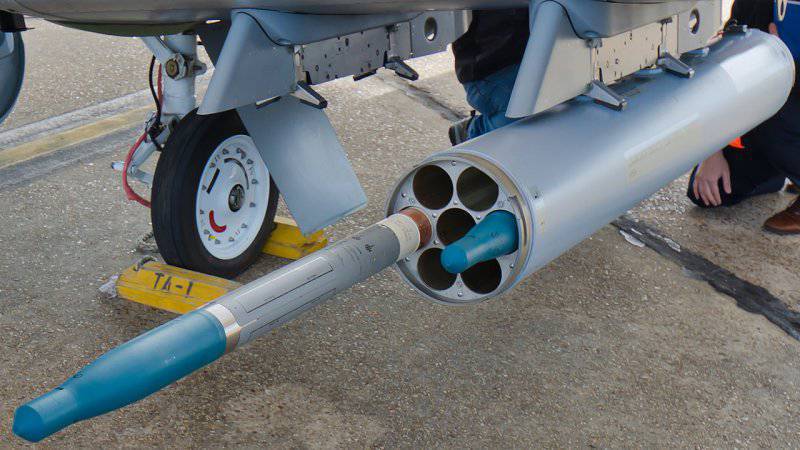 APKWS II guided missiles are limitedly used by the US Air Force and the Marine Corps. In the near future, the Pentagon plans to increase the production and use of these weapons. In addition, overseas orders are already being received. Negotiations are underway with Jordan, a request has been received from Australia. All this allows us to consider the project of creating a guided missile on the basis of the existing ammunition successful and achieved its goal. 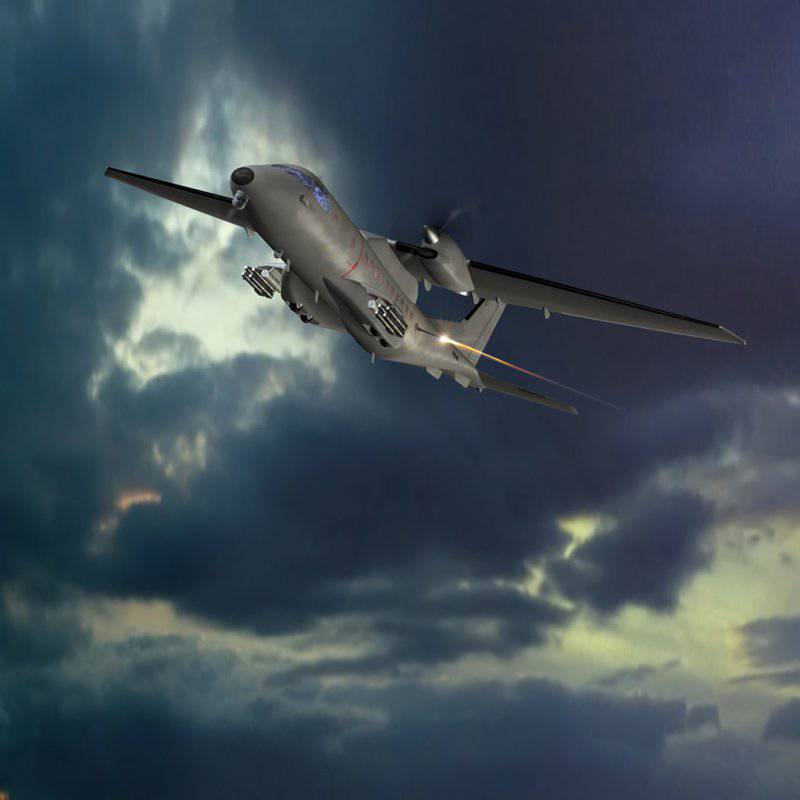 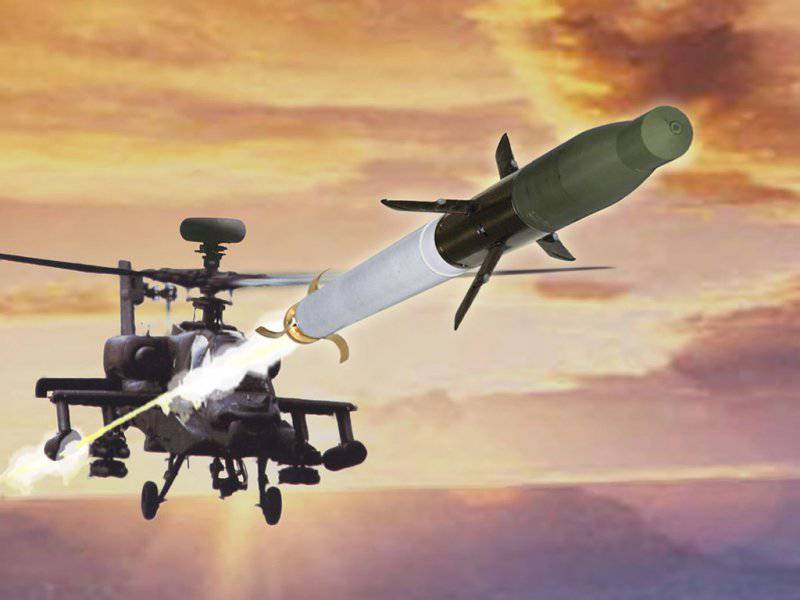 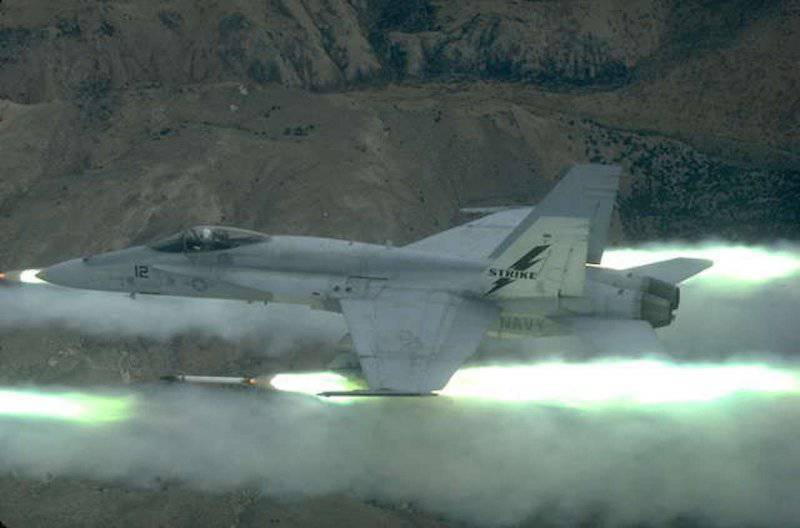 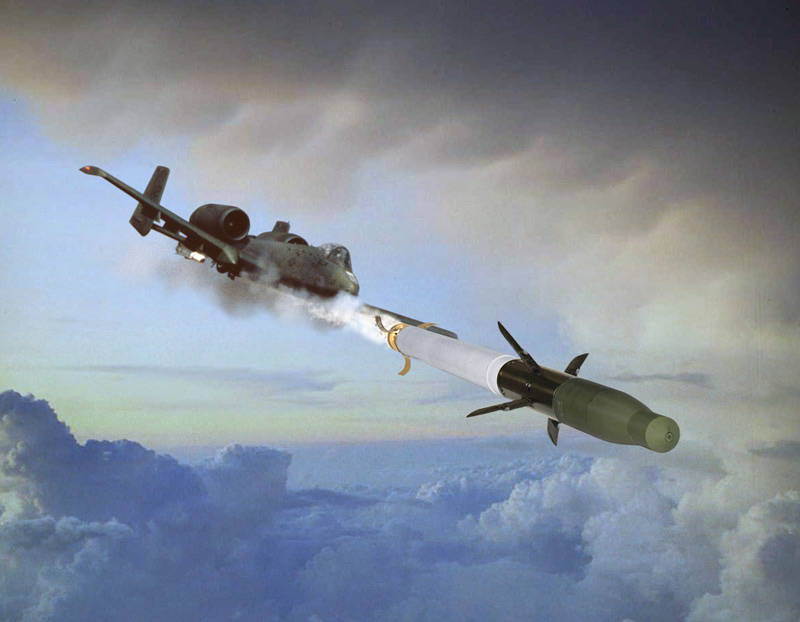 Ctrl Enter
Noticed oshЫbku Highlight text and press. Ctrl + Enter
We are
The large-scale production of APKWS tactical missiles is forcing Russia to respond with a “Threat”An-12 in Afghanistan
Military Reviewin Yandex News
Military Reviewin Google News
13 comments
Information
Dear reader, to leave comments on the publication, you must to register.