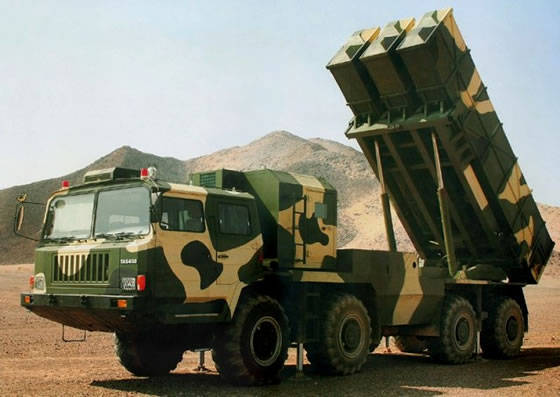 As is known in the world, there are a great many unresolved conflicts that can suddenly go from political to military. This is the situation between China and Taiwan. For several decades now, the Chinese have represented Taiwan as part of a single large state, and Taiwanese have stubbornly insisted on their complete and final independence. The times of real military confrontation between the parties to the conflict seem to be left behind, but in the modern world no one can be sure that this powder powder will not flare up with a new force. And if such a possibility cannot be ruled out, then both sides, both China and Taiwan, are trying to build up their military capabilities along the coast of the Taiwan Strait.

At the same time, we should not forget that China is a state possessing nuclear weapons. Until recently, nuclear-tipped missiles were targeted at Taipei and other cities in Taiwan. Today, the Chinese side of the confrontation decided not to escalate the situation and gradually abandon the nuclear threat to its disobedient neighbor. This is due not so much to the fact that China fears to some extent the new support of the Taiwanese army from the United States, but because today's China is positioning itself as a state responsible for the so-called “global deterrence”.

It was the nuclear issue that forced Beijing to start developing new multiple launch rocket systems. In order to understand the specifics of Chinese developments in the area of ​​the MLRS, it is necessary to touch on the geographical issue. It lies in the fact that Taiwan is separated from the eastern coast of the Middle Kingdom by a strait, the average width of which is about 160 km. This figure was the starting point for the start of development of the Chinese MLRS. Even more than 15 years ago, the Chinese defense industry decided to create an alternative to the nuclear potential aimed at Taiwan. In 2004, the WS-2D was adopted by the PLA (People’s Liberation Army of China), developed and created by Sichuan Aerospace Industries, one of the leading manufacturers of rocket technology in the country. The undoubted advantage of this installation for the Chinese was that its firing range was about 400 km. This could mean only one thing: why show off their nuclear weapons, which acted like a bullfighter rag on a bull, if you can deploy several groups of WS-2D MLRS to the coast of the strait and send them to the "brotherly island". 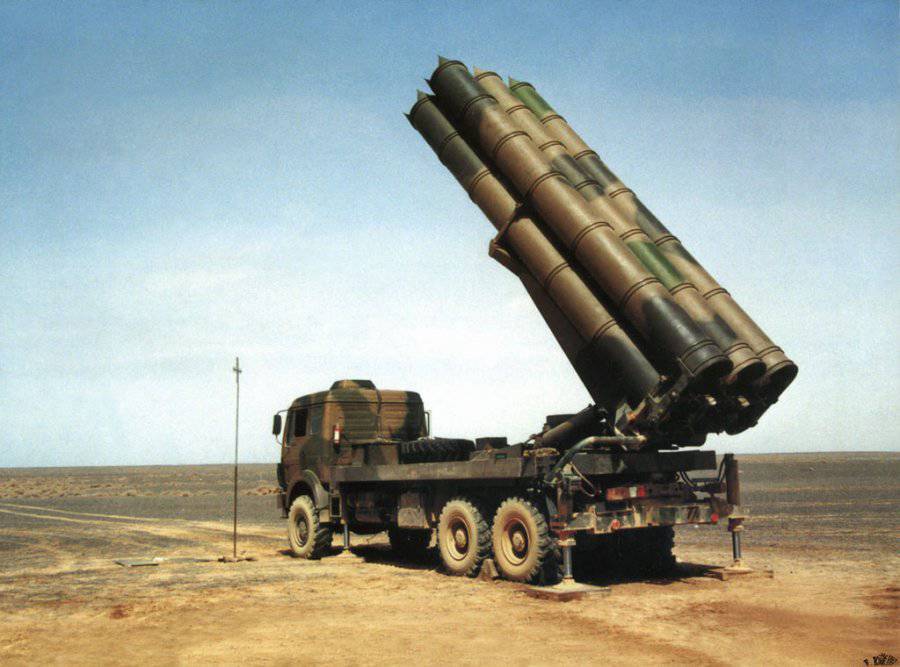 Do not think that the WS-2D - this is the first MLRS, made by the Chinese. It should be noted here that a very unusual situation has developed in China: several firms are simultaneously designing and producing multiple rocket launchers, creating unparalleled competition for each other. In such circumstances, the incentive for creating a truly effective weapon for all participants in the absentee rivalry is enough. This is positively influenced by the extremely impressive funding of the new MLRS program from the ruling party.

Today, of the entire mass of Chinese MLRS specialists tend to pay increased attention to the WS series. So the company "Poly Technologies" is already successfully implementing a program to promote a new generation - WS-3. This installation is equipped with 6 th 400mm rocket projectiles that can travel two hundred kilometers. As we understand, this figure is quite acceptable for the Chinese. In this rocket installation can be equipped with a variety of warheads. This is a high-explosive variant, and a cluster with small caliber charges. Missiles are equipped with guidance systems based on GPS-complex. This allows accurate fire with amazing accuracy. Deviation from the target at a distance of about 200 km will not exceed 50 m.

By the way, when creating new Chinese MLRSs, global positioning systems are actively used. This configuration allows the rocket to "detect" the target and hit it as accurately and efficiently as possible. In order to prevent the MLRS strike power from being suppressed by interceptor missiles, Chinese engineers decided to supply some models of their installations with so-called “bluff missiles”. These are shells under the WS-1B marking, almost devoid of charge, which can attract the “attention” of the Patriot systems based in Taiwan. In this case, we can say that if the Chinese start a massive shelling of the territory of the island of Taiwan, then any anti-missile missiles will not be able to withstand such an onslaught and even with the use of dummy shells.

As a result, we can say that modern MLRS of China can impose its own conditions on any potential adversary.

We are in Yandex Zen
The global crisis and the “yellow threat” led to the arms race of the countries of the Asia-Pacific Region. Part of 3
More and more armies of the world become owners of large-caliber MLRS
16 comments
Information
Dear reader, to leave comments on the publication, you must to register.