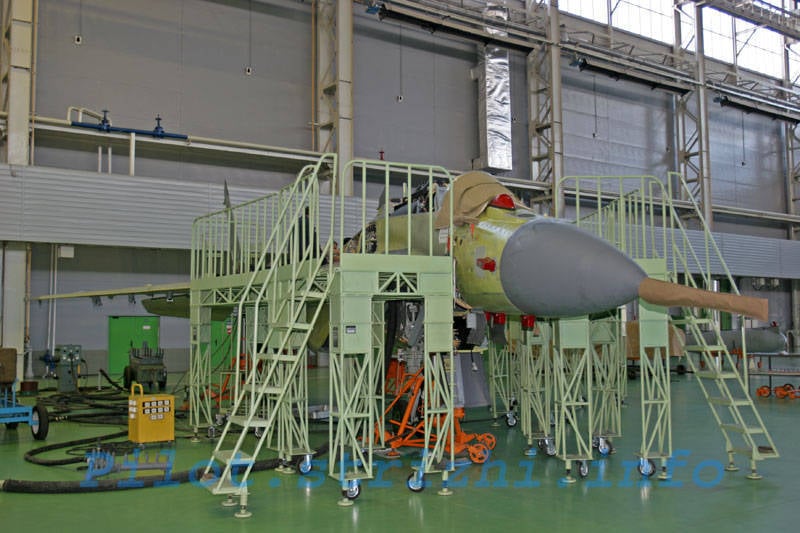 Despite the postponement of the signing by the Russian military departments of the purchase of MiG-29K / KUB fighter jets, as well as Yak-130 combat training, all orders of the domestic Defense Ministry can serve as a real engine for the revival of the domestic aviation industry. To do this, government agencies need to define the rules of cooperation.

During the last decade, the main customers of Russian aircraft were foreign companies. The newest Su-30MK multi-role fighter designed by the Sukhoi design bureau, which was developed in 90-s, was also intended only for the Russian Air Force. However, the main buyers of this combat vehicle, which produces the company "Irkut", made with 2002, India, Malaysia and Algeria. Planned contracts with Indonesia. Now, “Irkut” in the contracts indicated about 300 Su-30KI fighter jets, more than half of which have already been delivered to customers. The head of Rosoboronexport, Anatoly Isaikin, confidently declares that the SU-30MK heavy fighter jets are a new page in the development of Russian cooperation with foreign partners in the military-technical sphere.

But according to Mr. Panteleyev, the head of the analytical sector of Aviaport, the situation is changing. Oleg Panteleev says that today the Russian Ministry of Defense is already ready to purchase new equipment on a large scale than several years ago. Such a list in the direction of domestic buyers can not but rejoice.

Of course, it’s a pity, experts say, that in the course of MAKS-2011, the signing of contracts for the supply of aircraft worth more than 3 billion dollars did not take place, but in this case you should not dramatize. Analysts are confident that the contract will be transferred only a little in order to provide the parties with greater guarantees. Perhaps the final version of the agreement can be seen next year. Oleg Panteleev declares that there are no unsolvable problems, the parties to the transaction are not worth it, everything rests on the side of a compromise. For the time being, the negotiators decided not to go for a compromise, but this does not indicate a contract breakdown.

All this once again underlines that Russian military officials are determined to have a real constructive dialogue. Now is not a simple flick, they say, there is no money, and sell the equipment to anyone. Prospects for promising cooperation are already emerging, since it is impossible to deny the obvious fact that there is not bad financial support from the state budget Mini Defense. Tendencies towards increasing government procurement of military equipment are obvious.

One of the vice-chairmen of the Ulyanovsk government stated that the Aviastar SP enterprise, which is part of the Russian KLA, in the near future will release not new 2, but five new IL-476 transport workers. The official said that such an agreement was reached at the anniversary MAKS-2011 between the KLA and the Ministry of Defense. Earlier it was planned that only two aircraft of this modification would go to the troops.
Serial production of IL-476 is planned to be launched already in 3 of the year. This car is called very reliable and efficient. From the IL-76, only the fuselage remained in it, and, as analysts say, it only resembles the aircraft of the previous generation. Production technology has reached a completely different level. When designing it was decided to abandon the usual "paper" work, and all activities translate into a "figure."

Already there was information that the Ministry of Defense is ready to purchase X-NUMX Il-50 aircraft in two main versions: a transport plane and a tanker aircraft. Another 476 IL-34 wished to buy China. It should be recalled that in 476, the Chinese also planned to purchase the X-NUMX Il-2004 from TPAP (Tashkent Aircraft Building Plant), but the deal was doomed due to the impossibility of the project being implemented by the Uzbek side. By the way, this is not the only case when one of the parties cannot fulfill the obligations imposed on it.

However, as representatives of Aviastar SP say, their enterprise is at a high level of development and is staffed with qualified specialists at 100%. Therefore, any distrust of Aviastar SP is not necessary today. In this case, the company never goes to a unilateral change in the provisions of the contract. In particular, the initial price specified in the agreement does not change in the direction of its sharp increase.

The KLA President, however, noted that there are some critical issues in terms of concluding new contracts. So, it is still not possible to find an acceptable solution for the price of the Tu-204SM aircraft between manufacturers and buyers. However, as it was found out about the price, sooner or later you can agree.
In Samara, the situation with the procurement of aircraft has developed as follows: Aviacor, which is part of the Russian Machines Oleg Deripaska holding, has been producing new An-2006 since 140, the successor of An-24. Military orders can allow Aviakor to feel firm ground under their feet. And the orders are already there. The Ministry of Defense wants to purchase 10 An-140 before 2013, and with 2014, an aircraft factory in the city of Samara should start producing 50 aircraft of this model for sale abroad. Konstantin Grek, Deputy Head of the Rosoboronexport Air Force Directorate, informed the media about the sale of An-140 abroad. Aircraft, by the way, will be delivered to foreign customers exclusively in the military configuration.

Of course, the same financial problem may arise in this volume order. So the Yakut airline, which ordered the delivery of three An-140 aircraft from the Samara aircraft factory with an eye on a few dozen more models, made the following decision: first the planes, and then the money. Like in the well-known novel: money in the morning, chairs in the afternoon ... And this was due to the fact that Aviakor representatives could not call the Yakutia company the final price of the An-140 model. Today, the cost of one An-140 comes to 20 million dollars, which is no longer affordable for the average Russian air carrier, which Yakutia is.

In this regard, the Russian authorities need to make a decision along which path long-term cooperation between the Russian military department and domestic aircraft manufacturers should be conducted. Experts talk about three options for a possible exit from the financial impasse. The first: financing from the state budget directly, the second: modernization aviation industry with a reduction in production costs, the third: to leave the Ministry of Defense with the manufacturer of the aircraft alone, and then give a heading to both of them in case of failure of the order. The last option we are trying to earn now, but its effectiveness is close to zero.
Ctrl Enter

We are in Yandex Zen
Irkutsk SU-30CM: from India to Russia
Lift force "MiG"
1 comment
Information
Dear reader, to leave comments on the publication, you must to register.