Chinese self-propelled artillery installation on the basis of an SUV 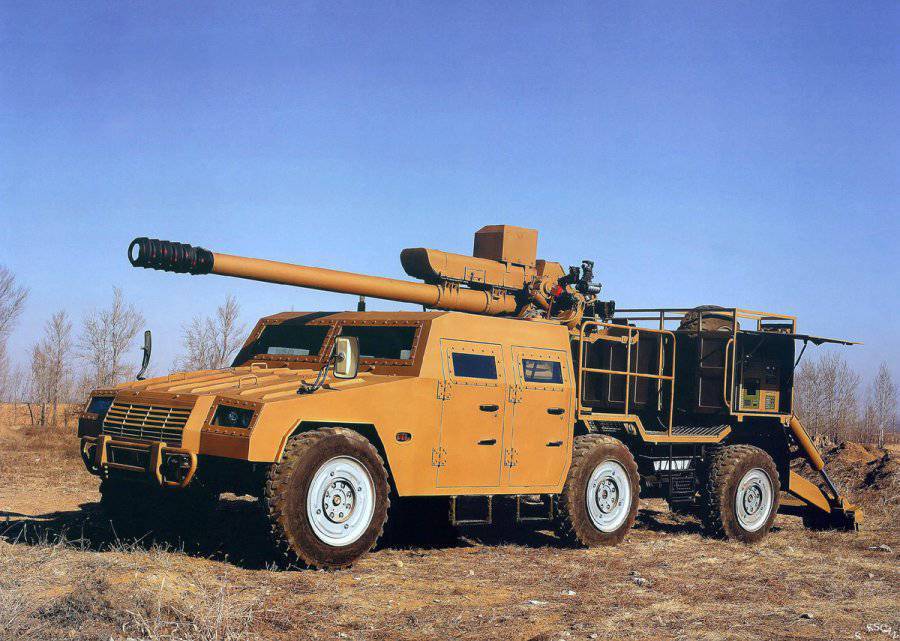 For the first time, the Chinese national corporation NORINKO presented its development - 122-mm self-propelled artillery, at the exhibition of weapons and military equipment IDEX-2007 in Abu Dhabi. Like the X155-mm SH1 installation similar to it, the SH2 system is mounted on the basis of the wheeled chassis of an all-terrain vehicle with the proven wheel formula 6-X6. The main purpose of the SH2 submission in Abu Dhabi was an attempt to promote it to the international arms market.

SH2, like its predecessor SH1, has a built-in computerized fire monitoring and control system, with an embedded navigation and precise positioning system, means of communication and automated information exchange, manufactured in a modular fashion. The digital data transfer complex uses the battalion or company level C4ISR network.

The mobile base of the SH2 installation is a wheeled (6х6) chassis, which is developed on the basis of a high-traffic car, similar to the American HMMWV (4x4). In front of the car is the engine and armored cabin for the crew. The armor is rather weak and can protect only from bullets and small fragments. In the stern part there is a special open platform, on which an artillery unit with a circular rotation is installed. When firing, an artillery mount relies on two powerful hydraulic supports, which are set up with the help of a remote control, which makes it possible to quite quickly transfer the gun from a marching position to a combat one. The car chassis is equipped with a single tire inflation system and is capable of reaching a maximum speed on the highway to 90 km / h. Given the relatively small curb weight, the SH2 artillery mount has high maneuverability and can be delivered to the destination by Y-8 and IL-76 transport planes to the Chinese Air Force. 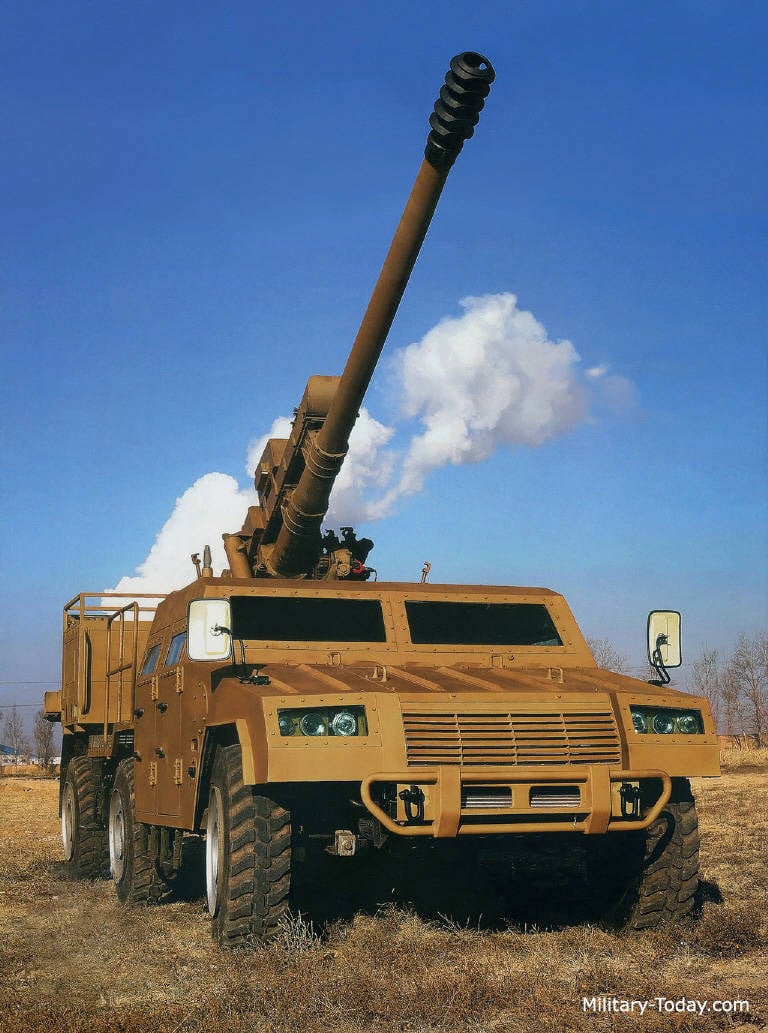 The SH2 gun mount is a highly mobile version of the well-proven 122 towed howitzer “Type 86” cannon, which is analogous to the Soviet D-30 gun, which the Chinese completely copied in the 80 of the last century. The SH2 barrel has been supplemented with a new multi-chamber muzzle brake, similar to that installed on the 89 Type self-propelled unit, special anti-recoil devices are completely copied from the towed version, and the cannon’s swinging part is equipped with electric pointing drives. The maximum range of high-explosive high-explosive projectile type ERFB-HB with a leading belt with prepared grooves and bottom excavation developed by NORINCO China is 22 kilometers, and an active-jet projectile type ERFB-RA - up to 27 kilometers. The howitzer can also fire all types of 122-mm projectiles previously manufactured in China. According to representatives of the Chinese side, the SH2 artillery system can also fire with new corrected semi-active laser-guided projectiles created in the People's Republic of China based on the Russian Krasnopol ammunition.
Ctrl Enter
Noticed oshЫbku Highlight text and press. Ctrl + Enter
We are
155-mm self-propelled howitzer XM1203 NLOS-C (Part 1)Lightly armored "self-propelled floating installation K-73" or "floating airborne self-propelled artillery installation ASU" 57P "
Military Reviewin Yandex News
Military Reviewin Google News
13 comments
Information
Dear reader, to leave comments on the publication, you must to register.