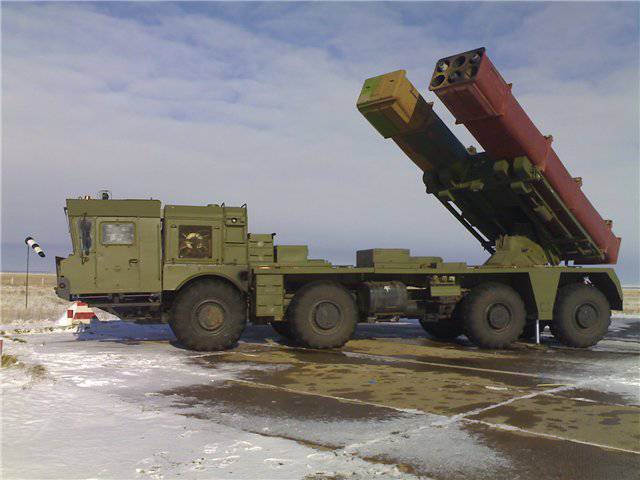 In the summer of 2008, the Ministry of Defense of Kazakhstan invited the head of state, military attaches of various countries, the Russian defense minister, journalists, and conducted exemplary exercises with live firing. With incredible pride of the audience, samples of modern Kazakh artillery weapons — the Semser artillery system, the Naiza volley fire system, and the Aybat mobile mortar — were presented.

All those present gathered to bother to convince that the presented modern samples of military equipment are a completely new word in military engineering thought that now Kazakhstan will have a huge number of states, including Russia, in customers. In confirmation of this, everything rumbled around, and the vault of heaven covered the smoke from the numerous explosive shells.

But on closer acquaintance with the presented weapons, it becomes obvious that these are just improved versions of Soviet weapons. Semser is a modernized analog of the Soviet howitzer D-30, mounted on the KamAZ chassis. Weapon equipped with an automatic loader and firing precision projectiles. This makes it possible to save ammunition and increases the rate of fire. One "Semser", according to reliable information from the developers, is able to change the battery consisting of Soviet howitzers 6. 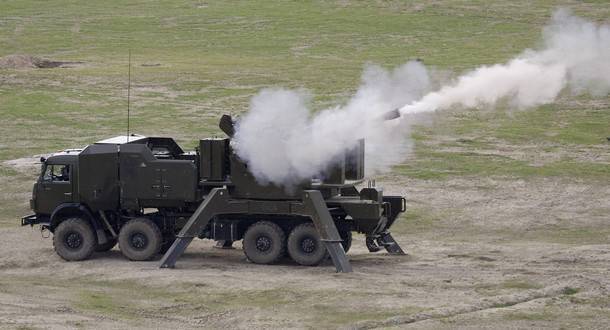 The Aibat mobile mortar is an advanced model of the 120-mm battalion mortar, which was in service with the USSR Army. It is equipped with automatic equipment and installed on the base of the chassis of an armored tractor, on tracked tracks. The mortar allows shooting at a maximum rate of fire of 6-7 per minute.

It should be noted that, according to media reports, the development of this weapon was carried out with the participation of Israeli specialists from Soltam and Elbit. Thanks to the created automatic control system, it was possible to combine the Semser and Aibat systems, as well as the new Naiza rocket launcher. For reconnaissance and target designation in the interests of artillery units, Israeli-made Orbiter unmanned aerial vehicles are used. 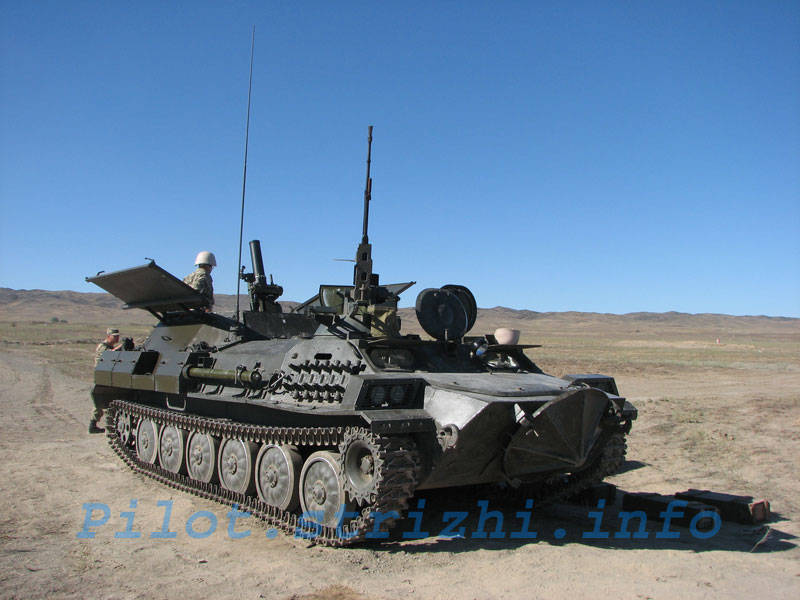 Of course, the idea was based on the noble idea of ​​equipping the armed forces of Kazakhstan with modern artillery and missile systems operating on the basis of electronic guidance. In other words, they decided to turn an ordinary cannon into a modern computer-guided high-precision weapon.

There are a large number of analogues of this weapon in the world - almost all developed countries are engaged in this. The Ministry of Defense of Kazakhstan was elementary enough to announce the competition - and experts from all over the world would run together with proposals for improving weapons.

But it so happened that one of the deputy defense ministers of Kazakhstan, Lieutenant-General Kazhimurty Mayrmanov, at this particular time, announced a long-standing friend - whether they somehow served together, or were classmates. And this friend had close contacts with the Israeli state company IMI. As a result, with all the variety of choices, there was no other alternative for the Kazakh military. With a light hand of this high military official, an alleged purchase from a single supplier was conducted. The law of Kazakhstan allows it. But in our concrete version it would be logical to say that this was done too carelessly, because in the given sphere the Israelis are not at all recognized world leaders. But who cares about such trifles when they see two old friends - one deputy minister of a huge state, and another businessman!

As a result of such close cooperation between the military and the businessman, the Kazakh military received weapons, which, according to one of the secret design bureaus, were not modernized, but quite the opposite. Since the modernization implies the improvement of the technical characteristics of the product, and here the deterioration of key parameters has occurred.

For example, the Naiza rocket launcher is generally extremely dangerous for combat crews. In particular, the jet stream from the launched missiles will fall into the car platform on which the system is based, as well as into the cockpit, where the servicemen are hiding. In spite of the assertions of the generals, the installation “Smerch” and “Typhoon” will not be able to launch this installation at all, since it will simply turn over.

The situation is similar with the Semser and Aibat artillery systems. In the first chassis of the machine, on which the D-30 howitzer is installed, even visually clearly overloaded. In the second, after the demonstration firing, a deformation of the bottom of the crawler tractor case occurred. According to the most modest estimates, for all this military pleasure, Kazakhstan laid out more than 190 million dollars. And the most annoying is that all three of these weapons systems, named by Kazakh names, presented as a national Kazakhstan product, the development and construction of which were paid for by Kazakhstan taxpayers, are not legally owned by Kazakhstan. The agreement is simply stuffed with items that prohibit Kazakhstan from independently managing both the military technology itself and the design practices for its creation.

More than 14 billion tenge should be paid to the state by convicts in the scandalous case of the procurement of Israeli weapons. Another 20 people who are somehow involved in the transaction together will pay approximately 3 million tenge to the budget. This decision 13 December passed the Military Court of the Akmola garrison.

The Ministry of Defense of Kazakhstan initiated a lawsuit on compensation for material damage after General Kazhmurat Maermanov, an Israeli entrepreneur Boris Sheinkman, and a high-ranking officer of the Defense Ministry Edil Zhartyn, were sentenced to lengthy terms of imprisonment.

Speaking at the trial on Monday, the representative of the Ministry of Defense of the country Nurken Abu said that the military department had filed claims against 23-s defendants about the recovery of state damages in the amount of 14,260 billion tenge.

Approximately this amount was lost by the country's budget as a result of a dubious deal for the purchase of Semser, Naiza and Aibat salvo systems in Israel. In order to decide on this claim, the court took several days. The process began last Friday, and over the past weekend, the court managed to examine the arguments of the parties, weigh all the pros and cons, in order to announce the decision.

According to Interfax-Kazakhstan, the court’s decision to pay the principal amount of the claim - 14 billion tenge - must be paid to three main persons involved in the case: former Deputy Minister of Defense of the Republic Kazimurat Maermanov, Israeli citizen Boris Sheinkman and temporarily acting Commander of the Missile Forces and Artillery of the Armed Forces of Kazakhstan Edil Zhartynov.

At the same time, the lawyers of the convicts immediately stated that their clients simply could not pay that amount. Even if they strongly want.

“In fact, this is a fiction,” said Mustakhim Tuleyev, lawyer of Kazhmurat Maermanov. “Because not a single citizen, even if he is the coolest businessman, if he is not a billionaire, of course, let's say, like our oligarchs Mashkevich, Patokh Shadiyev and so on, they could compensate. But Mayermanov, Zhartynov are not.

- After the entry of this decision into legal force, the bailiffs will describe all the assets of the convicts and if they come to the conclusion that the defendants are insolvent debtors, the enforcement proceedings will be terminated and this is the point. In this case, the Israeli side is exempt from all property claims - both the Ministry of Defense and our state are automatically deprived of legal justification for the implementation of the restitution rule. That is, the return of defective weapons back to Israel and the return of the money spent, ”M.Tuleev noted, adding to the joke that B.Sheykman might be“ a benefactor, pay for himself, Maermanov and Zhartynov and then everything will be okay. ”

At the same time, according to the judge, all other defendants in this lawsuit "must be held liable under Article 66 of the Labor Code within their average monthly salary, since they did not conclude a written contract of acceptance of full financial responsibility." By court decision, they will be charged to the state from 80 thousand to 190 thousand tenge from each.

The army divisions of the Naiza, Aibat and Semser volley fire systems were to become the flagships of the national precision artillery. However, the experts came to the conclusion that the purchased Israeli equipment was unusable. Despite this, the acquired weapons participated in shooting practice, in a military parade and looked at the same time quite intimidating.
Ctrl Enter

We are in Yandex Zen
Memo to mercenaries in Africa
Israeli-Kazakhstan Grads and Hurricanes
5 comments
Information
Dear reader, to leave comments on the publication, you must to register.