Does Russia have an antidote to US missile defense? 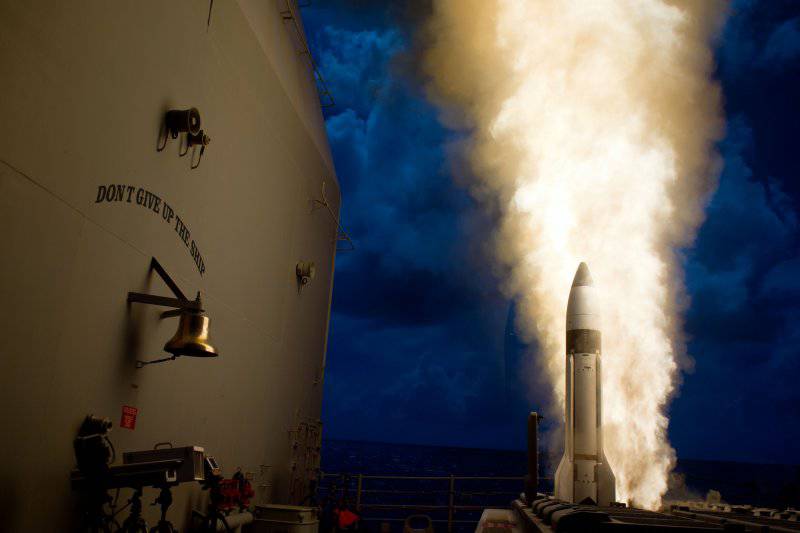 November 7 US 2014 conducted successful tests of the missile defense system (PRO) Aegis Ashore. Such a system will be deployed in Romania already in 2015 year. At the trials failed to knock down all 3 goal - short-range ballistic missile and 2 low-flying cruise missiles.

In light of the serious tensions US-Russia relations, the issue of the deployment of the US global missile defense system, including near the Russian borders, becomes more and more important degree.

It has already become clear that there will be no agreement on the “good” missile defense with the United States - more and more European countries agree to deploy elements of the American missile defense on their territory. For example, in August 2014 joined the project Denmark, which will equip the destroyer 2 with the Aegis system. I think that the situation will not surprise anyone if the missile defense elements are placed in Ukraine in the future, and SM-3 anti-missiles of the Block IB modification will be based somewhere in Kharkov, and later, by the 2020, and the Block IIB modification, capable of intercepting intercontinental ballistic missiles.

The issue of tactical and technical characteristics and problems of American and Russian missile defense systems have already been dealt with in another article (http://regnum.ru/news/polit/1670223.html). Now it will be discussed the possible ways of the Russian Armed Forces response to the unilateral US withdrawal from the treaty on the limitation of missile defense and the deployment of these systems right at our borders.

1) Deployment of the Iskander-M operational tactical complexes in Kaliningrad.

These missiles, especially equipped with tactical nuclear warheads, guaranteed to neutralize the missile defense elements to be deployed in 2018 in Poland. When using the new cruise missile P-500, with an estimated range of about 2000km, almost the whole of Europe will be under the gun. In order to put additional pressure on the Europeans, we can publicly declare the supply of Iskander tactical nuclear warheads.

The process is in full swing - actively accepted into service the further development of missiles Topol-M - IDB yars, equipped with three warheads, instead of one of its predecessor. These mobile ICBMs have various anti-missile defense mechanisms, for example, are rapidly gaining speed, reducing the time of the active leg of the flight (while its engines are working and it is gaining altitude) when the rocket is most vulnerable to antimissiles. At the final stage of flight, the separated warheads carry out random deflection maneuvers. There is a new heavy liquid rocket “Sarmat” in development, which in 2018 will begin to replace the formidable predecessor - the ICBM P-36M, nicknamed by the Americans “Satan”.

3) The creation of medium-range missiles is prohibited by the START treaties.

However, presumably, the new Frontier ICBM, which is a modification of the Yars, is capable of operating both at medium (up to 5500 km) and at intercontinental distances, which makes it possible to take aim at the whole of Europe. Rocket R-500 "Iskander", equipped with a nuclear warhead can also be suitable for the role of medium-range missiles.

1) Setting into service of the orbital modification of the new Sarmat liquid-propellant ICBM.

The orbital modification differs from the conventional ICBM in that the warheads are put into low earth orbit and temporarily become its satellites. The mass of output combat units is noticeably less than that of a standard ICBM, but they can fly to the target from absolutely any direction, having made an arbitrary turn around the earth. The flight range of such a rocket is in no way limited, unlike conventional ICBMs. Accordingly, shafts with missiles will be placed in absolutely anywhere in the Russian Federation by the most inaccessible parts of the US missile defense (away from the seas and European countries). The possibility of reaching the target from unexpected directions will force the United States to deploy a much larger number of missile defense elements throughout the country, which will cost huge amounts of money that even Americans do not have now. It is worth noting that the orbital modifications of ICBMs are prohibited by the START treaties.

Technically, this task should not cause difficulties and will be very effective, since it completely eliminates the interception of ICBMs at the initial stage of the flight. However, the deployment of nuclear weapons in space is prohibited by the relevant treaty. To counter such a threat to the United States will have to invest heavily in creating sputnikov- "fighters" (it is worth noting that similar projects were developed earlier in the United States and the USSR).

Likely development of the situation: a policy of limited response or the path of "escalation"?

In fact, the Russian Federation has two options for a response to the further development of the US global missile defense system. The first path is a limited response policy. In essence, this is what is being done now. These include the above planned and implemented measures. As you can see, this path does not have the proper effect on Americans. Given the worsening relations, the rate of deployment of missile defense elements can only increase. It must be said that the missile defense created by the United States is still not very soon able to create a real threat to the nuclear deterrent forces of the Russian Federation, but such a day may come. The second way is the “escalation” policy. This path the USSR has once successfully successfully used against the United States by deploying missiles with nuclear weapons in Cuba. At that time, the ICBMs were poorly developed and were available in small numbers, and they took a very long time to prepare for launch. As a result, the United States, having deployed medium-range Jupiter missiles in Turkey, gained a strategic advantage - they could deliver a preemptive strike on the USSR, destroying all launch sites of ICBMs before they could be launched. In response, the USSR unexpectedly placed its medium-range missiles in Cuba, which caused the Caribbean Crisis. However, the escalation of the situation before the crisis resulted in detente as a result - the US removed the missiles from Turkey, and the USSR from Cuba. Attempts to negotiate with the Americans "in an amicable way" almost never led to results acceptable to the USSR and Russia, unlike the language of force.

Accordingly, in the case of the US global missile defense system, you can go a similar way. Guided by the fact that the Americans violated the treaty on the limitation of anti-missile defense (prohibiting the creation of more than two positioning areas), they themselves violated the conditions of strategic offensive arms, deployed a certain number of orbital modifications of ICBMs, and possibly also launched a number of satellites-warheads .

This, of course, will lead to an unprecedented surge of tension, but in fact the balance of strategic forces will be seriously disturbed - and this is clearly not in favor of the United States. Further, the situation can go in different ways:

1) The parties may well agree, as it once was in Cuba.

In response to the cessation of the development and further deployment of US missile defense, the Russian Federation removes from combat duty and conserves (does not allow for scrap, as in 1990-e!) Orbital modifications of ICBMs. Accordingly, the issue will be exhausted for a significant period of time.

2) The United States does not want to come to an agreement and falls for the same “bait” that the USSR got in the case of the American Star Wars program.

The states are beginning to spend huge amounts of money on deploying missile defense throughout their territory and all their allies. "Symmetrical" report to them will also be very expensive - in contrast to the Russian Federation, in the US a long time ago were not engaged in heavy ICBMs, and generally do not produce new missiles over 20 years. All this will be very inappropriate for Americans, given that the financial system of this country is now far from being in the best condition, there is an exorbitant national debt. In fact, a similar reason was one of those factors that “destroyed” the USSR.

The statement about the deployment of OTRK Iskander-M has already forced the Czech Republic to abandon the deployment of missile defense systems, as the country's leadership turned out to be adequate enough not to expose their country to a probable blow. The above measures, if properly filed (that no country that hosted the US missile defense system “sits out” in the event of a global war), should force some European states to be scared enough to refuse to cooperate with the US in missile defense issues.