Artillery of the Korean People’s Army. Part of 1. Towed systems and mortars

October 25 2014
8
After the "rifle" and anti-tank weapons go to artillery and begin with towed.

Immediately after the creation of the KPA, Soviet artillery systems began to be supplied to it. In total, before the start of the Korean War, the following were delivered: 2499 artillery systems: 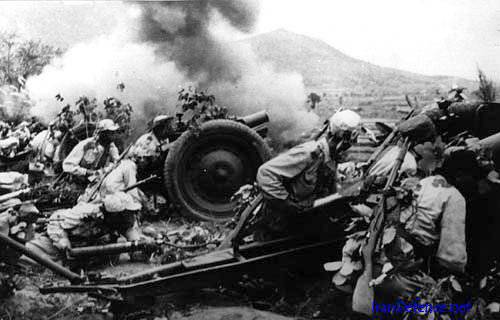 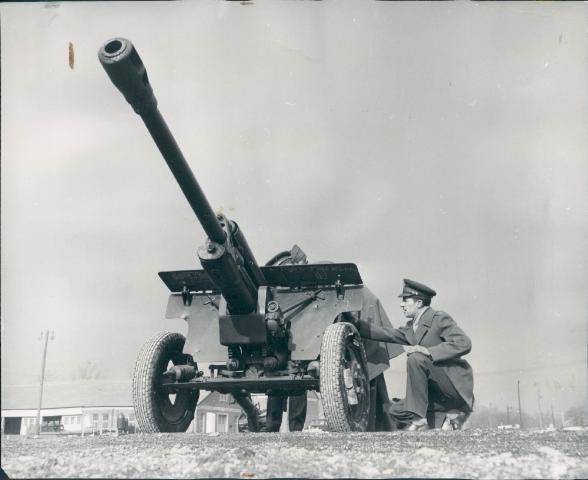 There were also samples of artillery installations of Japanese origin: the 70-mm howitzer "Type 92" and 75-mm field gun "Type 38", remaining from the time of the Japanese occupation of Korea. 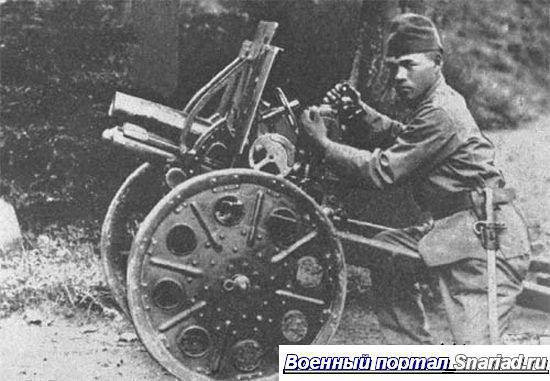 Of course, supply continued in the course of the Korean War, which supplied not only the Soviet artillery systems, but also captured German captured during World War II: 105-mm light field howitzer sample 1918 / 1940 leFH 18 / 40, 150-mm heavy field howitzers arr. 1918 of the sFH 18 and even the famous Nebelwerfer 42 rocket launchers. 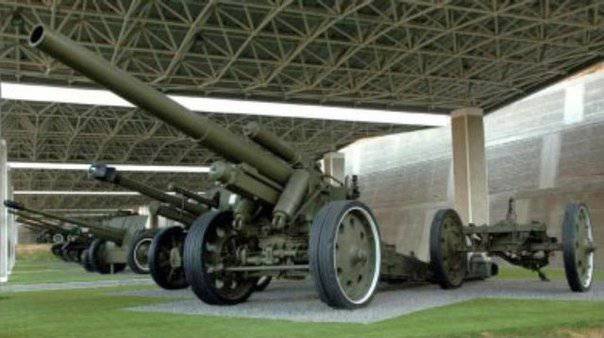 Thanks to Soviet supplies, the KPA ended the Korean War with twice as many artillery systems as compared to that. what she had at the beginning of this war. On the date of the end of the Korean War, 27 July 1953, the KPA had 5397 field artillery guns and mortars:

During the Korean War, North Korean artillerymen demonstrated high proficiency and heroism. Thus, the coastal batteries, which received the usual Soviet field guns of the 76 caliber and 107 mm, conducted fierce artillery duels with enemy cruisers, destroyers and patrol ships. Even the American battleship New Jersey was among the enemy ships damaged by them. Of course, the steel giant got off with a "mosquito bite." 7 January 1951, the North Korean gunners won their biggest victory in the war. Off the east coast of Korea, a Thai frigate "Prasae" of an English construction of the type "Flower" (formerly Pennant w / o K274, transferred in 1947) with a displacement of 1030 tons, which came to attack coastal targets, fell under a massive 5-10 fire with guns disguised . The frigate came too close to the shore, and already the third volley was covered. The gun crew was almost completely destroyed, several shells hit the superstructure, and a fire broke out in the middle part, which could not be extinguished. The following hits were set on fire aft superstructure. The commander threw the ship into the shallows. There the ship burned for almost a day. 13 January frigate "Prasae" was excluded from the service of the Thai Navy. 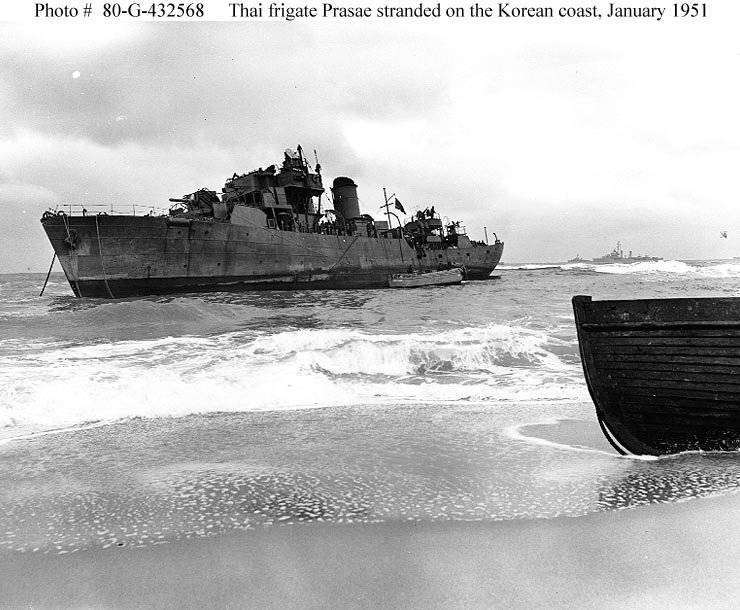 Soviet and then Chinese shipments of artillery systems continued after the end of the war. However, the DPRK has established its own production of artillery systems, and is currently capable of producing, according to Western experts, 3 000 guns of a caliber higher than 100 mm per year.

Currently, the KPA has, in addition to self-propelled systems, 3,5 thousand towed field artillery guns (122-mm cannon and howitzers, 130-mm cannon and 152-mm howitzers, howitzers-cannon and cannon-howitzers - all Soviet designs) and up to 7,5 thousand mortars (domestic 60-mm, Soviet 82-, 120-, 160- and 240-mm) in the 2 artillery corps and 30 artillery brigades. There are also artillery units of the RKKGv with powerful armament up to 130-mm long-range field guns and 122-mm 40-barreled rocket salvo systems of the type of Soviet BM-21 "Grad" mounted on trailers towed by agricultural tractors. Thus, without doubt, the KPA ground forces have powerful field artillery, which seems to be superior in its total firepower to the artillery of the South Korean army. At the same time, in part of the fire control and artillery reconnaissance systems, the North Koreans are significantly inferior to the enemy. However, in turn, they hollow out firing positions in the rocks. 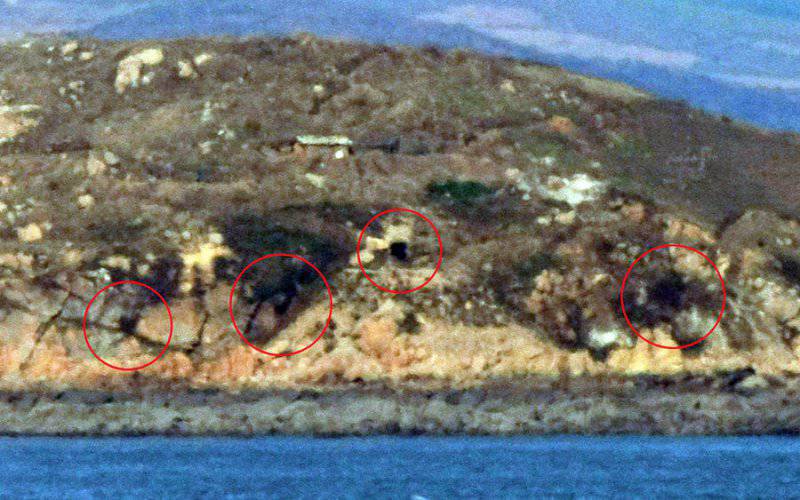 The positions of North Korean artillery hollowed out in the rocks

And they actively use dummies of artillery guns and equip false firing positions for misleading the enemy. 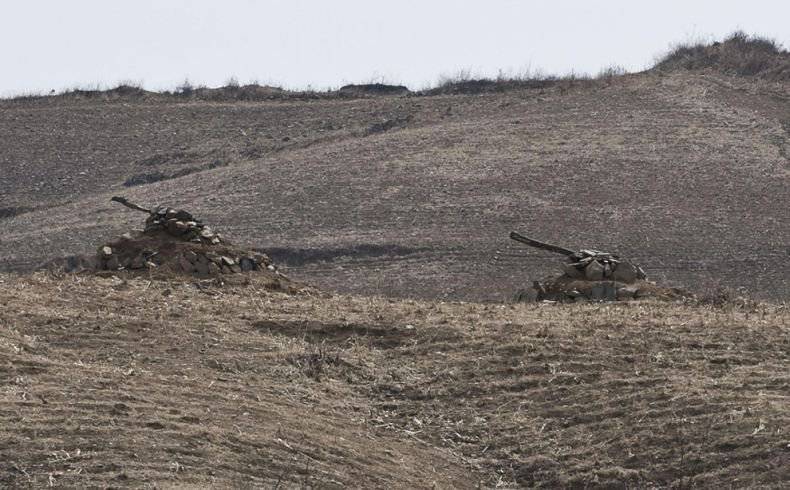 Layouts of artillery shells from stones and branches on the bank of the Yalu river from the North Korean side, opposite the Chinese city of Hekou

All experts note the high combat qualities of the North Korean artillerymen, despite the lack of modern fire control systems. Thus, during an artillery shelling of the South Korean island of Yonpkhedo in the Yellow Sea on November 23, 2010, the DPRK artillery, represented by obsolete towed 130-mm cannons M-46 and, possibly, 76-mm ZiS-3X, which are part of the same, which has not been broken. of these, about 12 shells hit the target. 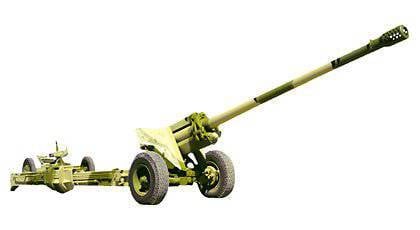 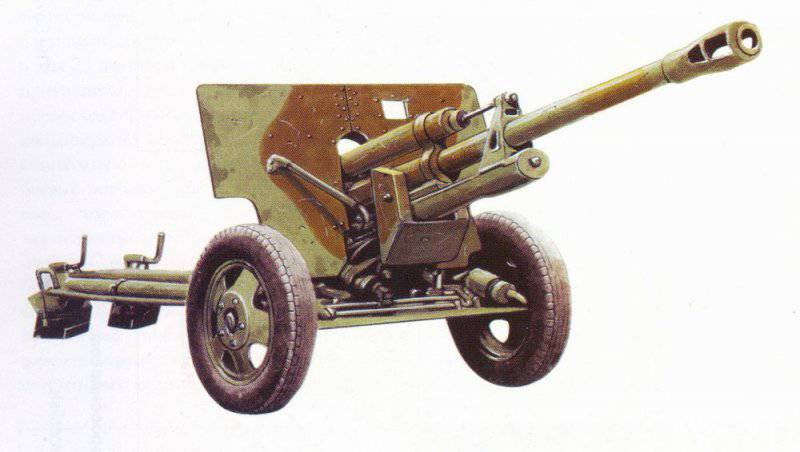 As a result of the shelling, 14 South Korean soldiers were injured, three of them were seriously injured, four were killed. It was also reported that part of the houses of civilians were destroyed.

In turn, the South Korean artillery, equipped with modern 155-mm self-propelled howitzers K9 Thunder of its own production, fired 50 shells in response, without causing any significant harm to the North Koreans.

After which both sides exchanged more 20 — 30 with volleys from each side. 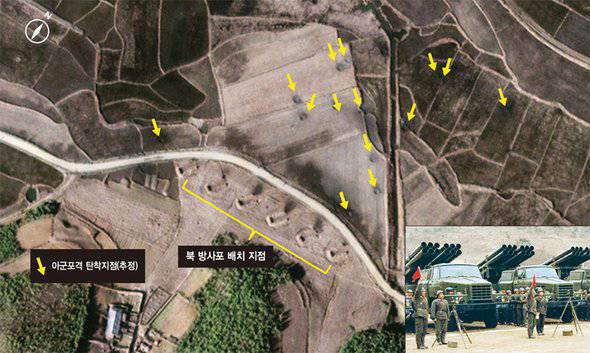 Satellite image of craters from return fire of South Korean artillery against positions of northerners. As you can see, no projectile hit the target.

North Korean towed artillery is represented by the following systems:

- 122-mm howitzer model 1938 of the year M-30, deliveries of which began before the start of the Korean War and continued after its completion. In addition, the DPRK supplied its Chinese copy of the "Type 54". Currently, the M-30 howitzer and "Type 54" are being removed from service and transferred to mobilization depots and RKKG. 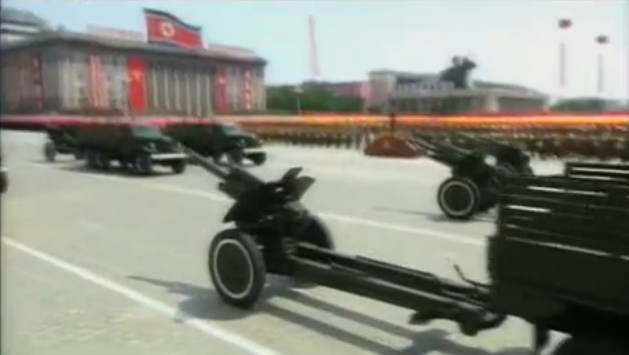 - 122-mm gun model 1931 / 37's (A-19), the first copies of which were delivered before the start of the Korean War. They are used in the coastal defense system, may have already been decommissioned and transferred to mobilization depots or RKKG. 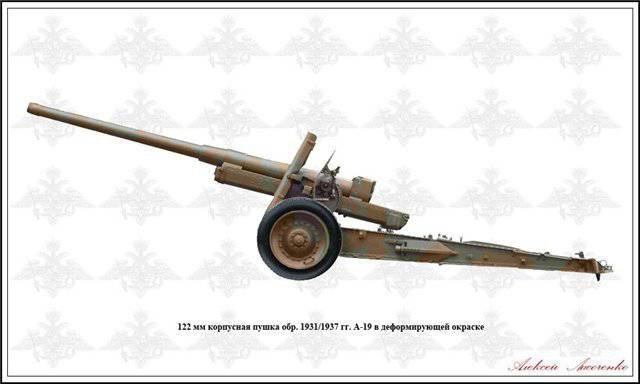 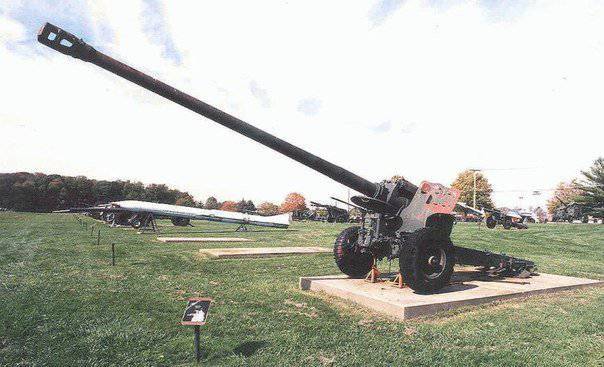 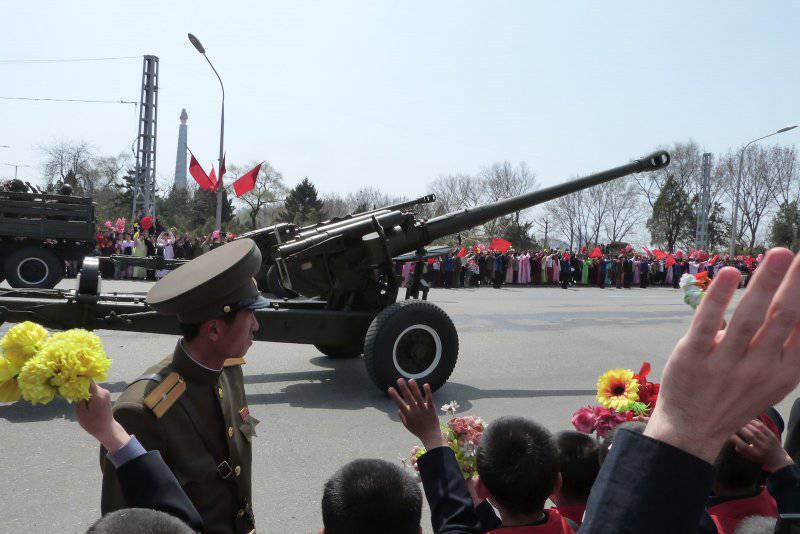 - 130-mm cannon M-46 and its Chinese copy of "Type 59" with a maximum range of 37 km, which at one time was the most long-range weapon of the Soviet Army, with the exception of large and special power guns. 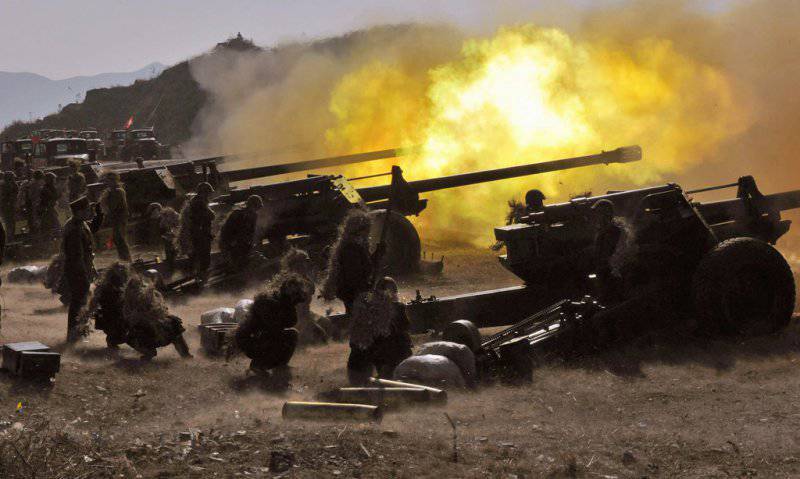 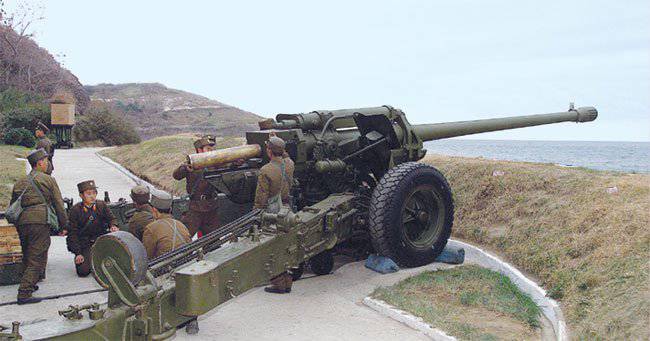 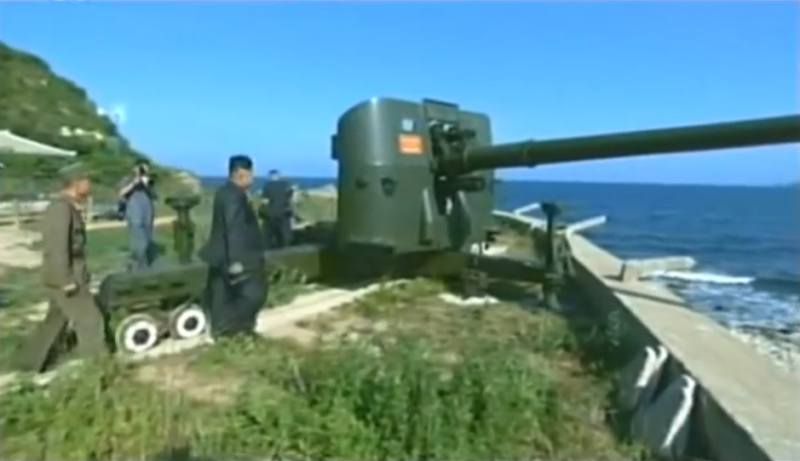 - 152-mm howitzer model 1938 of the year (M-10) with a maximum range of 13 700 meters, the first copies of which were also delivered before the start of the Korean War. They are used in the coastal defense system, may have already been decommissioned and transferred to mobilization depots or RKKG. 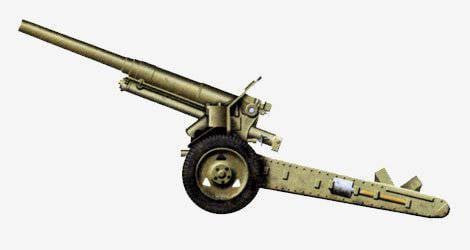 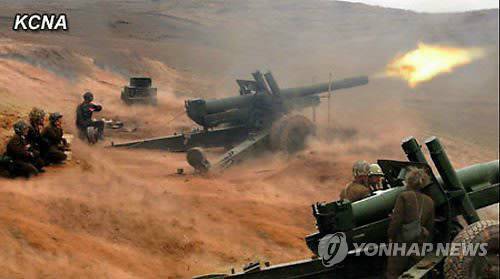 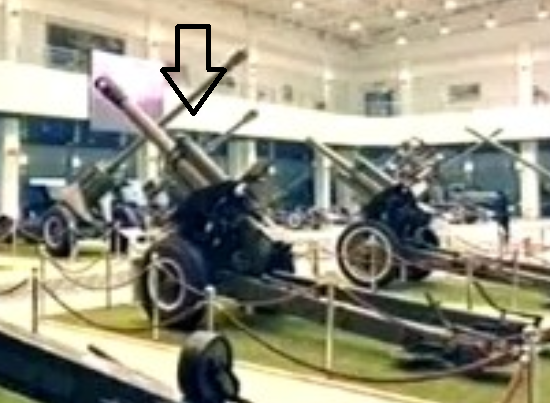 - 152-howitzer cannon D-20 and its Chinese copy of "Type 66". However, the DPRK produces its own version of the D-20 with a muzzle brake, borrowed from the Soviet 130-mm coastal artillery SM-4-1. The gun-howitzer has a maximum range of 24000 meters and is the main towed instrument of the KPA. 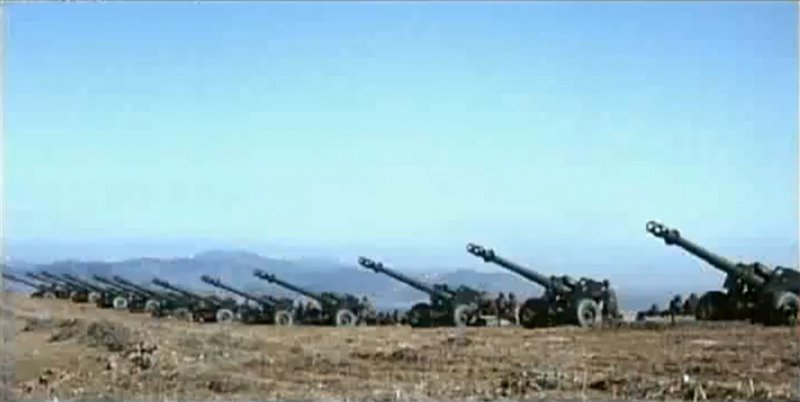 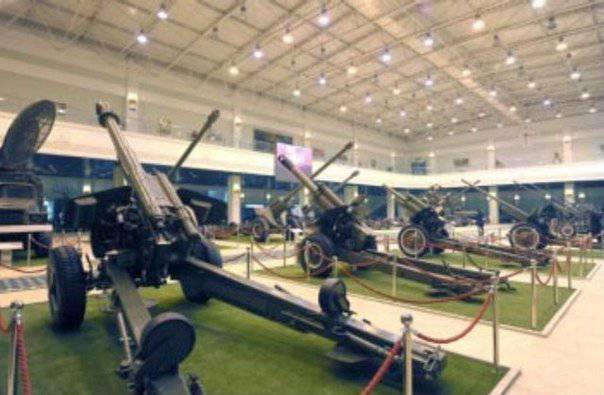 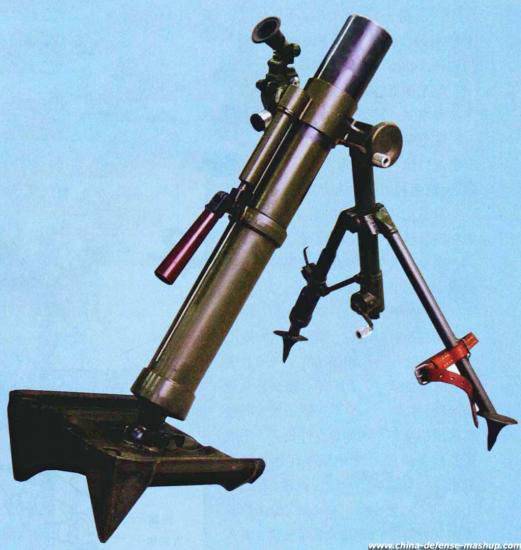 - The 82 mm battalion mortar of the 1937 model of the year (BM-37), its modifications of the 1941 and 1943 model of the year and the Chinese copy of "Type 53". It is also possible produced in the DPRK itself. Shipments of Soviet 82-mm mortars began even before the start of the Korean War, after which the Chinese supplies were added. 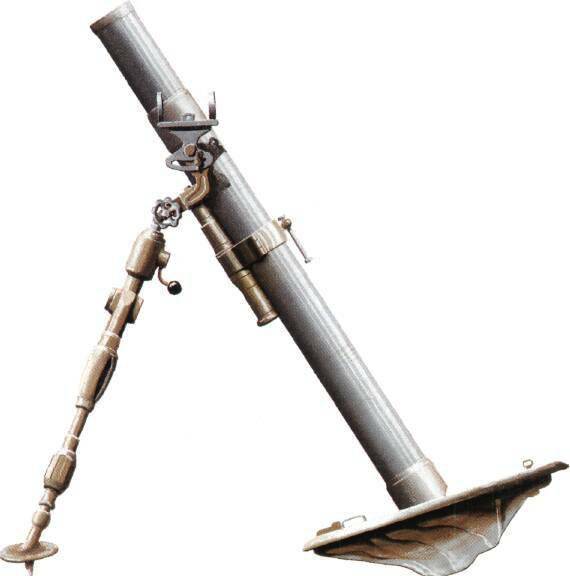 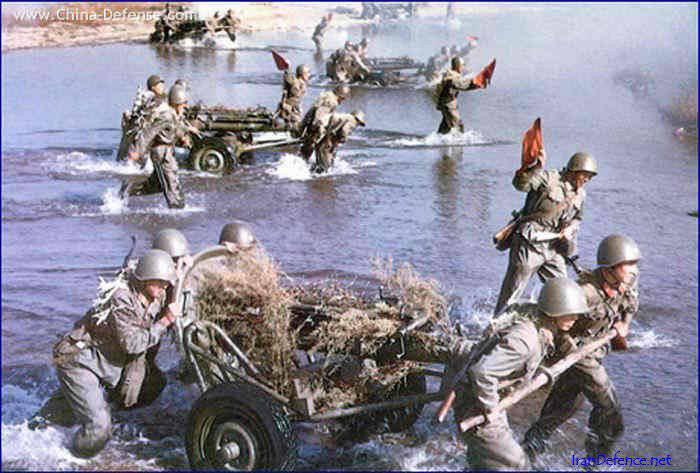 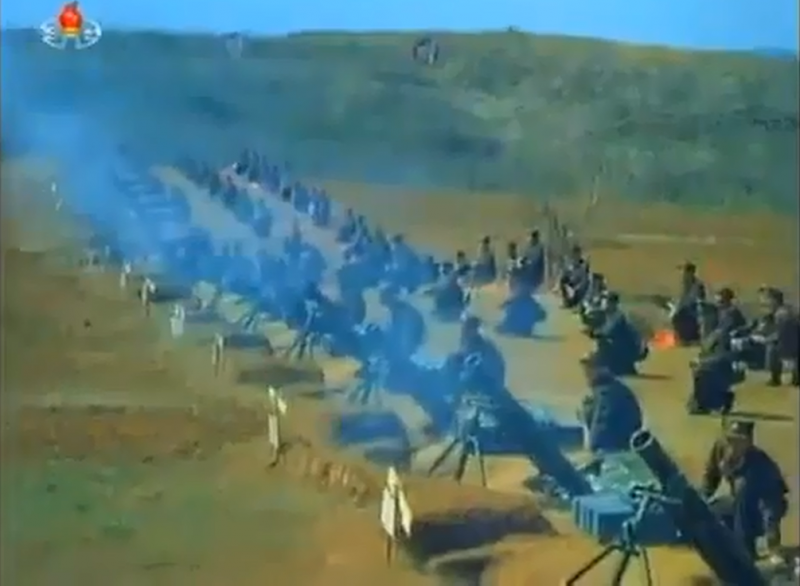 Perhaps these mortars are produced in the DPRK itself, in addition, on their basis a self-propelled mortar was created using the North Korean-made VTT-323 BTR chassis. 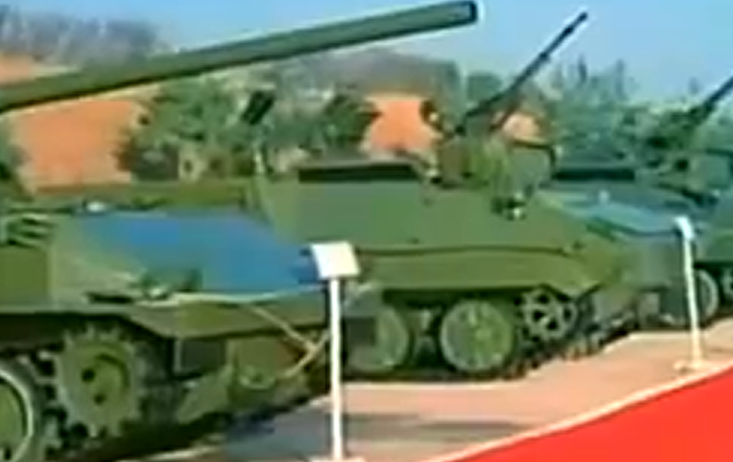 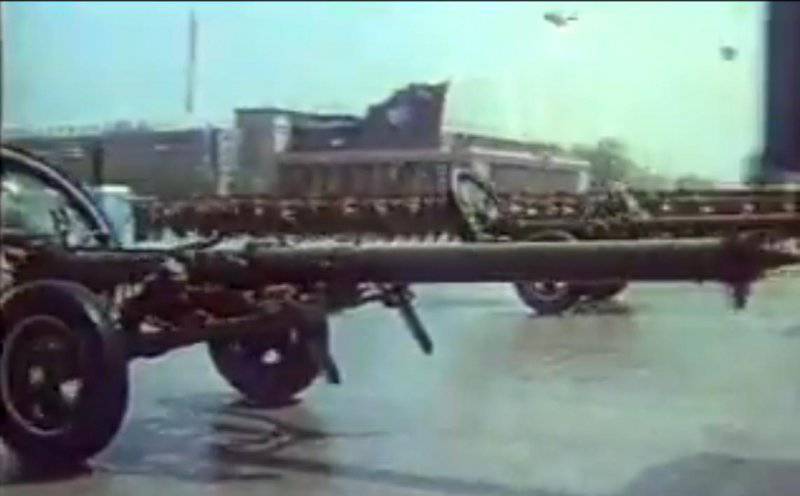 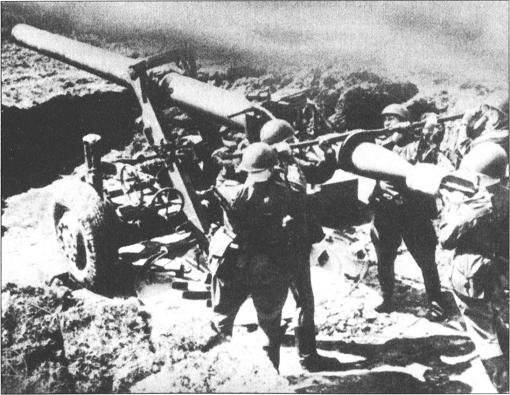