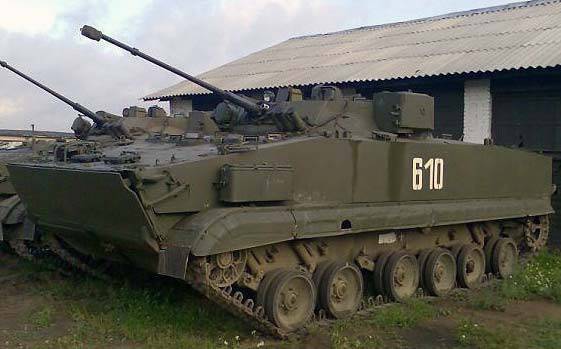 The body, power unit and chassis BRM Lynx are the same as the BMP-3. Given the specific tasks of the machine, the designers abandoned the 100 caliber mm gun. The 30-mm 2А72 two-sided loading gun with a rate of 300 rounds per minute is used as the main weapon on the Lynx. In the horizontal plane, it rotates on 360 °, and its elevation angle is + 64 °, which allows you to fire from a cannon and machine gun, both ground and air targets. The effective range of armor-piercing shells is 2 500 m, and the high-explosive 4 000 m. Ammunition of the gun consists of 400 shots in the pack and 200 shots in the additional tape. In case of failure of the electromechanical loading system, the gun can be charged manually. The fire control system includes a device for observation and aiming with a night channel (active and passive) BRK-2-42 and a sight for firing at PPB-2 air targets.

The gun rotates horizontally on 360 °. Due to the elevation angle of the trunk + 64 °, it can fire at air targets, as well as hit the enemy, who sat down at a height that is important in mountainous areas. The effective fire range of armor-piercing shells is 2500 m, and the high-explosive shells are 4000 m. The 7,62-mm PKT machine gun with the 2000 ammunition of cartridges in a single ribbon is paired with a gun. Specified block weapons equipped with a sighting system from a combined sight BRK-2-42 with active night-passive channel and a sight for firing at air targets PPB-2. To combat tanks and other enemy armored vehicles there is a set of ATGMs in the amount of four missiles, placed in a stack. In addition, the machine has 6 AK-74 crew machine guns (1800 rounds of ammunition) and 15 hand grenades. In the car body there are two loopholes for firing from crew small arms.

The crew of the combat reconnaissance vehicle BRM-3K "Lynx" consists of six people. When the combat weight of the machine 19.6 t, the specific pressure on the ground is 0.062 MPa. The maximum speed when moving forward is 70 km / h, when driving in reverse 20 km / h, when driving on water 10 km / h, the cruising range 600 km. The machine is able to climb 35 'steepness, vertical walls 0.8 m high and moats 2.5 m wide.

A special complex of reconnaissance instruments installed on the BRY-3K “Lynx” allows the crew to search, detect and identify targets in various observation conditions, process and transmit the received information. The 1PN71 “Benefit-2” thermal imaging device, Pecheneg 1PNXXX61 active-pulsed reconnaissance device (can be used in the modes of passive observation, observation with laser illumination, observation with determination of the distance to the target) are used to detect and identify targets and determine their coordinates ( 1D14 "Fauna" laser rangefinder (located in the dome, which rotates relative to the tower in the 60 ° sector), 1RL-133-1 "Credo-M" radar system. During operation, the radar transceiver rises on the boom to a height of 1 m. It is able to turn in ± 240 ° sector from the “straight” position. If necessary, the transceiver can be mounted on a tripod at a distance of up to 20 m from the car. The radar is controlled by a commander or operator. The radar detection range of enemy armored objects is 20 km.

BRM-3K "Lynx" has all the necessary means of orientation and navigation. The basis of topographic and geodetic software is a semi-automatic 1-50 gyrocompass with a sensitive element on a magnet and equipment that provides the vehicle with navigation information both in digital form and the location of the machine on the topographic map. Duplicate means can provide topographical binding: orientation sight and tower reading devices using the main complex of reconnaissance facilities. When performing a combat mission, reconnaissance aircraft can deploy a remote observation point at a distance from 0,5 to 6 km from the vehicle, as well as install reconnaissance equipment for the enemy’s operating radar. To accommodate this equipment in the BRM-3K "Lynx" provides special place-laying. 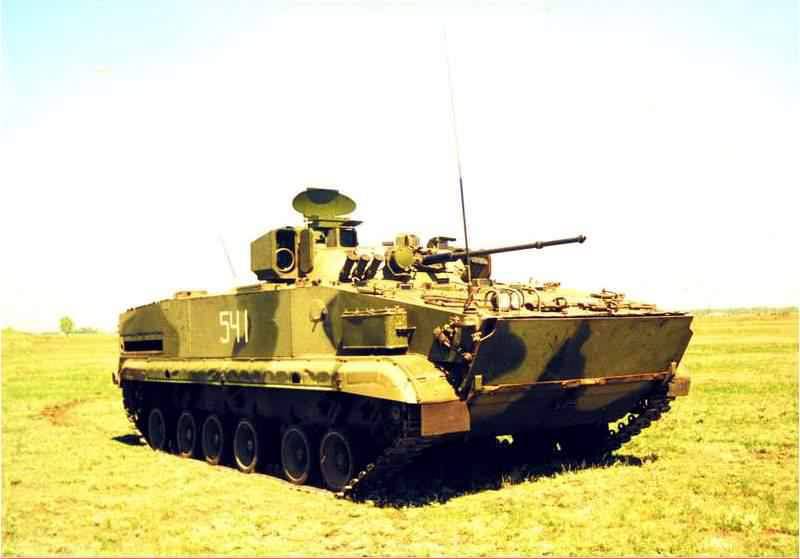 All intelligence information received in a matter of seconds is processed by the onboard computer and transmitted to the command. When operating in normal mode, the radio communication range is 100 km, and when using antenna-mast devices, information is transmitted to reception points in the HF and VHF ranges at a distance of up to 350 km. An autonomous electric generator with a power of 4 kW is provided for powering the equipment with electricity during the parking of the machine.

The armor of the reconnaissance vehicle BRM-3K is capable of withstanding hitting armor-piercing bullets, small-caliber shells and debris. BRM-3K "Lynx" is equipped with a system of collective protection against the damaging factors of weapons of mass destruction and automatic with manual overlapping fire extinguishing system. There is a special heater on it, as well as smoke screening means - smoke fans 902В “Tucha” and thermo-smoke equipment.

The machine has a Y-shaped (camber angle 144 degree) four-stroke 10-cylinder diesel UTD-29. power 368 kW (500 hp) with liquid cooling. The air supply system provides for its cleaning with a tapeless cyclone single-stage air cleaner with automatic ejection dust removal. To start the engine in cold weather, a nozzle heater with a fire-tube boiler is used, which provides heating of the coolant, engine oil in the tank and intake air.

The engine is mounted in one unit with a transmission. It is a hydromechanical reversing transmission with a four-speed planetary gearbox, a differential steering mechanism with a hydrostatic drive and a power take-off for jet propulsion. The gearbox provides 4 transmissions forward and 2 reverse.

The BRY-3K “Lynx” floats thanks to two single-stage axial propeller-type propulsion units with a guide vane. Control of the movement afloat is carried out by blocking one of the water cannons by a flap. The radius of circulation is 6-7 m in this case. Reverse travel at a speed of 2,5 km / h is provided by reversing the jet propulsion unit. 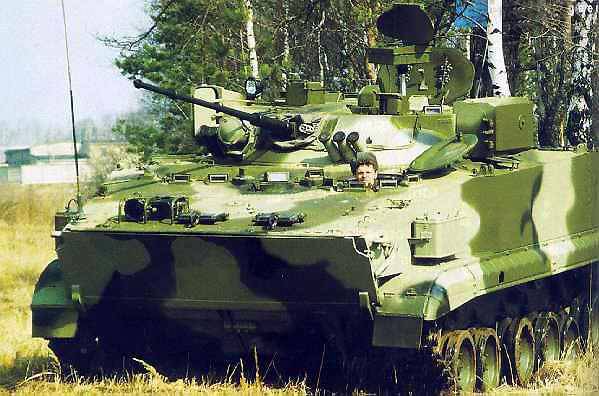