The fake is worse than the original: C-400 and Su-35C deliveries to China are not threatened by Russia 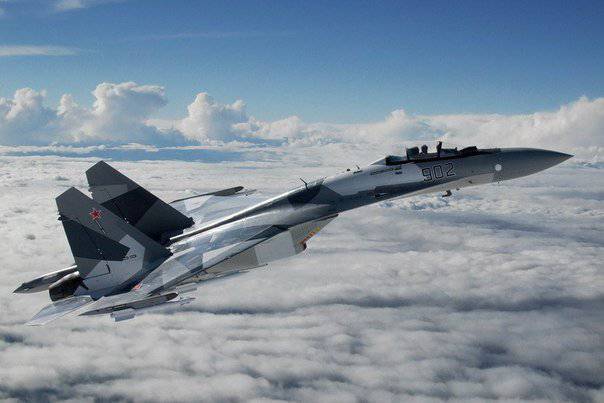 In the last part of 2014, the development of Russian-Chinese relations was observed, taking place against the background of EU and US sanctions, which put at risk all economic ties created since 1991. A contract was signed with China to build the Power of Siberia gas pipeline and supply 38 billion cubic meters of gas per year for 30 years. The contract value was about 400 billion dollars. It is highly likely that the most important contracts in the field of military-technical cooperation will be signed soon, namely, the supply of C-400 anti-aircraft missile systems and Su-35С fighters.

At the same time, the opinion that any equipment supplied to China would be copied very soon became very widespread, which would threaten the security of the Russian Federation in the future, and also hit the manufacturers of Russian weapons, since Chinese counterfeits will cost much less on the international market. .

The situation at first glance may seem quite real, especially given the fact that the Chinese military equipment is, for the most part, a copy of Soviet and American designs. But are such complex products as the C-400 SAM and Su-35С fighter really be copied in a reasonable time frame? To answer this question, you should pay attention to history military technical cooperation between China and Russia.

One of the largest military contracts between states was the supply of C-300 anti-aircraft missile systems. The first deliveries began in the 1993 year and, to date, China already has at least 24 divisions of the C-300 SAMs, modifications of the PMU, PMU-1 and PMU-2. According to Chinese sources, this figure reaches the 40 divisions - 32 launchers C-300PMU, 64 C-300PMU1 and 64 С-300PMU2. In order to imagine what capabilities such a large-scale air defense system has it is necessary to pay attention to the tactical and technical characteristics - consider them on the example of the most advanced modification of the C-300PMU-2. The maximum target detection range of the complex is 300km, shelling of targets like "airplane" - 200km, ballistic missiles - 40km. In this case, one division (6-12 launchers) can simultaneously accompany up to 100 targets and fire at 36 of them.

It is worth noting that China has really made and is making efforts to copy this air defense system, and even achieved some success in this - the “domestic” air defense system HQ-9 was created. Externally, it practically corresponds to C-300, the stated characteristics are somewhat worse than C-300PMU-2, but also quite similar - the maximum firing range is 200 km, but only 6 targets are fired at the same time, the most serious drawback is the minimum height of target destruction in 500 m (10m for C-300PMU-2). However, even such characteristics cause a lot of doubt - if they really would correspond to reality, then at their low price, HQ-9 would already be in service with many states of the world. So far, the only local success in the armaments market has been achieved in the Turkish tender for the supply of long-range air defense systems, where HQ-9 has bypassed American, Russian and European air defense systems. However, the endless delay in the final decision on the tender raises the suspicion that Turkey is simply trying to bring down the price for the supply of US Patriot air defense systems with this game.

We also note that since 1993 has passed the year 21 - during this time C-300 has already become obsolete, and money earned in 1990 has gone to the development of modern C-400, and besides, one can say, the concern was saved "Almaz-Antey" from bankruptcy and collapse in the absence of government procurement. So it can be said with confidence that the transaction was successful - the system was copied only two decades after the first deliveries (and even those with flaws), when it was already outdated, and Russia had more advanced analogues. Now let's pay attention to the second example - this time with Su-27S-30 fighters. The first shipments of this very modern machine began in the 1991 year - the 24 fighter went to China in exchange for a barter supply of products and goods of light industry. In 1996, a contract was signed for the supply of 200-like aircraft, with the assembly of machines to be carried out in China. It was delivered about 100 machines, after which the purchases stopped, as the Chinese began to believe that the fighter did not suit them in the supplied modification (and they probably thought they could make it themselves). Based on the Su-27SK, they developed a local modification - J11B, which was equipped with Chinese electronics. It was originally planned to equip the fighters with their own WS-10A “Taihang” engine, however, they still have not been brought to mind, and are distinguished by extremely low reliability and resource, compared with the Russian AL-31F. As a result, cars began to be produced, equipping them with power units supplied from the Russian Federation.

In addition, from 2000 to 2004, the Chinese Armed Forces received 73 Su-30MKK and 24 Su-30MK2 - these fighters are a two-seat version of the Su-27, which have great capabilities when attacking ground targets. China also created a local modification of the aircraft - the J-16, which has the same problems as the J-11B. Moreover, neither one nor the other aircraft in serious quantities has been produced yet - the basis of the fighter aviation China are Russian cars and their modifications.

As you can see - the situation is even worse with the copying of fighters than with the air defense system - 23 of the year has passed, and China has not had a decent aircraft engine, and so far has not.

LAW C-400, at the moment, is the most advanced air defense system in the world. At the moment, the maximum range of the complex is 250 km, but soon the 40H6Е rocket with a target range of up to 400 km and an altitude of 185 km will be adopted. The system has serious capabilities for the implementation of missile defense. Deliveries in the global market will begin no earlier than in 2016, while C-400 is actively adopting the Armed Forces of the Russian Federation.

Based on the experience of supplying C-300, it can be concluded that to copy even more complicated C-400 China will need at least as much time - the same 20 years. And during this time, the Russian Federation will have a noticeable time to arm itself with even newer C-500, capable of intercepting missiles in near space (the anti-missile has already been successfully tested this year).

The same applies to the generation fighter 4 ++ - Su-35С. If, as far as electronics and airframes are concerned, the Chinese have succeeded well, then the problem with the engines has not gone away. But the copying of the power plant AL-41F1С, which has a unique and the only in the world system of all-angle deviation of the thrust vector, can be a generally overwhelming task. In addition, while the Chinese military will be busy copying the aging technology of the 4 ++ generation fighter aircraft, the Russian Federation will begin to replenish its troops with the 5 generation machines developed by the Sukhoy PAK FA design bureau in several years.

From all of the above we can draw the following conclusions:

1) Modern technology can not be instantly copied, and require many years of work.

2) Copying is always behind.

3) A copy, often, worse than the original.

Accordingly, the fears associated with future contracts have no serious grounds. If China really wants to become a competitor of the United States and the Russian Federation in the arms market, then it should start developing its own projects, as the USSR did in its time, using American and German technologies in aircraft and rocket production in the postwar years as an impetus for the development of its military-industrial complex. In the meantime, the sale of weapons to China is only a good way to earn money to create new weapons for the Russian Armed Forces.