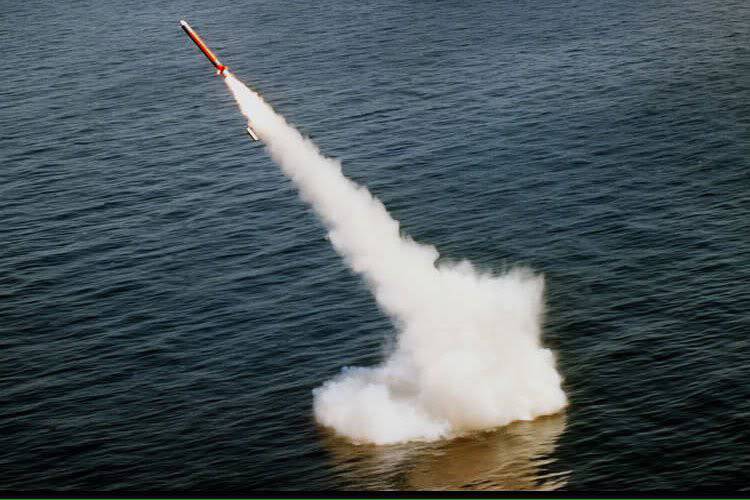 The US President Barack Obama, speaking at the 69 session of the UN General Assembly, called Russia's actions the main threat to the world, more terrible than international terrorism and Islamic fundamentalism. His attacks on the Russian Federation were frankly hysterical and inadequate. What made the president of the strongest country in the world so worried?

One such reason could be the information that the new Russian sea-based cruise missiles, the deployment of which Putin announced at a recent meeting in Novorossiysk, "nullify" American power and nullify Washington's military superiority in the huge geopolitical region from Warsaw to Kabul, from Rome to Baghdad.

On September 10, Russian news agencies reported to urbi et orbi that President Putin personally headed the Military-Industrial Commission, which until then was under the authority of the government, and ordered a new version of the Russian Military Doctrine to be prepared by December 2014.

The President proposed to discuss in detail what weapons systems need to be developed in order to successfully repel new threats. At the same time, Putin called the high-precision weapon. He stressed that in the coming years it is necessary to ensure the breakthrough development of all components of such weapons.

In addition, the head of state said that it was necessary to "create unified samples of weapons and equipment, general-purpose equipment" and stressed that the Russian navy needed to develop new ship projects - "universal in armament, control systems and communications."

The head of state substantiated this by saying that Russia was forced to respond to new threats to its own security. “The creation of a missile defense system is well underway. There is no success on the negotiation track. Moreover, corresponding systems are being created in Europe and Alaska, that is, close to our borders,” he said. The president also added that a so-called global disarming strike.

“There are other things that worry us very much,” Putin noted and mysteriously hinted at some unpleasant “surprises” for “our western partners.” “The main thing is to have no tantrums later,” he finished caustically.

At first, few people paid due attention to these strange words about hysteria. Most of the assorted analysts and political scientists, notebook interpreters and interpreters of everything in the world perceived this Putin's passage as a simple figure of speech, ordinary political rhetoric designed to demonstrate to the West, led by Washington, the decisiveness of our president in upholding Russia's national interests. And only a few experts took his words about “surprises” and “hysteria” seriously. But while these “few” wondered what our uncle Vova had prepared for surprises for their “Uncle Sam”, the situation began to clear up on its own.

On September 23, Putin arrived in Novorossiysk to hold a meeting on port development. At this meeting, Admiral Vitko reported on the progress of the construction of the Black Sea base Fleet in Novorossiysk. In particular, the admiral said: "The submarines that will be based here have long-range cruise missiles, and the secrecy of the submarines' exit from their bases in Novorossiysk is an order of magnitude higher than in Sevastopol." And when the president asked what kind of range these missiles had, the Black Sea Fleet commander replied: “More than one and a half thousand kilometers. The submarine pier area holds eight submarines, but so far it is planned to have seven. At the end of 2016, everything will be completely completed. ”

This dialogue was shown by all central TV channels, all the country's news agencies wrote about it.

“Well, what's wrong with that?”, Asks an inexperienced reader.

In order to understand the scale of this “surprise”, we first need to say a few words about those submarines that will soon be placed in the Novorossiysk naval base. According to media reports, this is the submarine of the 636.3 project - a deep modernization of the so-called. "Varshavyanka".

"Varshavyanka" was the third generation of large diesel-battery submarines in the Soviet Navy. The first generation of these submarines - the 641 project - was called "glands", the second - 641B - "rubber bands", because It was the first domestic "dizelyuha" with a rubberized light body. In 1983, the third-generation submarines of the 877 project, called “Varshavyanka”, appeared because they were supposed to arm not only the Soviet Navy, but also the fleets of our allies under the Warsaw Pact. The current upgraded version of this submarine is operated under the code "project 636".

Initially, the Varshavyank ammunition did not provide for missile weapons at all. The development of cruise missiles adapted for launching from Varshavyanka began only in 1983, when the submarine of the 877 project was already part of the Soviet Navy, and the first demonstration of these CDs took place ten years later, in 1993- m At first, the cruise missile “Turquoise” was intended for the “Varshavyanki” of the 877 project, later - the “Caliber”, the maximum firing range of which, according to open sources, does not exceed 300 km.

"Varshavyanka" 877-th project since its inception has become the largest and most powerful non-nuclear submarine in the world, and subsequently - the only non-nuclear submarine in the world, equipped with rocket weapons. The rockets themselves, which are included in its ammunition, are the first in our fleet samples of cruise missiles fired from torpedo tubes with a diameter of 533 mm. Prior to that, of such torpedo tubes, only ballistic missiles 81Р, 83Р, 84Р and their modifications were used. In nuclear equipment, they were operated from the mid-70-s, and in the version of rocket-torpedoes - from the mid-80-x. At the same time, the range of their flight did not exceed 50 km.

And now the commander of the Black Sea Fleet reports to the President of Russia that henceforth these submarines will be armed with cruise missiles that can hit targets at distances of more than half a thousand kilometer!

If all this is true (well, the admiral does not lie to his commander in chief!), And the Russian gunsmiths managed to shove a cruise missile with a 533 km range into the dimensions of an 1500-mm torpedo device, then this is truly a breakthrough, outstanding achievement of the national defense!

Moreover, this actually means a complete collapse of the American military strategy and a qualitative change in the balance of forces in favor of Russia. For now any warship of the Russian fleet - not only the boat, but also the surface ship - become carriers of strategic missile weapons. Why strategic? Yes, because the equipment of such miracle-missiles with nuclear ammunition is only a matter of time and the political will of the Kremlin!

As for surface ships, a separate explanation is needed here. If these new long-range missiles really do not exceed the dimensions of the Caliber missile system - after all, it is installed on Varshavyanka - then they, naturally, can be included in the ammunition of any ship that is equipped with this complex. But the fact is that the “Caliber”, if desired, is easy to install on ALL the ships of the Russian Navy, from rocket boats to cruisers! The only question is the number of missiles, which, indeed, depends on the displacement of the ship. True, until now it was believed that the tactics and technical characteristics of the Caliber do not allow these missiles to be used either against ships or against ground targets at distances exceeding 300 km ...

And then - attention! - we are waiting for another surprise.

29 September 2014, the world media reported on the "Caspian Summit", which was attended by the heads of five Caspian states: Russia, Iran, Kazakhstan, Turkmenistan and Azerbaijan. The participants of this summit agreed on a political statement in which they for the first time unanimously fixed future agreements on the status of the Caspian Sea.

Vladimir Putin commented on this event as follows: “The main thing is that we have agreed a political statement in which the basic principles of five-sided cooperation in the Caspian Sea were first set forth. The agreements reached are in the long-term interests of all parties. ” He also said that the interaction of the five Caspian littoral states would strengthen security in the region, because the "five" agreed that the presence of "outside" armed forces would be excluded in the region.

Against this background, media reports that nine Russian missiles of the Buyan-M 21631 project will be in the Caspian flotilla of the Russian Federation. These brisk ships, equipped with water-jet engines, with a displacement of just 950 tons, if necessary, can even be based on the Volga, as they are specially designed as ships of the “river-sea” class. But most importantly, despite their small size, they are also equipped with a Caliber missile system with eight missiles in a vertical launcher.

Three of these ships are already in service, the rest must enter the fleet combat before 2018. But if we assume that they will be armed with “ordinary” missiles with a range of 300 km, then it is completely incomprehensible against whom Russia intends to use these weapons in the Caspian. One such missile is capable of sinking a destroyer, but none of the Caspian countries has and cannot expect ships of this class! And ground targets “ordinary” missiles will be able to destroy targets only in the territories of Azerbaijan, Turkmenistan, Kazakhstan and Iran, which is completely unnecessary today ...

But if we assume that the “Buyans” will be equipped with new long-range missiles, the same as the Novorossiysk “Varshavyanka”, everything will immediately fall into place.

The INF Treaty, signed by Moscow and Washington back in the distant 1987 year, still prohibits Russia from deploying land-based missiles with a range over 500 km. But this ban does not apply to sea-based missiles. And this means that nine “Buyans”, if they are armed with a new super-weapon, will be able to destroy by one volley up to 72 goals at a distance over 1500 km.

Given the size of the Caspian water area, which is now becoming a common “launch pad” for Buyan, it is easy to understand that their target will be a huge region of Eurasia. And if we add to this the rockets that will be placed on Varshavyanka in the Black Sea, it turns out that colossal spaces will fall under their scope. Warsaw and Rome, Baghdad and Kabul, the bases of the US 6 Mediterranean fleet and its strike ship groups, Israel and the lion's share of the southern coast of the Mediterranean Sea will be under the gun of the new Russian missiles.

And this is despite the fact that neither the Black Sea, nor, especially, in the Caspian Sea, the United States can deploy any forces to counteract this new unexpected “Russian threat”! On the Black Sea, the Montreux Convention of 1936 prevents this, and the leaders of the Caspian states have just said that they will not tolerate any foreign military presence in the Caspian region.

You can not say anything, Putin prepared our “American partners” a good “surprise”! The State Department and the Pentagon will think about something at their leisure.

PS Yes, again: something elusive tells me that this is not the last surprise ...