News of the project "Angara"

October 3 2014
29
July 9 at the Plesetsk Cosmodrome passed the first test launch of the new Russian launch vehicle Angara-1.2PP. Start performed the calculation of the aerospace defense forces. The rocket successfully completed the flight mission and showed its capabilities. In the future, it is planned to continue the tests, during which the existing missile deficiencies will be identified and eliminated. At the same time, several new projects are planned to be implemented, which in the future will simplify the operation of new launch vehicles of the Angara family. In the past few days there have been new reports on the progress of the project itself and related work. 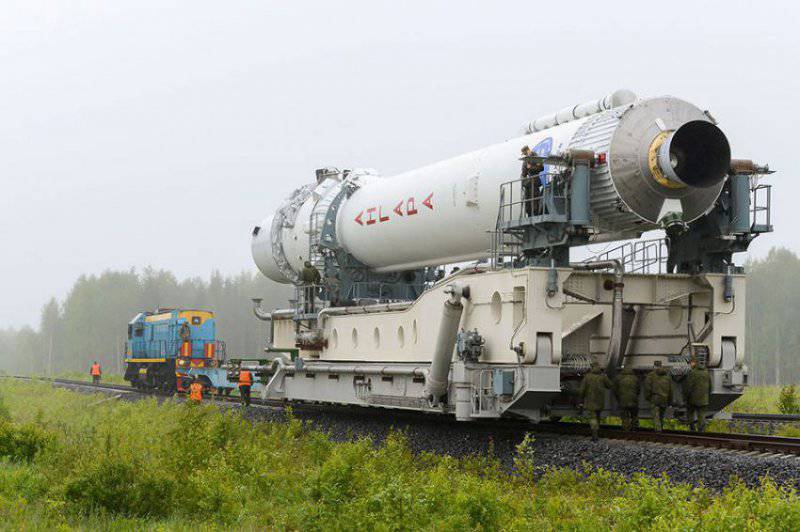 Currently, the main task of the space industry specialists is to test the heavy version of the Angara rocket. The first trial launch of this product is scheduled for the end of this year. A few days ago, the Interfax news agency, citing sources in Roscosmos, reported that the first launch of the Angara heavy version would take place no earlier than December 25. The exact test date will be determined by the Ministry of Defense, to which the Plesetsk Cosmodrome belongs. The source of Interfax clarified that the priority in the test program is a successful launch, and not the fulfillment of plans within the specified time frame. For this reason, in case of any serious problems, the launch may be postponed.

According to press reports, by the time of the first test launch of the heavy Angara, the Ministry of Defense will begin operating the new complex, which will reduce the negative effects of the operation of missiles. According to Izvestia, by the end of this year, the military will begin operating a system for detecting falling missile fragments. The complex created in GKNPTs them. Khrunichev, will quickly determine the area of ​​the fall of the fragments of the missiles and take appropriate action. In particular, this will allow emergency services to quickly arrive at the scene and, if necessary, to eliminate the fire or carry out other work.

According to Izvestia, the new complex has an original architecture. Its main component is an infrasound location station. Each station contains three modules with microphones that sense low-frequency sounds, data processing systems and batteries. The modules are proposed to be located at a distance of 3-4 km from each other. Batteries allow them to work offline for up to three years. The infrasonic location modules must capture the sound waves propagated by the falling missile fragments. By processing the received signals can be determined approximate area of ​​the fall of the fragments. After that, it is proposed to connect to the search the unmanned aerial vehicle "Orlan", which will allow to find the exact place of the debris falling and to determine the need to call emergency services.

The modules of the infrasound location system will be located in autonomous field support stations, which will include various equipment, as well as cars and all-terrain vehicles. The task of the field stations will be not only the placement of location modules, but also ensuring the safety of the local population. Specialists with the help of UAVs will find people in dangerous zones and evacuate them while the rocket is launched. According to Izvestia, the infrasound location system has already been tested and was used during the Angara launch in July. Thus, the military has already received a system that allows them to simplify the search for missile fragments and eliminate the possible negative consequences of their fall. 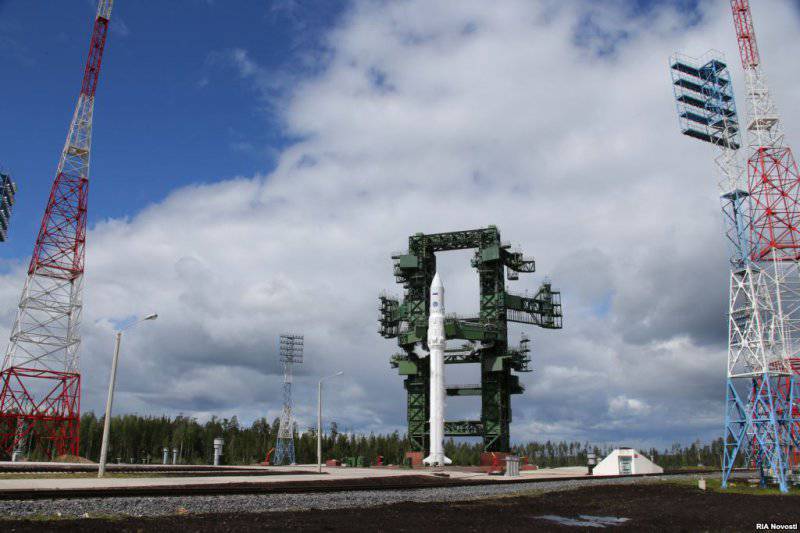 Currently, the launch complex for Angara launch vehicles is only available at the Plesetsk cosmodrome. In the future, launches of this type of missiles are planned to be carried out from two cosmodromes: the second launch complex will appear at the Vostochny cosmodrome. In late September, the head of Roscosmos, Oleg Ostapenko, said that the construction of the launch complex for Angara missiles would begin earlier than originally planned. Construction work on the new facility will start before the end of this year. Thus, the complex will be commissioned ahead of the previously established schedule.

In the future it is planned to make major changes in the process of building new launch vehicles. The governor of the Omsk region, Viktor Nazarov, in an interview for Rossiyskaya Gazeta, spoke about the upcoming transformations in the Angara missile building system. Currently, Omsk Production Association Polet produces only two stages of new missiles, but in the future it will start building rockets completely. PO Polet will become the base platform of the Angara project. This decision was made at the level of the leadership of the country and the space industry.

As part of the program to create a new family of launch vehicles, several additional projects are being implemented to help the operation of the new technology. Thus, it is planned to build a new launch complex, as well as create a network of station locations for detecting missile fragments. Nevertheless, the main attention of the public is attracted by the project itself to create missiles. In early July, the first launch of the Angara rocket took place, and another test flight was scheduled for the end of December.

It is noteworthy that the military department and Roskosmos regularly published information on the preparation for the first test launch of the Angara-1.2PP rocket. In the case of the launch of a heavy Angara-A5 rocket, the Ministry of Defense and the space agency are in no hurry to share information. For example, there is still no official data on the exact launch date, and the available information was obtained by the press from unnamed sources.

Nevertheless, some details of the upcoming launch are already known. According to some reports, the Angara-A5 rocket will perform the task characteristic of this class of technology. The light Angara-XNUMPP flew along a ballistic trajectory to the Kura range in Kamchatka, and the heavy Angara-A1.2 will have to put some kind of payload into orbit.

Thanks to the successful implementation of the Angara project, the national space program will receive several launch vehicles with various characteristics that allow them to perform a wide range of tasks. The basis of the new launch vehicles are the so-called. universal rocket modules. Each such module is a case with fuel tanks and a RD-191 liquid engine. By combining universal modules, a launch vehicle can be created with the necessary characteristics most suitable for solving a specific task.

The development of the "Angara" project has been going on since the mid-nineties, but in the early stages because of financial difficulties, the work went with serious difficulties. In particular, the first launch was originally planned for 2005 year, but in the end it was carried out only after 9 years. In addition, the actual cost of the project was significantly higher than originally planned. Nevertheless, despite all the difficulties, the project reached the stage of construction and testing of prototype rockets. The first launch took place in early July and was completed successfully. The second is scheduled for the very end of the year. If the tests are passed without much difficulty, then in a few years the Russian space program will receive several new launch vehicles capable of performing various tasks and launching a wide range of cargoes into orbit.