News of the project "Armata"

16 September 2014
277
Over the past few years, various military equipment from the Russian armed forces has taken part in parades on Red Square. Regularly, parades show new designs adopted recently. Next year it is planned for the first time to present to the public several new tracked combat vehicles, which are currently being developed. 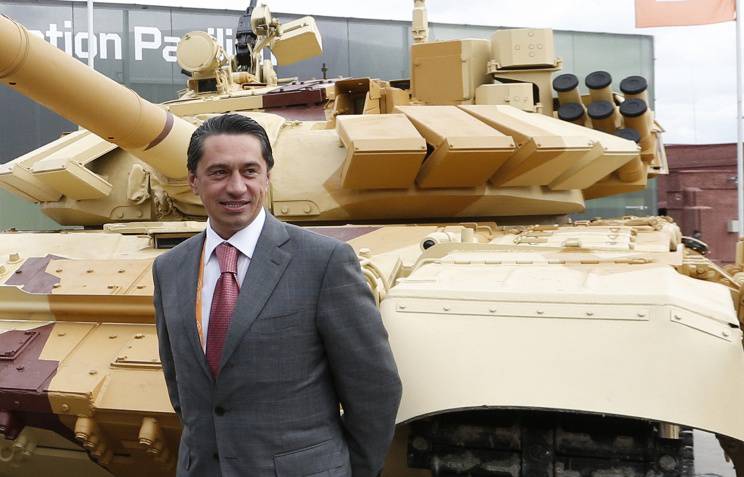 Oleg Sienko, Director General of Uralvagonzavod Corporation, spoke about the plans to demonstrate new technology to the ITAR-TASS news agency. According to him, on May 9, 2015, during the parade dedicated to the 70th anniversary of the victory in the Great Patriotic War, the first public display of equipment of the Armata family will be held. The area will be the main Tanks the new model, as well as several armored vehicles of other types, created on the basis of a common armored platform. The specific list of armored vehicles planned for display next year was not called.

The works on the new project of the universal platform are proceeding without any delays. Moreover, the general director of “Uralvagonzavod” noted that the creation of “Almaty” is proceeding somewhat ahead of the established schedule. In the course of testing prototypes of new technology, the characteristics laid down in the technical specifications of the Ministry of Defense are confirmed. Thus, 9 May next year on Red Square will be able to pass several new armored vehicles, built on the basis of a single platform.

A few days later, new information about the Armata project appeared. September 14 news agency ITAR-TASS, citing its sources in the Ministry of Defense reported that the supply of serial tanks "Armata" to the troops will begin in 2016 year. Prior to the start of deliveries of new technology, it is supposed to update the fleet of tank units by upgrading existing armored vehicles. So, by the end of this year, about 150 modernized T-72B3 tanks will be transferred to the troops.

The demonstration of the Armata tanks at the parade in 2015 year became known relatively long ago, back in the 2012 year. Since then, various information about the development of a new project has appeared, but plans to demonstrate the technology in Red Square remained in force. A few days ago, O. Sienko confirmed this. Before him, the last time the topic of participation of tanks "Armat" in the Victory Parade was raised in May of this year.

During the exhibition of weapons and military equipment KADEX-2014 (Kazakhstan), Deputy General Director of "Uralvagonzavod" for special equipment Vyacheslav Khalitov said that the company is preparing to fulfill the order associated with the upcoming parade on Red Square. By March, 2015, the UVZ corporation must build a lot of Armata armored platforms and Coalition-SV self-propelled artillery systems. The construction of this technology was organized in a short time.

From the words of V. Khalitov, it follows that by the spring of next year, the party of Armata armored vehicles and the Coalition-SV self-propelled guns, intended for demonstration at the parade, will be built. At the same time several months earlier, at the end of 2014 - the beginning of 2015, it was planned to transfer to the Ministry of Defense a batch of prototypes of promising equipment. From this it follows that at present Uralvagonzavod is engaged in the construction of two batches of new military equipment at once.

The project of the universal platform "Armata" has been developed for several years, but so far all the available information about it is extremely scarce. It is known that in the course of the new project it is planned to create a universal chassis that can become the basis for armored vehicles for various purposes. The first plan is to develop the main tank and establish its mass production. In addition, the family of vehicles will include a heavy infantry fighting vehicle, an armored recovery vehicle, self-propelled artillery installations and other types of equipment.

The highest priority currently has the project of the main tank on the basis of "Almaty". In recent years, some information about the appearance of this car has become public. So, it is known that in the project of a prospective tank it was decided to abandon the classical layout of the internal units of the hull. In addition, the entire crew of the combat vehicle will be assembled in a single manned volume, isolated from the crew compartment. In this regard, the tank will be equipped with a combat module with remote control.

Of great interest is the armament complex promising tank. It is known that the caliber of the gun used will remain the same - 125 mm, however, according to some data, it was decided to abandon the mastered 246М gun in favor of the newer 2X82. However, in the absence of official information, this assumption may not be true. The use of an uninhabited fighting compartment leads to the need to create automatic loading and a number of auxiliary systems. In addition, this feature of a promising tank will affect a number of features of its appearance.

In mid-June of this year, the management of Uralvagonzavod revealed some details of the Armata project. It was argued that in the course of the ongoing tests, the new equipment confirms the declared characteristics, which allows it to work in accordance with the previously established schedule. Technical details of the project were not disclosed.

Creating a new military equipment is quite a challenge, which may require a lot of time to solve. Nevertheless, as follows from the statements of the management of the corporation "Uralvagonzavod", the creation of a universal platform "Armata" goes without any serious problems, so that the new equipment can be demonstrated next year. The only cause for concern is the deadline for completing the tests and fine-tuning the new tank and other vehicles of the family. These works may take several months or several years. However, the latest information on the progress of the Armata project allows us to hope for the best and wait for 9 on May 2015 of the year when tanks of the new model will be shown to the public for the first time.