Billions of dollars to the wind 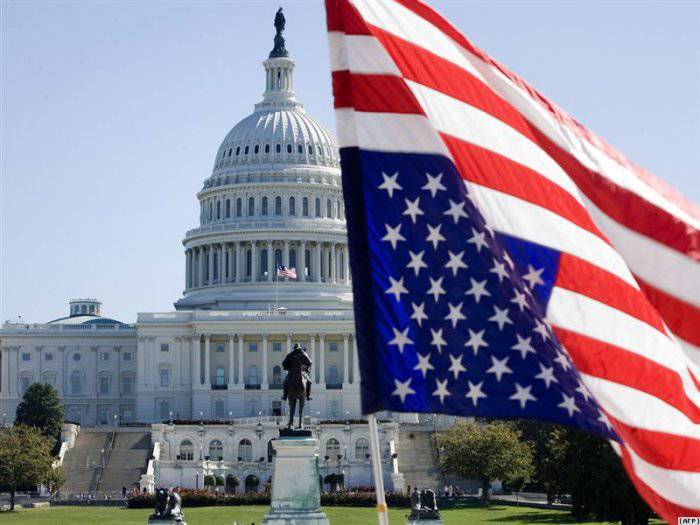 The United States wasted 34 billion dollars, which went into servicing private contracts, during protracted wars in Afghanistan and Iraq. This was reported by the Wall-Street Journal, referring to these studies, explaining that they are still being finalized, but will soon be presented to the US Congress. ” As a source familiar with the draft of this report told the publishing house: “the document contains the conclusions of the two-party commission and should be completed soon.”

The commission on military contracts, analyzing these data, has offered a better look at the abuses that have been allowed when using contract money during a war in Iraq and Afghanistan for over a decade. Many programs have spent more than 200 billion dollars in grants and contracts.

According to the documents, for the payment of services and various projects to various contracting organizations allocated huge funds from the budget, which as a result turned out to be useless. An example is the program to stimulate and develop agriculture in the Republic of Afghanistan. The main focus of the program was subsidizing the farm and preventing the villagers from hiring to richer neighbors. On this program, America had to spend 300 million. Another reason for the leakage of funds is the security agencies that were hired by the US authorities to assist in the work of their civil servants. In addition to fulfilling their direct duties, they were engaged in criminal activities in Afghanistan, which lowered the reputation of the American army in this and other countries around the world.

A source who chose to remain anonymous made a statement that sometimes the United States of America received wages of more than 200 thousand contractors in Afghanistan and Iraq — more than the number of US troops currently deployed in these countries. More specifically, it is less than 100 of thousands of US troops who are in Afghanistan and less than 46 of thousands of troops in Iraq.

The investigation commission’s efforts are also hampered by the fact that it’s not possible to find out the exact numbers in this situation with private contractors in Afghanistan and Iraq: some contractors involved subcontractors who worked with temporary workers respectively, the source said.

The commission verbally accuses the administration of US President Barack Obama that there was no oversight by federal agencies over the use of budget funds. As a result, the military budget, which is approved for 2012 year in the amount of $ 690 billion, may be revised or cut. However, according to the analytical department of the Fibo Group, if the United States reduces the country's military spending, it will not mean that a reduction in the cost of maintenance and related services for the troops is coming. If the US government decides to cut military programs, this will primarily affect the size of the US Army in other countries. There will also be a reduction in other expenses, but this will remain almost imperceptible. Most likely, such expenses will remain the same in future US military operations, since it is very difficult to track all expenditure items with such global funding.

Meanwhile this news turned out to be a very unpleasant event for American politicians, and first of all the Democrats. The country began a heated debate on the subject of budget cuts, which became a stumbling block on the way of approving averting default and raising the level of public debt. Therefore, evidence of useless and inappropriate expenditures can deal a strong blow to the positions of the US president, who is trying to negotiate with the Republicans about the amount of cuts in budget spending.

The topic of expenditures on military operations in the framework of the budget issue has been heard far from the first time. For example, when the Libyan conflict cost the country hundreds of millions of dollars. However, looking from the economic point of view, 34 $ billion was spent while conducting military operations in Iraq and Afghanistan is in no way threatening the administration of the US president, said M. Korolyuk, head of the investment management and analytical support department at IFC Solid. From a political point of view, it may also threaten something, although the bulk of these costs fell on the period of Bush’s rule. At the moment, the US government needs to save $ X billion per year in 500, so 34 $ billion would not change the situation, said Nikolai Solabuto, who manages the assets of FG BKS.

The US military intends to withdraw its troops from Iraq by the end of this year. It seems that the United States agrees that military spending needs to be cut by any means, but analysts say the country is unlikely to go for it. Roman Tkachuk, head of the analytical department of RIC-Finance, said: A reduction in military spending would help the United States to stabilize the situation with public debt.
Ctrl Enter

We are in Yandex Zen
Burden of abuse
The Pentagon intends to preserve the power of the US Army
Add a comment
Information
Dear reader, to leave comments on the publication, you must to register.