Russia's military doctrine will be refined 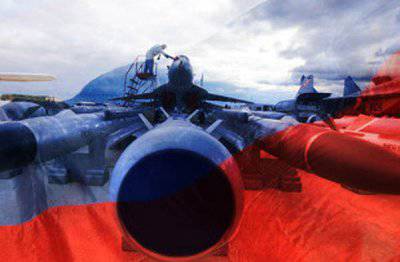 The recent events in the international arena have led to a serious change in the military-political situation in the world. There are new threats, and the old have undergone some changes. To ensure the security of the country, the existing Military Doctrine will be finalized in the near future. A special working group has been formed under the Russian Security Council, which will have to prepare proposals for amendments to the existing doctrine. Complete the change of the main defense document is expected by the end of this year.

The planned introduction of adjustments to the Military Doctrine became known from the interview of the Deputy Secretary of the Security Council Mikhail Popov for the RIA news agency Newspublished September 2. M. Popov noted that the existing Military Doctrine provides for its change in the light of new threats to the state’s security, and now there are serious reasons for such changes to appear. The tendency of the development of the military-political situation in recent years, as well as the peculiarities of modern armed conflicts, require the elaboration of the existing Military doctrine.

The details of the changes that will be made to the doctrine, while for obvious reasons, remain unknown. The finalization of the document will be completed by the end of the year, but at present, experts have only just begun to analyze the military-political situation in the world and the prospects for its development. Nevertheless, it can be assumed that the updated Military Doctrine will take into account the threats associated with the latest events in the Middle East, Eastern Europe and other regions of great interest to Russia.

The current Military Doctrine of the Russian Federation was approved by presidential decree in February 2010. This document identified the main means and methods of ensuring the security of the country, as well as a list of possible threats. For example, unfriendly NATO actions, attempts to destabilize the situation in individual countries and regions, deploying or building up armed groups in the vicinity of Russian borders, building and deploying missile defense systems, territorial claims, violation of international agreements, international terrorism were classified as major external dangers and threats. etc.

The current Military Doctrine also defines the main tasks of the state’s military policy. Its objectives are to prevent an arms race, deter possible adversaries, prevent armed conflicts, as well as improve the structure of the armed forces, their equipment and strategy. In general, the main task defined in the Military Doctrine is to ensure the security of Russia and its allies. For example, the document provides for active cooperation with other states within the framework of the CSTO, CIS and SCO organizations.

In addition, the Military Doctrine has sections defining the role, goals, and methods of work of the armed forces; a policy of deterring likely adversaries; the development of the armed forces in terms of organization, strategy and equipment; military planning; various aspects of military-economic security of the state; features of cooperation with other states or organizations, etc.

Thus, the current Military Doctrine of the Russian Federation describes all the plans and intentions of the state aimed at ensuring its security. At the same time, the document has a separate paragraph, which speaks of the possibility of its refinement in connection with the emergence of new threats or changes to existing ones. As follows from recent reports, the country's leadership decided to take advantage of this opportunity and make adjustments to the doctrine in force with the 2010 of the year.

It can be assumed that the working group under the Security Council will develop a list of amendments to the Military Doctrine, taking into account the events that occurred after its adoption. Thus, the updated document will take into account all the events of recent years that have troubled official Moscow and influenced the military-political situation in a particular region.

The reason for innovations in the Military Doctrine may be the events of the so-called. the Arab Spring in the Middle East and North Africa; recent conflicts in Syria, Iraq, and the Gaza Strip; and other armed conflicts. In addition, the document will need to take into account certain actions of foreign countries, such as the deployment of missile defense systems in Eastern Europe, the complication of the situation in the Pacific region, as well as recent events around Ukraine and the Crimea. All these events and plans of other states can negatively affect the international situation, and also can threaten the security of Russia.

The military-political situation in the world is constantly changing, showing new risks and threats. Since the approval of the current Military Doctrine, the situation in the world has changed significantly and now the main defense document does not fully meet the requirements of the time. To eliminate such shortcomings, the doctrine will soon be finalized. Its updated version will be ready for the start of 2015.