Why does Russia need a nuclear fleet? 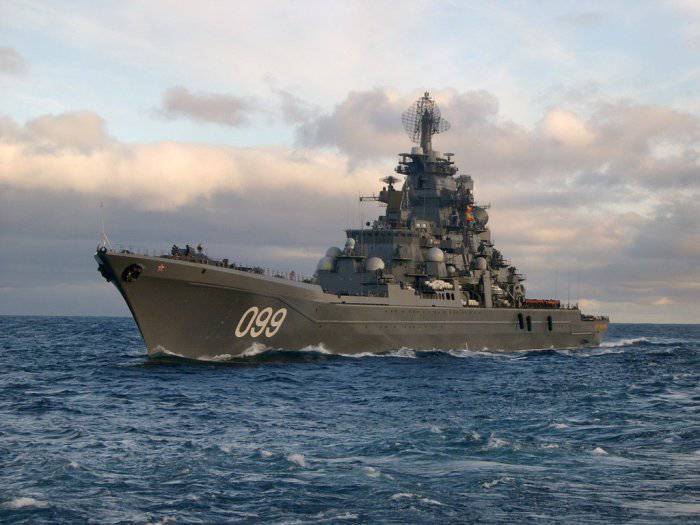 Last week was marked by a number of statements by the leaders of the Ministry of Defense and the defense industry of Russia. President of the United Shipbuilding Company (USC) R. Trotsenko during the International Naval Salon in St. Petersburg said: “To the Russian the fleet aircraft carriers needed. ” In 2016, USC will begin designing such a ship. The first Russian aircraft carrier to be built in the new millennium will begin in 2018, and already in 2023 it will be launched.

Discussions about the design of new domestic aircraft carriers have been going for about two years. But the statements of the naval and industrial leaders contradict one another. That aircraft carrier is absolutely not needed, it is needed - but only in the future. You need to build two or three super ships, and literally in a week they say that you need five or six. In general, apart from contradictions nothing concrete is said.

At the end of 2010, Admiral Vysotsky, commander-in-chief of the Navy, said that development work was now under way on a plan to build a new domestic aircraft carrier. And that he is about to be ready. However, soon, the Minister of Defense A. Serdyukov announced: his department does not have the funds to build aircraft carriers.

From a similar leapfrog, one can only understand that no one disproves the need for aircraft carriers. But so far there are various judgments about when and which aircraft carriers to build. R. Trotsenko believes: the aircraft carrier must be exclusively nuclear and have a displacement of 80 thousand tons. Here you need to notice that the construction period in 5 years for such a giant looks simply unrealistic. To ripen years for 7!

Today, aircraft-carrying cruisers are needed to ensure the combat stability of diverse strike forces. In other words, surface squadrons. It's no secret that ships deprived of an aviation “umbrella” do not live long in the ocean war. More than that, strength aviation required to provide greater survivability of the submarine fleet. Including - during the deployment of submarine missile carriers of the marine strategic nuclear forces (SNL). This task is undoubtedly the most important for an aircraft carrier. As Admiral Vysotsky pointed out, without air cover, “the combat stability of the Northern Fleet’s missile submarine cruisers will be reduced to zero already on the 2nd day.”

The benchmark aircraft carriers will need 2-3 for the Northern and Pacific fleets. In particular, while one carrier group is on duty in the ocean, 2-i is preparing to change it, and 3-i is undergoing scheduled maintenance.

Almost all military analysts suggest that the national 11437 plan, Ulyanovsk, will be taken as the base of a modern nuclear aircraft carrier. This 75-thousand-ton ship was launched for scrap Ukraine in 20% readiness.

It still seems to us: in the event that something is left from “Ulyanovsk” in the new plan, then only a general dimension. There is a lot of water under the bridge, and the requirements have changed a lot. The newest aircraft carrier should be barely noticeable - in other words, to have lined sides, superstructures with a minimum of protruding parts, characteristic of "stealth-ships". He must carry air defense and missile defense. It will not have long-range anti-ship missiles - they will be enough for escort ships. And let the aircraft carrier carries a greater number of aircraft, fuel and ammunition for them. It seems that the aircraft will be completely different than planned in the tasks for the requirements. Apparently, it will be the ship's version of the X-NUMX fighter generation T-5.

It is also completely clear that his power plant will not be a steam turbine. A similar one is now installed on our so far the only aircraft carrier Admiral Kuznetsov. With her there was a lot of trouble and neither the fleet, nor the shipbuilding industry wanted to repeat the problems. Consequently, the choice will have to do between the gas turbine and nuclear power plants.

All the same R. Trotsenko indicated: in addition to the nuclear aircraft carriers in the Russian Federation, it is planned to build the first atomic destroyer. Apparently, it was decided to reanimate the idea of ​​a “domestic atomic squadron” at a new historical turn. It turns out or not - a difficult question. Considering that the new domestic corvettes being built are absolutely caught up with frigates in displacement, and those, in turn, are able to argue with destroyers, we can assume: the newest destroyer will significantly grow and catch up with the cruiser. This all means only one, the future main attack unit of the surface fleet will become a huge warship with a displacement of 10-12 thousand tons, loaded with numerous launchers of cruise, anti-ship, anti-aircraft and anti-submarine missiles.

Will our homeland pull the construction of 10-12 atomic super-ships, several atomic aircraft carriers, dozens of atomic and diesel submarines, 25 frigates and 40-50 corvettes of various sizes? Even over two decades? Nevertheless, it seems that this plan of the “atomic supersweeper” will give way to a more moderate gas-turbine ship of somewhat smaller dimension and price. And the head of USC simply voiced his wishes.

At one time, in 1962, the Caribbean Crisis gave a strong impetus to active measures to speed up the deployment of intercontinental BRs. The creation by the “probable enemy” of the boundary-level stationary lighting systems for the underwater situation nullified the potential of SSBNs with a range of 1500-2500 km. In 1963, the Commission on Military-Industrial Issues (MIC), at the direction of the political leadership, sets the task of creating an advance design of the D-9 missile system with a liquid missile of considerable firing range and doing its deployment on the submarine. SKB-385 (now JSC “Municipal Rocket Center named after Professor VP Makeyev”) was chosen as the developer of the advanced design of the Republic of Kazakhstan. The design studies of the submarines are assigned to TsKB-16 and TsKB-18, and the surface carrier TsKB-17. For the first time in Russian practice, to address the fundamental issues of the system "weapon - carrier ”involved the head institutions of 3 departments: TsNII-88, Ministry of Defense; CRI-45 and CEMNI-1 Minsudprom; 1, 24 and 28 institutions of the Ministry of Defense, Navy. At the end of 1963, the research and development project "Design and research work to justify the ships of the fleet with the RC D-9" was completed. TSNII-45 recommended: the range 9000 km, the number of missiles 16-24, single-atomic submarine, power 40 mW. The main designer of Kazakhstan V.P. Makeev recognized these results as convincing and invited the institute to join the participants in the development of the advance project. But developer rivalry is not only a sign of a market economy. It was among the submarine designers as well as between the creators of the rockets VN Chelomey, V.P. Makeev et al. There was no necessary experience in designing naval missiles for submarines with a launch from under water. Offered mainly by existing ICBMs. S.N. Kovaleva: “At one of the meetings, V.N. Chelomei addressed me with a proposal to accept a rocket for a submarine, the length of which is commensurate with the length of the submarine, and it should be started up by placing the submarine vertically (“ pop ”). Of course, I said that this is unreal. " After that, the metropolitan OKB-52 (Head V.N. Chelomei) proposed to install a modified UR-100 ground-based solid-fuel rocket (distance range 11000 km) on the submarines and surface ships, but the mass-dimensions were more approximately 1,5 times than the D- 9, dry start from the transport and launching cup with a gap between it and the mine ~ 0,5 m.) The authority of the OKB and personally V.N. Chelomey were so high that the military-industrial complex laid out to work on this option, at the same time in various versions (submersible launch sites, diesel-electric submarines and a surface ship). Behind the leading institutions - the comparison of options and tips. Specifically, this "undeclared tender" and became the scene of collisions firmly different judgments. The surface version was dropped by itself for obvious reasons. The opponents remained the Central Research Institute-88, which is in the same department with SKB-385 and OKB-52. After burning discussions, it became obvious that the Central Research Institute-88 would not insist on the sea registration of the Ur-100.

As a result, at a meeting of the Defense Council by the political leadership who had penetrated into the technical nature of the issue, it was decided to follow the path of creating the Republic of Kazakhstan D-9 on the basis of a liquid-fuel rocket in the V.P. Makeev, which was later implemented on the 667B “family” of SSBNs - the current basis of domestic NSNFs.

After long discussions, the decision was made - to build the SSBN of the 941 and 667BDRM projects simultaneously. A little more than 10 years have passed and the submarine of the 667BDRM project will be the basis of the current NSNF, having passed a proper modernization in order to extend the service life and increase combat effectiveness. Popular wisdom says: "it is impossible to enter the same river twice." But there are no rules without exception. In the mid-nineties, the question of developing a new (4 generation) SSBN based on a solid-fuel rocket, unified with the ground version with a dry start from the transport and launch cup, again arises. Now this option is well covered in the media and the statements of the heads of the Defense Ministry, Navy, etc. It is a Borei-type SSBN with a Bulava-30 rocket.

The idea of ​​an entirely atomic carrier-based squadron has long and firmly possessed the minds of the admirals of the leading fleets. The United States military at one time built nuclear cruisers with which they hoped to cover nuclear aircraft carriers. Atomic frigates were also planned. However, it turned out that small ships, less than 12-14 thousand tons of displacement, the atomic reactor does not give any superiority. The substantial weight of the reactor and its protection is eaten up by the gain that was generated due to the absence of fuel tanks. As a result, the United States abandoned the "overwhelmingly atomic squadron" as a utopia, and the atomic cruisers were completely written off.

We are in Yandex Zen
"Svetlana". History of creation
Admiral Gorshkov aircraft carriers
5 comments
Information
Dear reader, to leave comments on the publication, you must to register.