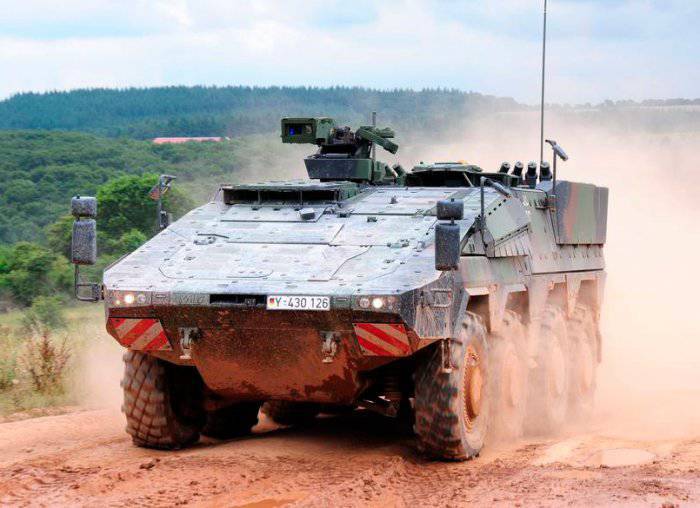 The program to create a multi-purpose armored vehicle ARTEC MRAV (Multi-Role Armored Vehicle), as well as many other European armored vehicles, has a very interesting history. Develop a combat vehicle began three countries - France, Germany and the UK. The first one later withdrew from the project and went her own way, starting to develop a new VBCI BMP, which should replace the tracked AMX-10P BMP in service with the French army. Germany and Britain did not need an infantry fighting vehicle. They needed a multi-purpose vehicle that could solve various tasks, including an armored personnel carrier and a command and staff vehicle. In the UK, this car was named MRAV, and in Germany - GTK (Gepanzertes Transport Kraftfahrzeug) or Boxer. In 1999, both countries signed a contract for the development of MRAV with the newly formed concern ARTEC (ARmoured TEChnology), headquartered in Munich. It includes German companies Krauss-Maffei-Wegmann, Rhinemetal Landsystem and the British Elvis Wickers. The Netherlands later joined the project. The process of developing prototypes, as is often the case, took a long time, and the first sample appeared only in 2001, and in 2003, the UK decided to leave the program. 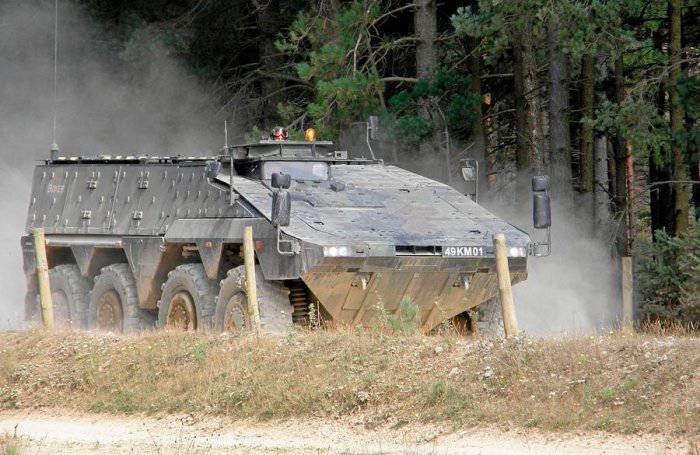 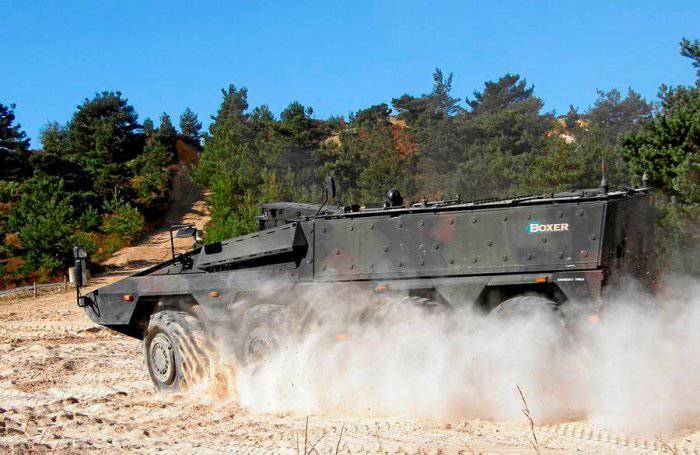 After lengthy tests, the Boxer armored personnel carrier was adopted by the armies of Germany and the Netherlands, while the countries ordered 272 and 200 vehicles, respectively. The layout of the Boxer armored personnel carrier is very unusual. The car as it consists of two parts: the chassis with the engine-transmission compartment and the control compartment, and a specialized module in the stern, which, if necessary, can be undocked. 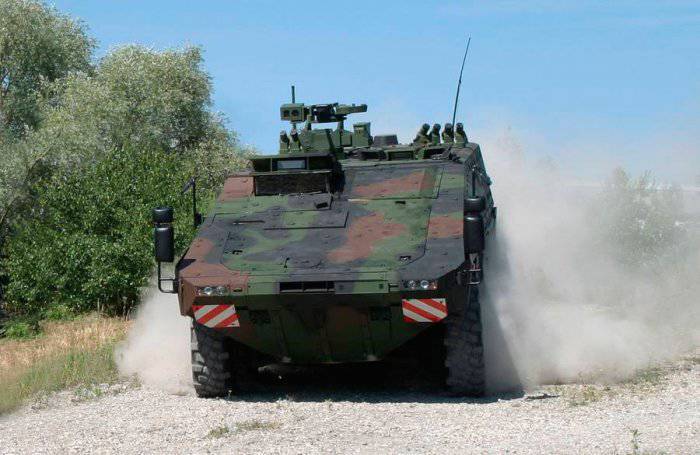 The Boxer armored personnel carrier is capable of speeding over 100 km / h on a highway. 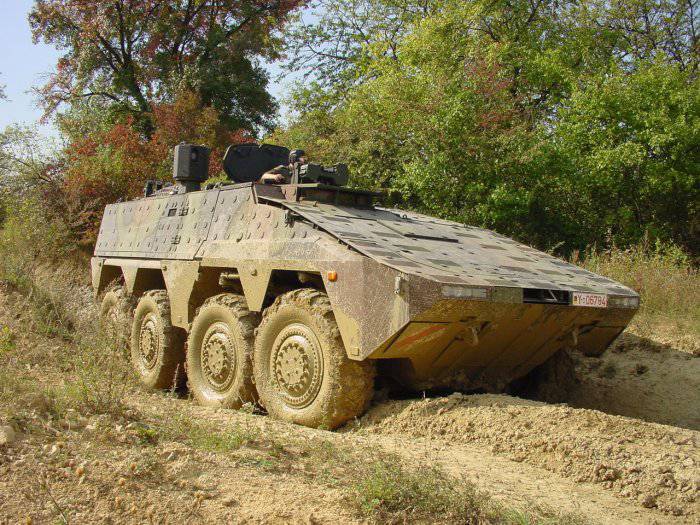 Boxer has a good maneuverability for cars of its class. 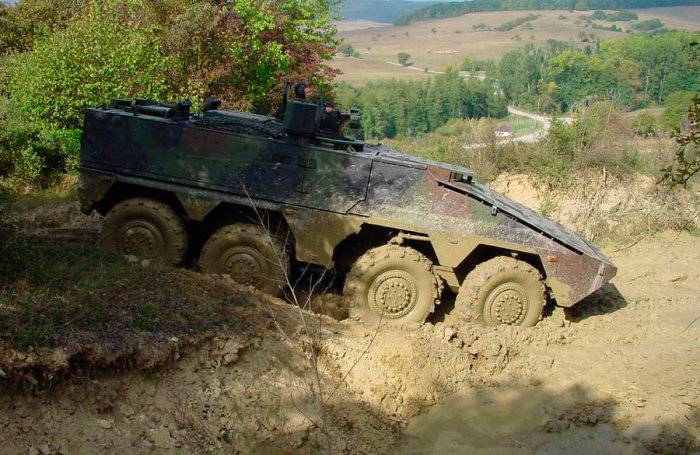 The Boxer armored personnel carrier is the result of the cooperation of two countries at once: Germany and the Netherlands

A characteristic feature of the Boxer is a high degree of protection against small arms. weapons, shell fragments and mines, as well as anti-tank mines. The machine is also equipped with a system of protection against weapons of mass destruction. The design of the case uses elements of the stealth technology, including reducing the thermal and acoustic signatures. 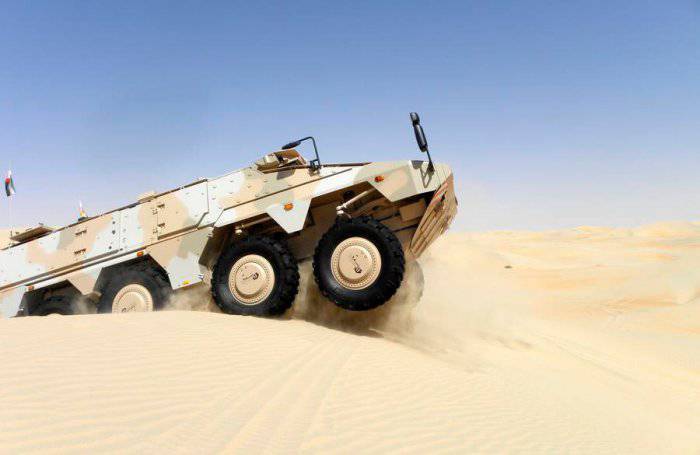 When creating the Boxer, the developers tried to use to the maximum the units and units tested and in production, including the engine, transmission and other components of the engine-transmission group. 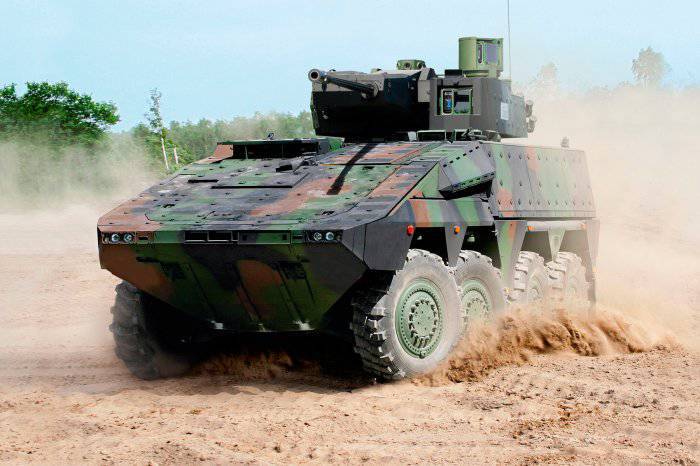 Modification Boxer IFS, armed with 30-mm gun. In contrast to the base model, this version of Boxer by some experts belongs to the class of infantry fighting vehicles. 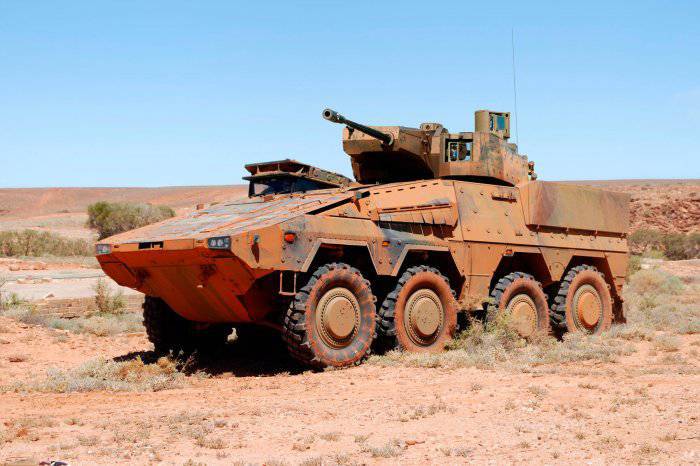 To reduce the cost of production and maintenance when creating the Boxer armored personnel carrier, the most tested and in-process components and assemblies are used, including the engine, transmission and other components of the engine-transmission group. The basic modification of the vehicle has a crew of three (commander, gunner and driver) and can carry six fully equipped infantrymen, as well as inventory for 1-2 days. The landing is dismounted through the stern ramp. The machine is armed with an 40-mm automatic grenade launcher and a 12.7-mm machine gun mounted on a carriage with a remote control. Installation of weapons on the carriage allowed to reduce the height and weight of the machine, as well as free up additional space inside the building to accommodate additional personnel or property.

The Boxer armored personnel carrier is also equipped with various types of night vision devices, a centralized tire inflation system, power steering and anti-lock braking system. Developed several specialized modules for the machine. In particular, the United Kingdom and the Netherlands ordered an armored medical vehicle to provide first aid to the wounded on the battlefield and to evacuate them to the rear. This module will have a higher roof for increasing the volume and convenience of the medical staff. In addition, a mobile communications center and an electronic warfare machine, a conveyor for the carriage of goods, reconnaissance, command-staff and repair and recovery vehicles have been developed.

We are in Yandex Zen
Overview of armored transporters and infantry fighting vehicles (Part of 3)
10 best armored vehicles from the Discovery Channel
11 comments
Information
Dear reader, to leave comments on the publication, you must to register.