July 21 2014
18
At a recent exhibition of armaments and equipment Eurosatory-2014, the European company Airbus Helicopters (formerly Eurocopter) showed a model of its new helicopter. A full-size mock-up of the EC645 T2 machine was delivered to the fairground. The new helicopter project is a further development of the Eurocopter EC145 and UH-72 Lakota rotary-wing aircraft. The design of the new helicopter used several new technical solutions aimed at improving performance. As a result, the Airbus EC615 T2 helicopter can perform both transport and combat missions. 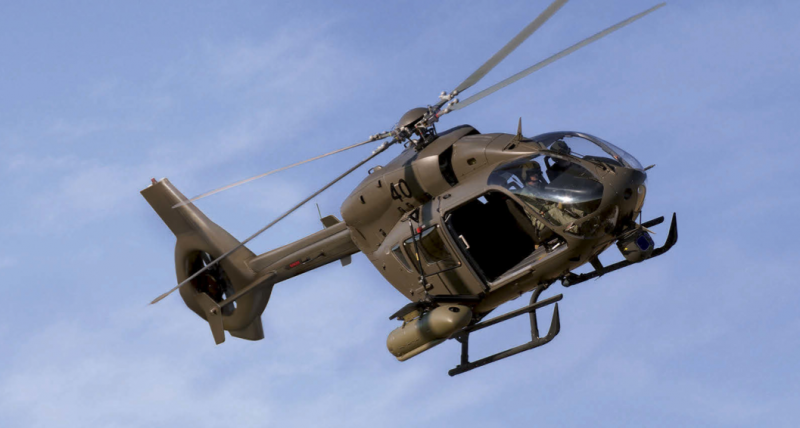 EC145 and UH-72 vehicles were taken as the basis for the new helicopter. Thanks to this, the EC645 T2 has a fuselage of a characteristic streamlined shape with large frontal glazing. The layout of the fuselage also remained the same. The bulk of this unit is given under the cockpit and space for passengers or cargo. Above the cabin there is an engine compartment, covered with a large casing. From this casing there is a four-bladed main rotor hub. Like the base helicopters, the new EC645 T2 has a relatively thin tail boom. To improve the performance, a promising transport-combat helicopter received a so-called. fenestron: steering screw placed in the annular channel. The cover of the screw is the basis for the tail. The helicopter is equipped with a ski chassis.

The EC645 T2 helicopter is equipped with two Turbomeca Arriel 2E turboshaft engines with an 770 horsepower. In takeoff mode, the engines develop power up to 894 hp. If one of the engines is damaged, the remaining for two minutes can develop power up to 1038 hp. It is also allowed to “accelerate” the engine to 1072 hp, however, in this mode it can work only 30 seconds. To control the operation of the power plant on a helicopter, it is proposed to install a digital control system (FADEC). Through the use of such a system, it is possible to optimize the operating modes of the engines and increase their power. The actual increase in power is declared at the level of 25% when both engines are running and 45% when using one. It is alleged that such a power plant allows the helicopter to reach speeds of up to 265-270 km / h. Flight range - to 660 km. Practical ceiling - 3 km.

The new EC645 T2 helicopter turned out to be quite compact. Its dimensions and weight remained approximately at the level of the base machines used as the basis for it. The total length of the vehicle (including the main rotor with a diameter of 11 m) is equal to 13,6 meters, the length of the fuselage - 11,7 m, width with the side suspension - 2,8 m, height - about 4 m. The maximum take-off weight of the helicopter reaches 3,65 tons. The dimensions and weight of the helicopter will allow it to be transported by a promising Airbus A400M military transport aircraft. The maximum payload is up to 1,72 t. It can be weapon or up to 9-10 people. The crew of the EC645 T2 helicopter consists of one or two people. Instead of the second pilot on board, you can take an additional passenger.

The cabin of the new transport and combat helicopter is equipped with modern electronic equipment. Almost all the necessary information is displayed on two large color liquid crystal display. The number of dial gauges is minimized. In order to improve the combat capabilities of the helicopter is equipped with a set of surveillance equipment. A video camera, a thermal imager and a laser rangefinder, which can also be used as a target indicator, are installed on a stabilized platform, closed by a spherical casing and suspended under the nose of the fuselage. With this equipment, the crew can monitor the situation, set targets and destroy them.

To facilitate piloting, the EC645 T2 helicopter is equipped with four-channel autopilot. There is a modern navigation system, as well as communications equipment that meets NATO requirements.

In a combat configuration, the Airbus Helicopters EC645 T2 helicopter must use the SAWS modular weapon system. The helicopter is equipped with two multifunctional side pylons, on which it is supposed to install weapons that correspond to the assigned combat mission. According to reports, the helicopter can carry a block to launch unguided and guided missiles with 7 and 12 guides; Israeli-made Spike guided missiles and hanging containers with large-caliber machine guns or 20 automatic caliber guns. In addition, in the opening side door can be installed machine gun. The model, which was on display at Eurosatoru-2014, was equipped with an 12 unguided missile unit and a container with an 20-mm cannon.

For effective use of existing weapons, the helicopter is equipped with a set of special radio-electronic equipment. Due to the relatively small mass of the machine has a relatively weak protection. The crew cabin and some units got an easy booking. In addition, the fuel tanks are self-locking. In order to avoid an attack using anti-aircraft weapons, the EC645 T2 helicopter must carry an electronic warfare system designed to counter enemy radar, as well as an optical-electronic suppression system that protects against missiles with an infrared homing head.

At the Eurosatory-2014 exhibition, only a model of a promising transport and combat helicopter was shown. Nevertheless, the Airbus Helicopters project has already interested potential customers. In July, 2013, it was announced that the German Ministry of Defense would like to purchase a new model helicopter. At the same time, a contract was signed for the supply of 15 machines with a total value of 194 million euros (almost 13 million euros per helicopter). It is assumed that this technique will be used in the KSK Kommando Spezialkräfte special division of the Bundeswehr. In accordance with the existing contract, the first of the 15 helicopters must be handed over to the customer in 2015. Completion of deliveries is scheduled for 2017.

In addition to Germany, a new helicopter can be ordered by other countries. The Airbus Helicopters EC645 T2 is an interesting combination of light transport and light attack helicopters that may interest potential customers. Small and rather poor countries that need modern helicopter technology to solve a wide range of tasks are considered as future buyers. In addition, the project EC645 T2 may be of interest to the United States. A few years ago, this country ordered three hundred Eurocopter UH-72 Lacota helicopters. General design features that can facilitate the operation of equipment, may be a prerequisite for the purchase of the latest EC645 T2. 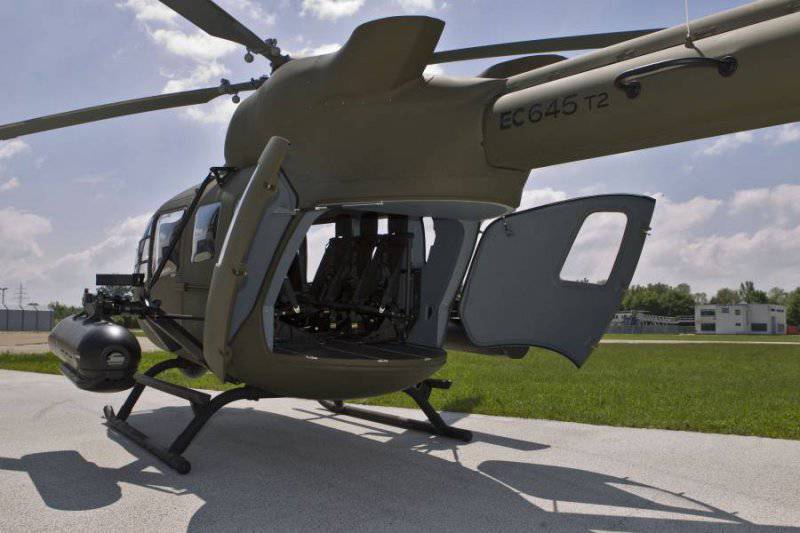 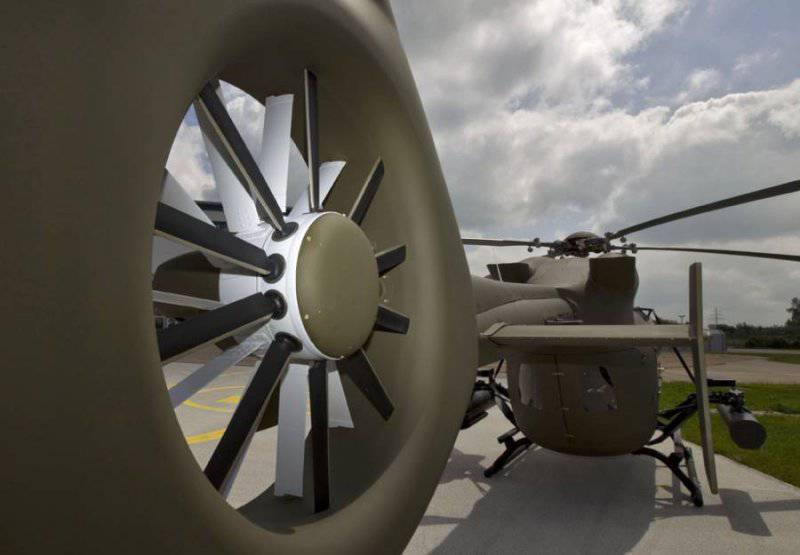 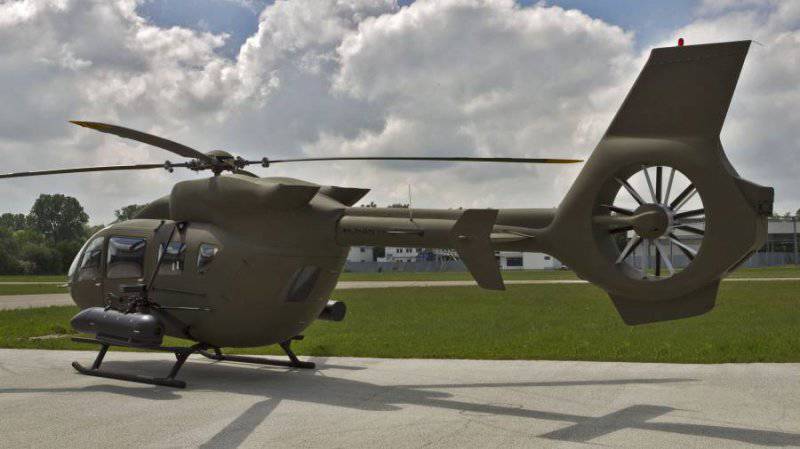 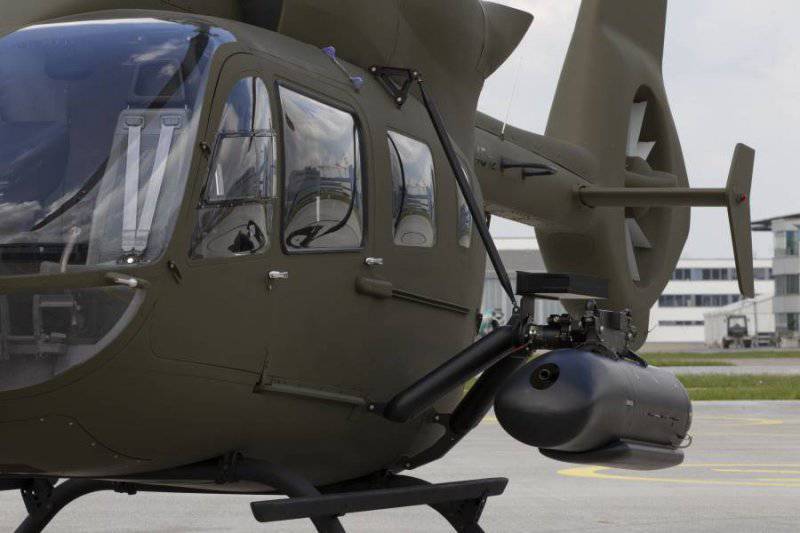 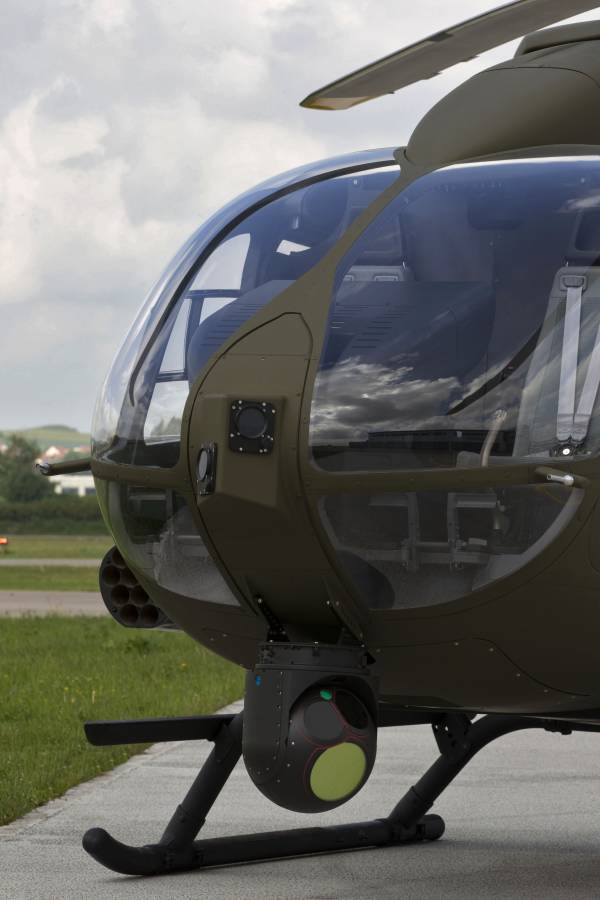 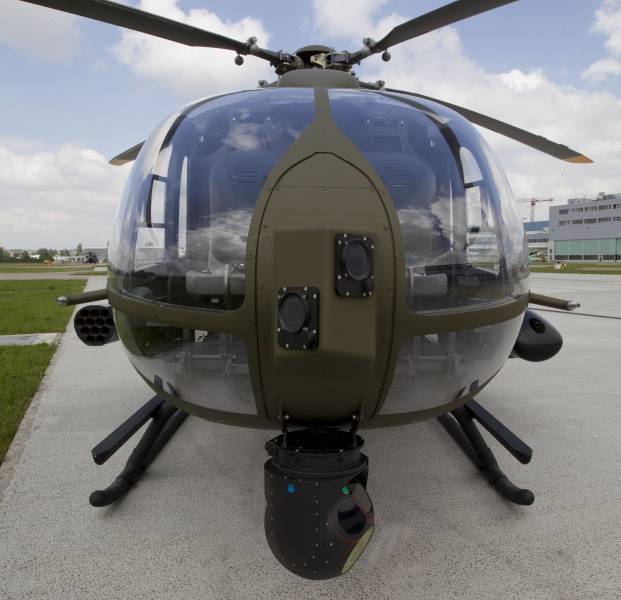 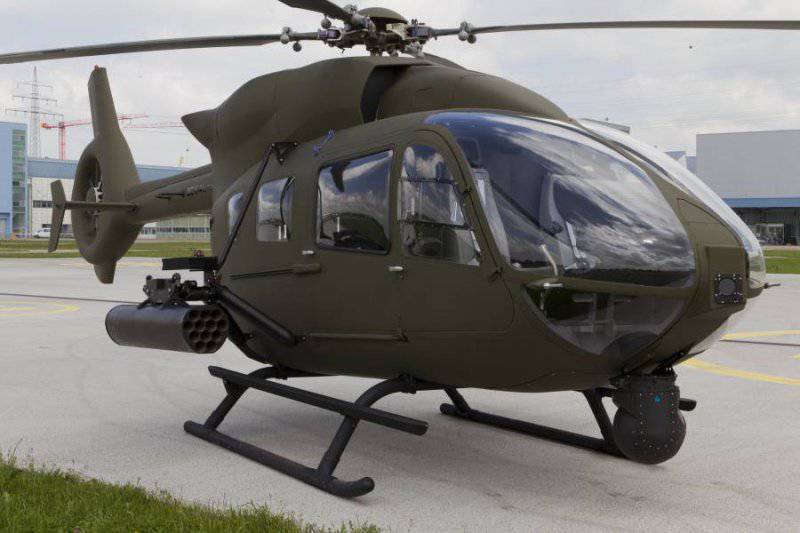 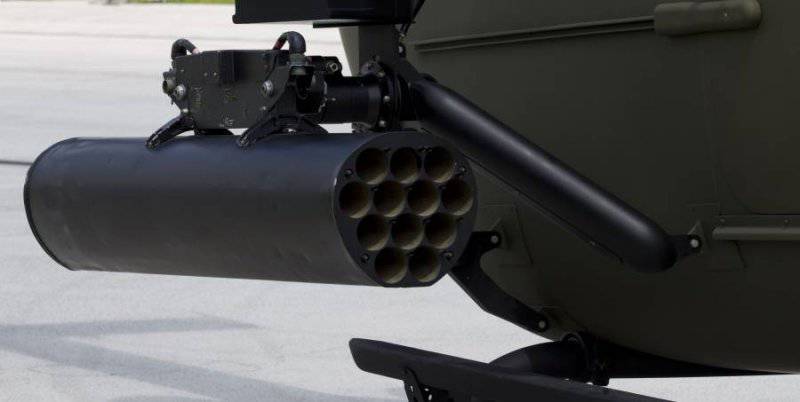 Ctrl Enter
Noticed oshЫbku Highlight text and press. Ctrl + Enter
We are
Innovation Day of the Southern Military District: Pictures from the ExhibitionThe action “Military service under the contract is your choice!” In Rostov-on-Don: future contract servicemen, exhibitions and “Russian Knights”
Military Reviewin Yandex News
Military Reviewin Google News
18 comments
Information
Dear reader, to leave comments on the publication, you must to register.