"Angara" did not fly: the launch was postponed indefinitely

30 2014 June
63
The newest Russian rocket "Angara", which should become the first domestic carrier of its own design, is not yet ready. The Angara, which was to be launched first on Wednesday 25 June, and then on Friday 27 June, did not fly on the reserve day, Saturday, 28 June. Information that the first test flight from the Plesetsk cosmodrome did not take place appeared on Saturday around noon. "Angara" was removed from the launch complex, the rocket was transferred to the technical position, where it will be carried out a comprehensive analysis. After all the comments are eliminated, a new launch date will be announced, according to the Center. Khrunichev.


The new Russian rocket was developed by specialists of the Khrunichev State Research and Production Space Center, the Omsk branch of the enterprise PO Polet is involved in its production. The launch of the rocket was to take place on June 27 from the complex at the Plesetsk cosmodrome, which was specially built for this type of launch vehicle. However, for some reason, the 40 seconds before the start triggered the automatic launch cancellation system. A number of experts have already suggested that the reason may be hiding in a hurry, in which the complex has recently been built, in order to make up the semi-annual backlog. The fact that the backlog was not hide the military themselves. According to Kommersant, the first in stories the launch of the Angara-1.2PP light rocket could break down due to the unclosed valve of the fuel line of the first-stage engine of the rocket. 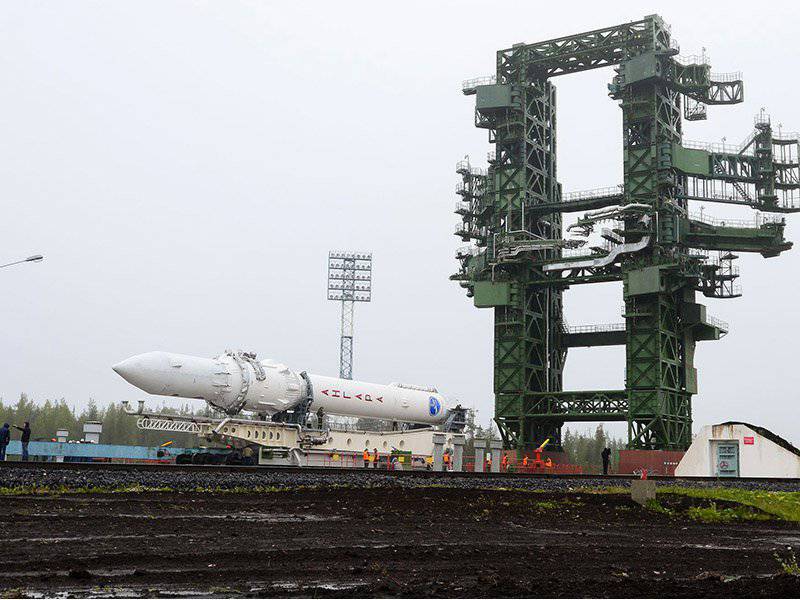 To eliminate this backlog, the construction work on the new space complex was taken under the personal control of Sergei Shoigu. To carry out direct monitoring of all construction and commissioning works, a special video surveillance system was installed in Plesetsk, which made it possible to daily monitor the progress of work on creating all the necessary ground infrastructure in real time. At the same time, this issue became one of the priorities and was raised at all conference calls with the participation of the leadership of the Russian armed forces. Thanks to the hard work of the Plesetsk cosmodrome, the command of the EKR Troops and the relevant departments of the Russian Ministry of Defense, the backlog of work was eliminated.

The launch of the Angara-1.2PP light rocket could be called one of the main 2014 cosmic events of the year. To understand how important this launch is, just recall that the last time a new rocket launched another 15 of May 1987 of the year, 27 years have passed since that day. Then, as now, it was an extraordinary event in the life of the whole country. Mikhail Gorbachev, who was president of the USSR at that time, was not too lazy to personally fly to the Baikonur cosmodrome to witness the launch of the Energiya launch vehicle, which was to put the Soviet military satellite Polyus into orbit (the response to the US SDI program defense initiative). The rocket launched successfully, but the satellite did not reach the estimated orbit, and was eventually submerged in the ocean.

In June, 2014, the latest national rocket (just in case without satellites), which would demonstrate the power of modern Russia, was launched live. In the framework of the video conference, Russian Defense Minister Sergei Shoigu personally reported to President Vladimir Putin that the Russian lease of the Baikonur cosmodrome limits the country's capabilities as a space power. To expand them, a new Angara launch complex was built in Plesetsk. Vladimir Putin listened to the minister carefully. This process was broadcast live for journalists gathered in the Kremlin press center. In turn, the TV channel “Russia 24” showed the launch of “Angara” on the air. The Russian Ministry of Defense became the initiator of this show: apparently, the ministry was quite sure that the launch of the rocket would be successful. The purpose of the first test flight of the rocket, which ultimately did not take place, was the removal of the second stage of the rocket with a non-detachable mass-size payload prototype on the ballistic flight trajectory with the subsequent fall of the rocket parts in Kamchatka. 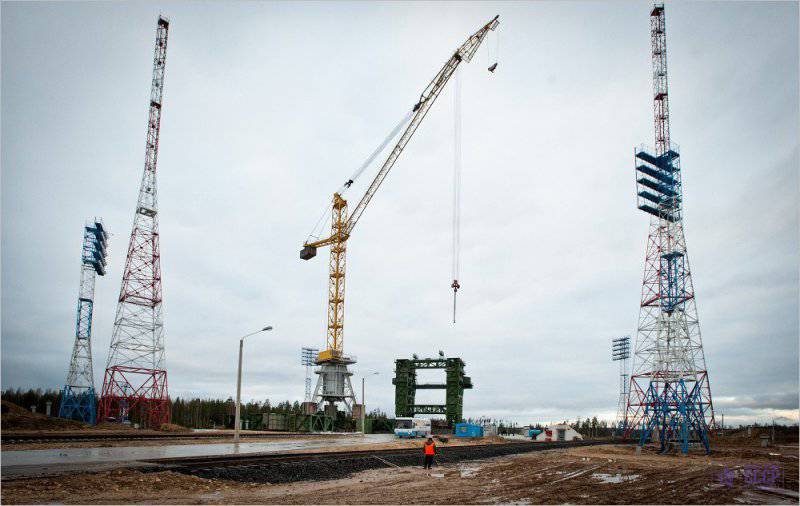 With a new family of rockets, the development of which has been delayed for more than 20 years, our country will receive another way to deliver cargo to low-earth and high geostationary orbits. At the same time, it is very important that Russia will be able to produce such launches without their coordination with a third party (Kazakhstan), and Roskosmos does not depend on third-party contractors in the production of Angara missiles.

In order to reduce the dependence of the domestic rocket and space complex on imported components and technologies, as well as for strategic security reasons, the Angara launch vehicle was designed and produced exclusively by the enterprises of our country. In the future, it is planned to put into operation a whole family of these missiles, starting with a light one and ending with a heavy class with a payload from 3,8 to 35 tons. The basis of the missiles of this class will form the universal rocket modules, which are equipped with environmentally friendly engines running on oxygen and kerosene. At the initial stage, it is planned to launch launches from the Plesetsk cosmodrome, and later from the Vostochny cosmodrome which is under construction.

Earlier, at the Plesetsk cosmodrome, the ground-based part of the Angara spacecraft complex, consisting of launch and technical complexes, designed for launching into low, medium, high circular and elliptical orbits of satellites weighing from 2 to 24,5 t. toxic and aggressive heptyl-based rocket fuel will be used. This will increase the environmental safety of the entire complex directly at the cosmodrome itself, as well as in the places where the Angara parts fall. Ecology is one of the main advantages of the project. Also emphasize the modularity and the use of standard blocks from which you can assemble rockets of different classes - from light to heavy. 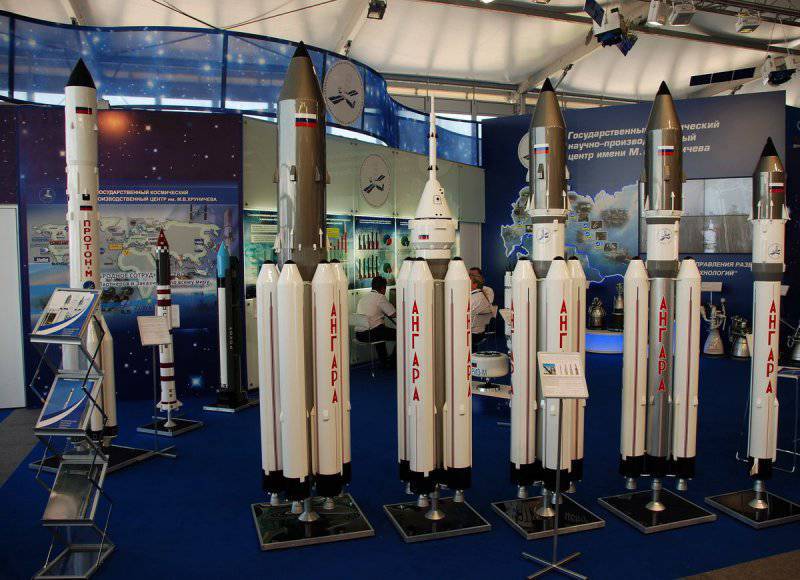 Commenting on the abolition of the launch, the writer and space specialist Sergey Leskov stressed that it would only be worse if the rocket exploded during the launch, and this happened in our history. For example, the powerful H1 rocket, which was made in 1960-1970-s, 4 once carried the entire launch pad. The fact that 27 June automatics worked, says that these systems in our country are quite reliable. Not a single rocket in the world flew the first time. For example, the famous royal “seven” took off only from the seventh time.

The uniqueness and importance of the Angara rocket is that it is the first civilian rocket in our country, which was created after the death of the brilliant designer Sergey Pavlovich Korolev in 1966 year. The Proton carrier rocket began to be tested during his lifetime, in 1965, and the Soyuz large family of rockets was nothing more than a profound modernization and processing of the royal P-7. In the "Angara", which has been developed for more than 20 years, the state has invested more than 100 billion rubles.

KRK Angara is a completely new generation of modular-based launch vehicles based on 2-x universal rocket modules (URM) equipped with oxygen-kerosene engines: URM-1 and URM-2. The family includes rockets from the light to the heavy classes in the range of payloads from 3,8 to 35 tons (the most powerful Angara-A7 rocket) in low-earth orbit. At the same time URM is a fully finished structure, which consists of the engine compartment and oxidizer and fuel tanks, connected by a spacer. Each URM has one powerful RD-191 liquid jet engine. This rocket engine was created on the basis of the four-chamber engine used on the Energia launch vehicle, as well as the RD-170 and RD-171 engines used on the Zenit launch vehicle. 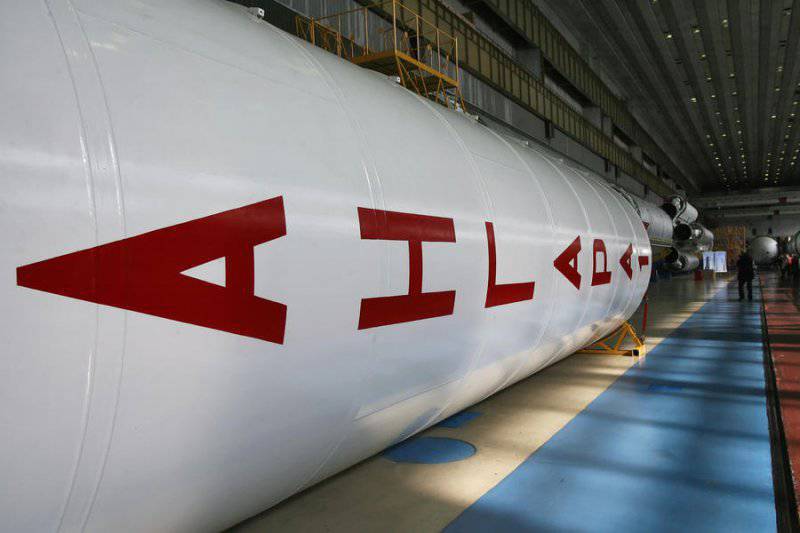 The cost of creating the Angara launch vehicle, which has been developed for more than 20 years, as well as the construction of the necessary ground-based launch complexes, officials and experts estimate differently. Once upon a time, it was about 20 billion rubles, but in 2012, Vladimir Popovkin, the former head of Roscosmos, told reporters that the budget had already spent 160 billion rubles on the creation of the Angara. At the same time, it is very difficult to call the exact price of the creation of this KRK, it’s all a matter of long terms of development. The 2014 year is a turning point for the rocket, 27 June was to launch a light rocket of the family, and at the end of the year a heavy version of the rocket is scheduled to launch. In addition, another launching pad for this type of missile is being built at the Vostochny cosmodrome located in the Amur Region. The first launch of the Angara rocket from the new Russian cosmodrome is scheduled for 2015 year.