July 19 2013
15
The program of creating completely new deck models aviation for the United States Navy, Enhanced Tactical Aviation (ATA) began in 1983. According to this program, an average attack aircraft was to be created, capable of covering huge distances and at the same time possessing a high carrying capacity in order to replace the decked Grumman A-6. On January 13, 1988, McDonnell Douglas and General Dynamics were selected to work on the ATA program. The value of the contract was estimated at $ 4,38 billion, and if necessary, the bar could be raised to a maximum of $ 4.84 billion. The contract included the development and delivery of eight full-scale aircraft models and four test copies. 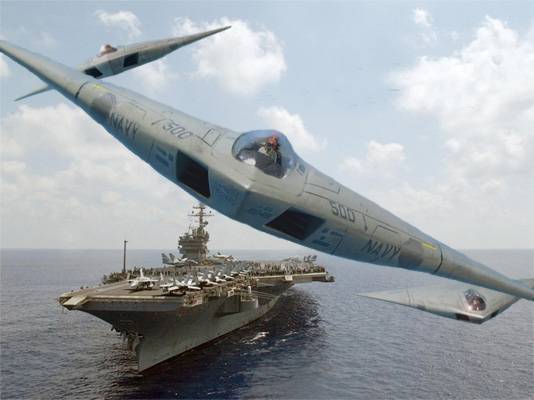 The Avenger II is a unique flying-wing vehicle, the aerodynamics of which contributes to long flights and at the same time it can carry air-to-air and air-to-air weapons on board. The plans of the naval forces of the United States was the adoption of military aircraft, which in their technical equipment will exceed the used F-117A. According to preliminary calculations, the Avenger II aircraft had to completely replace the types of aircraft that existed before on aircraft carriers by the middle of the 90-s.

But on January 7, 1991, United States Secretary of Defense Richard Cheney canceled the program, which was the largest termination of contracts for history the existence of the American defense industry. The reason for such a decisive step was the price of the project, which reached the sum of the three-year budget of the Air Force and the US Navy.

The naval forces originally planned to buy 620 aircraft manufactured by McDonnell Douglas / General Dynamics to equip deck aircraft, and 238 aircraft were also planned to be purchased to meet the needs of such marines. The US Air Force considered buying 400 aircraft at an average cost, which was initially estimated at $ 100 million each.

On the A-12 it was originally planned to install two F412-GE-D5F2 jet engines with a special afterburner chamber. It was assumed that the average attack aircraft, equipped with a folding wing, can reach a maximum speed of 930 km / h and fly over a distance of 1,5 thousand kilometers. Armament should be placed in the internal bomb bay, for which expanded the inner part of the fuselage. The main armament of the aircraft was to be two AMRAAM AIM-120 air-to-air missiles, two AGM-88 HARM air-to-ground missiles, as well as a whole range of unguided missiles and adjustable bombs. The maximum weight of weapons should not exceed 2,3 tons.

General Dynamics and McDonnell Douglas faced a lot of technical difficulties already at the design stage of the aircraft. In particular, the final mass of the aircraft was obtained by 30% more than that previously planned in the project. In addition, unpleasant difficulties arose with the use of composite materials during the construction of the first prototype of the aircraft. In addition, in their report to the command of the US Navy, the developers pointed to technical problems with the creation of the radar.

During the implementation of the A-12 Avenger II project, not a single prototype aircraft was created. The mid-size model of the medium attack aircraft was declassified in 1996 year and put on display in the territory of the former US Navy base Carswell. Financial market experts argue that it was the unsuccessful development of the A-12 Avenger II that was one of the main reasons for the huge losses of McDonnell Douglas and its subsequent economic take-over by the aircraft manufacturer Boeing. 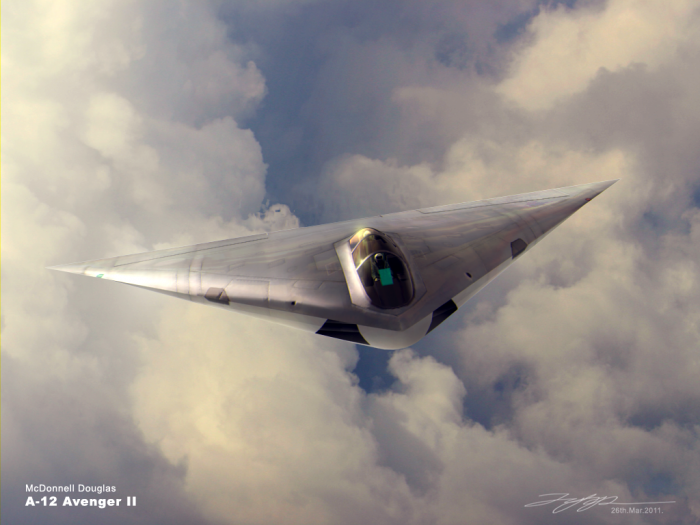 In total, McDonnell Douglas and General Dynamics jointly spent $ 3,88 billion on the A-12 Avenger II project, receiving only $ 2,68 billion from the government. Immediately after the project was closed, the command of the US Navy made a claim for the return of invested funds in the amount of $ 1,35 billion, which the military lost because of an unfulfilled contract. Without much hesitation, McDonnell Douglas and General Dynamics filed their own claim to the US Federal Court of Justice (CFC), demanding $ NNXX billion in penalties from the US Navy for stopping work on the attack aircraft development program.

Their position in the court of the US Navy was based on the fact that both companies failed to implement the requirements of the contract concluded with an indication of a fixed price and a specific period. That is, McDonnell Douglas and General Dynamics should have developed the aircraft no more than $ 4,8 billion and put it into the army no later than 1994. Given the fact that these requirements were not met in the end, the Navy said the contract was broken and was broken.

The companies, on the other hand, argued that, according to the terms of the contract, the Department of Defense, the Navy and the United States Air Force had to provide them with access to stealth technology, previously used to work on the F-117 Night Hawk attack aircraft, as well as the B-2 Spirit bomber . According to the companies, these special technologies were not handed over to them, the military indicated that they were imposed a “special secret” stamp. Without full access to classified material, General Dynamics and McDonnell Douglas failed to complete the contract in full. 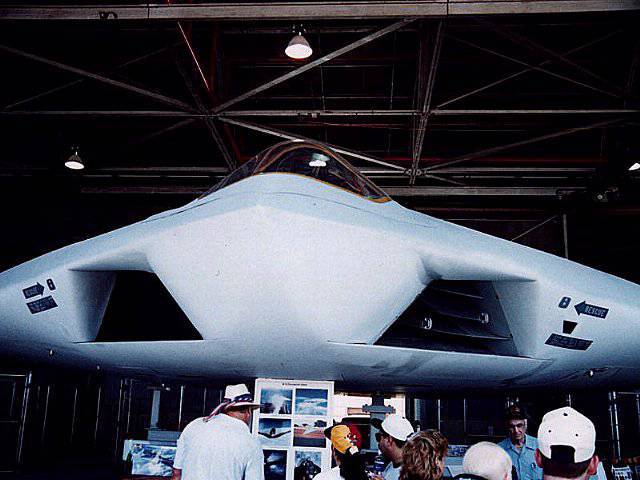 The consideration of the case went on for several years due to the fact that in order to establish the truth, the court needed to familiarize not only with the public materials of the case, but also with the materials on secret technologies. The documentation on special technologies was disclosed by military court judges, but in 1993, the US Federal Court received a notification from Merrill Macpick, the US Secretary of State, that further disclosure of secret information is impossible because it violates the rules of state secrets. The court had to make a final decision, having at its disposal only a minimum set of documents.

Shortly after the completion of work on the A-12 Avenger II project, the US Navy decided to acquire the F / A-18E / F Super Hornet fighter jets, which Boeing developed. Adoption of the new aircraft took place in 1999 year. As part of the US Navy, he was to replace the F-14 Tomcat fighter jets and the A-6 deck fighter planes. It is curious that the F / A-18E / F aircraft uses F414 jet engines, which are the new generation of F404, on the basis of which the ANGX Avenger II A-1983 propulsion system was developed in 12.
Ctrl Enter
Noticed oshЫbku Highlight text and press. Ctrl + Enter
We are
A-12 Avenger II attack aircraft. Seven and a half billion for failureAn-12 in Afghanistan
Military Reviewin Yandex News
Military Reviewin Google News
15 comments
Information
Dear reader, to leave comments on the publication, you must to register.