TANTK them. Gm Beriev is preparing the first A-50U for delivery 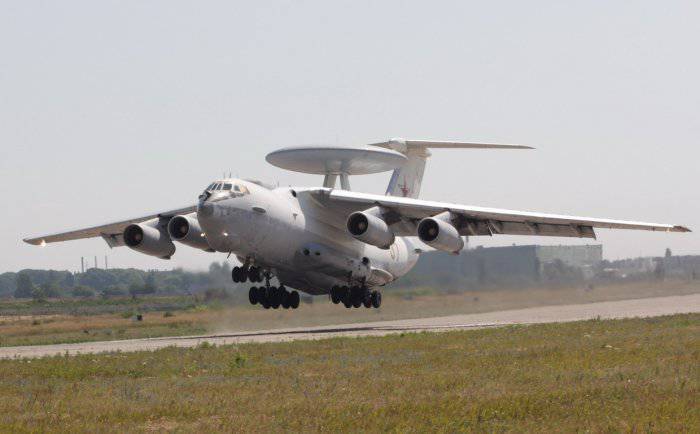 Taganrog aviation the scientific and technical complex named after G.M.Beriev completed the modernization of the first A-50 long-range radar detection aircraft. Already in June of this year, TANTK is ready to return the aircraft of the Russian Air Force. A few years ago in Taganrog, together with the Vega concern, they started modernizing the A-50, during which the aviation complex received modern on-board computers and new equipment for operator’s workplaces. The A-50 aircraft with tail number 50 was taken as the prototype of the A-37U. The state tests of the prototype were successfully completed in the fall of 2009, then Colonel General Alexander Zelin, Commander-in-Chief of the Russian Air Force signed an act on the completion of the ICG. The completion of the tests opened the way for TANTK for "serial modernization" of the A-50 combatants, which are part of the Ivanovo Aviation Base for AWACS aircraft. In the fall of 2008, the first plane arrived in Taganrog.

Regarding the completion of the GSI A-50U at the end of 2009, in the official press release of Beriev, it was reported that during the modernization the main emphasis was placed on the transition to a new elemental basis of the onboard radio engineering complex (RTC). This transition allowed to significantly reduce the total mass of the radio engineering complex and reduce the weight of the aircraft. The consequence of this was the possibility of a greater fuel load at a constant take-off mass.

Thus, the time for performing the combat mission at a given turn and flight range were significantly increased.

The advanced RTK has improved capabilities for detecting unobtrusive and low-flying air targets (including under the conditions of active use of REB facilities), measuring their angular coordinates, speed and distance. In addition, the radar detects an aerial target type helicopter. The aircraft also provides a survey of the sea surface, detecting surface targets and measuring their coordinates. In this case, the new A-50U, in comparison with the A-50, improved the characteristics of finding targets in the rear hemisphere.

A satellite navigation system was added to the flight-navigation complex of the modernized aircraft, which can significantly improve the accuracy of navigation.

A radical modernization of the workplaces of the members of the tactical crew of the aircraft. Old hardware racks based on cathode-ray tubes on A-50U were replaced with universal means of data display based on monitors with liquid-crystal indicators. In addition, A-50U, in contrast to the original aircraft, is equipped with rest rooms for the crew, a buffet with household equipment and a toilet.

In Ivanovo, at the air base of long-range radar detection aircraft, the first modernized A-50U is already eagerly awaiting. In May of this year, the only part of the DRLO aircraft in the country celebrated its 45 anniversary. Countdown its stories since the formation of the 20 in May of the 1966 of the year in the city of Monchegorsk (Murmansk Region) of the 67-th separate aviation squadron ARLO on the Tu-126 aircraft. In the autumn of the same year, the squadron relocated under Siauliai in Lithuania. In Lithuania, at the beginning of 80, the squadron was transformed into a regiment, and Tu-126 aircraft were gradually replaced by new A-50. In October 1989, the 144 th separate air regiment of the A-50 aircraft, redeployed from the Baltic to the Komi Republic on the airfield near Pechora. In Ivanovo, all A-50 airplanes are based since the summer of 1998. In Ivanovo, in the same 98, the 2457-I aviation base of long-range radar detection aircraft was created. This spring, it was reformed into a new air base.

TANTK them. Gm Beriev immediately after the first combatant A-50U began to finalize the next car from Ivanovo. The plane has already arrived at the factory airfield in Taganrog. After some time, it is planned to modernize the entire fleet of A-50 aircraft of the domestic Air Force in a similar way.

At the same time, the TANTK, together with the concern “Vega”, is working on the creation of a new aviation complex RLDN with the newest radio engineering complex, which has even more significant characteristics.
Ctrl Enter

We are in Yandex Zen
Squadron for export
Sunset era hydroaviation
2 comments
Information
Dear reader, to leave comments on the publication, you must to register.