30 May 2014
14
The famous Norwegian engineer, who became famous for his work in robotics, presented a new rolling transformer robot, which supposedly came to us directly from dreams. It should be noted that many robots of the Norwegian “Kulibin” simply frighten - this is the two-legged Archer, the A-pod scorpion-like robot and its improved version of FireAnt, as well as the arachnid robot. However, first of all, all of them are amazing examples of technical thought. The new robot Halvorsen MorpHex MKII is divided into a large number of sections, each of which has two motors. This robot is able to roll on the ground. At the right moment, he can open up and turn his panels into legs with which he can walk.


It should be noted that the creator of MorpHex MKII was able to design and build such a device that would be more correctly called a double hexapod for the number of limbs it has, the number of which reaches 12 in total. The designer from Norway gave his new model the designation MKII, in contrast to the predecessor robot with the designation MKI, which could move only in circles, the new robot can also roll in a straight line. According to the designer, controlling the robot is the same as driving a radio-controlled car.

At the same time, despite some external frivolity of models, all Halvorsen's robots are elegantly designed, beautiful and one of the most advanced small robots in the world at the moment. All his designs are definitely worth a closer look - especially the videos on the Internet, where his designs robots fight each other. His drones can flock, stick together, forming colonies. Looking at them, you understand that, perhaps, you see the near future. 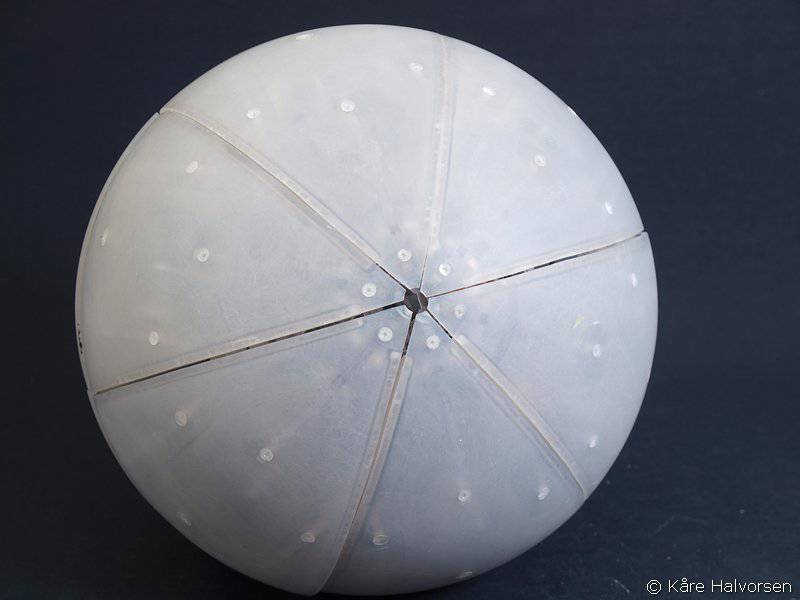 Norwegian design engineer Kare Halvorsen (Kare Halvorsen) gained fame on the worldwide network thanks to the specialized community Trossen Robotics Community, where he was registered under the nickname Zenta. At the same time, the creation of robots and robotics is just his hobby. He can and is able to create robots with a programmable architecture, different original design and appearance. In this case, the Norwegian inspiration draws from the "natural engineering". As for an amateur designer, Halvorsen managed to achieve very fascinating realism and accuracy of movements of his devices.

Its latest development, videos and photos of which appeared on the Internet not so long ago, is MorpHex. The name is a combination of the words morphing hexapod - “transformable hexapod”. The new robot is a six-legged device (it would be more correct to call it a twelve-foot), which is enclosed in a body in the shape of a sphere. The plans of the creator was to teach his robot to move like a crab. From a robot with six limbs, it can easily transform into a sphere and move in the right direction. On the one hand, the work of Halvorssen seems to be quite simple, but this feeling is due to the simplicity of the design, while their development requires serious baggage of technical knowledge and engineering skills.

From the point of view of technology and its filling, the robot is not at all simple. This device involved 25 servomotors, each of which has an individualized clutch (12 drives of the 5990 type and 13 drives of the Hitec model 5645 drives are used). In addition, the robot has a built-in Basicmicro ARC-32 controller card, LiPo 2S batteries with 5000 mAh power, XBee radio modules and a Turnigy controller on 8А. 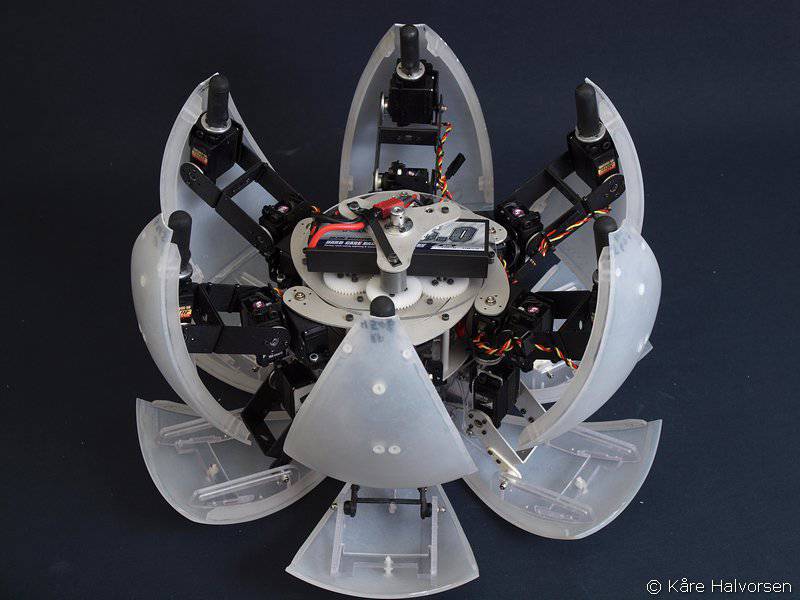 Watching this robot, it seems that you have seen it before, but only as a character in a computer game or a science fiction film. However, the design presented to them is unique. The robotic mechanism successfully combines the functions of a robot with six limbs - a hexapod and a transformer device. In this case, the child of Halvorsen would be more correctly called a double hexapod, since in total the number of conditional limbs of this device reaches 12, but in the open state only 6 is used for movement.

Unlike many other works of the author, his new robot looks quite friendly, his confident, though not very fast movement with the help of his paws-manipulators looks especially funny. The robot is controlled by the remote control, which is similar to those used to control radio-controlled helicopters or cars.

The robot in the folded state is a sphere-ball, which has great freedom to move not only around the circumference, but can confidently overcome fairly large sections in a straight line. The MorpHex MKII robot without any problems can even roll down from the slopes without damaging its internal mechanisms, as well as being able to move quickly enough in a half-open state, moving on a flat surface in different directions. The robotic mechanism of the device consists of several sections with two servomotors in each, due to which it is able to overcome the area that is quite difficult for a product of a similar design to be in an already unfolded state. 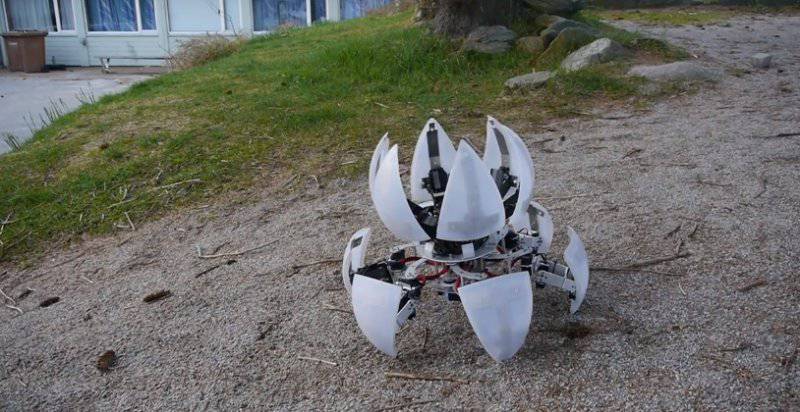 It is worth noting that hexapods have long been loved by specialists who work in the field of creating robots. Spider-like machines were developed not only in the form of small “pocket” robots, but also in the form of giant structures that had the ability to be piloted from the inside. At this stage, Kare Halvorsen’s plans include a hardware revision of her new robot, the reason for which was the breakdown of one servomotor during the passage of the test tests of the robot, as well as the correction of its software component.