30 May 2014
18
The United States carried out the first tests of its Aegis air defense system (Aegis, from English. "Aegis" - the mythical shield of Zeus and Athens) land-based. During the recent tests, the complex was able to detect and then destroy a target that simulated a ballistic missile. It is worth noting that the Pentagon for the first time in stories conducted flight tests of multi-purpose ground-based Aegis SAM systems. This information was published by the Pentagon’s Missile Defense Agency. Tests were held at the site, located in the Pacific Ocean, and ended successfully, according to representatives of the US military.


According to the specified information, during the tests, the complex managed to detect a ballistic target, after which it performed its accompaniment, and then conditionally hit it. In order to hit a missile target from a vertical launcher (PU), an interceptor training missile with the designation SM-3 Block IB was launched. During the flight of the interceptor missile, the military worked out a number of functions to capture the target and control the fire, representatives of the ABM Agency said. According to their data, the launch of a real target in the framework of this stage of flight tests was not planned.

According to the information voiced by the ABM Agency, the main task of the tests was to confirm the effectiveness of this air defense system when launching a ground-based SM-3 missile. At the same time, the configuration of the ground-based Aegis air defense system almost completely repeats the one that is currently widely installed on destroyers and cruisers of the American fleet, representatives of the Pentagon say. The tests held in the Pacific were supposed to support the development of ground-based Aegis air defense capabilities as part of the 2nd stage of the program to deploy elements of the American missile defense system in Europe. It is planned that this part of the US missile defense system in Europe will be located in Romania in 2015. The second country where this complex is planned to be deployed is Poland, this will happen in 2018. 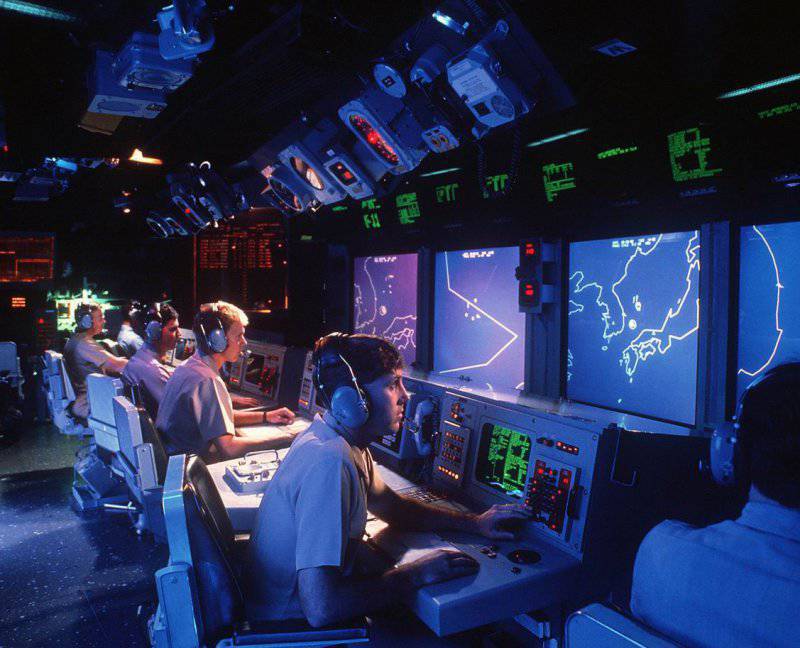 Meanwhile, in April 2014, the American Audit Chamber published a report in which it reported that the authorities would have to invest additional funds in the development of the missile defense system, since its main components were failing during the test series in 2013. For example, the malfunctions of a new guided missile complex developed by Raytheon were identified, it was planned to equip this rocket with Aegis, as well as land-based missile defense systems, which Boeing Corporation is working on. In this regard, the US Accounting Chamber has made recommendations for additional testing of elements of both systems.

Since 2002, the US administration has managed to spend billions of dollars on the development of its own 98 missile defense system. At the same time, according to existing forecasts, up to 2018, the missile defense system will need about 38 billion dollars more. Earlier it was reported that the Americans suspended consultations with the Russian Federation on this issue in connection with the situation that is unfolding in Ukraine. According to Deputy Assistant US Secretary of Defense Elaine Bann, the US defense department is going to re-examine future contacts with Russia on missile defense to make sure that they are in the interests of American national security, as well as the security of their allies.

Recall that NATO and Russia agreed to cooperate on a project to build EuroMD within the framework of the 2010 Summit of the year held in Lisbon, but these negotiations were stalled because the United States refused to provide legal guarantees that the deployment of the missile defense system was not against the Russian deterrent forces . In response to the idea of ​​deploying a missile defense system in Europe, Russia is going to take a series of diplomatic and military-technical measures. 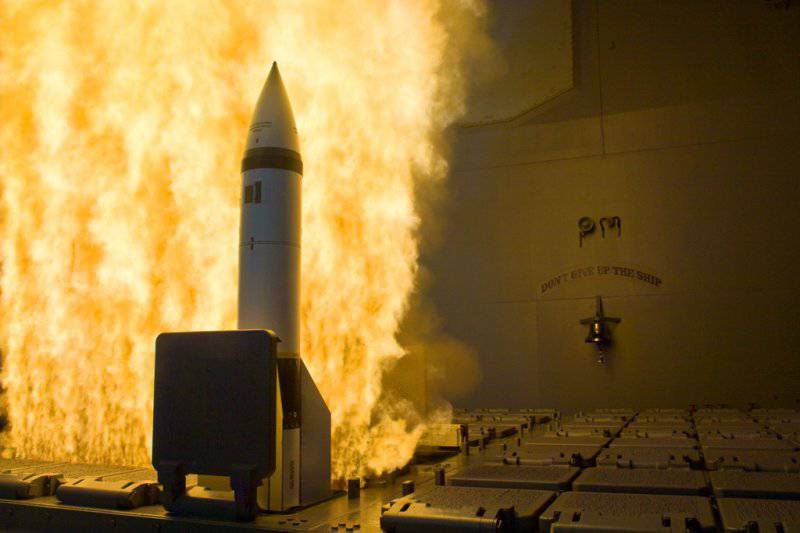 Tests conducted on the Pacific test site are of great importance to the United States, since next year it is planned to deploy a ground version of the Aegis air defense system in Romania. The missile defense system put on combat duty will not be able to neutralize the Russian nuclear triad, but it’s not for nothing that the Russian Defense Ministry irritates the deployment of such systems in Europe. Since 2002, more than 30 flight tests of the Aegis system were carried out in America, of which 25 was completed by intercepting a target. In total, over the past 12 years, more than 70 various tests were carried out as part of the US missile defense program, in which 59 conditional targets were successfully intercepted using interceptor missiles.

At the same time, Vice President of the Academy of Geopolitical Problems Konstantin Sivkov, in an interview with the Russian edition of Vzglyad, noted that the use of rocket weapons in terrestrial conditions much easier than in the sea. According to him, the firing range of the Aegis SAM system does not exceed 150 km. The main American missile defense system is designed to fight medium-range and short-range ballistic missiles and aerodynamic targets. It can also successfully solve the problem of dealing with low-flying satellites in the event that they are in the zone of its defeat. The expert reminded reporters that 2 a year ago, using an anti-missile SM-3 based on the Aegis control system, shot down an American satellite that fell into the sea.

The American missile defense system is primarily designed to protect against the blows of our tactical missile systems "Iskander", as well as shock aviation. With the help of SM-3 interceptor missiles, medium- or short-range missiles can be shot down. At the same time, Sivkov believes that the SM-3 is simply not able to shoot down a long-range missile that flies at a very decent speed. It is impossible to neutralize the nuclear triad of the Russian Federation with the help of the Aegis air defense system, the expert emphasized. 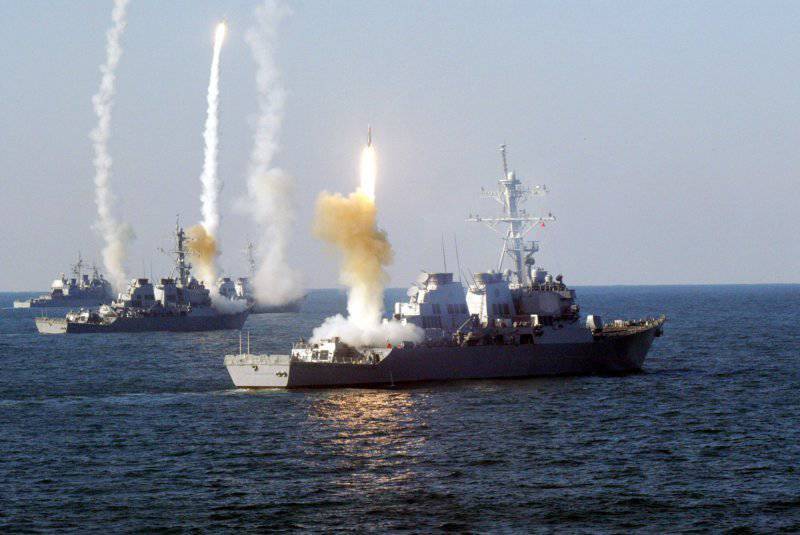 Vadim Kozyulin, who holds the post of director of the program of the Center for Political Studies of Russia on conventional weapons, agrees with him. However, this missile defense system can reduce its effectiveness, and under certain circumstances (for example, in combination with a UAV) create a situation where the Russian Federation will not be able to retaliate a nuclear strike, or create the illusion of this for the Russian leadership. According to Kozyulin, this will give the American side a reason to plan a strike on Russia with the possibility of subsequent interception of a retaliatory strike. If such a plan is actually worked out, then American politicians may be tempted once to put it into practice.

Although Washington does not confirm that this missile defense system is being deployed against the Russian nuclear forces, but all experts understand that it is designed specifically for this. Vadim Kozyulin emphasizes that any weapon placed on the borders, especially such modern ones, carries a certain threat, and this must be taken seriously. Construction of a US missile defense base in Europe has been underway in Romania since October 2013. The Aegis ground-based missiles will be on duty in 2015 year.

According to the original plans of the administration of US President Barack Obama, the US missile defense system architecture in Europe was planned to be built in the 4 phase. At the first stage - during the 2011 year - American ships equipped with Aegis complexes and SM-3 (Standard-3) interceptor missiles were deployed in the Mediterranean area, and a missile defense system radar was also deployed in Turkey. At the second stage - by the year 2015 - in Europe it is planned to deploy mobile batteries with anti-missiles SM-3, they are planned to be placed in Romania. Further, by the year 2018, such mobile complexes should appear in Poland. And by 2020, all deployed missiles are planned to be replaced by more advanced ones that will be able to protect the entire territory of the NATO member states. New missiles will have to provide protection not only against ballistic missiles of short and medium range, but also against full-fledged intercontinental ballistic missiles.