Technique "Uralvagonzavod" at the exhibition KADEX-2014

28 May 2014
29
From 22 to 25 in May, the international exhibition of arms and military equipment Kazakhstan Defense Expo 2014 (KADEX-2014) was held in Astana. The capital of Kazakhstan for the third time received guests from several countries of the world. KADEX-2014 has become a platform for demonstrating the achievements of almost 200 companies and organizations from 25 countries of the world. The largest expositions were presented by Russia and Kazakhstan, from which 68 and 64 organizations participated in the exhibition, respectively. Among other organizations from Russia, Uralvagonzavod Scientific and Production Corporation and its structural divisions participated in the exhibition. The corporation presented advertising materials and layouts on the stand, and also showed several full-scale samples of new technology.


At an open exhibition site, Uralvagonzavod Corporation presented three full-scale models and one model of equipment for new models. All the samples shown, despite the fact that they have already been shown at other exhibitions, are of particular interest both to customers and to the general public. The enterprises that are part of the Uralvagonzavod corporation brought a support combat vehicle to Astana tanks BMPT-72, PTS-4 amphibious transporter, 1I37E control and verification vehicle, and Atom infantry fighting vehicle model.

The tank support machine BMPT-72 "Terminator-2" is a further development of the previous project BMPT "Terminator" and was first shown at last year's exhibition Russian Arms Expo 2013. In general, BMPT-72 is similar to the basic "Terminator", but it has a number of differences. The main difference is a different chassis. To attract a wide range of potential customers, the authors of the project from the Uralvagonzavod Corporation as the base chassis for the new combat vehicle used the appropriate units of the T-72 tank. This feature of the new combat vehicle allows it to work effectively in some combat formations with tanks of the T-72 family, and also simplifies the construction and maintenance of equipment.

“Thermnator-2”, unlike the base BMPT, is not equipped with two course automatic grenade launchers, which made it possible to reduce the crew to three people. The composition of the rest weapons remained the same: on the machine’s BMPT-72 tower there are two 2А42 automatic cannons of the 30 caliber mm, a PKTM machine gun of the 7,62 mm’s caliber, as well as four transport and launch containers with 9М120-1 guided missiles. In comparison with the tower of the previous vehicle, the Terminator-2 armament received new armored casings. In addition, the machine gun was placed in a separate armored corps.

Shortly after the “premiere demonstration”, the BMPT-72 tank support vehicle received positive feedback from specialists. The prospects for the car are considered to be quite high, and a good export potential may be caused by the chassis used. The armies of many countries exploit T-72 tanks, thanks to which they can quickly master the operation of the Terminator-2. It should be noted, no information on orders for BMPT-72 has yet been received. Perhaps the first customers will take a decision on the results of the exhibition KADEX-2014.

The second Uralvagonzavod car, first shown at an exhibition in Kazakhstan, is the PTS-4 floating conveyor. This machine, developed by the Omsk Transport Engineering Design Bureau (part of the Uralvagonzavod corporation), is intended to replace previous domestic floating conveyors. In its basic features, the PTS-4 is similar to the previous PTS-3, but it has several important differences. The main feature of the new conveyor is used in the nodes and assemblies. Thus, in the design of the PTS-3, parts and assemblies borrowed from the T-64 tank, whose production has long ceased, were actively used. The new PTS-4 transporter is based on units and aggregates of T-72 and T-80 tanks, which greatly simplifies its construction and operation.

The tracks and torsions of the conveyor hanger are borrowed from the T-80 tank, the friction clutches and the gearbox from the T-72 tank. With a maximum weight of more than 33 tons, the PTS-4 tracked conveyor is capable of transporting cargo with a total weight of up to 18 tons (on the water and on approaches to it) or up to 12 tons (on land). To accommodate the payload, the conveyor has a large loading platform measuring 8,3x3,3 meters. On land, the PTS-4 can reach a maximum speed of up to 60 km / h, and on the water, up to 15 km / h. The cockpit is protected by anti-bullet reservation. For self-defense, the commander of the machine can use a heavy machine gun mounted on a remote-controlled installation.

The PTS-4 tracked carrier was accepted for supply by the Russian engineering troops in the 2013 year. Currently, employees of the design bureau of transport engineering are developing a civilian version of this machine, designed for the Emergency Situations Ministry, the Ministry of Transport, the Ministry of Environment and other departments. It is known that the civilian version of the PTS-4 will retain the basic characteristics of the base machine, but will be adapted for non-military use.

The third model of equipment, presented by the corporation "Uralvagonzavod" at the exhibition KADEX-2014, was developed by the Central Research Institute "Burevestnik", which is part of it. The control and testing machine (CPM) 1И37E is designed to perform various works on the maintenance of guns mounted on tanks and ACS. The equipment of the machine can service 125-mm 2-46 guns of all modifications (installed on T-72, T-80 and T-90 tanks) and 2-75 (used on the Sprut-SD machine).

All KPM 1Х37Е units are mounted in the body of the van Ural-4320. The equipment included in the complex allows the calculation of three people to carry out the whole range of maintenance work on tank and anti-tank guns. Using the available equipment, the calculation of the 1И37E machine can clean the gun barrel from soot and dirt, as well as conduct technical preparation of the weapon for firing (align the sight and bring the gun to normal combat, including a unique shooting-free method using special high-precision equipment). In addition, the possible ballistic preparation for shooting, namely the calculation of the amendments to the initial velocity of the shells of a certain party and the definition of barrel wear. To document the work in the complex 1И37E included a laptop with special software.

According to the information from the Petrel Research Institute, the use of the 1 and X37 control and testing machines allows 2-2,5 times to increase the combat readiness of equipment by reducing the time for its maintenance. In addition, the calculation of the specific features of the work of a particular tool allows you to form a complex of individual corrections, due to which the accuracy of the fire increases 1,3-1,5 times. Shooting-free method of checking the accuracy of the gun does not lead to its wear and thus allows you to save the life of the barrel, ensuring the required accuracy.

The heavy-duty Atom infantry fighting vehicle, or rather its full-sized mock-up, was first shown at last year’s RAE-2013 exhibition. A few days ago it was demonstrated at an exhibition in Kazakhstan. This promising project is a joint development of the Russian Petrel Research Institute and the French company Renault Trucks Defense. As part of the Atom project, the designers of the two countries tried to create a modern heavy-class BMP designed for sale to third countries.

According to reports, the BMP "Atom" is a wheeled armored vehicle based on the French chassis development. It is alleged that the used chassis 8x8 will allow the car to move at speeds up to 100 km / h, as well as continue driving if several wheels are damaged. In the troop compartment provides eight places for soldiers with weapons. If necessary, the Atom car can be equipped with additional reservations. When using all available armor modules, the level of XANUMX protection will be provided according to the STANAG 5 standard. In this case, the combat weight of the machine will reach 4569 tons.

Of particular interest is the combat module installed on the exhibition layout. According to official information, the promising BMP "Atom" should be equipped with a turret with an automatic gun caliber 57 mm. It is expected that such a weapon will significantly increase the combat potential of the machine. Increasing the caliber from standard 30 mm to 57 mm will increase the firing range, and ammunition with great power will increase the effectiveness of the fire. In terms of combat performance, the only minus of the 57-mm guns is less ammunition compared to the 30-mm caliber systems.

Earlier it was claimed that on the basis of the Atom project, various types of equipment could be created, from an armored personnel carrier with machine guns to an ambulance or command and staff vehicle. About the implementation of these plans so far nothing has been reported. Moreover, the further development of the project may be questionable. At the beginning of April, there were reports in foreign and domestic media, according to which the French company Renault Truck Defense refused to cooperate further with the Petrel Research Institute within the framework of the Atom project for political reasons. Nevertheless, on the first day of the KADEX-2014 exhibition, Deputy General Director of the Uralvagonzavod corporation for special equipment V. Khalitov said that this information does not correspond to reality. According to Khalitov, the Uralvagonzavod corporation has not yet received from French partners an official notice of the termination of joint work. Work on the Atom project continues to go in accordance with the established plan. 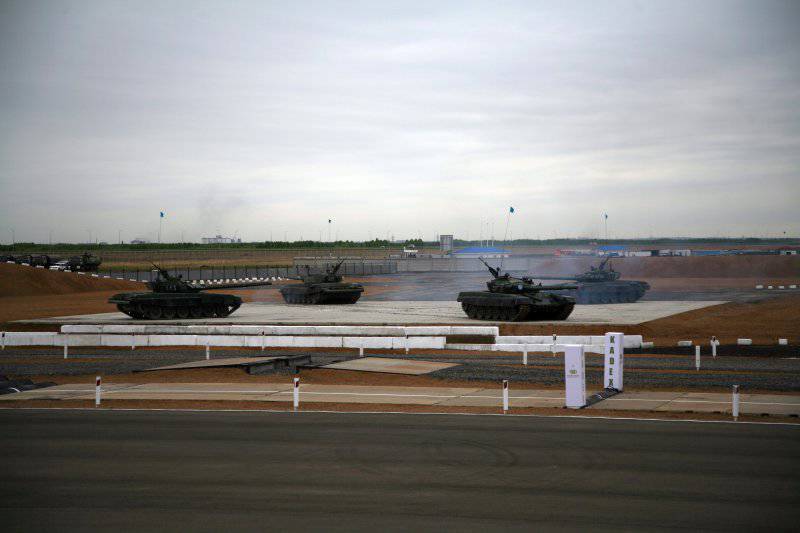 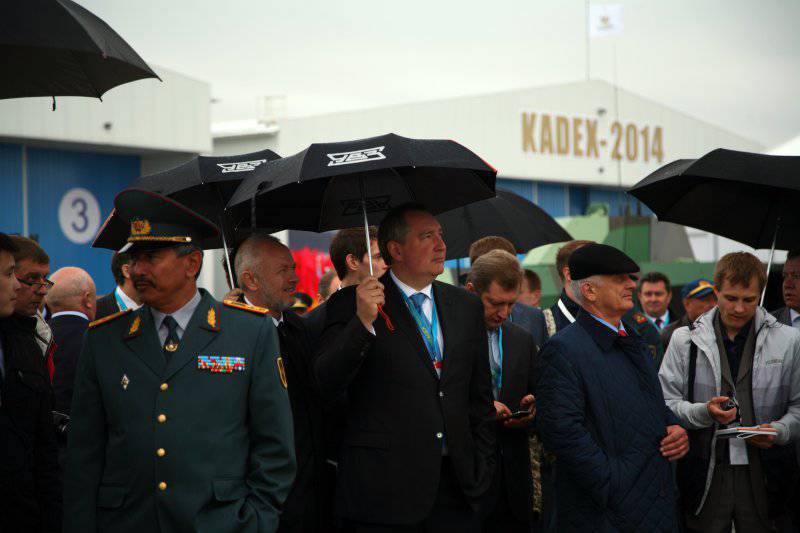 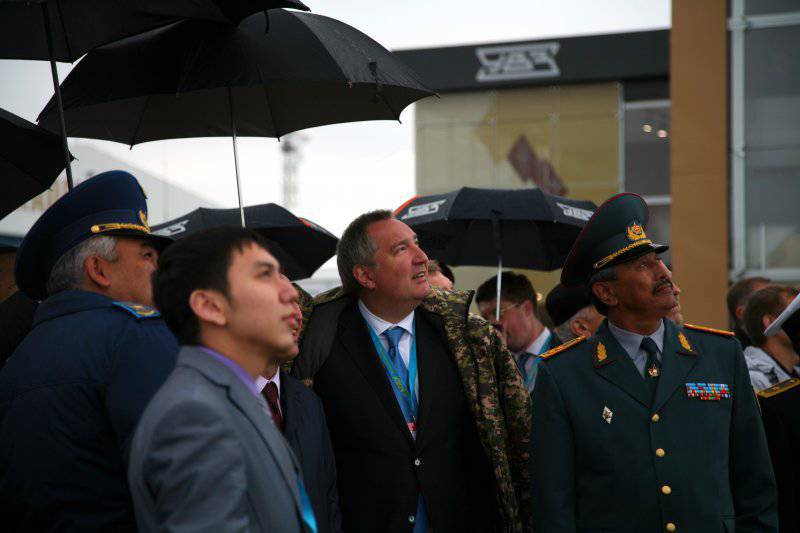 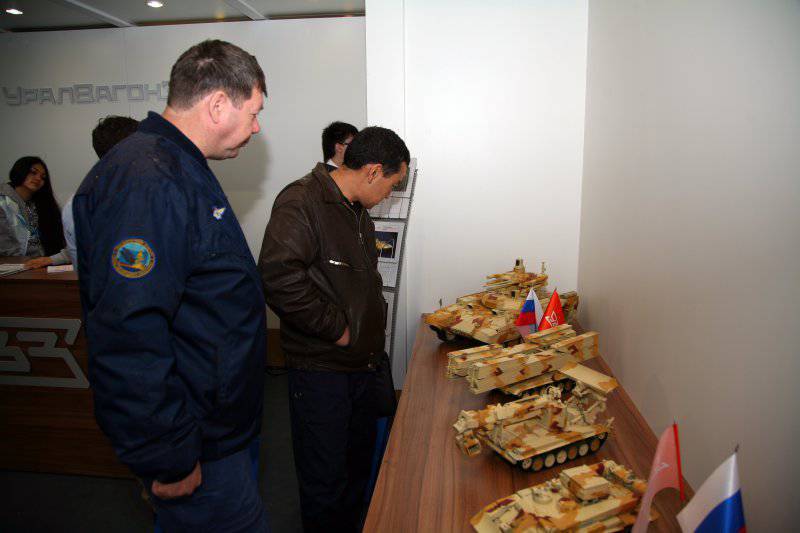 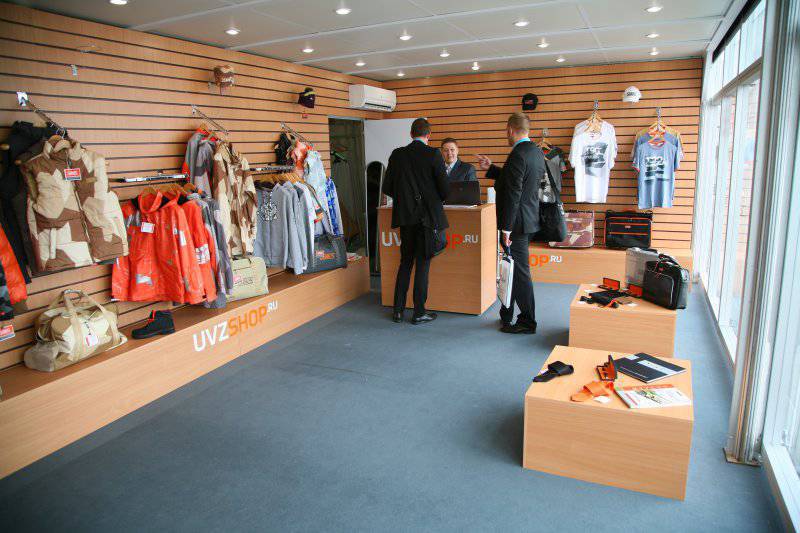 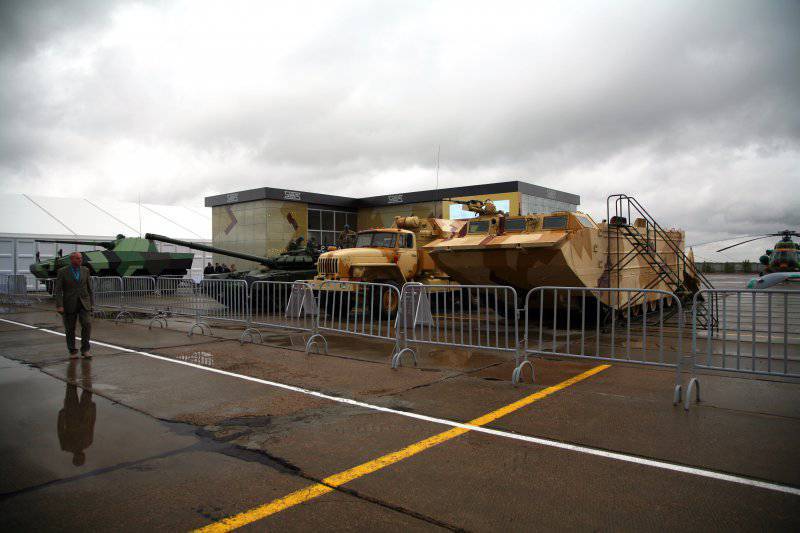 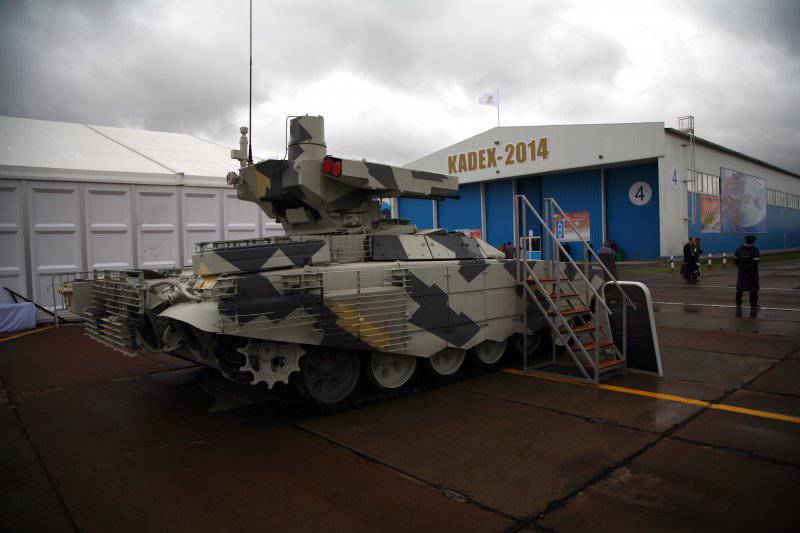 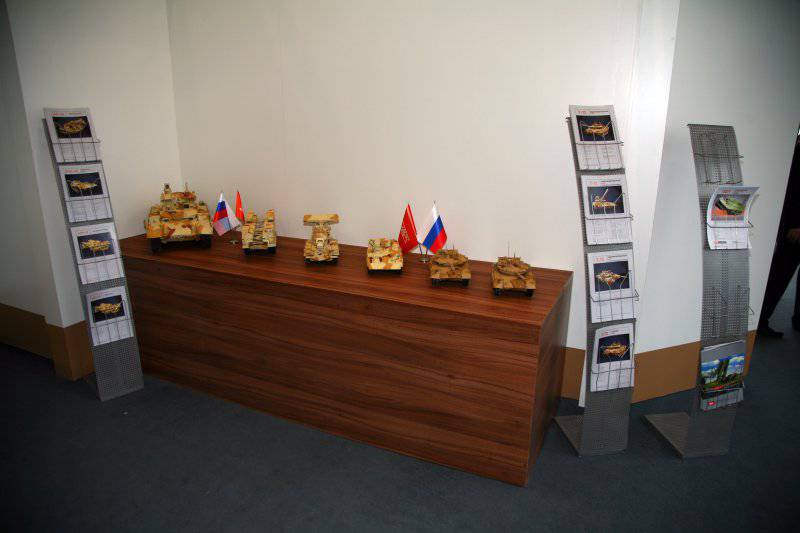 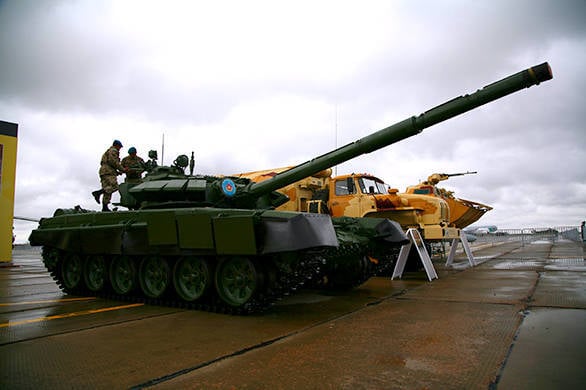 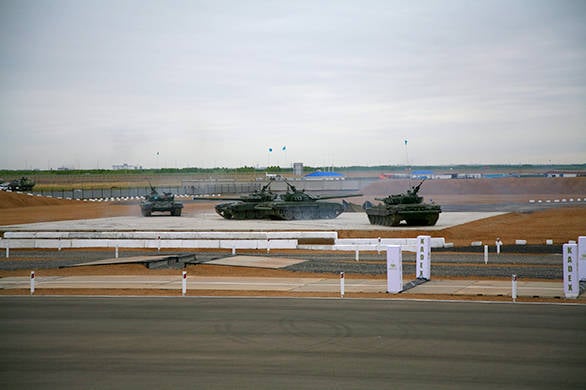 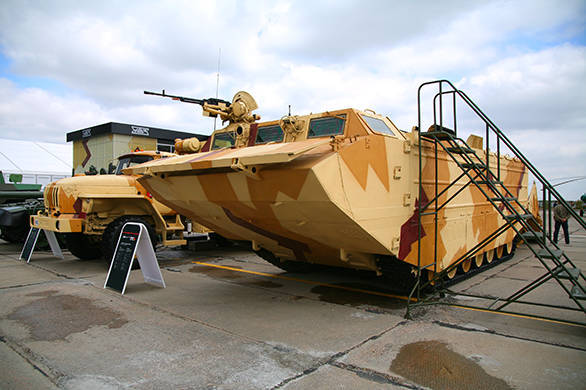 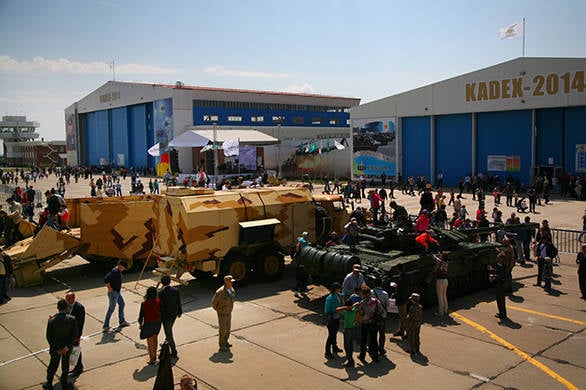 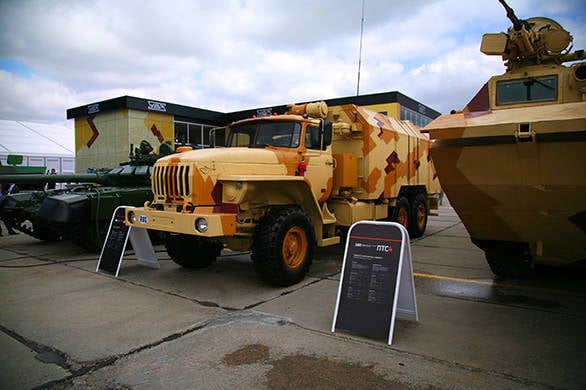