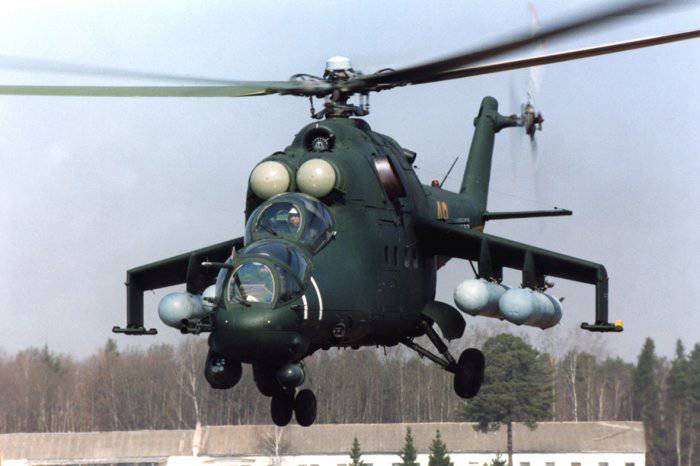 At the upcoming exhibition HeliRussia-2011, our helicopter builders will show helicopters of various classes, ranging from light to heavy, to specialists and the public. One of the world leaders in the field of helicopter construction is Moscow Helicopter Plant OJSC. ML Mila ”(JSC“ MVZ ”), which is a part of the Russian helicopter-building holding Russian Helicopters.

According to preliminary data, the new Mi-38 and several helicopters of this brand should be presented at the exhibition.

Mikhail Korotkevich, Executive Director of OJSC MVZ, told reporters about the development of this program and other projects. So, according to Korotkevich, at MVZ OJSC, according to the model range of existing and promising helicopters approved by the Russian Helicopters holding, experimental design work (OKP) on the Mi-38 helicopter is being completed. The creation of this helicopter is one of the priority programs in the field of the current civil aviation. The Mi-38 is a helicopter with a higher payload compared to the Mi-8/17 line of machines. It is included in the state order, and by 2015 it is planned to launch the helicopter in mass production.

Already the 4 prototypes are at different stages of testing and preparation. Thus, the Mi-38 OP-2, which is equipped with PW-127 / TS engines, remains on certification tests. Another prototype is also being assembled with Russian TV7-117В engines (Mi-38 OP-1). Another helicopter with a Russian engine (OP-3) is in the final stages of aggregate assembly with subsequent transition to testing in the 2012 year. Systems and units are manufactured for the fourth prototype helicopter. In the course of testing all experimental machines, it is planned to determine the type of Mi-38 helicopter, which will later be mass-produced. The 2014 year is scheduled to receive certificates of 2-x variants of the Mi-38 helicopter.

The company also remembers the line of Mi-8 / 17 helicopters. Now, on the basis of the technical assignment of "Helicopters of Russia", OCD begins, connected with the deep modernization of the Mi-171А1 helicopter. The new helicopter received the designation Mi-171А2. This task is designed for 3 year. At the end of this period, the holding intends to bring to the market an advanced and certified helicopter, which, as foreseen, will be able to provide sales of equipment in this niche during 10 – 15 years.

In addition, JSC "MVZ" carries out various types of work to improve the Mi-8 / 17 helicopters for foreign and Russian customers. For example, together with the Kazan Aviation Plant OJSC, the company is working to improve the Mi-17В5 helicopter for the Indian Armed Forces. Moreover, the last 1,5 of the year Mi-17В5 is one of the priority projects of JSC “MVZ”. At present, the helicopter has been handed over to the customer for joint flight tests, Korotkevich said.

As part of the military segment, the company continues to upgrade the Mi-28H helicopter. Specialists of the plant defended the conceptual design and began developing the necessary documentation. Now the first stage of modernization has been completed, which JSC “MVZ” went along with JSC “Rostvertol” during the creation of the training and combat modification of this helicopter. Documentation on the nose of this helicopter, which has full control for the 2 crew members, has been published in electronic form. A prototype of such a machine has now been put into production, the director of the company said.

It is also planned to continue this work together with the Defense Ministry of the Russian Federation. Along with this, foreign customers have already shown keen interest in the Mi-28 helicopter on the Rosoboronexport line, Korotkevich noted.

As for the Mi-24 / 35 helicopters, some time ago the plant, together with Rostvertol, had modernized the helicopter, and the new machine was designated the Mi-35М. It should be noted that in the Mi-35М the units with the Mi-28Н are partially applied. The Mi-35M helicopter is already being sold to foreign customers. This year, the Russian defense ministry also ordered a Mi-35M helicopter.

In the segment of light helicopters, work is currently underway to modernize the Mi-34С. The upgraded helicopter received the designation Mi-34C1. The company wants to make this car more commercially attractive to potential customers not only from Russia, but also from other countries. At JSC “MVZ” it is expected that the upgraded Mi-34C1 will satisfy the needs of even the most corrosive consumers. The demand for this car can be ensured by the fact that during its modernization specialists took into account and considered the positive experience of new foreign light helicopters, such as EC-120, R-44 and others. The result was a solidly designed helicopter with high design operational and flight performance. Specialists of the plant hope that these characteristics will be confirmed during the testing process of the machine. A very attractive price is expected to increase the competitiveness of the MI-34C1. Helicopter demonstration is expected at the MAKS-2011 air show. The serial production of the Mi-34C1 is scheduled to begin at the end of 2012 at Progress Arsenyev Aviation Company.

Mikhail Korotkevich said that as a long-term perspective, JSC “MVZ” considers the development of a promising high-speed helicopter (PSV). This machine must be a completely new generation helicopter. In his opinion, PSV should have such advantages as a significantly reduced flight hour price and a small cost of paid load. But the weight segment of PSV has not yet been determined, while pre-project studies are underway, the director said.

Touching on the issue of combat aviation, Korkokevich noted that the company is developing in the direction of creating a promising combat helicopter. But so far there is no serious need and, as a result, a domestic customer’s interest in it.

In the course of further conversation, Korotkevich noted that JSC “MVZ” is currently actively cooperating with existing and potential foreign customers. China is showing great interest in Russian helicopters, especially in the area of ​​creating the latest and most efficient heavy transport vehicle, according to PLA requirements. This topic is touched upon in almost every bilateral negotiations. The company, for its part, has prepared the necessary proposals on this topic, technical consultations are underway. China’s interest in this area continues unabated, and the Ministry of Industry and Trade of Russia actively supports this issue.

Regarding other projects, they mostly concern the installation of various foreign equipment on the upgraded or developed helicopters. As a rule, the initiative comes from customers who want to install certain systems or complexes.

There are many examples, including cooperation with leading European manufacturers. Thus, the project of the helicopter Mi-171А2 provides for the use of the developments of Western companies in the field of increasing operational safety. Products of French companies, the company plans to use on the helicopters Mi-38 and Mi-34C1, and samples of avionics of foreign development and production have long been introduced on our machines.

Referring to the personnel policy, Korotkevich noted that as a result of working with young specialists, stimulating them for 3, the company managed to reduce the average age of the plant workers. Today 30% of specialists of the design bureau of JSC “MVZ” in the age category up to 30 years. He noted that young, talented designers and engineers, those who give themselves to the profession as much as possible, have a good career prospects at JSC “MVZ im. M.L.Milya "
Ctrl Enter
Noticed oshЫbku Highlight text and press. Ctrl + Enter
Military Reviewin Yandex News
Military Reviewin Yandex Zen
3 comments
Ad