27 May 2014
23
On Monday, May 26, at the Chinese naval base Usun (Shanghai), events were held to mark the end of the joint naval interaction-2014 exercises. As part of these exercises, Russian and Chinese sailors showed their skills and abilities, as well as demonstrated the ability to work together to perform various tasks. For the third time, the Russian Navy and the Chinese Navy hold joint training activities in the East China Sea, and again receive good results. 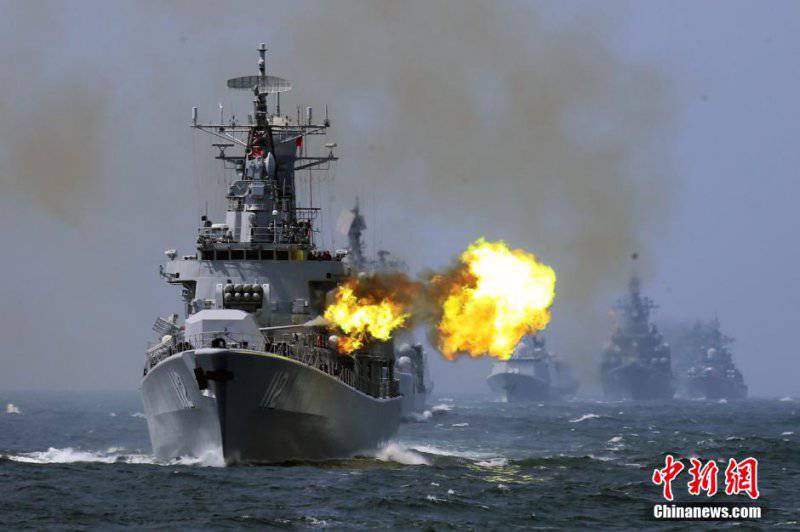 In the foreground is firing from 2х100-mm artillery mount Chinese destroyer pr.052 "Harbin"

From Russia, several ships and vessels of the Pacific participated in the exercises “Maritime Interaction-2014” fleet. On May 14, the Guards missile cruiser Varyag, the large anti-submarine ship Admiral Panteleev, the destroyer Bystry, the large landing ship Admiral Nevelskaya, as well as the sea tug Kalar and the tanker Ilim left for China. Within a few days, the Russian naval force reached Shanghai, where a detachment of Chinese ships joined it to participate in joint exercises. From the Chinese side, the Zhengzhou destroyers (one of the newest PLA Navy ships commissioned last year), the Harbin and Ningbo destroyers, as well as the Yantai and Liuzhou frigates and two submarines took part in the maneuvers. Implementation of auxiliary tasks was assigned to the supply ship Qiandaohu and a number of other vessels.

The 2014 Marine Engagement exercise started on May 20. The opening ceremony was attended by the heads of two states, Russian President V. Putin and Chinese President Xi Jinping. The Russian president noted that military cooperation between the two countries is developing fruitfully and expressed confidence that this trend will continue in the future. Xi Jinping recalled that this is the third joint exercises of the fleets of the two countries. He stressed that the Maritime Interaction-2014 exercises will once again show the readiness of China and Russia to resist threats in the region together.

The first item on the Marine Interaction-2014 maneuver program was command and staff exercises. In the first two days of joint work, the Russian and Chinese commanders were practicing the skills of managing ship formations and solving emerging problems without the participation of ships. The command-staff phase of the exercise lasted two days. While the commanders were training to control the actions of the ships, the Russian-Chinese naval formation was preparing for the active phase of the exercises in the northern part of the East China Sea. 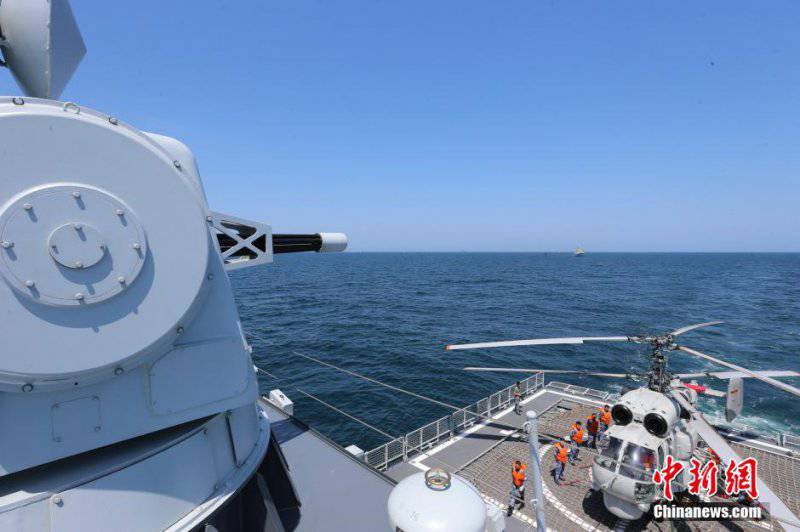 Four for the active phase of the exercises for Russian and Chinese ships, aviation and the marines had to perform several different tasks. So, one of the first combat training missions was the discovery of a ship captured by a conditional enemy, and its further release. The Marine Corps of the two countries successfully coped with the task and neutralized the conditional enemy. Other tasks for practicing anti-piracy actions included escorting a civilian ship and counteracting boats of a conditional enemy. Boats were driven out of the protected area by Ka-27 helicopters. During this training operation, warning fire was opened from helicopters.

In addition, the ships of the two countries have worked together in the performance of various search and attack missions. In the course of the “Sea Interaction-2014” exercise, Chinese and Russian sailors had to deal with the detection of air and surface targets. An interesting stage of the maneuvers was the training events held by 23 in May. The ships of the two countries held a practical joke on mutual resistance. Acting in two groups opposing each other, the ships of Russia and China collected and transmitted information about the finding of a conditional enemy. The main task of this rally was the application of a conventional missile strike. The culmination of the active phase of the exercise was shooting with the use of various weapons.

At the end of the active phase of the exercise, event managers spoke about its progress. According to the head of the exercise from the Russian side, Deputy Commander-in-Chief of the Navy, Vice Admiral A. Fedotenkov, all the tasks were successfully completed. He also noted that the seafarers of the two countries had to perform some tasks in difficult hydrometeorological conditions. However, bad weather did not prevent the ships and aircraft of Russia and China successfully cope with all training tasks. 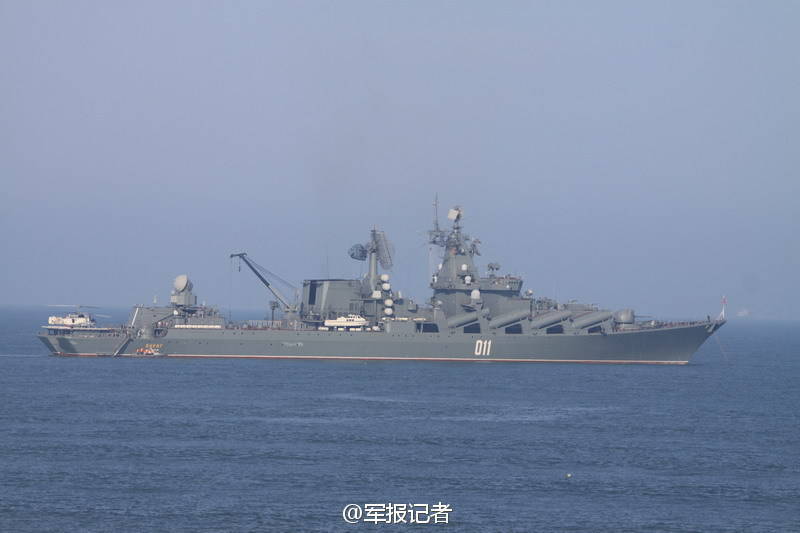 The most important achievement in the framework of the exercise was the successful organization of joint management of the ship group and aviation. Coordinated management allowed to conduct all training activities in a difficult shipping situation and intelligence activities of third countries.

The head of the exercise from the Chinese side, Tian Zhong, stressed that the participants of the maneuvers made the right decisions in a timely manner and thanks to this they were able to successfully complete all the tasks. The Chinese admiral believes that the Sea Interaction-2014 exercises have enriched the experience of joint actions by the Russian Navy and the Chinese Navy.

26 May was the official closing of the exercise. Residents of the Chinese city of Shanghai had the opportunity to get on a tour of the Russian Guards missile cruiser "Varyag". On Monday evening, Russian ships left the port of Shanghai and headed home. The command of the Russian Navy has already begun to analyze the actions of the ships during the last exercises. Based on the results of the analysis, a list of proposals for the command of the armed forces of the two countries will be prepared. In addition, preparations will begin for the next joint exercises scheduled for next year.

The first Russian-Chinese maritime engagement exercises were held in April 2012. In early July, 2013 ships, aircraft, helicopters and marines of the two countries again took part in joint maneuvers. The dates of the fourth exercise "Marine Interaction-2015" have not yet been announced. 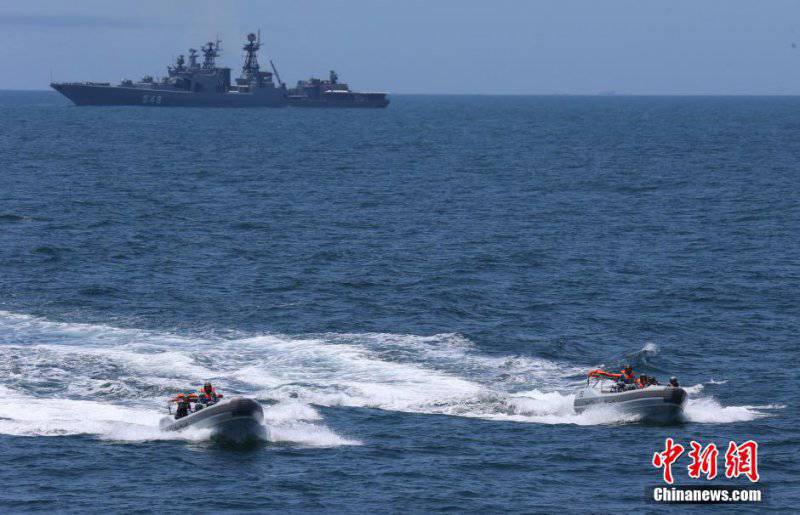 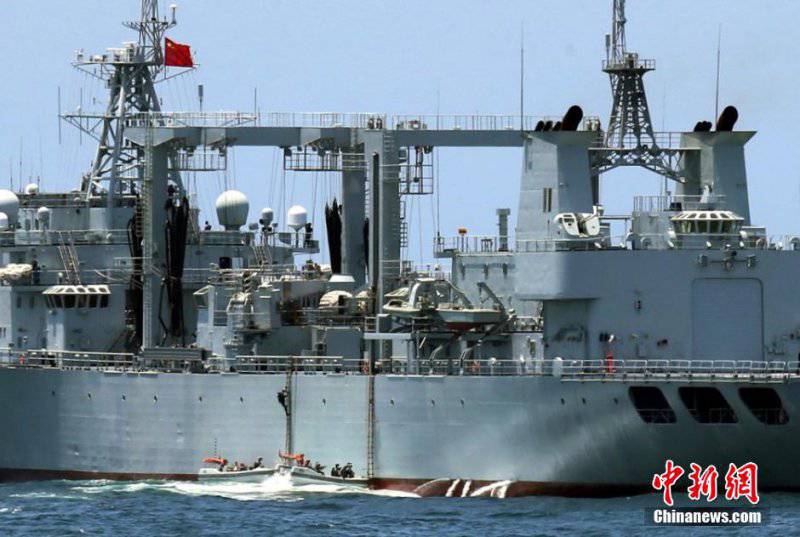 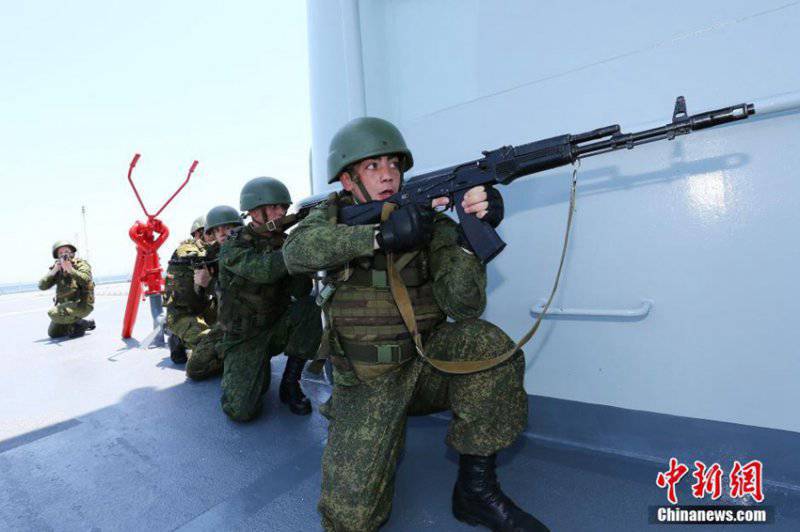 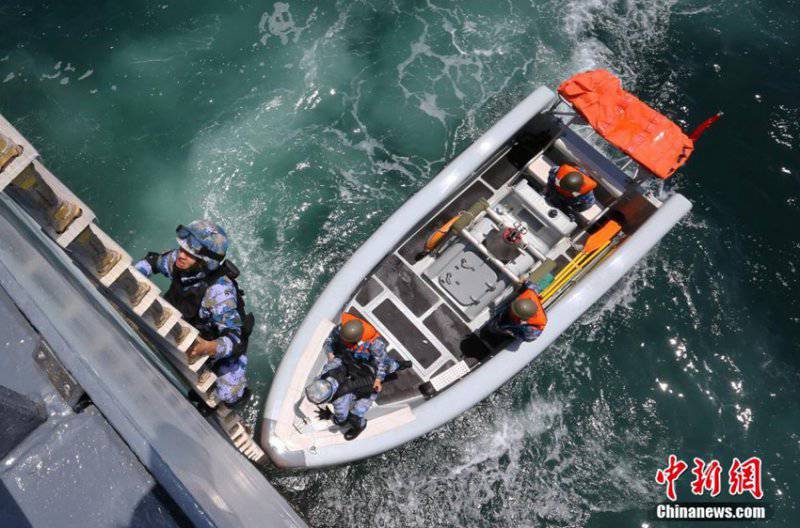 Testing the joint release of the ship captured by pirates 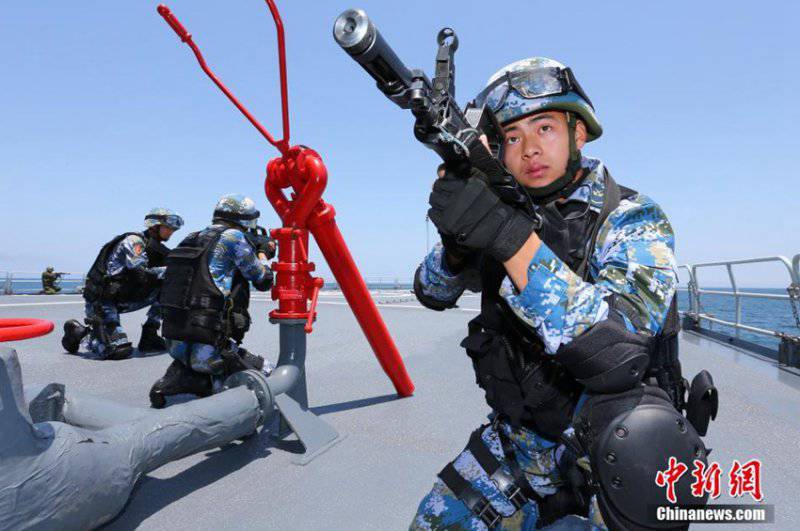 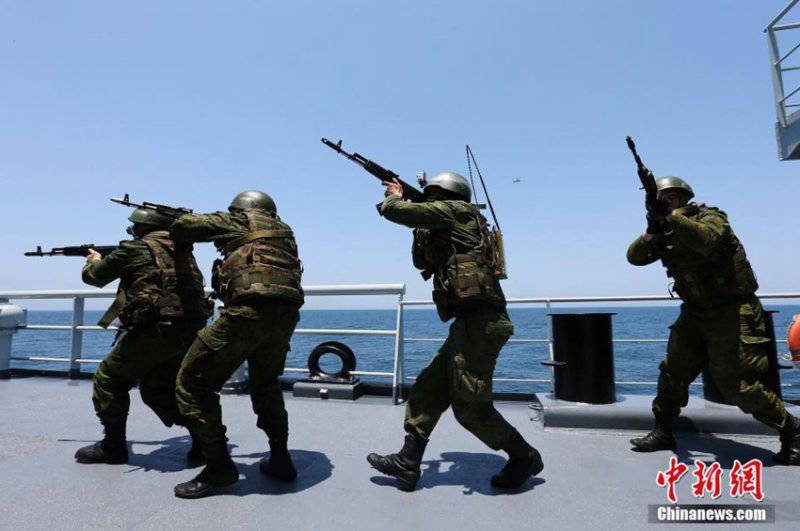 Ctrl Enter
Noticed oshЫbku Highlight text and press. Ctrl + Enter
We are
According to the results of the exercises "Marine Interaction-2013"Guards missile cruiser "Varyag"
Military Reviewin Yandex News
Military Reviewin Google News
23 comments
Information
Dear reader, to leave comments on the publication, you must sign in.