26 May 2011
6
The sixth International Salon of Armaments MILEX-2011 is gaining momentum. In Minsk continues to show the achievements of the military-industrial complexes. The exhibition is somewhat intimate - there is no motorized show, the exposition is static, but very interesting. And there are a lot of guests on it, including from very far abroad.

According to the chairman of the state military-industrial committee of the Republic of Belarus, Sergei Gurulev, close military-technical ties are being maintained with almost forty countries. And it can be seen at the Minsk salon. Representatives of the Arab and African countries a lot. Significantly, compared to previous exhibitions, the number of guests from China has increased. Belarus and China are experiencing a real boom in expanding their relations in all areas.

The interest of foreign guests is often explained by the fact that Belarus was able to preserve the sector of its high-tech industry and the scientific and engineering potential accumulated during Soviet times. And the Soviet samples of military equipment are still in the arsenals of many countries of the former third world.

However, Belarusians managed not only to preserve, but also to develop their defense industry potential. The local defense industry literally gushes forth with various innovative ideas that quickly become embodied in metal.

The Belarusian enterprise "Tetrahedr", for example, shows the products created recently. They embody the most advanced technology. This is a mobile anti-aircraft missile system Т38 Stilet and multipurpose rocket-gun complex А3, in which the autonomous combat module is a highlight. 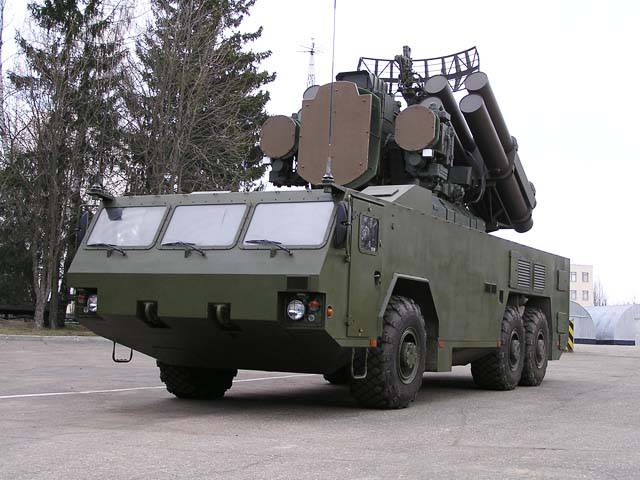 "Stiletto" is notable for the fact that this is the first mobile air defense system, created in the Republic of Belarus, but using components produced in Russia and Ukraine. It was created as a modernization project of the well-known OSA of the Ground Forces "Osa". However, in the course of many years of work, the Belarusian engineers came to the conclusion that they were able to create a completely original product that would significantly surpass the old, albeit greatly modernized complex. Thus was born the 38 with the original Stilett rocket, a product of Belarusian-Ukrainian cooperation. The creation of the rocket is completed in one of the specialized design offices in Kiev. "Stiletto" will be able to hit almost all types of air targets, including unobtrusive cruise missiles.

"А3", which stands for a system capable of being used against air targets, ground-based enemy equipment and against saboteurs - that is, three "anti", has no analogues in the CIS. The bottom line is that at sites well-disguised and protected by minefields, remote from each other at a certain distance, up to several kilometers, modules are installed that are equipped with modern optical-electronic surveillance systems, coupled with computer fire control units. Depending on the tasks to be solved, small anti-aircraft, guided anti-tank missiles, machine guns and other weapons can be installed on each module. The optics of the module scans a given area along the ground and air. Information on the cable or radio relay line is transmitted to the central control center. And then - according to the situation. The goal must be destroyed, it will be done instantly and completely unexpectedly for the enemy. It is necessary to transfer the coordinates of the moving object to another module - no problem. 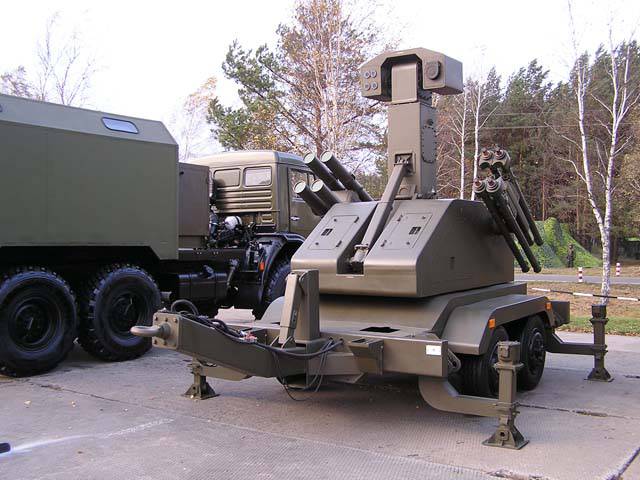 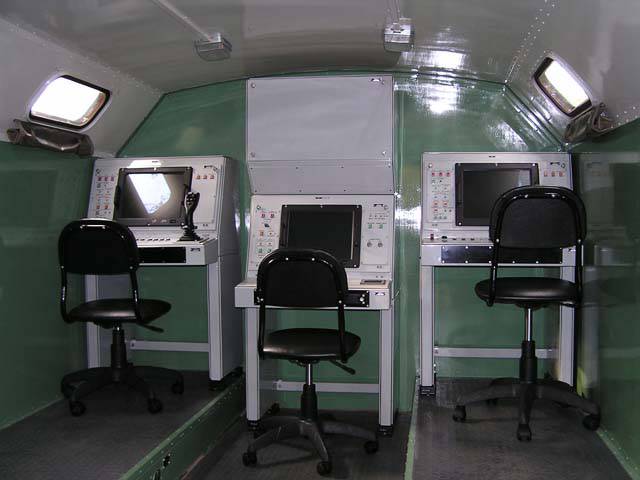 Such an effective system of comprehensive protection of important objects and hard-to-reach sections of the state border today cannot but be in demand. It is not by chance that the military delegations of all ODBK countries got acquainted with the “A3” very carefully. It is noteworthy that Russian know-how is implemented in this product along with the Belarusian and Ukrainian technologies. In general, it becomes obvious that the most advanced models of modern technology, including military equipment, can be created today only as a result of cooperation of leading enterprises of various countries.

A striking example of this is one of the best in the world. tank multichannel sights "Sosna", created as a joint Belarusian-Russian-French product.

It is not by chance that the state corporation Russian Technologies is activating a wide variety of projects with the participation of Belarusian enterprises. To a large extent, therefore, the Russian exposition on MILEX-2011 is the largest among foreign participants. However, we should probably not consider us foreigners in the Republic of Belarus. However, but we are building a Union State.