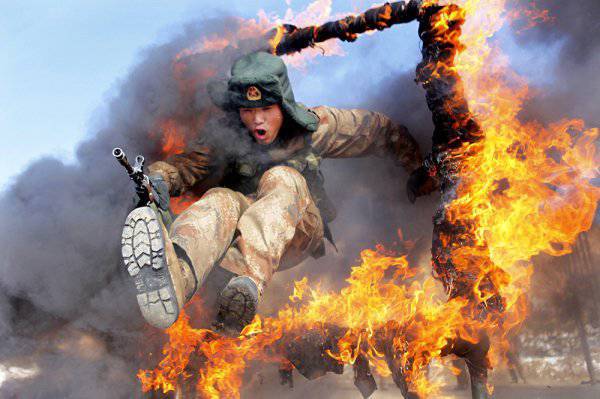 The Chinese military-industrial complex creatively combines borrowing foreign technologies with its own breakthrough developments. As a result of his Tanks armed with lasers, the air force has an invisible bomber, and nuclear warheads are hidden in an extensive network of underground tunnels.

The basic small arms of the People’s Liberation Army of China is the 95 family, consisting of an automatic rifle, an assault rifle, and a machine gun of the same design, using an 5,8 millimetric light-duty cartridge.

Weapon performed according to the bullap scheme: the shop is located behind the handle with a trigger. The submachine gun is capable of firing single shots and continuous bursts. The cocking handle is located under the carrying handle, the standard sight has three range adjustments: 100, 300 and 500 meters. It is also possible to install optical and night sights.

Under the short barrel there is a place for a bayonet or several types of grenade launchers. The design of the flame arrester allows you to shoot rifle grenades. The 95 type machine gun is recognized to be very effective in combat at short distances, but at long distances it is difficult to fight with it. In addition, the sleeve case window is located on the right side close to the shooter’s face, which excludes the possibility of using the machine gun by left-handers. 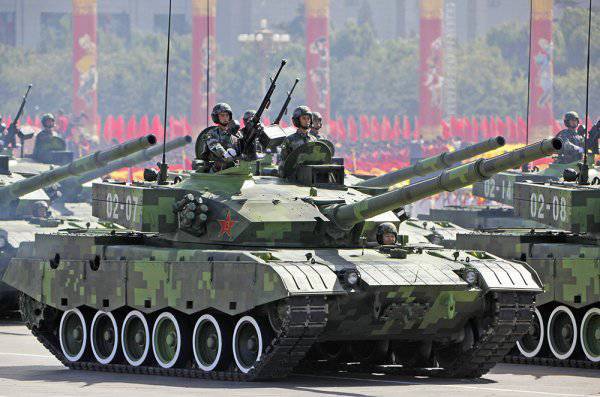 The main Chinese tank Type 99 is the development of the concept of the Soviet T-72, but in terms of combat characteristics far surpassed not only the prototype, but also modern counterparts. First of all, he got rid of the Achilles heel of all Soviet tanks, starting with the T-64: weakened armor in the area of ​​the hatch of the driver. At 99, a new welded turret is installed, the combined armor (composite material between two layers of steel) is enhanced by built-in dynamic protection, which prevents enemy shells from touching the tank.

The aft part is enlarged to accommodate a massive German horsepower 1200 diesel. Tower layout also resembles a German tank "Leopard". The main weapon of the tank - a smooth-bore 125-millimeter cannon - is a creative processing of Russian tank guns 2А46 (mounted on T-80).

Chinese experts claim that their armor penetration rate by 45 exceeds the Russian one and a third better than the German RH-120 (Leopards and American Abrams are equipped with it). This is achieved thanks to armor-piercing shells with depleted uranium cores. Experts believe that China has received the technology for the production of such shells from Israel, although both countries deny this.

Special mention deserves the tank complex laser countermeasures. The mushroom growth in the middle of the tower is a sensor of laser irradiation (and at the same time serves for laser communication between tanks). A quantum generator is located behind the gunner's hatch. When an enemy laser beam is detected, a response beam of weak power is turned on, which determines the exact location of the target, after which the beam power instantly increases to a critical one. The system can destroy the human eye or damage the optics at a distance of 10 kilometers. The complex of laser counteraction is also used to combat low-flying helicopters. 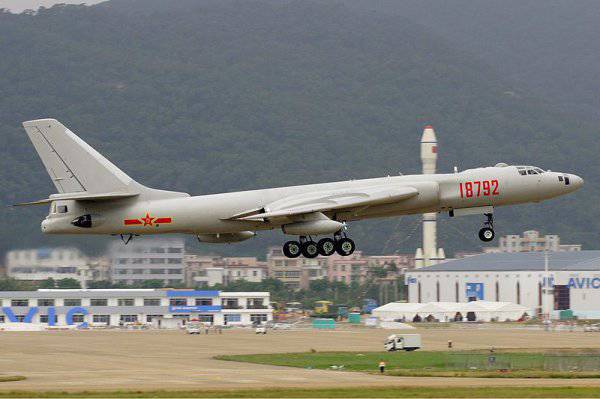 According to official figures, the basis of strategic aviation China is a heavy bomber H-6K, a deep modernization of the Soviet Tu-16. It is armed with six long-range cruise missiles with a range of up to 3000 kilometers. Missiles are suspended under the wings, in the fuselage are fuel tanks and electronic warfare equipment. Like the Russian Tu-95 or the American B-52, thanks to a successful glider, modernized engines and modern electronics, the H-6K is able to remain in service for a long time.

The "dark horse" of the Chinese Air Force is called the H-10. This strategic bomber is built according to the “flying wing” scheme - like the American B-2 Spirit, - and equipped with four engines built using American and Russian designs. The aircraft is steeped in technology: carbon-based composite materials, radio-absorbing and radio reflective coatings.

The maximum speed of the H-10 is 1500 kilometers per hour, the range 13 is thousands of kilometers. The aircraft is capable of carrying up to 12 cruise missiles, free-fall and guided bombs. All of them are equipped with nuclear warheads.

The bomber has a satellite navigation system, a powerful complex of electronic countermeasures and the ability to refuel in the air. According to the Pentagon, F-111 and B-2 technologies stolen by Chinese intelligence were used in its production.

Jeep with a howitzer 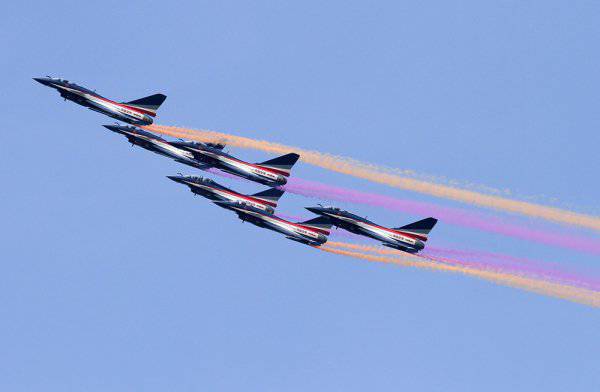 The 122 mm SH2 self-propelled gun mount was developed by the Chinese national corporation Narinco. The mobile platform of the gun is an SUV, strongly reminiscent of the American Hummer, but with the 6x6 wheel formula. In front of the car is the engine and lightly armored cabin. On the back of the special platform is a weapon that can be rotated 360 degrees. For firing, the installation rests on two powerful hydraulic supports, remotely controlled. The transfer from transport to combat and back takes several minutes. The car chassis is equipped with a single tire inflation system and can reach speeds of up to 90 kilometers per hour. Small weight and dimensions allow you to transport self-propelled guns in a transport aircraft.

The gun is a copy of the well-proven Soviet howitzer D-30 and is equipped with a new muzzle brake and electric guidance. The fixture is equipped with a navigation and precise positioning system, automatic control and fire control. It is able to exchange information with the command post and other installations via closed communication channels.

The maximum firing range of the SH-2 conventional projectile is 22 kilometers. Active-reactive type ERFB-RA - up to 27 km. It can also fire with new, adjustable, semi-active laser-guided munitions created in China based on the Russian Krasnopol shell. 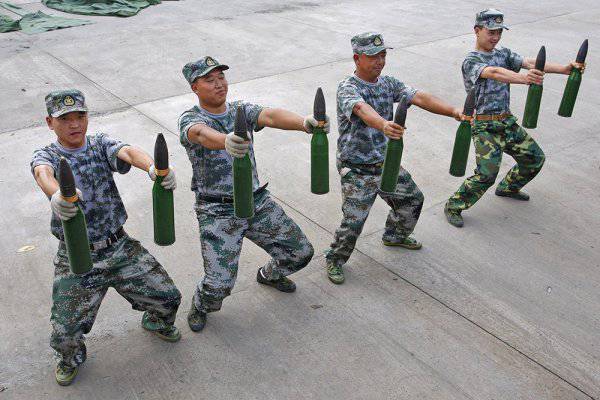 Information about China’s nuclear arsenal is fragmentary and contradictory due to the secrecy surrounding it. According to a US Department of Defense report published in 2013, the Celestial Empire has 50-75 intercontinental ballistic missiles, some of which are in the mines, the rest on submarines.

However, the earthquake that occurred in 2008 in the province of Sichuan revealed a network of underground tunnels - according to a study by American experts, their length is 4800 kilometers and they hide up to 3000 nuclear warheads. Official Beijing acknowledged the existence of the tunnels, the warheads were silent.

In addition to the missiles, China has JH-7 Flying Leopard attack aircraft, surpassing US F-111 in range and payload and capable of carrying tactical nuclear weapons. The Russian Su-30 fighters, purchased by Celestial Empire in the number of 100 units, have the same property.