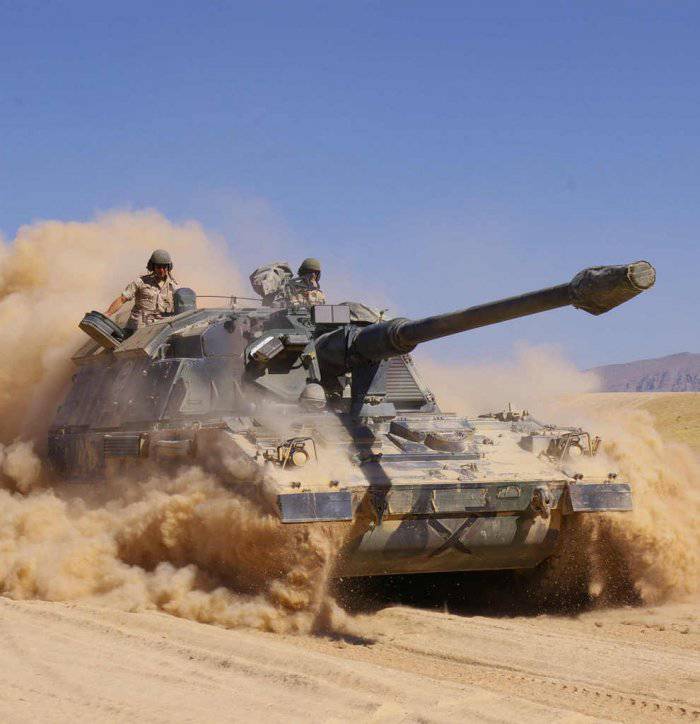 One of the most modern howitzers in the world is the German Panzerhaubitze 2000 (in an abbreviated version - PzH 2000, where the digital index indicates the new millennium). Experts unanimously refer it to the perfect model of field artillery in the world, having a serial release.

This 155-mm self-propelled howitzer gun was developed by the German concern Krauss Maffei Wegmann - what makes one of the best Western European tanks Leopard 2. By the way, many of the components and assemblies of this tank are widely used in the transmission of self-propelled guns. The Bundeswehr entered the arsenal of howitzers at the end of 1998, although engineers began working on sketches of this system back in the mid-70s of the last century. The impetus for the creation of the howitzer was the failure of the German-Anglo-Italian program to develop a 155-mm self-propelled howitzer gun SP-70. The new PzH 2000 self-propelled system was developed taking into account the modern concept of war, i.e. the howitzer should destroy the target from a long distance with one salvo and leave the firing position as quickly as possible. The howitzer is designed to destroy area and point targets, primarily tanks and armored combat vehicles, fortifications, as well as enemy manpower. To accomplish these tasks, the modern gun is equipped with a muzzle brake and an ejector. The barrel with a rifled channel has a length of 52 gauges, that is, 8 meters. The howitzer is equipped with an automatic loading system. Ammunition self-propelled guns is 60 rounds and 228 modular projectile charges. Additional equipment includes a 7,62 mm MG3 machine gun (ammunition - 2000 rounds) and 8 grenade launchers for firing smoke grenades. 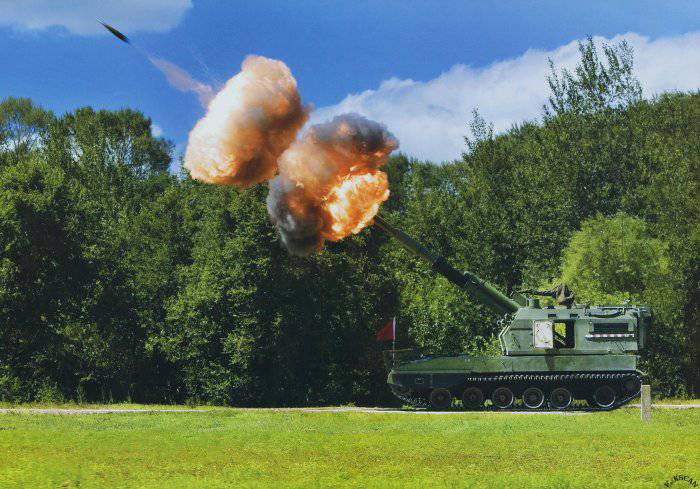 The howitzer shoots all NATO standard ammunition, including homing and with a nuclear charge. For the first 9 seconds, 3 projectiles can fire, then the rate of fire depends on the heating of the barrel - 10-13 projectiles per minute. The most modern technologies are used for fire control - an automated system is capable of aiming the entire battery at a target. Shooting can also be carried out using the MRSI (Multiple Round Simultaneous Impact) technology, which allows you to change the trajectory of each subsequent shot. So, a howitzer can cover one target almost simultaneously with five shells. The crew can fire both independently and in cooperation with the battery or divisional command and control and fire control points. The PzH-2000 battery needs exactly 2 minutes to open fire from the traveling position, carry out 8 artillery volleys and leave the firing position: vital characteristics in our time of mad speeds. A howitzer fires a standard L15A2 projectile at 30-35 km.

However, this self-propelled gun can compete for firing range even with multiple rocket launcher systems - during the ground tests, a projectile specially designed by the South African company Denel “flew” 56 km. And this is not the limit, since the range of the projectile was determined outside the range. 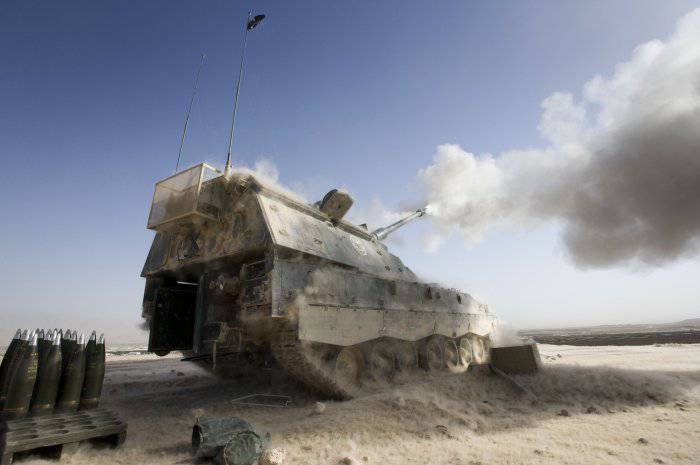 The crew of the howitzer is reliably protected by armor, capable of withstanding shots from a large-caliber machine gun and shrapnel of artillery shells. Self-propelled howitzer equipped with protection systems weapons mass destruction, fire warning, ventilation system, fire extinguishing, as well as dynamic armor, protecting from cluster shells not only from the side, but also from above.

The turbocharged 8 cylinder diesel engine can reach speeds of up to 60 km / h. Self-propelled gun can overcome slopes up to 30 degrees and vertical obstacles more than a meter high.
Ctrl Enter

We are in Yandex Zen
155-mm Artillery Systems News
155-mm self-propelled howitzer XM1203 NLOS-C (Part 1)
18 comments
Information
Dear reader, to leave comments on the publication, you must to register.