US Navy to be engaged in geothermal energy

21 May 2014
0
The US Navy actively uses various unmanned systems, including submersibles and automatic stations. Remote-controlled mini-submarines are used to survey certain areas, and stationary automatic stations are assigned the task of detecting a potential enemy submarine. This technique has great prospects, since it can be used to solve a wide range of tasks. Nevertheless, the development of energy sources and batteries seriously hinders the progress in the field of automatic and remotely controlled systems. To solve this problem, the US Navy is launching the PREUS program. The work is the responsibility of the Office of Naval Research. 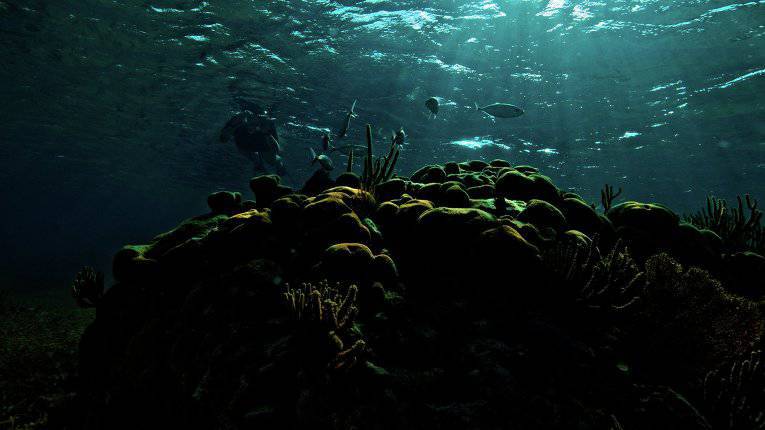 The ultimate goal of the PREUS project (Persistent Renewable Energy for Undersea Systems - “Permanent Renewable Energy for Underwater Systems”) is the construction of a large number of underwater power plants that can operate various subsea equipment. The proposed idea implies the installation of autonomous power stations at the bottom of the oceans, capable of providing stationary systems with energy (submarine detection systems, etc.) or unmanned submarines used in patrolling. The presence of such power plants will significantly increase the operating time of the unmanned vehicles, since it will no longer be “tied” to the coastal or ship power systems.

To reduce the cost of operation, as well as to avoid dependence on energy, promising underwater power plants of the PREUS project are supposed to be made geothermal. The power plant will be located in areas of activity of underwater volcanoes and use their heat to generate electricity. Such a proposal has several advantages. Thus, the PREUS power plant will not need a constant supply of fuel, which will simplify its operation while ensuring the necessary characteristics. In addition, the activity of most underwater volcanoes is such that the power station will be able to receive heat from cracks in the earth's crust for years, providing electricity to various consumers. Finally, the total number of heat sources suitable for use in the PREUS project can be estimated to be at least several hundred.

Volcanic activity can be an extremely profitable and almost endless source of energy for the needs of underwater vehicles or other equipment. The main places of concentration of volcanoes are mid-ocean ridges, the total length of which exceeds 70 thousand kilometers, as well as nearby bottom areas. Ridge volcanoes account for about 30% of the heat generated by the entire planet. The temperature of steam escaping from cracks in the rock may exceed 300 ° C.

So far, no more than 20% of the World Ocean ridges have been studied. It is already known about 300 areas of the ocean floor at a depth of 2-2,5 km, where promising power plants of the PREUS project can be installed. Further studies of the ocean will increase the number of possible areas of equipment placement. In theory, it will be possible to place geothermal power plants in all oceans and thereby ensure the operation of various equipment in almost any area of ​​the planet.

The proposals on which the PREUS program is based make it possible to provide a large number of different types of consumers with electricity. For example, the power plant of the PREUS project may be located in the area where the hydroacoustic stations for the detection of submarines are located and supply them with energy via cables laid at the bottom. To interact with mobile remotely controlled underwater vehicles power plant can be equipped with appropriate equipment.

The advantages of the PREUS program are obvious, but it is not without flaws. First of all, this is complexity. For effective work, the proposed system should consist of tens or hundreds of autonomous underwater geothermal power plants. Thus, the mere construction of all the necessary equipment can cost the US Navy in a huge amount, up to several tens of billions of dollars. To this should be added the costs of developing promising power systems.

There are already projects of such power plants, but so far they are all far from practical application. All proposed projects require additional research and design work. The status of all these projects does not allow us to talk about the timing of their implementation. Nevertheless, it can be assumed that the first power plants of the PREUS system (if the program reaches the network of stations) will appear no earlier than the next decade.